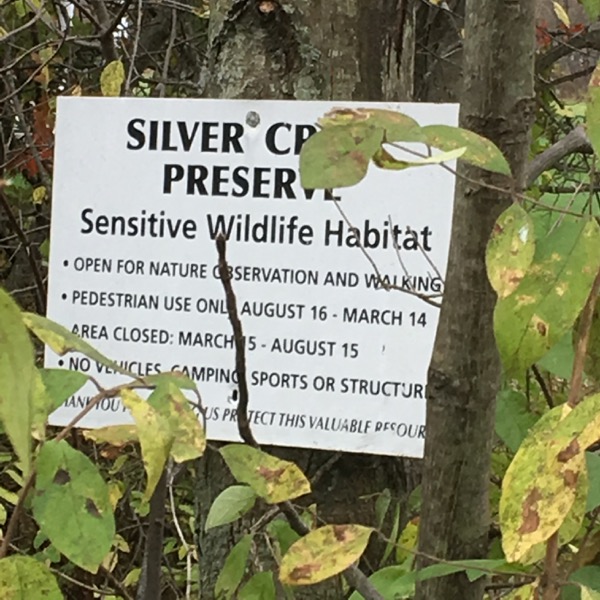 But here? At the Silver Creek Crossing Property? Not really.

There are parts of Suffield that look to me like some developer bought some former farmland and quickly built a bunch of large cookie-cutter houses. These large, gleaming houses have no trees of course. I think that’s their most glaring fault and I’m pretty sure I would totally hate living in an open field with no trees and neighbors 10 feet away. 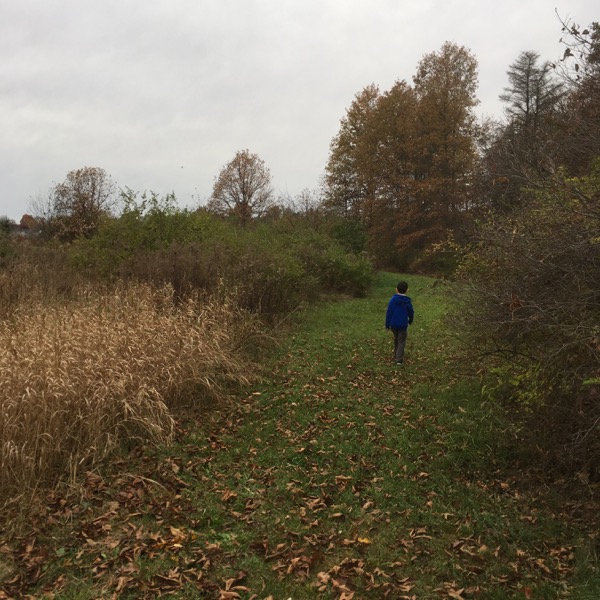 But whatever. I’m the outlier.

It took me a couple passes, but I eventually found the SLC’s Silver Creek Crossing Property. It’s here, past the 5th house on the right off of Hickory Street. 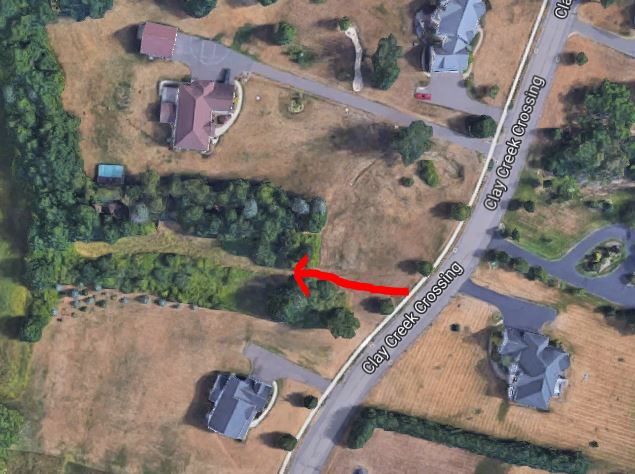 As a seasoned pro at finding these types of places, I was able to nail this one armed only with the SLC’s published clue of “along Clay Creek Drive.” The row of vegetation gave it away.

West of that screen grab is a large, open field. This is, I think, all part of Silver Creek Crossing. After all, the thing is 75 acres and extends from Route 75 to Route 159 somehow.

Why am I telling you all this? All Calvin and I did was walk down the path from the subdivision road to the field. We got barked at by some dogs. 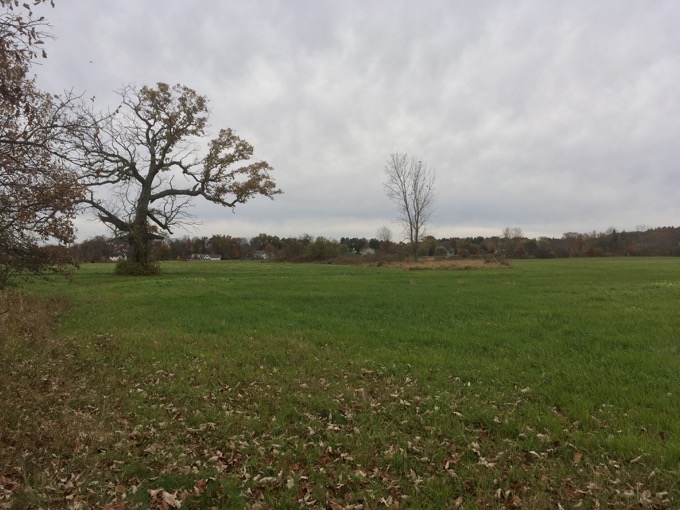