I realize I will sound like a crank for the next five minutes of your lives, but I don’t care. It’s true I don’t enjoy grocery shopping, but I really don’t hate it either. It’s just something I have to do every few weeks and I don’t really have too many issues with the various local stores I shop in. 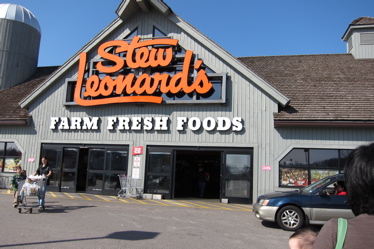 Not being from Connecticut, I had never even heard of Stew Leonard’s until they opened a store in Newington relatively recently. Even then, I didn’t know much about it other than the “World’s Largest Dairy Store” claim they like to promote. So I put it on my CTMQ-to do list and sort of forgot about it.

Then, for some (much appreciated) reason, we received a $50 gift card to Stew’s. It took us three months to get up the gusto to go, but we went and experienced the “world’s largest cluster… er, dairy store.” 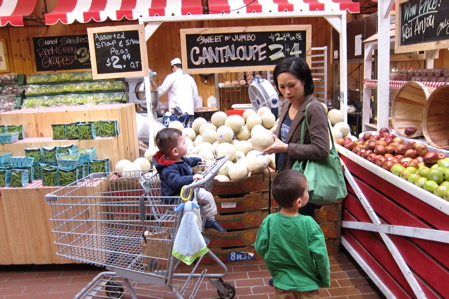 Again, I was previously 100% ignorant in they mysterious ways of Stew Leonard’s. I have only been this one time – and will most likely never go again. I hated it. But moreover, my whole time there I was wondering why in the world anyone would shop here on purpose. I was – and still am – completely vexed by this.

I wrote this in 2012 and can report I’ve returned a few times in the 8 years since I’m writing this paragraph. We buy our Christmas trees there and have poked around a few more times. It might just be me, but I think they made the store easier to navigate, but we still only go once per year at most. 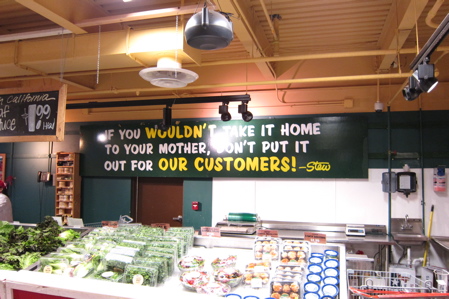 There is a lot of juicy dirt about the store and its owners online. Stew Sr. did some jail time for skimming off the books, cheating with the store scales and then covering for his sons. Then his sons got into some legal hot water too. There are a few people incensed that they always have Fox News on their in-store televisions. I’m not going to bother with any of that stuff because frankly, the actual store experience itself should be enough to dissuade you from shopping here. 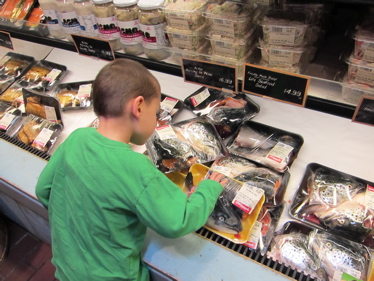 That said, the store does have some interesting and impressive history:

From its humble beginnings as a small dairy store founded in 1969 with seven employees, Stew Leonard’s has grown to become not only the World’s Largest Dairy Store, but one of the most renowned grocery stores, with annual sales of nearly $300 million and almost 2,000 Team Members…

… Stew Leonard’s history can be traced back to the early 1920s, when Charles Leo Leonard started Clover Farms Dairy in Norwalk, Connecticut. It was a state of the art dairy by the standards of the time – with a pasteurizing and bottling plant, and fresh milk delivered daily by trucks that had plastic cows on the front that “mooed” for the neighborhood children….

… Stew Leonard’s dream was to build a retail dairy store where children could watch milk being bottled, while mothers did their shopping in a farmer’s market atmosphere. In December 1969, Stew Leonard’s opened its doors – a 17,000 square foot store carrying just eight items…

… The success of this family-owned business and their legion of loyal shoppers is largely due to their passionate approach to customer service: “Rule #1 — The Customer is Always Right”; Rule #2 – If the Customer is Ever Wrong, Re-Read Rule #1.” This principle is so essential to the foundation of the company that it is etched in a three-ton granite rock at each store’s entrance….

…Stew Leonard’s was dubbed the “Disneyland of Dairy Stores” by the New York Times, because of its own milk processing plant, costumed characters, scheduled entertainment, petting zoo and animatronics throughout the stores…

Okay, so we have a grocery store, with a historical focus on dairy products (with the Stew Leonard’s imprint) that makes shopping “fun” through animatronics and people in cow outfits. Got that? 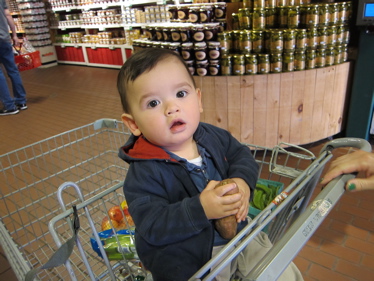 Two minutes through the door I knew I was going to hate this place. Why? Because one of Stew’s “genius” marketing plans forces shoppers to travel like a rat through the store’s purposeful maze. It’s AWFUL and actually somewhat insulting. For first-time Stew’s shoppers, the fear of forgetting something and then having to backtrack against traffic became nearly overwhelming…

The store is deafening too. Corny little productions of robot barnyard scenes play throughout the store. Yes, my kids enjoyed that and there’s something to be said for that but then again, we were grocery shopping, not having a day at the amusement park. 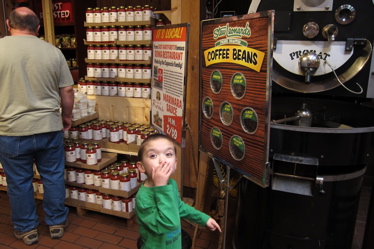 I really didn’t notice any cheaper items here than anywhere else. The deli counter did offer up free slices of cheese to me and Damian, so I’ll give them that. Also, the rat-maze layout actually does work pretty well when you come with little kids (like many, many people do, apparently.) The free samples of a few things here and there was a nice treat, but you certainly couldn’t make a meal out of it like at some places.

Despite shopping slowly and carefully, we weren’t able to find several things on our list. Furthermore, the chicken parts package we bought expired that day, which we didn’t notice so we ended up tossing it a couple days later as it smelled awful upon opening it. 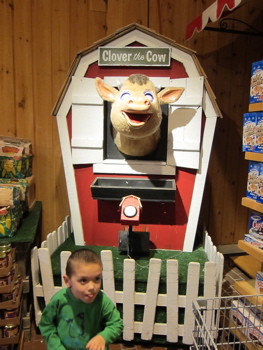 We survived the maze and made our way to the register and finally back out into the glorious real world.

Oh yeah, Stew’s won another accolade as well: “In 1992, Stew Leonard’s earned an entry into The Guinness Book of World Records for having “the greatest sales per unit area of any single food store in the United States.”

That just seems so ridiculous to me I can’t even put it into words. Sort of like Stew Leonard’s entire modus operandi. 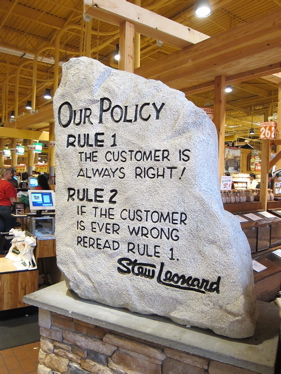