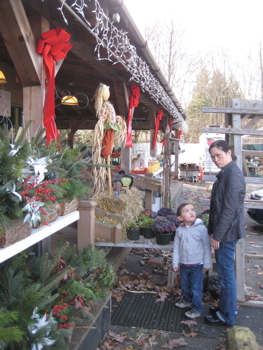 Let’s dispense with the obvious first: This is a very oddly named ice cream boutique. Ashford doesn’t have too many attractions. It was late November yet we got ice cream. Now that you’ve wrapped your head around all of that, let’s get to it.

I’m not exactly sure how this place survives, but it’s been going strong since 2005 so I guess people up here make an effort to eat concrete. The store is at the intersection of 74 and 44, so it has that going for it I guess. It’s also just as much of a garden center as an ice cream shop as well. You gotta diversify or die up here in Ashford. (I should note that they also carry Amish canned goods and pies, syrup, honey, and old-fashioned candies.)

So what in the world is “concrete?” To make a concrete, they add a “secret concoction of flavorings, extracts, nuts, fruits, chocolate, and/or coconut to a vanilla or chocolate base to make many delicious flavors. Concretes are blended so thick that they do not fall out when turned upside-down!” 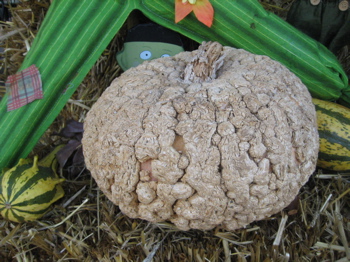 That doesn’t really answer my question. Let’s see what else they have to say:

We make our ice cream right in our Ashford store. Our ice cream is old-fashioned custard style. Once you try the smooth, dense, creamy custard ice cream, you may come back every day! Custard style ice cream is different from other ice creams because: 1. It has eggs for extra creaminess, and 2. It is served at a higher temperature (18-19 degrees Fahrenheit, so it doesn’t freeze your taste buds), and 3. It has less air (10% compared to over 50% for regular ice creams).

I don’t really know if the ice creams sold here differentiate “old-fashioned custard style” from “concrete” but I didn’t notice any signage to that effect. 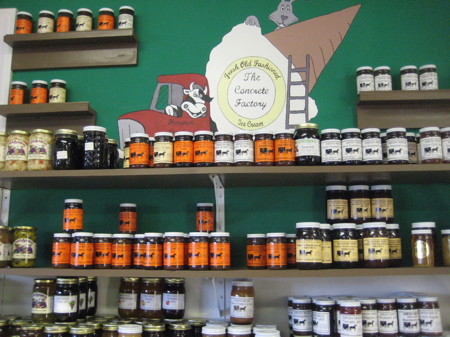 After noting the creepy brain-like gourd of some sort sitting outside, we entered the shop and were greeted with silence. It appeared the young women were making concrete, so I guess they can be forgiven. But then again, baby Calvin was with us and he makes everyone smile. Oh well. 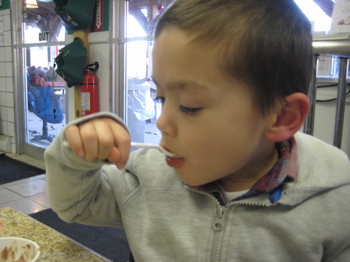 I don’t really know what I was expecting at a “concrete factory” but I guess I was hoping more of a play on the whole concrete thing. Notsomuch. Oh well… They had a decent assortment of flavors, but nowhere near as many as some places. I certainly don’t remember what we all got, but I do remember that Damian (of course) tore his up and then finished Hoang’s. 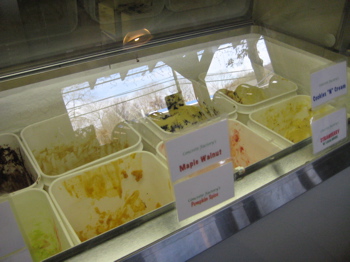 Upon leaving, I must admit I was a little mystified by the whole “custard” and “concrete” thing. I had some ice cream and while it was delicious and creamy, it wasn’t super duper delicious and crazy creamy. Maybe because in the meantime we’ve gotten (and used) an ice cream maker and have made some crazy creamy custardy treats with it. (Probably TOO creamy.)

But hey, it’s cool that this place is doing what it’s doing in the wilds of Ashford – one of our rare towns without a museum. 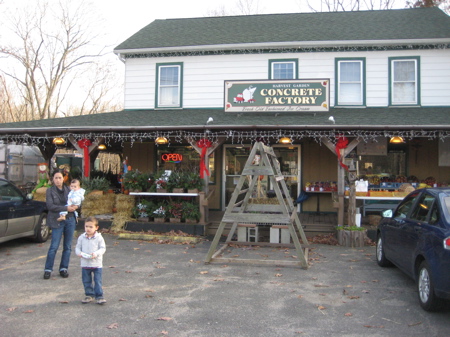 Note: If you’re in the area, head up 74 to Willington and have the incredible potato pizza at Willington Pizza. Thank me later.