I’ll never forget the first time I heard about New London’s Tox Brewing. They were a group of guys at a brewfest that invited homebrewers with branded jockey boxes and dreams of professionalism. 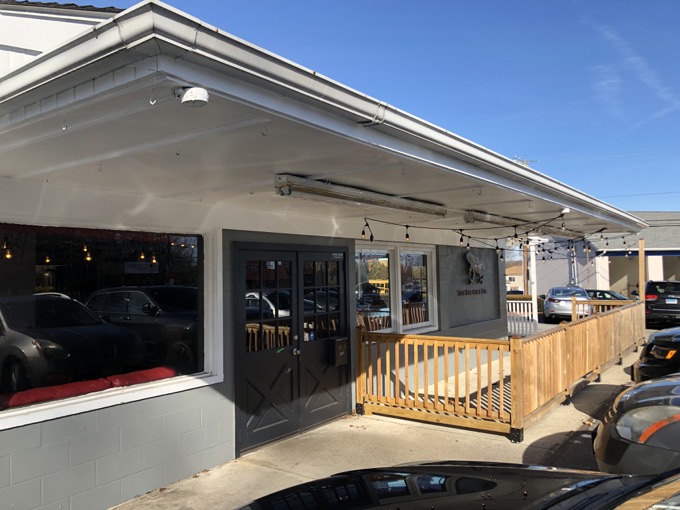 They played up the Tox thing – as in “toxic” – and I thought, “Hm, that’s pretty dumb. Ethanol is toxic and kills lots of people every year and it doesn’t seem smart to brand yourself that way.” Then I saw that they named their beers after poisonous plants, flowers, and animals.

I think I even sent the picture below to some friends with a comment along the lines of, “look at these clowns with their medical gear and Erlenmeyer flask and skull and mortar and pestle and oh my god, does that one guy have a PICC line in his arm? LOL.” 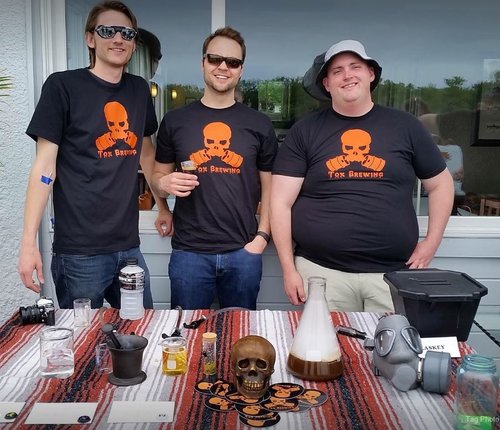 They had just announced their plans to go legit and I found the whole concept a bit ridiculous.

Dayne Laskey, the guy on the left with the tube in his arm, is a professor of toxicology at the University of Saint Joseph and works in the emergency department at Hartford Hospital. His specialty, according to some videos I watched of him next to the medicinal plant garden he created at Elizabeth Park, is to learn how best to help people who ingest toxic substances. Dude is a doctor of pharmacy, a professor, and serves as the preceptor for the PGY1 clinical toxicology elective experience at Hartford Hospital – whateverthehell that is. He somehow found time to found and co-own a brewery and I’m over here making fun of him? 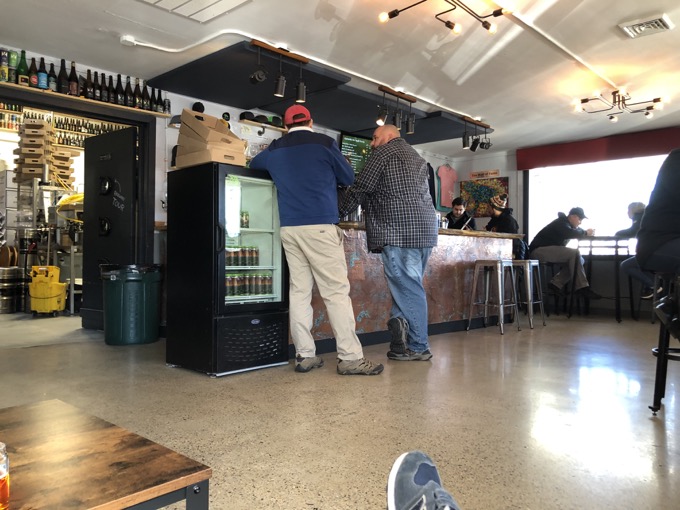 As for the others involved, everyone at Tox seems to be a UConn grad. For example, the assistant brewer has a degree in marine science from the school. In other words, their gimmick got my attention in a crowded field, and it sort of made sense insofar as one of the trio’s education and profession was in the field of toxicology.

I wondered how much the team would carry the theme through to reality once I learned that Tox was to be a reality. I’m happy to report that they’ve retained the “cool” parts of it while ditching the cornball stuff – as far as I can tell at least.

And let’s all agree that New London has deserved a brewery ever since the Great Brewery Explosion of the Twenty-teens. It’s a salty, sea-faring town full of dive bars that has struggled for relevancy for… what seems like a century. I won’t pretend a solid brewery will achieve that, but it’s a piece to the relevancy puzzle. 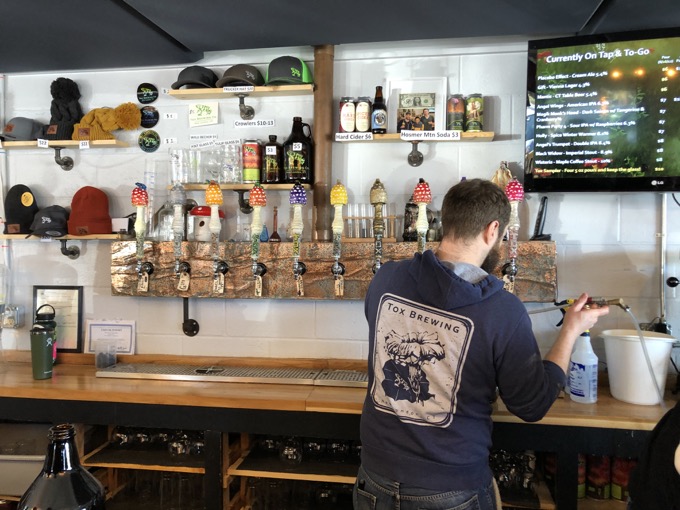 The whole operation is pretty darn small, and from what I could see, there’s really no room to grow in their location. For now, in its first couple of years, Tox’s scale works. And the taproom is comfortable with varied seating options; a few stools at the bar, a cushy couch, some high tops, and some other seating around the perimeter.

Behind the taproom is their five-barrel brewing system in what looked like really cramped quarters. Between the taproom and the brewing operation is the bathroom. I’m not sure I’ve described a bathroom at a brewery before exploring the beer, but… I must. 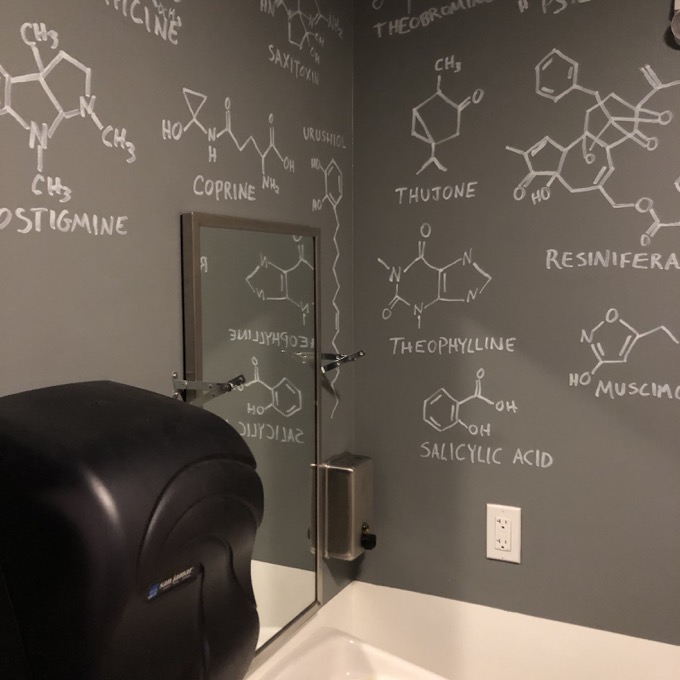 The walls here give anyone who has a BS degree from the greatest university (read: UConn) organic chemistry lab flashbacks. (Truth be told, I enjoyed o-chem and did well in my classes and labs.) All of the compounds on the walls are, you guessed it, toxic.

Of course, pretty much everything in the world is toxic at the right (that is, wrong) concentrations and volume. And while we’re at it, everything is chemicals, so next time you see or read some idiot trying to sell you some “chemical free non-toxic” window cleaner or “chemical free” anything, ignore them. They are lying to you. If you disagree, then you’ll love it when I tell you that homeopathy is utter nonsense.

Sorry, the Tox boys have put me in a frame of mind. Back to that bathroom picture, quick, what’s thujone?

It’s the compound in wormwood that was in the old school, hardcore absinthe that causes hallucinations. The whole bathroom is covered with these o-chem structures and I highly recommend you take a bunch of pictures, then google them while drinking in the taproom. Any one of them will lead you down a fun rabbit hole. You can start with scopolamine.

But one in the corner almost ruined my day. Here, on the left: 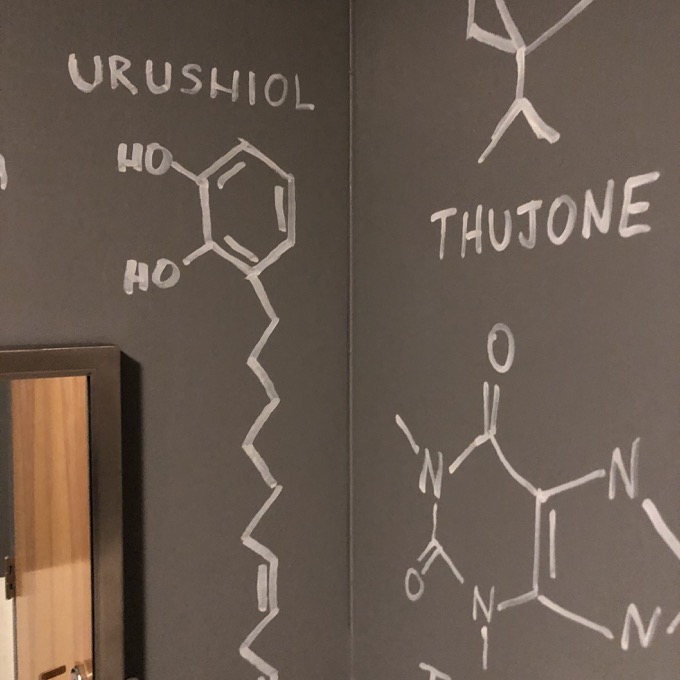 Grrr. I hate urushiol. It has ruined me too many times. (It’s the compound in poison ivy that causes the reaction.) I hate urushiol. But would the beer be good enough to make me forget all about it?

The flight system here is that lame kind where you get one glass and poker chips and have to keep returning to the bar to order your next choice. I get it (sure saves washing glasses) and it can be fun. It also gives the servers a chance to explain each beer and to “get to know you.” Bah. It’s a pain in the butt. (Customers can keep the glass, which I assume most do. I did not because I hate clutter and stuff in my house that we don’t need.) 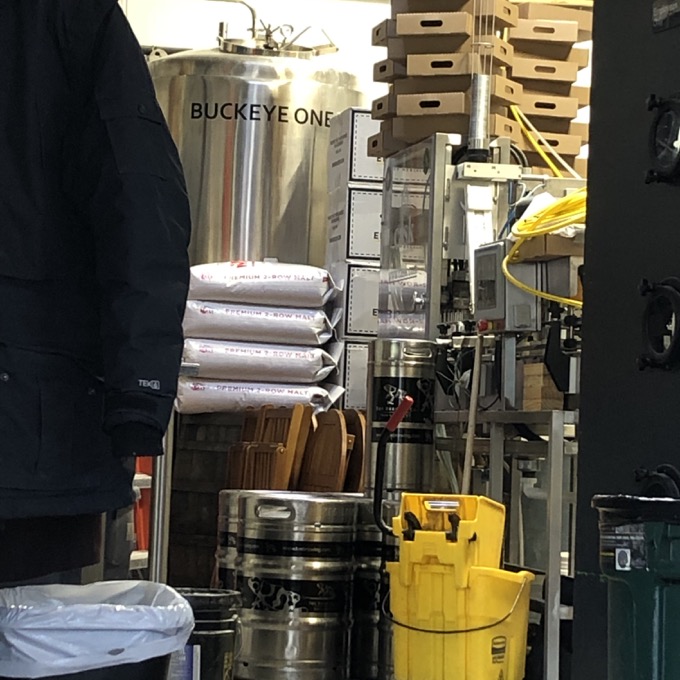 There were 10 beers on tap. First, a few I didn’t have to give you more of a sense of the theme here: Placebo Effect Cream Ale, Magik Monkshood Saison, Angel’s Trumpet DIPA, and Wisteria Coffee Maple Stout. Yes, the seed pods of wisteria are poisonous. And monkshood? Forget about it. All parts of it are highly toxic. The things you learn…

As for beers I had, the Gift Vienna Lager was properly bready and dry. My very first beer from Tox was good but “Gift?” Oh. “Gift” means poison in German. Which… again, I’ve grown to appreciate the theme, but it’s still a little weird. (When I worked at LEGO, there was always a story about how the company tried to be sure not to use the english word “gift” anywhere, as Germany is the second or third largest market for them.) 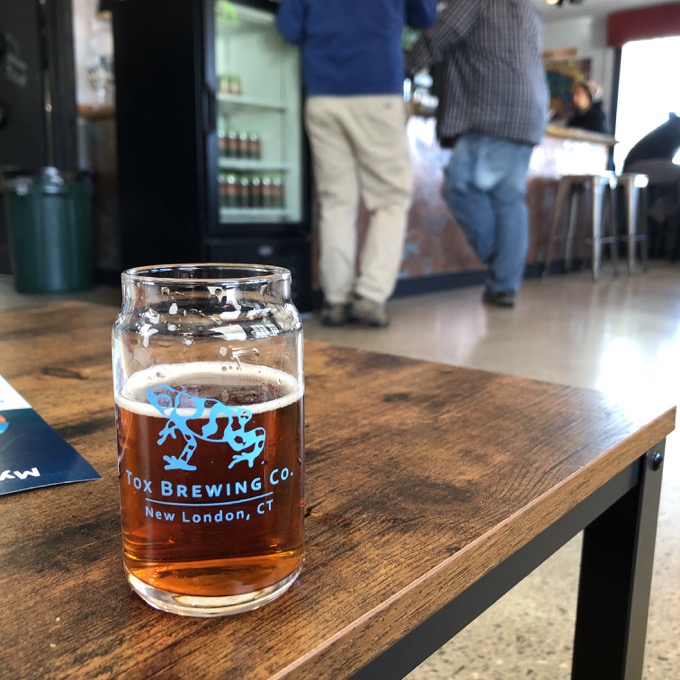 The Angel Wings IPA was really, really good. It’s like an actual honest to goodness pre-candy beers IPA! Hats off, boys. As I kept returning to the bar, I noticed that the guy was washing the glasses really very well. Which is probably a pain. I just don’t understand the poker chip model.

While waiting for my third pour, I overheard the other guy behind the bar discussing Phineas Gage. Phineas Gage! And the guy across the bar was like, “yeah man, Phineas Gage and his poor frontal lobe” like this was normal conversation at a brewery. I was falling for this place pretty hard.

Up next was Pharm Party kettle sour, a beer style that used to be pretty good but has been corrupted and ruined by so, so many (usually) newer breweries. At this point, though, I had mild confidence that I wouldn’t hate this one – and I didn’t. In fact, it was pretty good; not sweet, not thick, and still retained some beer characteristics despite the fruit additions. 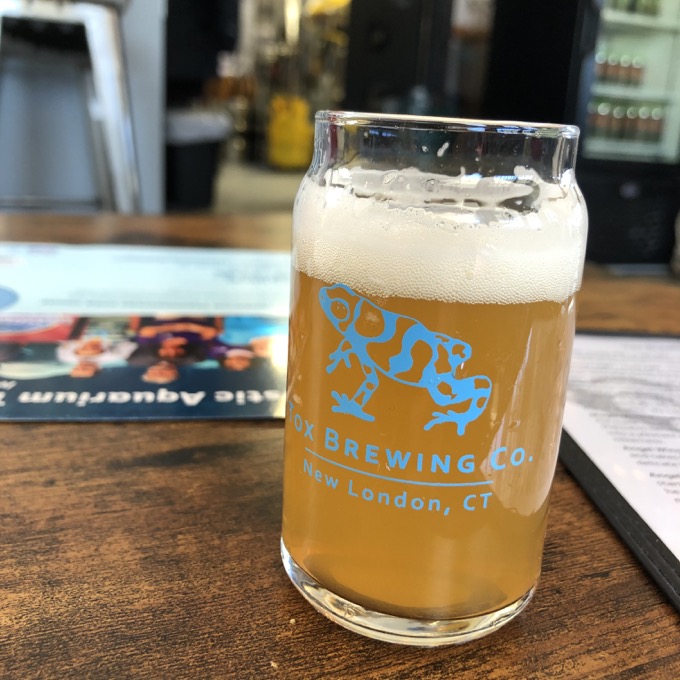 Lastly, I had the Black Widow Imperial Stout, which was as good of a high ABV stout as I’ve ever had. “Black” Widow… black stout… get it? Another stout they make is called Deadly Nightshade and another is Belladonna. Their logo is a beautiful poison dart frog. Their tap handles are Amanita mushrooms.

As you can tell, Tox has won me over since the first time I heard of them a couple years prior to their opening. I suffered through a lot of mediocre and downright bad newer breweries in late 2019 and early 2020, so maybe my rosy review was colored by recency bias. But I don’t think so – I believe in these guys and I believe they know what they are doing when it comes to brewing beer.

And if I ever get food poisoning from an old, warm pickled egg at one of New London’s dive bars, I know where to go for the cure. 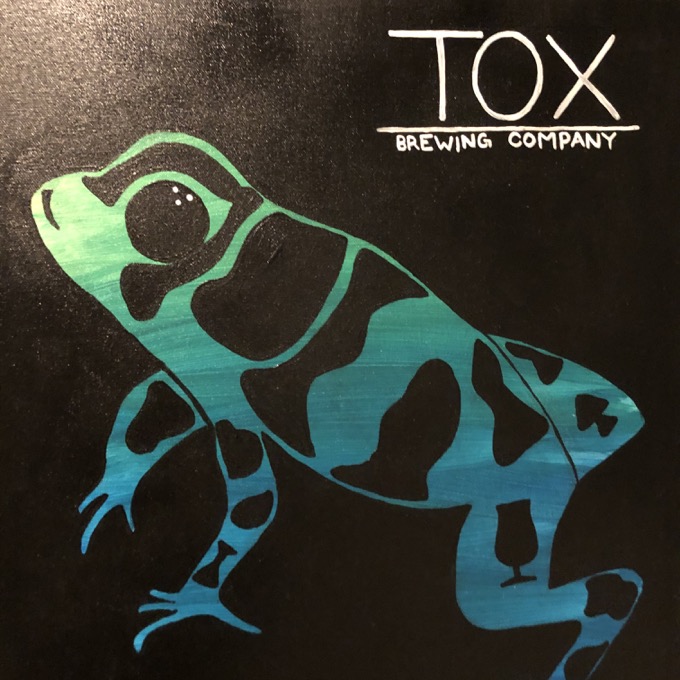