I purposely waited until autumn to write about Sherwood Island. I figure that anyone looking for a very clean, uncrowded and very pretty beach in Connecticut won’t find this now that it’s too cold to hit the beach. Even though it’s all the way down in Westport, my little family has declared Sherwood Island ours. Or at least I’d like to keep it as our secret spot… 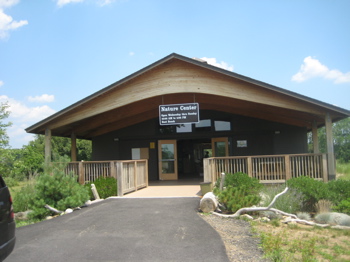 Several beaches around the state (even crappy lakeside ones) are forced to close on many weekends due to reaching capacity. The long, hot, dry summer of 2010 compelled people to idle in traffic, walk 2 miles and then bake on beaches mere inches away from other people at places like Squantz Pond and Rocky Neck. Our visits to Sherwood Island were always pleasant, our walks to the beach always short and – get this – not only is there a nature center here, but it’s also a CT Impressionist Art Trail Viewpoint! 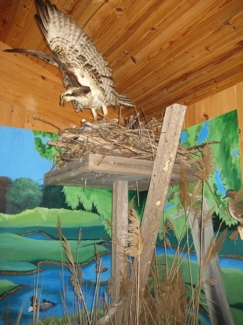 (It must be noted that the beach itself is drastically sloped, the surf is rough and under the water it is nearly impossible to walk on due to the pointy shells and rocks. So I guess I know why this place isn’t so super popular.)

After playing at the beach for a while, I scooped up Damian and we checked out the aforementioned viewpoint and then made the trek over to the new nature center. This thing opened in 2009 and the wooden timbers were still gleaming during our visit. On the walk over, I had a moment to reflect upon what is officially Connecticut’s oldest state park. 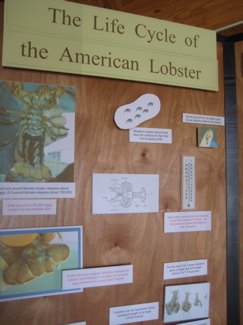 As with most claims like this in Connecticut, it comes with a caveat. Sherwood Island State Park occupies 234 acres of woodlands, wetlands and sandy beach on the Long Island Sound. It is in the Green’s Farms area of Westport, CT. Because the first parcel of land was purchased in 1914, Sherwood Island is officially Connecticut’s oldest state park — but it could not take the shape it has today until 1937.

So why did it take 23 years? The sordid tale of how this piece of beautiful private land became public can be found via Friends of Sherwood Island State Park Seriously. You should read it. The land that forms today’s 234-acre state park was acquired in bits and pieces. The first bits were purchased in 1914, but it was not until 1937 that the key parcels were acquired and public access was assured. During these years, Westport’s William H. Burr acquired land for the state and led the battle against the influential landowners who did not want a park in their backyards. 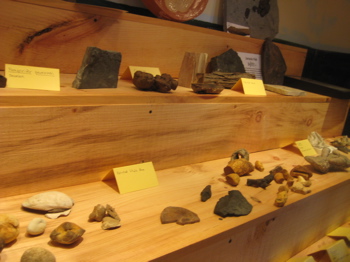 The nature center is housed in a very handsome building with an entrance framed by some large bleached driftwood. I like driftwood… “Drifting off to sleep on my shoulder Damian Wood” is another story. Yup, Damian refused to walk the quarter mile or so from the viewpoint to the nature center and fidgeted in my arms the whole way, finally settling into a comfortable position and conking out. Gee, this was gonna be fun… Hey Damian, this museum has a few areas geared towards your peer group, why don’t you wake up already? 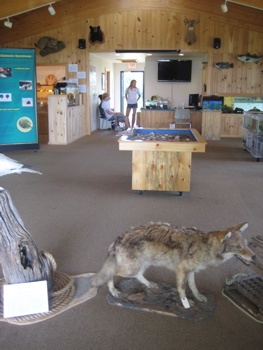 As a result of the 30+ pounds of sweaty sleeping child on my left shoulder, my terrible pictures are worse than usual (if that’s possible). This wasn’t too much of a crisis however, as the museum doesn’t really have anything revolutionary or new yet. I’m sure it will someday, but when you’ve been to a bunch of seashore nature centers already, they all sort of run together at some point.

Shhhh! Did I really just say that? Is the sheen of CTMQ rubbing off after 176 visits? No, not at all. Each visit is unique in its own way. For example, I can’t remember another museum visit wherein I had to contend to hot breath on my neck for 20 minutes. 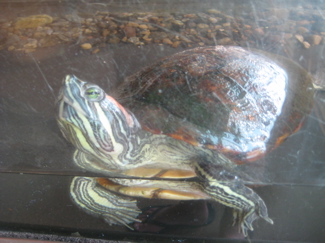 The center’s displays are pretty much what you’d guess they would be. Like I said, several of these kiosks will be more complete in the future and a lot of what they do here are hands-on activities and workshops – which for obvious reasons we didn’t partake in during our visit. I should note that there used to be a much smaller and ramshackle nature center here. When the little Nature Center was deemed structurally unsound in 2002 and slated for demolition, the Friends vowed to devote all their fundraising efforts to constructing a new one. Their determination was shared by the DEEP Parks Division Western Region Supervisor Mark Rickert, who was developing plans for a site overlooking the East Beach. 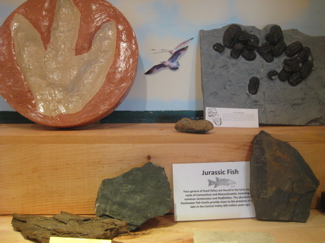 $340,000 of public and private funds later, the beautiful new center was opened. Naturalists, summer interns and volunteer docents welcome visitors to the Center from mid-April to mid-October. In aquariums, terrariums, intertidal tanks and a touch tank visitors can see and touch lobsters, crabs, fish, starfish, frogs, turtles, snakes, mussels, oysters, clams, etc. They also offer nature talks and walks and seining and all that good stuff. 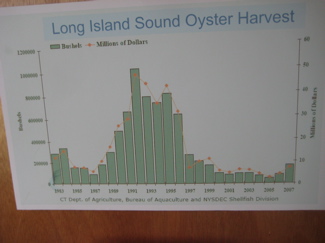 Inside, I read about the osprey program and the nearly doomed local oystering situation. There is a lovely exhibit all about the life cycle of the lobster. They even have a few pictures showing how one can discern a male from a female; something that drives me crazy when I buy lobsters and the guy selling them doesn’t know how to tell. I invariably show them and they invariably think I’m lying.

There is a wall of random shells and rocks and such here as well. One sign noted some “petrified whale bone” that I sort of scoffed at for a moment… But I just looked it up: In geology, petrifaction, petrification or silicification is the process by which organic material is converted into stone by impregnation with silica. It is a rare form of fossilization. Petrified wood is the most well known result of this process, but all organisms from bacteria to vertebrates can be petrified. 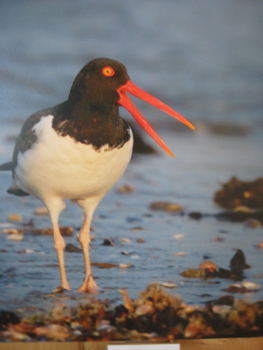 There is a really nice wall of local bird photos. The one I’ve chosen to highlight here is called an Oyster Catcher. I happen to think it’s one of the cooler looking birds I’ve ever seen. Of course, then I read all about how plastic litter kills aquatic birds and other sea life. Sigh. I moved over to the live animals – there is but one aquarium and the touch tank here. I can’t recall anything too awesome in either to be honest with you, but maybe they keep the cool stuff hidden away somewhere in the back.

The staff all seemed sad that my child slept through the entire visit – not, mind you, sad for my numb arm and soaked-with-sweat shirt. Punks. 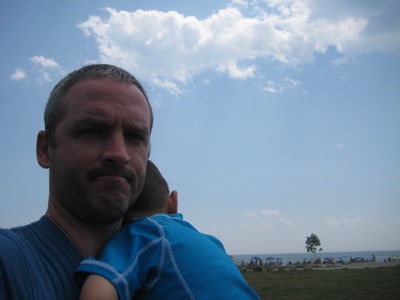