Today there stands a new police station on Main Street. Who knows how many incarnations this spot has seen over the last 250 years, but I’m sure it’s a lot. Back in 1760, here stood Timothy Bigelow’s tavern, where travelers and local people gathered to drink rum, trade stories, and conduct business. In 1776 Bigelow died suddenly, leaving his wife Elizabeth with four children to support. So widow Bigelow decided to operate the tavern her owndarnself. 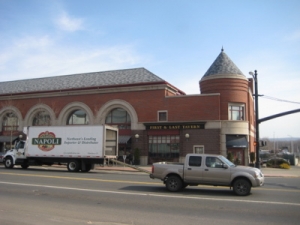 Then a funny thing happened. The Revolutionary War began and the locals accused the widow Bigelow of being a Tory sympathizer. They signed a petition claiming that she “entertain’d at unseasonable hours of the night known enemies” and demanded that she “bee restrained immediately from keeping Tavern.”

Lest you think this spelled her doom, she operated the joint for four more decades. So who knows… Maybe locals were simply sexist liars or maybe she mended fences through her feminine wiles. Whichever, she must have been one rather tough cookie and a forerunner of any feminist movement. 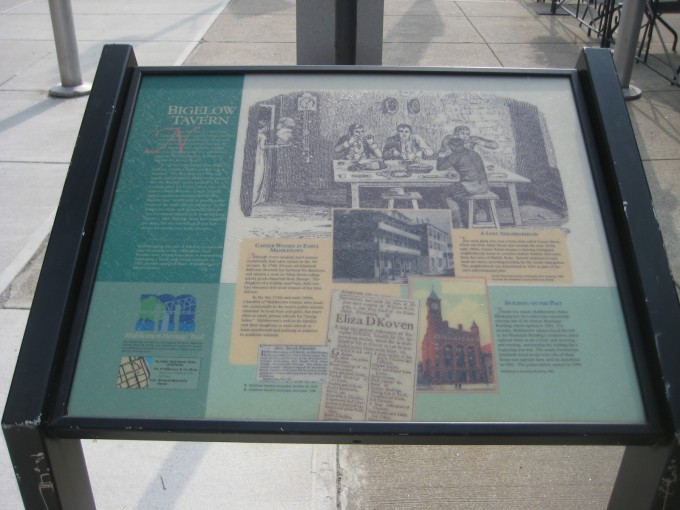