CTMQ > Everything Else > National "Stuff" > ASME: Cos Cob Power Station

But then I got to this point: The write-up and the research into it – and now I realize this one is pretty cool. (As they all are in the end.) In fact, the artifacts from the power station are now down at the Smithsonian. So yes, this was an important landmark. 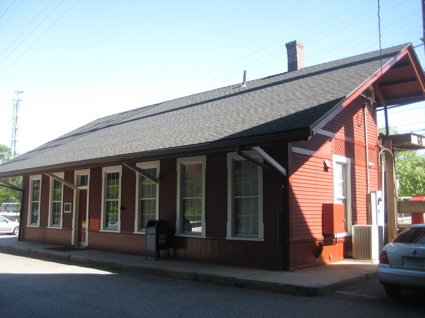 Says ASME: This was a pioneering venture in mainline railroad electrification and was a proving ground for railroad electrification technology. It established single-phase alternating current as a technical and economical alternative to direct current. This concept exerted considerable influence over subsequent systems both in the United States and abroad. The major components of the system were developed by the engineering staffs of the New York, New Haven & Hartford Railroad and the Westinghouse Electric and Manufacturing Company of East Pittsburgh, Pennsylvania.

That’s interesting, but let’s take a deeper dive, as the consultants I work with like to say… This info is from the IEEE site here.

In 1887, the New Haven added to its system three north-and-south lines known as the Northampton, the Naugatuck and the Valley. In 1892 and 1893, it added the remaining north-and-south line in Connecticut, the Housatonic, and reached into territory further east by other leases. In 1898, by its lease of the New England system extending from Boston to the Hudson River, with branches, the consolidation of the New York, New Haven & Hartford system was substantially completed-a steam system that reached over 2,000 miles; embracing a network of railroads serving nearly every city and village in southern New England.

Until this electrification, nearly all railroad electric power experience had been with direct-current (dc) systems because the performance characteristics of the dc motor generally were considered superior for railroad service. The New Haven, however, decided on ac for its suburban region because, unlike dc, it allowed large-scale generation and long-distance transmission capabilities that were economically more favorable and would permit future expansion. After the initial program demonstrated the feasibility of the new system, it was broadened to include freight and switching operations, as well as passenger service, and was extended to New Haven and to Pennsylvania Station in New York City, and to a number of branch lines.

The unique feature of the New Haven Railroad’s pioneering program was the extensive application of 11-kilovolt ac, 25-Hertz, single-phase power. 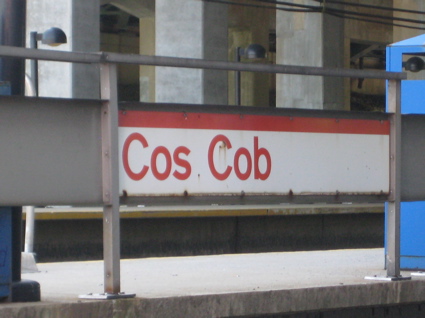 The program was extensive, requiring construction of a complete generating plant, upgrading the mainline to four tracks, and the building of several branches, and a number of freight yards. The result was the efficient electric operation of freight, commuter, and express passenger trains, and even yard switchers. For service into Grand Central Terminal, locomotives had to be capable of drawing power from the New York Central’s 600-volt-dc third rail as well as from the New Haven’s trolley wire suspended above the track. Construction of the historic system began in 1905 and the overhead wire from Cos Cob, Connecticut, to New York was energized in April 1907. On July 24, 1907 the first regular train to be operated under electric power completed a trip from Grand Central to New Rochelle, New York. The initial electrified region was extended to Stamford in October of that year.

The New Haven electrification served as a prototype for many railroad designs and practices that came to be widely adopted in the United States and that still are in use. Following the success of the Westinghouse 11-kilovolt, 25-Hertz, single-phase system on the New Haven Railroad, a number of other railroads applied it to their operations. These included the Norfolk & Western and the Pennsylvania. The electrified region of the former Pennsylvania Railroad is the largest example, extending from Washington, D.C. to New York City and Harrisburg, Pennsylvania.

In a nation that has since become environmentally conscious, the revolutionary system provided a clean, reliable, efficient mass transit system for a densely populated and highly industrialized region of the United States for more than 70 years. The technological breakthrough provided a line that solved many problems that had developed and would have grown worse with the continued use of steam engines.

As early as 1903, the New York Legislature passed legislation prohibiting use of steam locomotives in New York City south of the Harlem River after 1908, because smoke and cinder problems had reached intolerable levels in New York’s Grand Central Terminal. Beyond meeting this new requirement, the new electrification program permitted the New Haven to accommodate increasing interstate freight, passenger, and commuter traffic demands without having to expand to its four-track mainline. (By 1924 it carried the heaviest passenger traffic of any railroad of its length in the United States, and today brings almost two-million commuters to New York City monthly.)

The Awesome ASME pdf about this