The worst thing about this terrible book? Saul Bellow has another book on this Top 100 list. Ugh.

After struggling through “Henderson” for a few months (and this, after a false start a few years ago), I’m still wondering how I could have missed the brilliance and humor. Despite having just read a bunch of glowing reviews around the InterTubes, I’m not convinced. At all.

I know that if the CTMQ book reviews were ever actually read, I’d get a ton of comments calling me myopic and blunderheaded. So be it; I stand by my opinions. 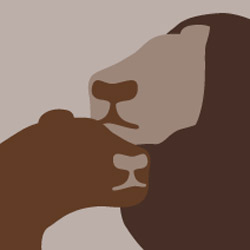 First of all, let’s dispense with the adjective often associated with this novel: “Funny.” It is not funny in the least. Ever. I know funny – I’ve been paid to be funny and can be funny on a higher plane than most television shows and movies. Very funny people have deemed me funny. Saul Bellow is not funny.

Okay, the plot: Spoiled millionaire blue-blood (from Connecticut, of course – make that cliche number 235 in this book) toils through life bored and aimless. His name is Eugene Henderson and he’s a bit of a jerk to his various wives and kids. So he seeks the meaning of life (in a way) and escapes to Africa for a many-months trek through the wilderness. He secures a loyal guide (Romilayu) and they head off into the jungle.

Henderson encounters a tribe populated with superstitious morons and fat women only interested in our basest instincts. Henderson attempts to help the tribe out but instead destroys their cistern and potential ruination of the whole tribe’s well-being. So he runs away from that problem too, and encounters another far more organized tribe, the Wariri.

These guys test his mettle in a variety of ways and ultimately bestow the title of “Rain King” on Henderson after he performs a feat of strength that magically brings much-needed rain. Yay. Henderson befriends the educated (read: English-speaking) king Dahfu and the two have a few adventures together mostly related to lion taming.

Spoiler alert: Dahfu gets torn up by a lion he was trying to capture and dies, making Henderson the King of the Wariri, but he can’t handle that either and runs away back to Connecticut. The end.

I kept reading waiting… Waiting for the epiphany. Waiting for the secret of life or for Henderson to at least come to some sort of reckoning. It just didn’t happen for me. I know that he supposedly did and that he “answered” his burning question-but-not-really-a-question (“I want. I want. I want.”)

To me, he was a buffoon who bashed his way through Africa, (although he did treat everyone equally – but always with a sort of wink) who witnessed some profoundly supernatural stuff and then went home.

Here’s a high-minded reviewer’s take, from Amazon. This guy gave the book 5 stars (out of 5), but does make some good points:

“There are two things that I think virtually any reader of HENDERSON THE RAIN KING will agree upon: that Saul Bellow is a master storyteller and he is a gifted prose stylist. More than anything else, Bellow in this novel is attempting to tell a great story, and in this he succeeds magnificently. The success lies as much in the way he tells it as in what he relates, for at the hands of another writer this could easily have been a dreadful book. The plot borders on hackneyed, and could easily have become another civilized white man engages in self-realization through his encounters with the primitive kind of story. But Bellow is far too skillful to ever let it come close to that.”

And here’s where we differ: I felt the book WAS hackneyed. The reviewer continues:

“My lone complaint with the book is with the book’s “message.” Henderson is afflicted with a profound lack of self-knowledge. He is often possessed by an inner voice that proclaims, “I want, I want, I want.” Yet for Henderson “to want” is an intransitive, not a transitive verb. He never knows what it is he wants, what he yearns for. What is not compelling is either Bellow’s understanding of the precise nature of Henderson’s condition solution, or the nature of its ultimate solution. No question he takes a stab at it with his low interludes about “being” and “becoming,” though I didn’t find this terribly compelling.”

Okay. And he still gave the book top marks? The whole point of the book, I would think, was to have a compelling interwoven narrative about how Henderson comes to find what he wants in deepest darkest Africa.