”I Have But One Life to Give – And Two Schoolhouses of Course”
New London (Google Maps location)
May 21, 2011

I don’t know how many states have “State Heroes,” but I’m glad we do. Or rather, I’m glad Nathan Hale is “ours.” The house of his birth (that, as it turns out, he probably wasn’t born in nor did he never actually live in) is a fine museum up in Coventry. And after graduating our finest institution of higher learning (Yale) at 18, the man became… a school teacher! A true hero. (I’m being serious here, if you can’t tell.) 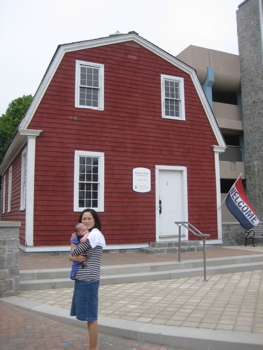 He first taught in Moodus (now East Haddam) at a schoolhouse there. This is also now a museum, one of the first I visited for this website back when I wrote much shorter museum reviews and focused more on lame humor. Anyway, both are owned and run by the Sons of the American Revolution.

After the short stint in East Haddam, about which he complained of the “remote life in the wilderness,” our state hero taught here in New London from 1774 to 1775 in what was then known as the Union Grammar School. 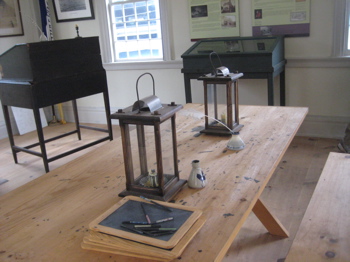 His tenure didn’t last too long, and you can surmise why by the dates. In 1775, Hale enlisted to fight for our independence in the American Revolution, soon after being promoted to the rank of Captain. He was the only soldier to volunteer to spy on the British who had taken control of Long Island when George Washington needed valuable information.

“I only regret that I have but one life to lose for my country.” Nathan Hale’s immortal last words on being hanged as a spy by the British in New York on September 22, 1776. Hale was a cool guy. (Interesting perhaps only to me: the East Haddam Schoolhouse is perched on a hill behind the St. Stephen Church; Christianity’s first martyr and my own namesake. Those two certainly belong together.) 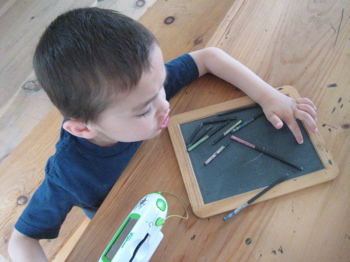 But let’s back up a couple years before Hale’s heroic hanging. Back to his teaching days. Ah… Good ol’ ’74. When men had long hair, wore flowing shirts, smoked freely, talked about their personal liberties and freedoms… 1774, 1974, same diff.

There is scant info online about this school/building, but I took the liberty of photographing the sign in the museum explaining its long and varied history. This is quite a building to say the least.

The “Union School” was built in 1773 on the corner of State and Union Streets in New London. It was modeled on the successful Tisdale School of Lebanon which had been built by Isaac Fitch. The original proprietors of the school represented the leaders of wealth and industry in the city. 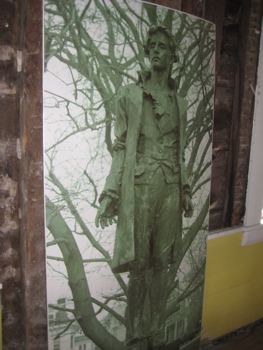 The first teacher was Phineas Tracy of Norwich who was on temporary assignment until a permanent teacher could be selected. After negotiating the position with Timothy Green and other school leaders, Nathan Hale began teaching in March 1774 – after leaving the school in East Haddam.

I have a school of thirty-two boys, about half Latin, the rest English. The salary allowed me is 70 pounds per annum. In addition to this, I have kept during the summer, a morning school, between the hours of five and seven, of about twenty young ladies; for which I have received 6 shillings a scholar by the quarter.

Within six months of starting his teaching position, Hale was offered a permanent position and an increase in wages. The Union School officially incorporated with the state in October, 1774. 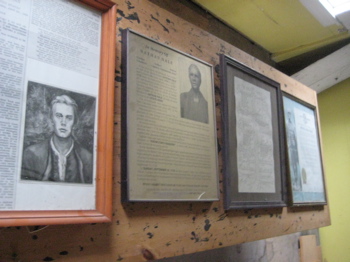 A year later Hale was off to war, but the school remained until about 1833 when a newer school was built elsewhere in town. The Union school was moved and Union Street was opened up and named after the school. The school became a private residence.

Oh it goes on… In 1851 it became part of a church that burned down (charred rafters can still be seen today) and then by 1855 it was again a private residence. Census records in 1870 and 1880 show that 15 people lived in this small building!

In 1899, the CT Society of the Sons of the American Revolution purchased the school and moved it again and dedicated it as a museum in 1901. Wow. So this place has been a museum for over one-hundred years?! That’s crazy. 50 years later, it was moved again to its present location, even as all the roads and stuff around it have changed rather dramatically since then.

Damian and I toured the schoolroom, which is small and quite hot on a warm day. I should mention that I had made the acquaintance of the volunteer staffing the joint a couple weeks prior up at Harkness during a talk by the DEP commissioner. He was very passionate about rich people walking their dogs over piping plover nesting colonies. I know, weird, right? 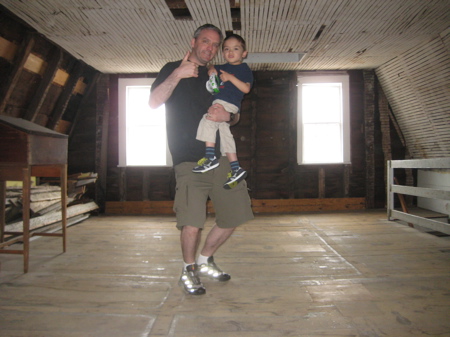 Anyway, he was a cool guy who accepted Damian’s quirks and shared stories about some special needs assistance volunteering he’s done. I mentioned that I overheard a drug deal right outside of the schoolhouse and he lamented the dealers and addicts who hang out in the public park across the road. This sort of bummed me out/concerned me as Hoang was feeding Calvin (our baby) in the car and… well, they were fine. But more on the bums and addicts here in a little bit…

There was a cool history of Spies in the American Revolution hanging on the wall. I won’t recap the whole timeline of spying events here but must mention how George Washington learned early on in the French and Indian War how valuable spies are. At one battle in western PA where the British forces were slaughtered, including the commanding General Edward Braddock, Washington then realized that if they had gathered intelligence prior to the battle, the outcome would have been very different.

Flash-forward 17 years from that battle and you have Washington recruiting one Nathan Hale. Interestingly, many spies are unknown to us because they were successful. It’s the failures like Hale that we know because, well, because they failed and were hanged in showy fashion.

Damian and I were escorted upstairs to see some stuff that is probably often missed by most visitors. Stuff like this: 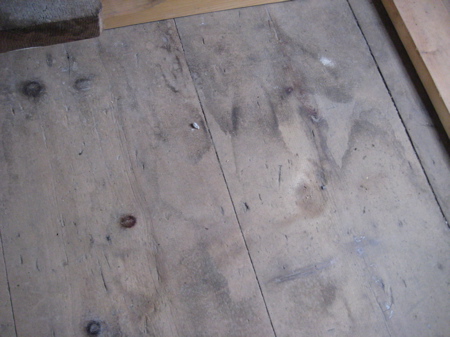 What’s that you wonder? That’s the floor. With a floorboard indented with an unmistakable shoeprint – perhaps the shoeprint of Nathan Hale who was known for rocking back and forth on one foot throughout his teaching days. I choose to believe the story, no matter how improbable.

Upon returning downstairs, Hoang and the baby were all done and it was then I realized this was Calvin’s first museum! Get with it kid, I’ve been to 211 already and Damian’s been to nearly 100. 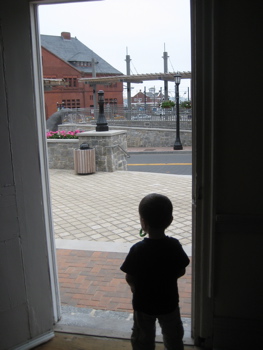 As we looked out across the plaza at the beautiful new Whale Tail water sculpture, we also gazed upon the homeless contingent lounging about the area. We were assured by the guy at the museum they were all harmless and not to worry.

I wasn’t worried at all, but mention this for another reason. If you live in Connecticut, you may have heard what happened mere days after our visit. We were incredibly lucky to have been here in late May – during a two week window that the tail/fountain was open to any and all who wanted to check it out up close.

To read more, check out the story of the New London Whale Tail. 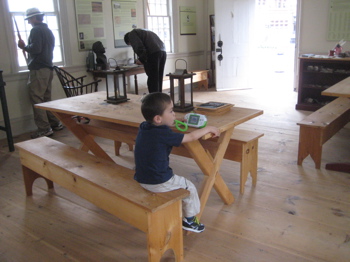