Every time I visit an art gallery for CTMQ purposes, I promise myself to write about it before the exhibition ends. That way, the websites and materials available to help me write the story would still be accessible. (LOL, you didn’t think it was for YOU, did you?) And since art galleries, especially ones at colleges, often change exhibits wholesale, this is pretty important. 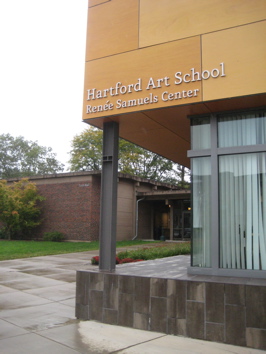 But I’ve been slacking and am writing up my visit to the Silpe Gallery just shy of a year later. But I justify it by noting that college art gallery pages are pretty much meaningless no matter what since what I experienced won’t be what you’ll ever experience there. Y’know?

The Donald & Linda Silpe Gallery is located in Taub Hall, the main facility of the Hartford Art School.

The primary mission of the Silpe Gallery is to provide a showcase for student work, giving students the experience of preparing and installing an exhibition. Student exhibitions are scheduled throughout the academic year and include BFA, departmental, and individual as well as group shows sponsored by the Hartford Art School. 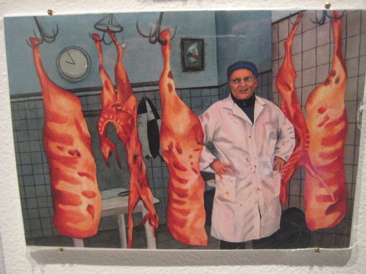 You know what’s weird? That preceding paragraphs are (obviously) from UHa’s website. For YEARS I’ve had this place as “Slipe” Gallery and even started writing this page as the Silpe and then went so far as to correct UHa’s “misspelling” of “Slipe.” Apparently, the school is correct and I am wrong. Sorry Silpes. 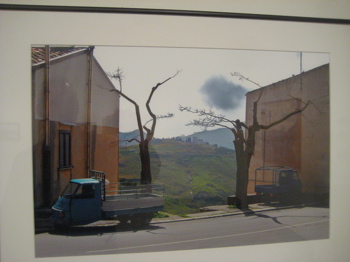 For those of you who don’t know, UHa (that’s University of Hartford) has a pretty good art school. One of the best in the area, actually. There is another art gallery on campus, the previously visited Joseloff Gallery which is bigger and brings in some national exhibits (like a Chuck Close one I missed a few years ago). My friend EdHill, who was part of the earliest kernels of thought for CTMQ, graduated with a photography degree from UHa. Today, he uses Instagram and works in politics in DC. I miss him.

2019 Update: EdHill has passed away and that sucks. 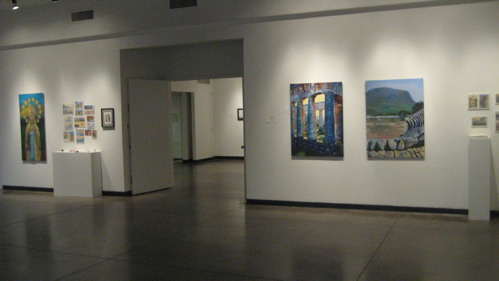 The exhibit that was on display during my visit was the culmination of a student trip to Sicily called, Sicilia… amore mio. Since I know no Italian, I had to look it up which upon getting the translation made me feel really dumb: “Sicily… my love.” Turns out the lucky/rich/plucky kids at UHa traveled to Sicily during Spring Break in 2011 and painted, drew and photographed whatever inspired them and the 11 kids had their works on display. 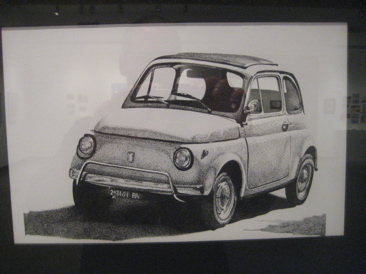 You’re welcome and I wish you all the luck in the world of professional artists. It’s cool that so many of those names appear Italian to me – so that must’ve been pretty darn fun for them.

I’m not feeling like looking up each one to determine who is responsible for which pictures I have on this page. Some of the young artists really stood out to me – mostly the photographers. Like Sarah Mitrani, who – according to her Twitter profile – has graduated and is now living in DC, just bought a new camera and is working for the Smithsonian. I apparently know good photography, despite my own terrible lack of skills. 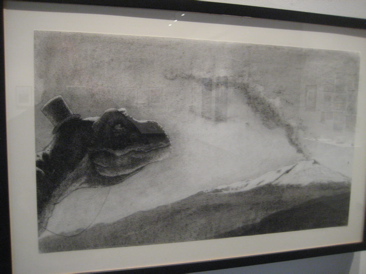 But one illustrator took home the prize for me, mostly because he’s probably a total goofball.

I just looked him up and I’m right. [Dead link -2019] His own website states, “Currently, Frank lives in Boston with his dinosaur and animal figurines.” Oh, do go on…

Anyway, his artist’s statement at the show I viewed started off typically:

“While in Sicily, I fell in love with its beautiful mountainous landscapes, as well as the ancient architecture of past civilizations.” 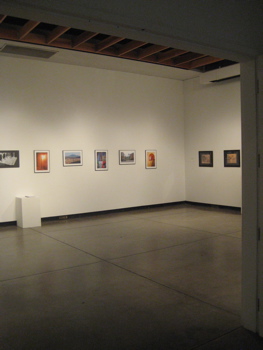 He continued on with some other touristy stuff, then, “After returning home, I created a story about a dinosaur’s trip to Sicily set in the 19th-century, allowing the reader of this illustrated storybook to experience the major sights of the island through his reptilian eyes. Standing out quite boldly form his group of fellow travelers, this odd, dapper and very noticeable tourist discovers the sights most frequently visited during a typical Sicilian Grand Tour.”

Frank my man, have a beer on me. 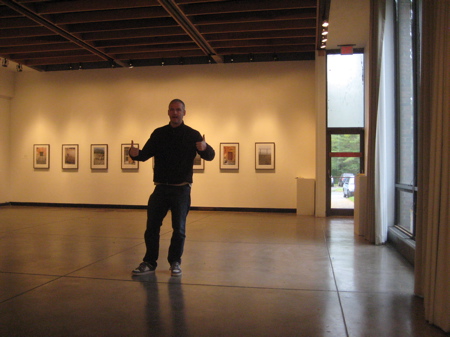