This is it, folks. I’m done. There are just far too many town history museums in historic houses in Connecticut. I quit. 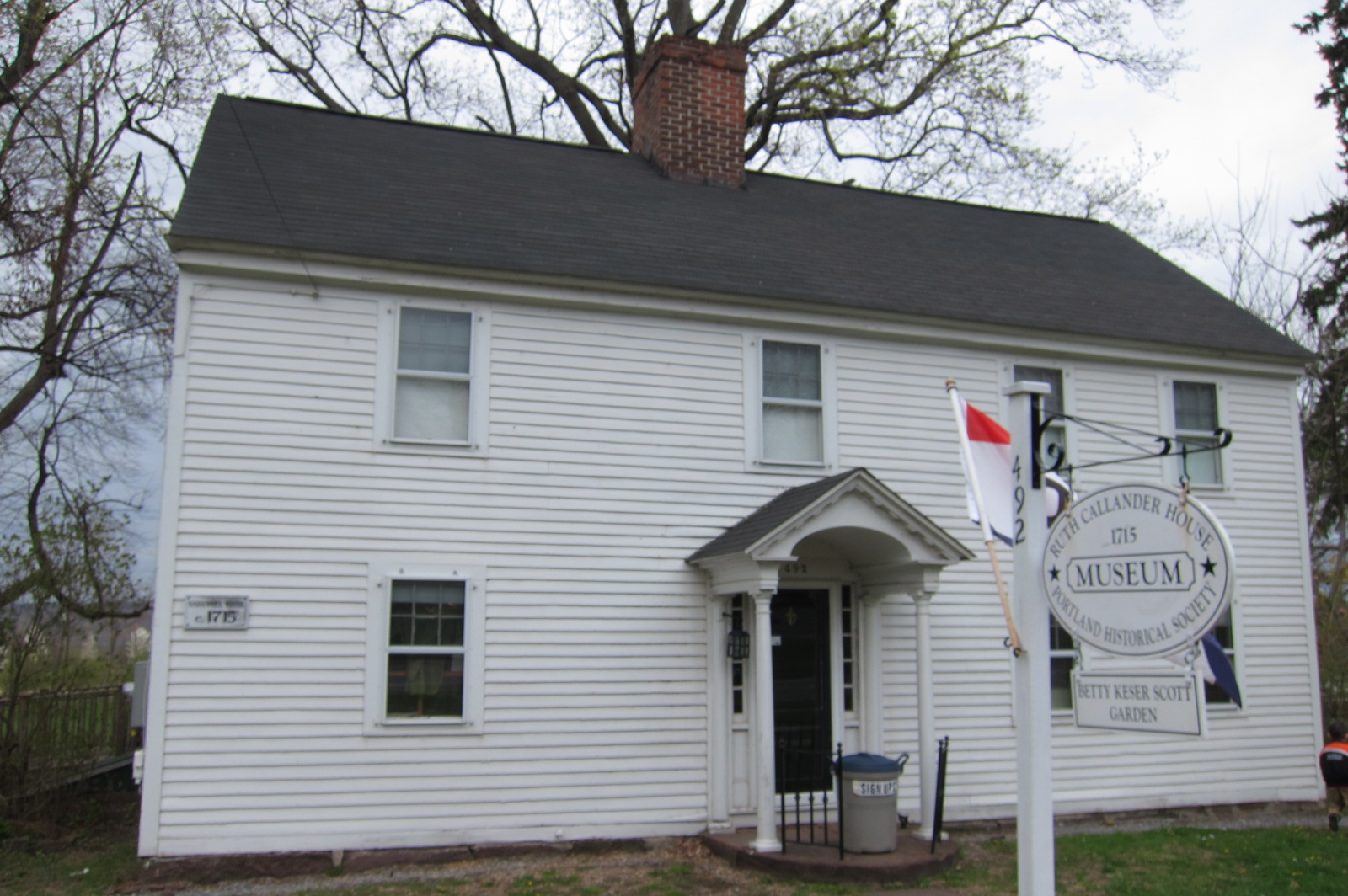 C’mon, now. With our state’s little museums’ enduring love for creepy dolls and tales of 19th century river industry, how could I ever quit?

I found myself at the Ruth Callander House on Main Street in Portland with my travel buddy Damian. This is another small museum, so I figured I could experience it fairly quickly while Damian played on his game. 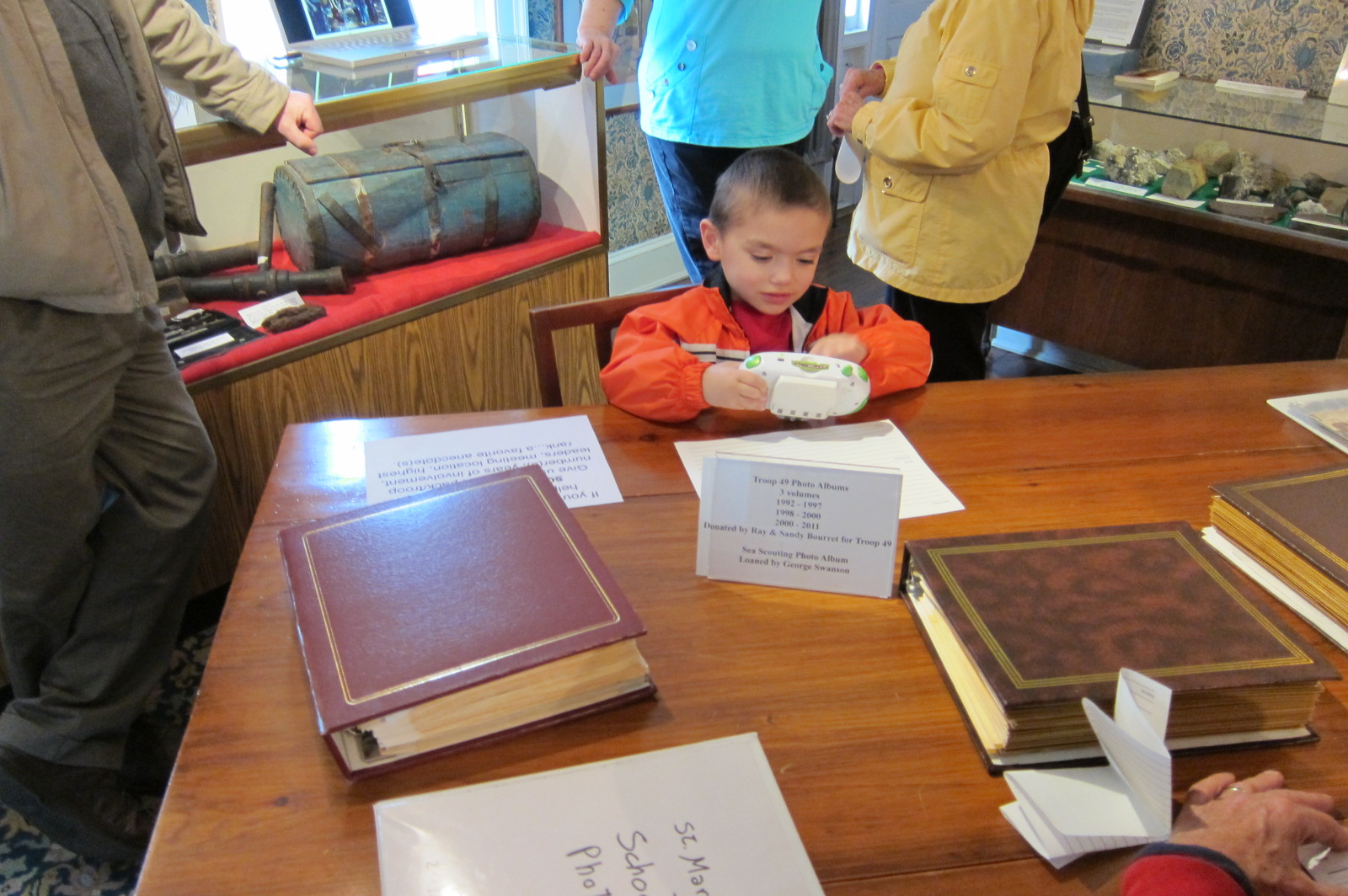 Portland, CT is known for one thing: Ruth Callander!

April Fools. (Ruth Callander was a resident of the house in the twentieth century. She was a charter member of the Portland Historical Society and upon her death she bequeathed her house to become a museum of the town’s history.) 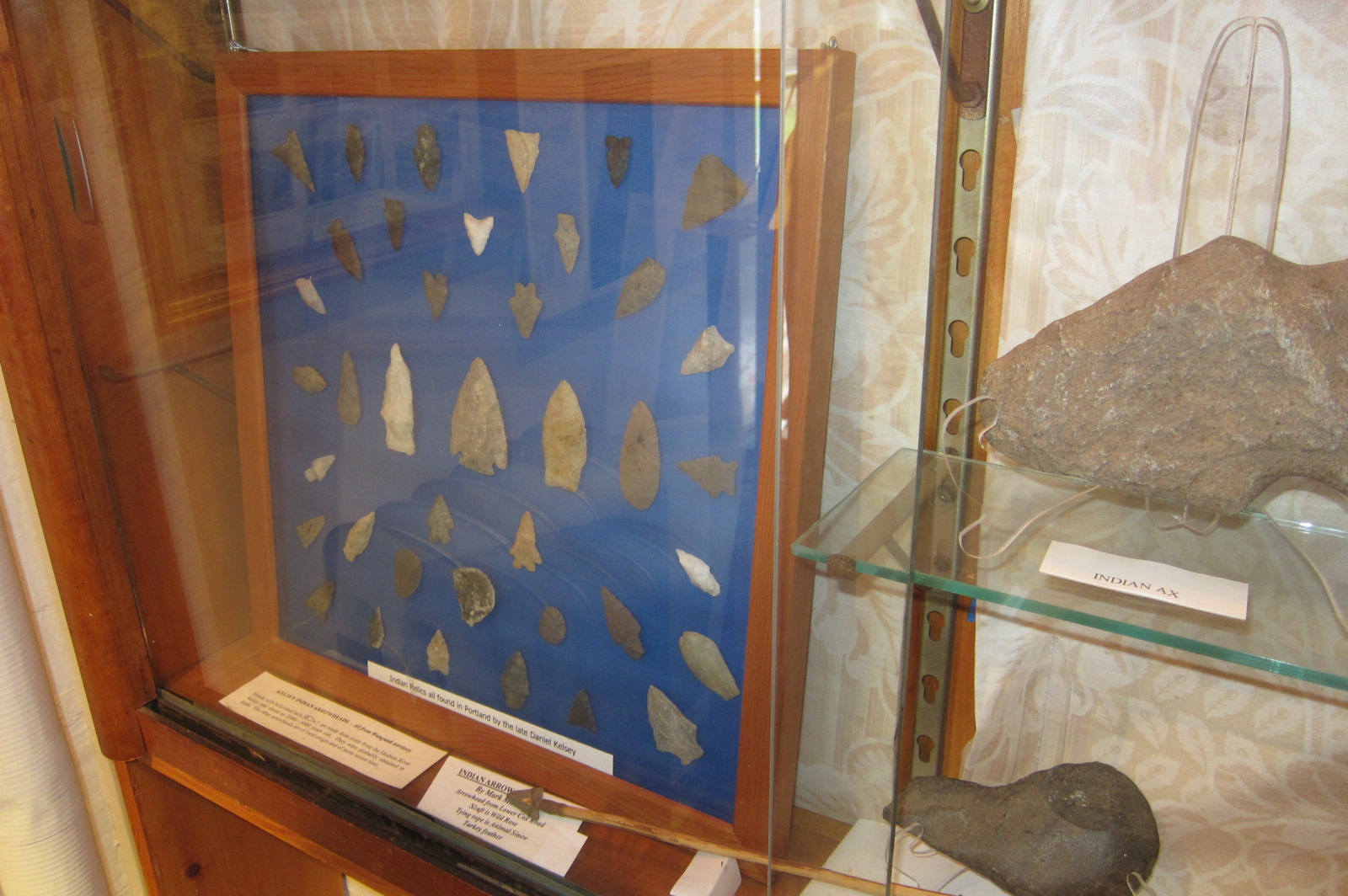 Portland, CT is known for one thing: Brownstone! After years of writing about Portland brownstone and finding dribs and drabs about its impressive pedigree and history around the state, here we are: in Portland.

As you’d expect, the town’s history museum devotes some space to the quarries. I remember when I first learned how important Portland brownstone was to many of the buildings and monuments I was familiar with and being a bit surprised. I do like how a bunch of Portland’s municipal buildings are made of brownstone. 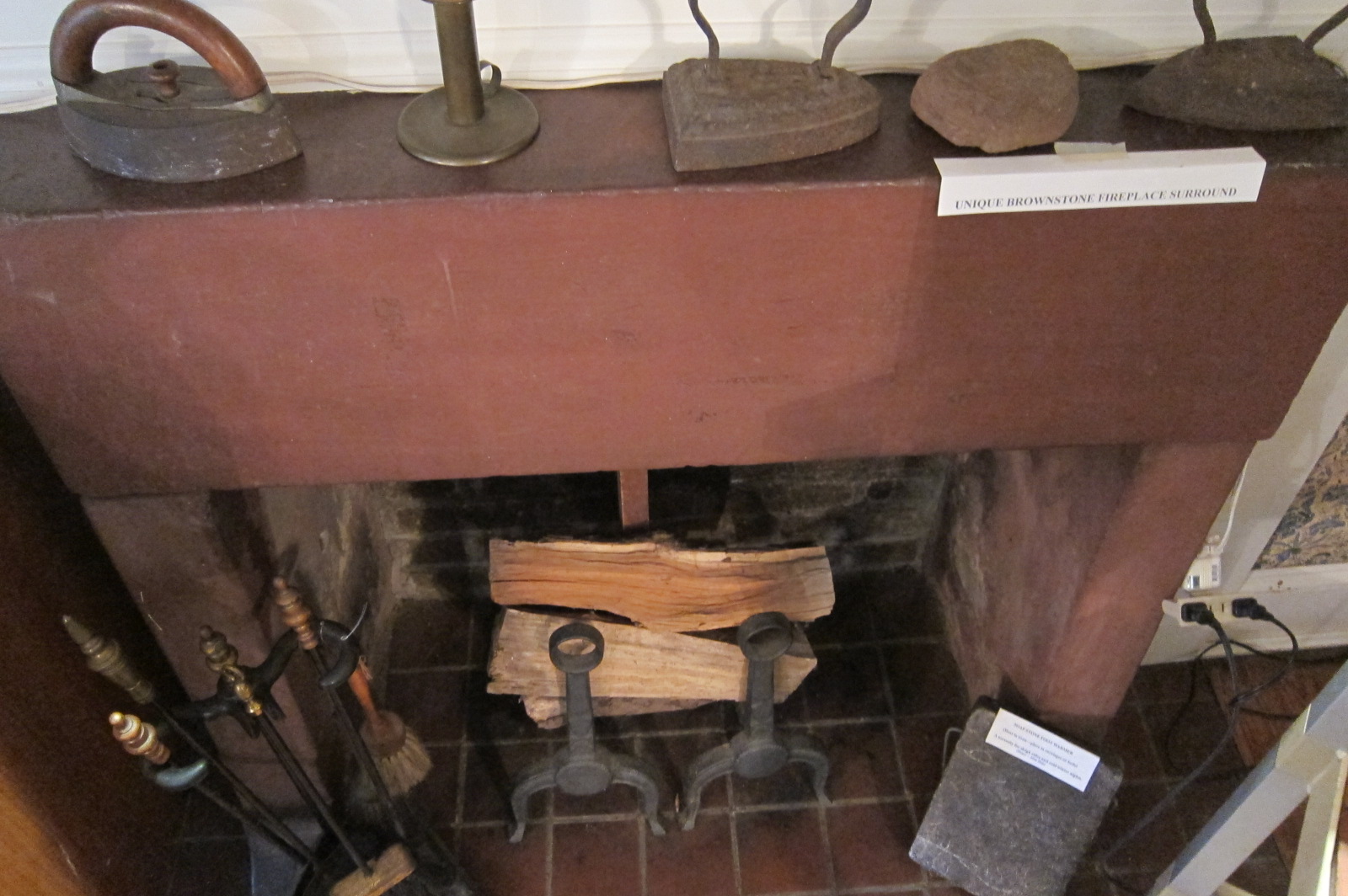 And lots of Wesleyan buildings. And Hartford’s Soldiers and Sailors Memorial Arch. And row houses in New York City and Philadelphia and beyond. But at some point around the turn of the 20th century, other building materials came into favor. The final nail in the coffin of Portland’s brownstone quarry were the floods in 1936 and 1938 shut the operation down. 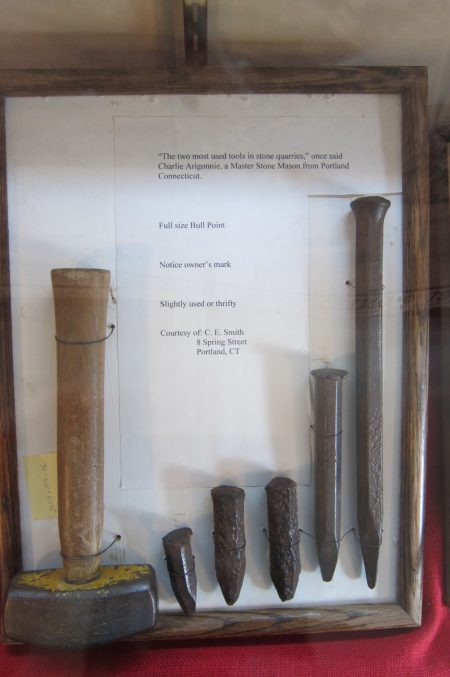 The quarry was designated a National Historic Landmark and is now a waterpark.

And that’s pretty much it for Portland’s greatest claim to fame.

I joked earlier that it was Ruth Callander. While we can all agree she was a lovely woman inside and out, she merely owned and lived in the house until she gave it to the town in the late 1990’s. Previous white people ownership of the house and property has been traced all the way back to 1671 when a guy named Captain Nathaniel White “acquired” it from the Native Americans to use the land for grazing. 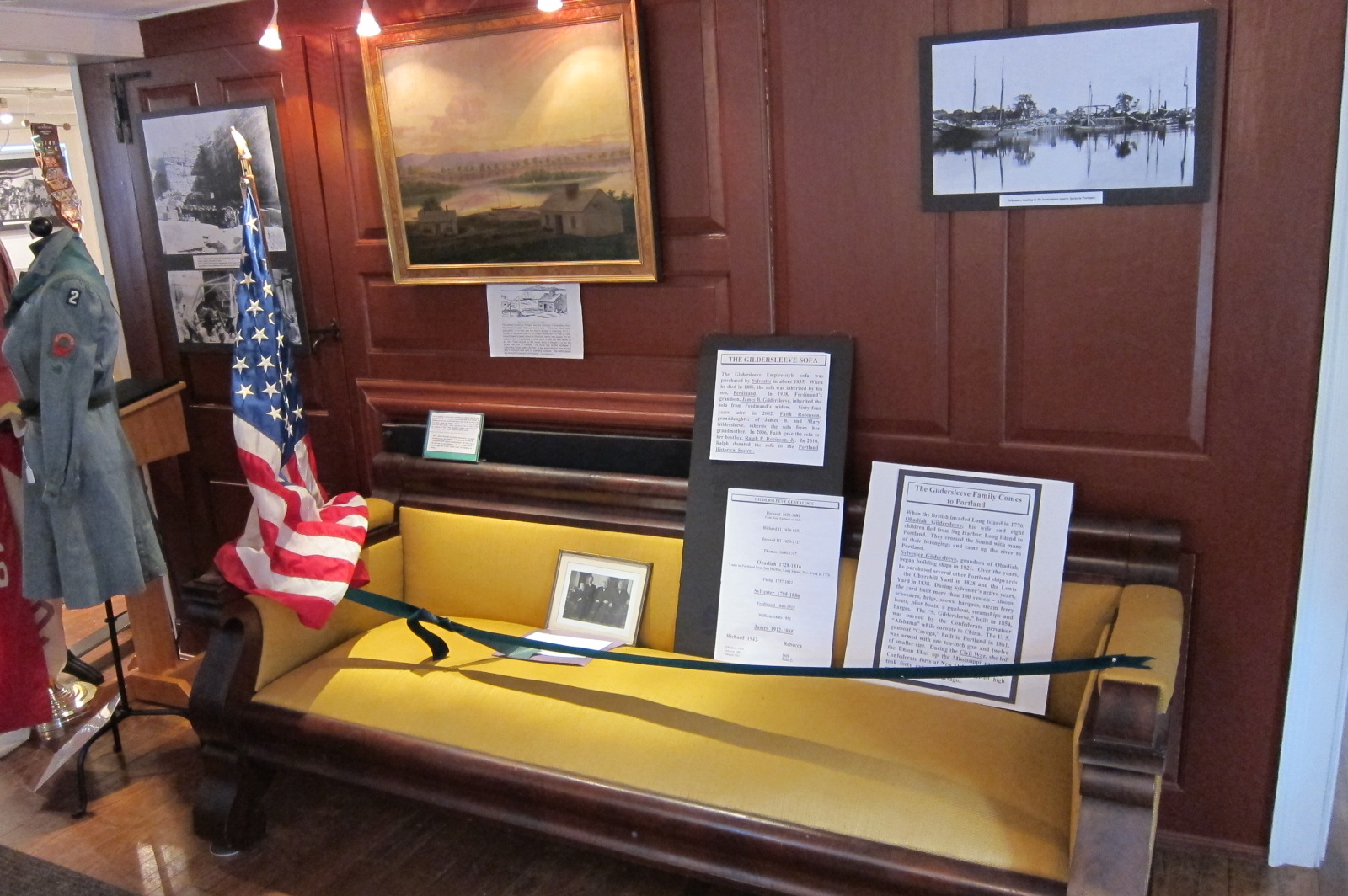 He was the son of a guy who hung out with Thomas Hooker up the river in Hartford. I suppose we should shout out the Native Americans who probably hunted and farmed this area for 10,000 years before Captain White and Ruth Callander came on the scene.

As with most little town history museums, they’ve crammed in little displays from several disciplines. We’ve already talked a bit about geology, but there’s more! And it’s cool! 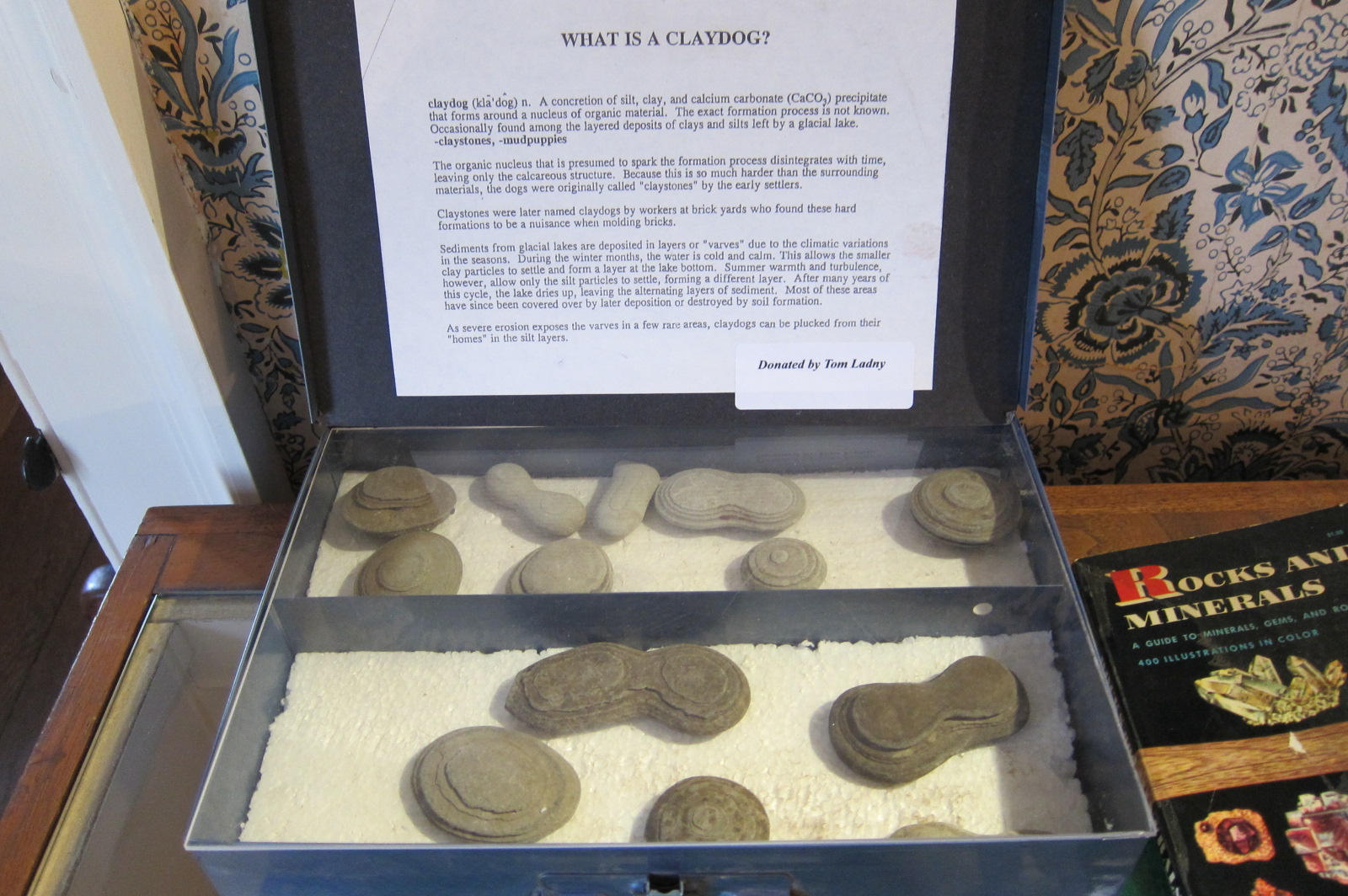 Clay dogs! Clay dogs are naturally occurring clay formations that are sculpted by river currents from glacially deposited blue-gray clay and then dried by the sun. They exhibit tremendous variety in shape and size, with some being simple and others having highly complex forms. The crazy thing is that no one really knows exactly what the process of formation is – but smart people are pretty sure they formed around an organic nucleus and they season deposits of clay and silt over many years built up, the bed was exposed to the sun, dried, and these things sort of “exist” in they clay/silt layers. 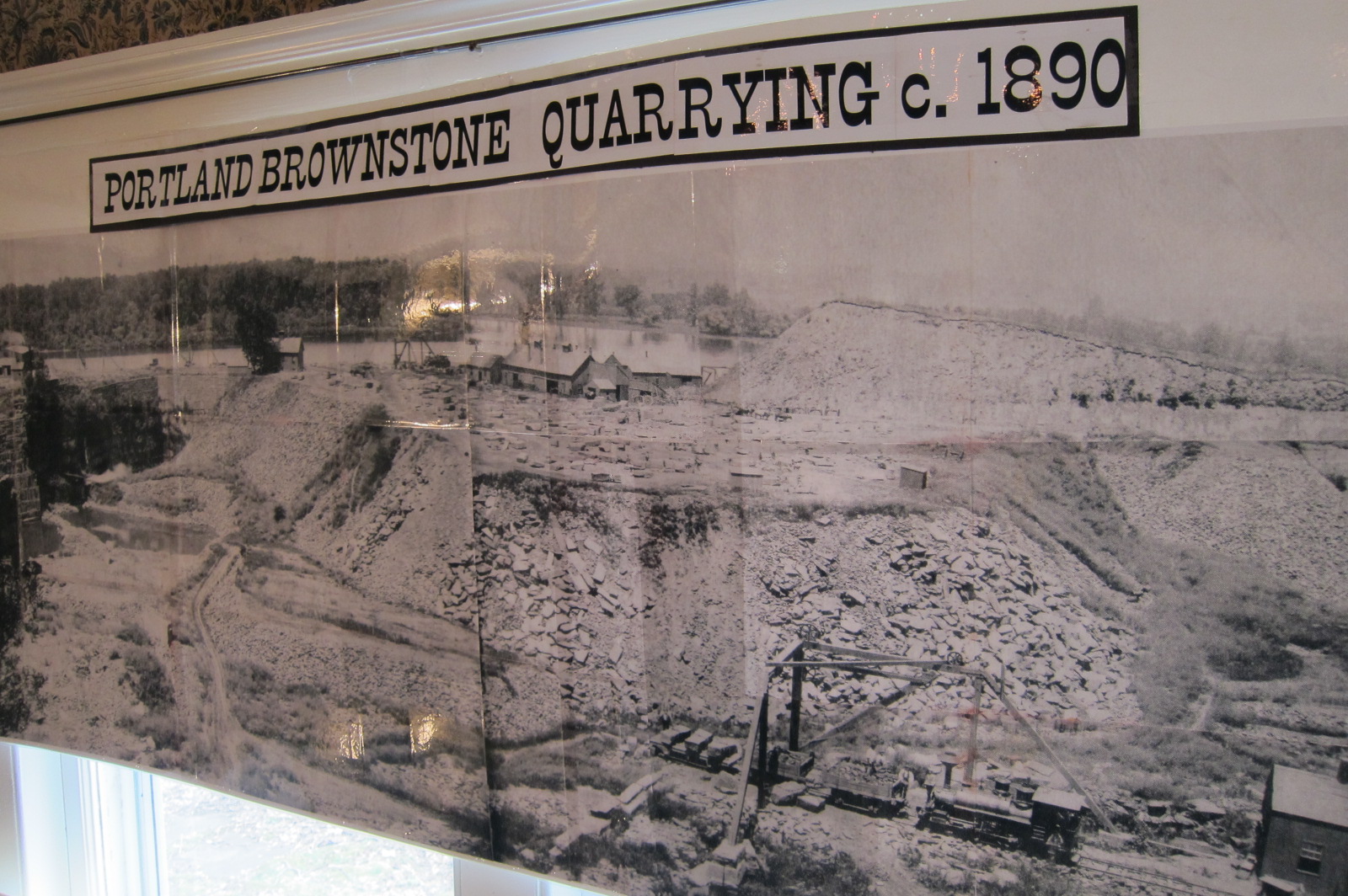 They supposedly only occur in a few places in the world; mostly along the Connecticut and Hudson Rivers. I find that impossible to believe, Wikipedia.

You want more Portland geology? Okay, Mica and feldspar used to be mined here in large quantities. Large enough to be shipped by train up to Manchester’s Bon-Ami concern to make their soaps. (A Bon Ami building is now Time Machine Toy & Hobby, which is a wonderful store to visit.) 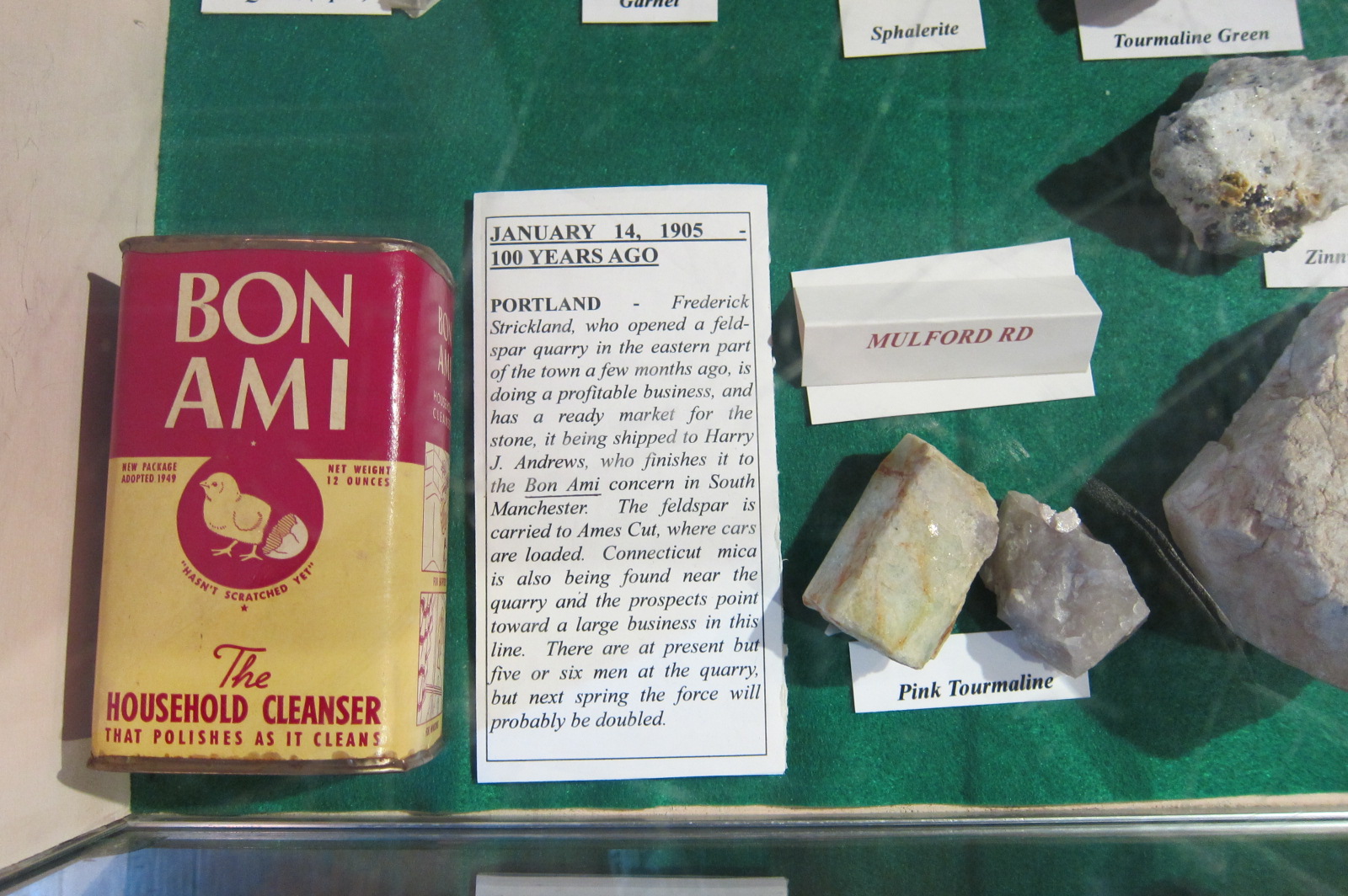 When I visited they had a whole room dedicated to old Boy and Girl Scout stuff. I was most interested in the Girl Scout stuff, as that’s certainly something I know nothing about. (There is supposedly a Girl Scout museum in North Haven, believe it or not.) 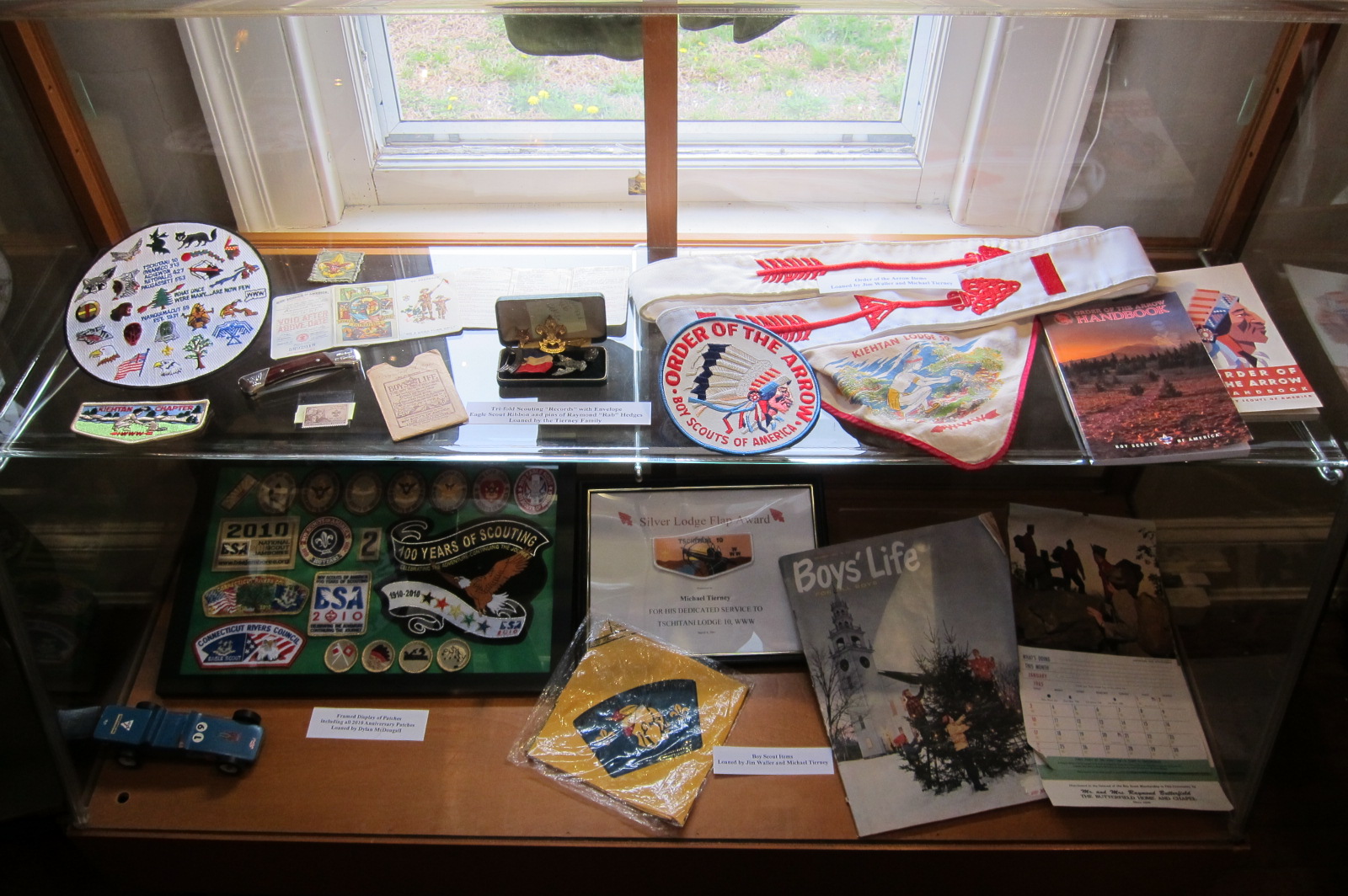 How about you? Want to quiz yourself? The Girl Scouts have a whole slew of retired badges, and some of them are just fantastic. Up first, what is this one called? 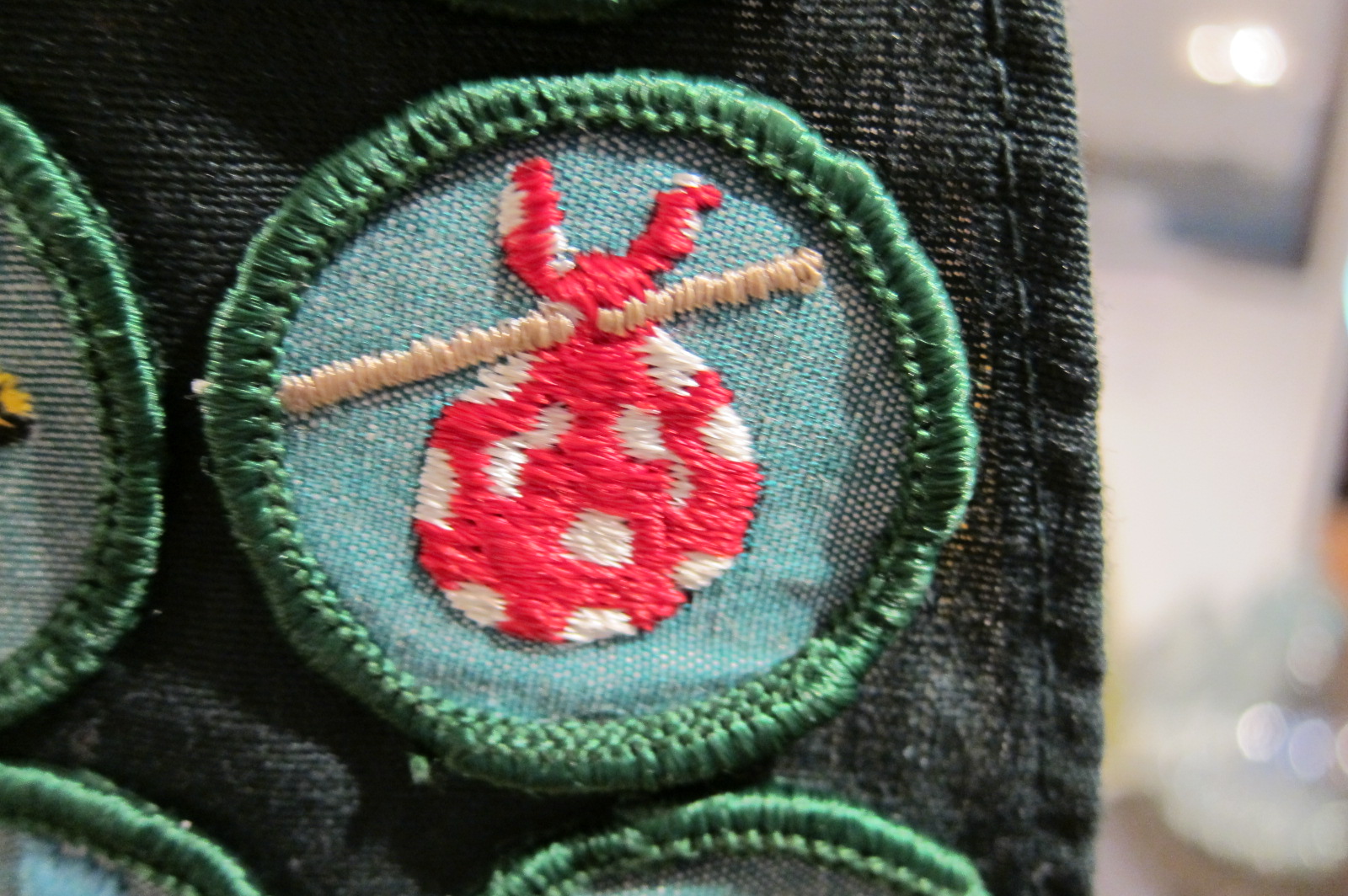 Retired Girl Scout badge: What is it?

Hop on an empty train and ride across the country with hobos?

Nope, that’s the Gypsy badge… to earn it, girls had to be able to plan and go on an all-day hike. 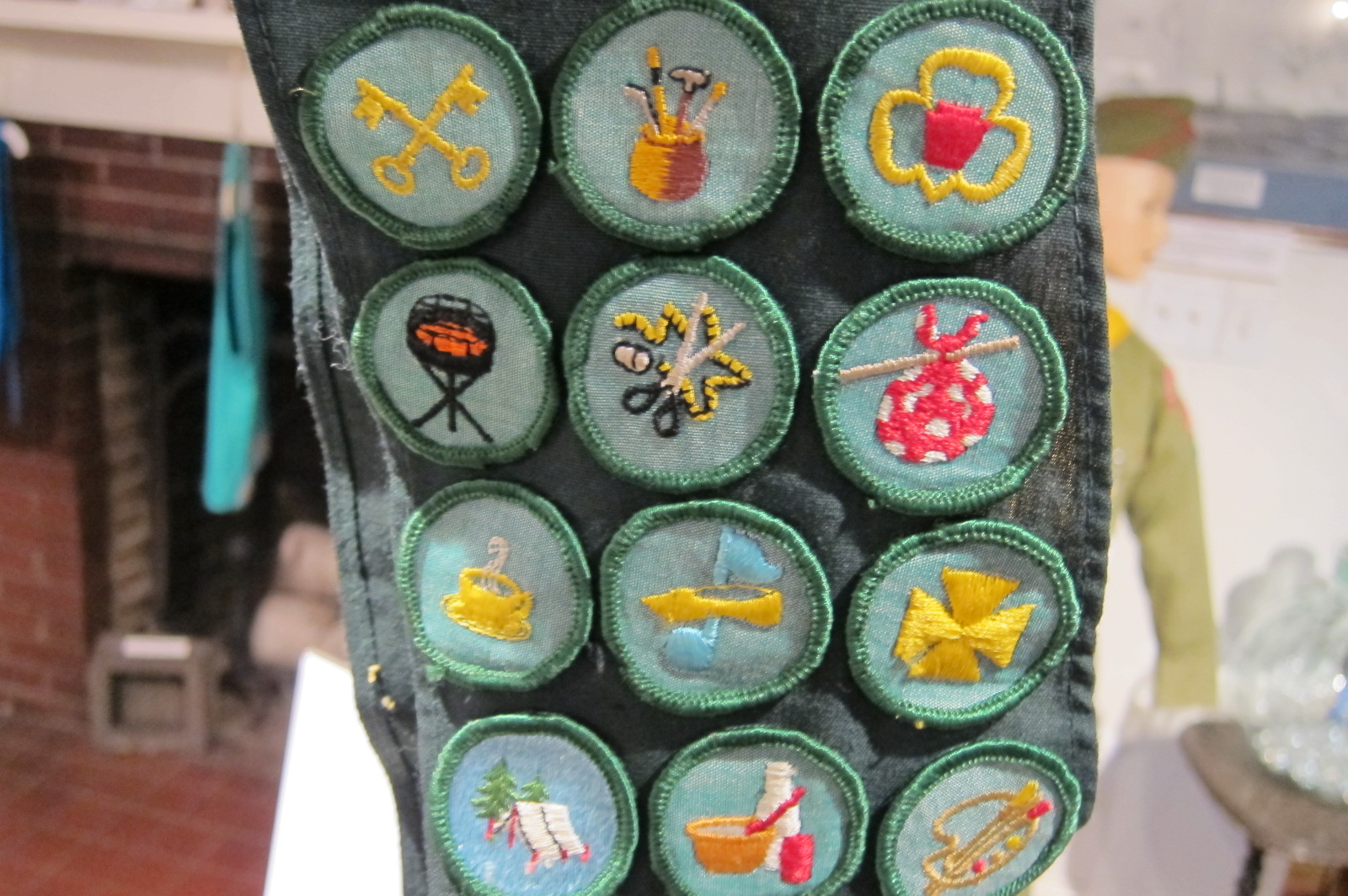 Yeah, good luck with this. Here are the answers: 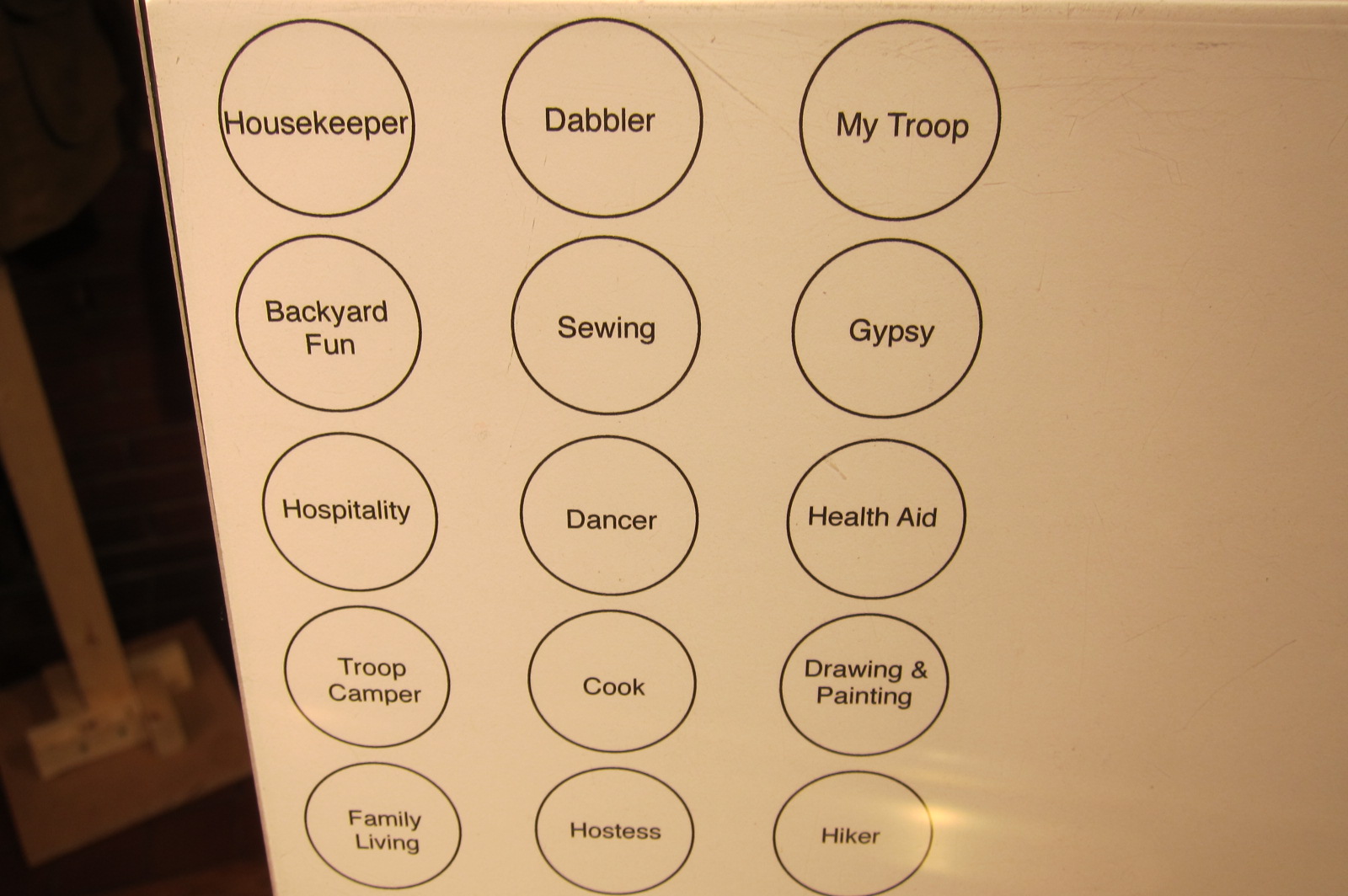 Dabbler? Backyard fun? Good times, I’m sure. (This, from a former Boy Scout who took Small Boat Sailing for 5 summers in a row simply because it was the most fun badge to attain at summer camp. I never told the counselors I had already earned it years before.)

There were also badges for Minstrel and Laundress. 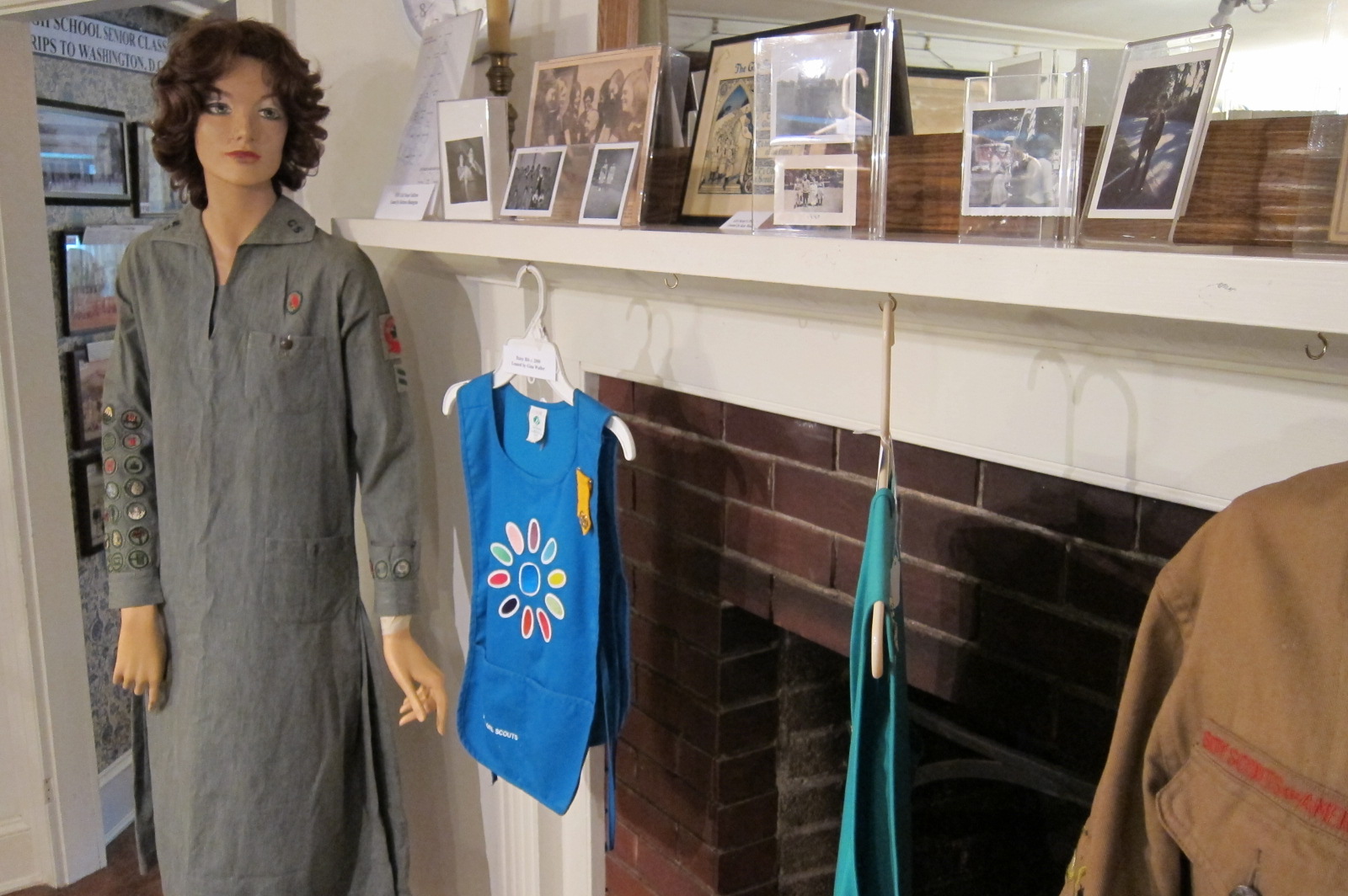 I rather enjoyed the scouting exhibits. I have no idea what will currently be on display if and when you visit, as the wonderful volunteers who run this place aren’t exactly up-to-date with their website. Have a question? Their FAQ might help: 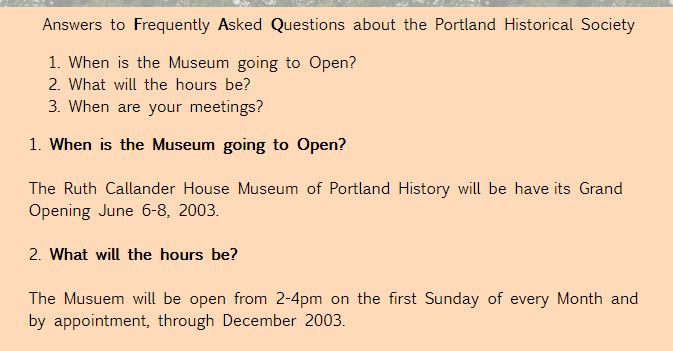 At least one thing is for sure: As this is a small town history museum set in a historic house, I can guarantee there will be at least one creepy doll. 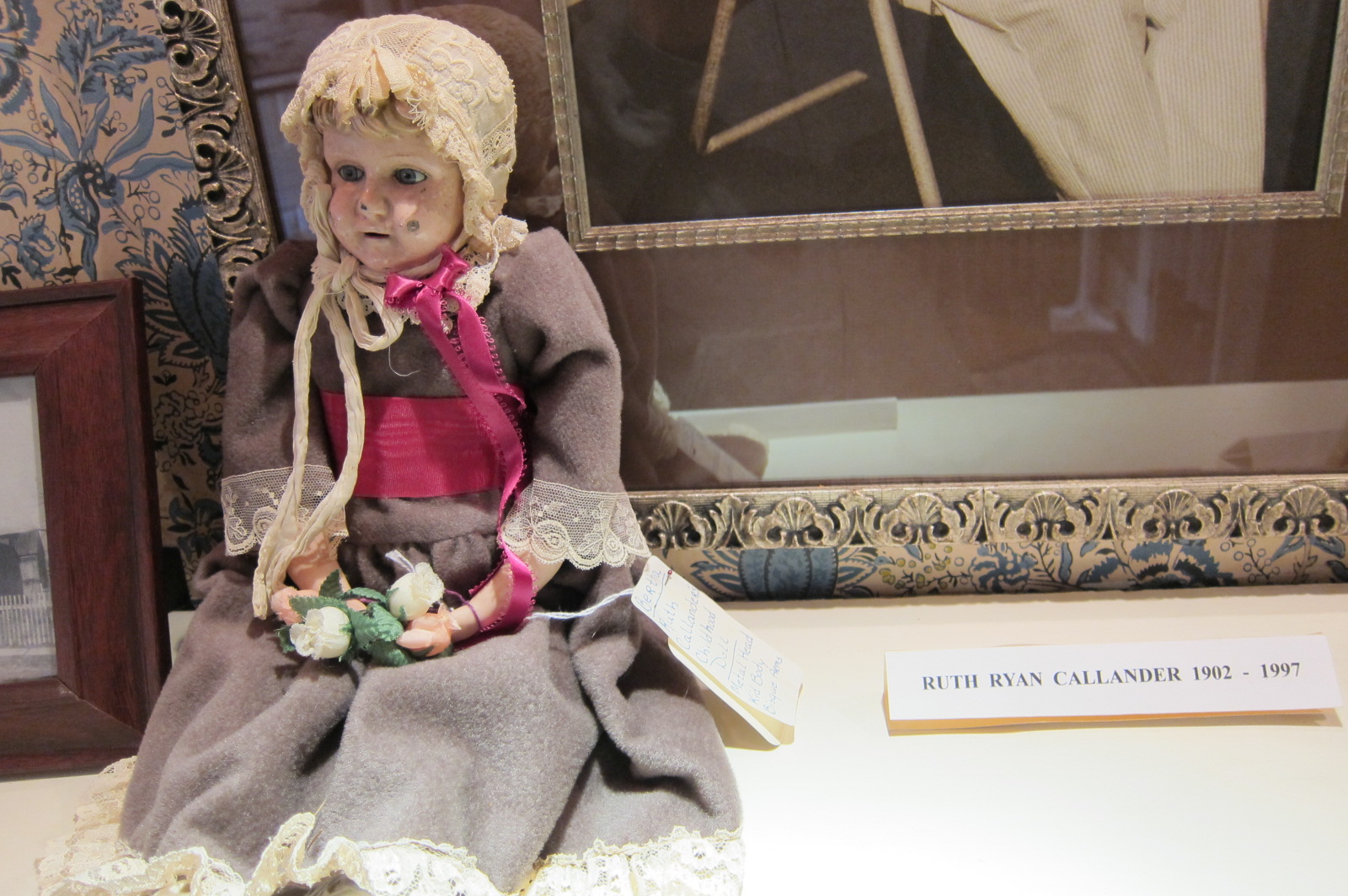 The Ruth Callander Museum of Portland History is legit.