Ah, another one of these places… Museum? Or not a museum? Well, the simple fact that you are reading these words on this page tell you that I’ve deemed it a museum. 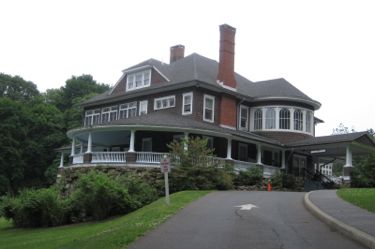 It’s just like the Wadsworth Mansion at Longhill Estate in Middletown (my visit); a beautiful, enormous old mansion that is now used for events like weddings and such but which happens to have an interesting history and interpretive signs throughout. That’s museumish for me.

And for Damian. Because every special needs six-year-old loves this stuff. I’ve established that fact over the years. (Don’t worry – we were only in Tarrywile for a short time and he got to go to the sublime il Bacio afterwards. (He wins.) 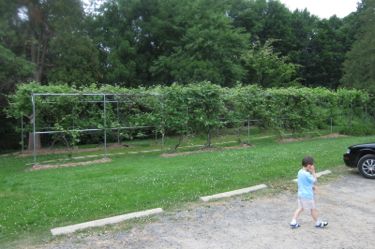 I know there is much, much more to Tarrywile than the mansion. There are over 21 miles of trails here, and I know they include some really cool stuff. On this day, I hiked exactly zero of those miles. But rest assured, I will return and check out the grounds someday. Especially since the abandoned Hearthstone Castle can be found in Tarrywile’s woods.

I’m pretty excited to get out there and into the woods. So don’t give me grief. 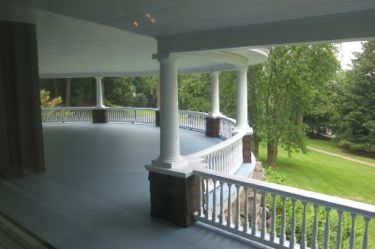 Like I said, this page is solely about the mansion, which is, of course, the centerpiece of the whole park. You’d think I’d start off the meat of this page explaining the name “Tarrywile.” Unfortunately, I can’t do that. I’ve just read a whole bunch of stuff about the mansion, from multiple sources, and no one bothers to explain the full name. 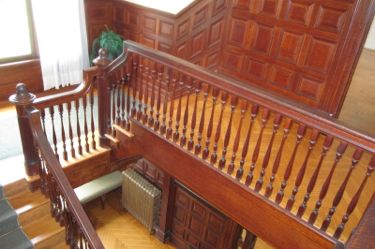 Dr. Wile was pretty impressive. This is from the Friends of Tarrywile:

Though underage, Wile enlisted as a private in the 150th New York Volunteers and served in the Union Army for almost three years until the end of the war in 1865. Wile got his fill of adventure in the war, including service at the Battle of Gettysburg and on General William T. Sherman’s famous March to the Sea through Georgia.

Wow. This one guy saw action at both Gettysburg and Sherman’s March and lived to tell about it? 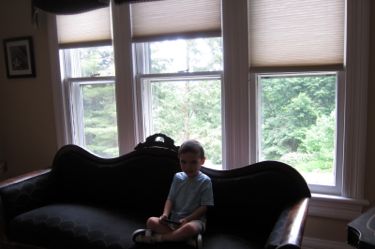 Following the war, Wile knuckled down to his studies and obtained his medical degree from New York University in 1870. Dr. Wile practiced medicine in New Jersey, New York and Newtown, Connecticut before moving to Danbury in 1896. Wile was one of the most prominent physicians and surgeons in Connecticut. In addition to maintaining his private practice, Dr. Wile served as a consulting surgeon to Danbury Hospital, vice-president of the American Medical Association, vice-president of the State Medical Society, president of the Fairfield County Medical Society and president of the Danbury Medical Society. Wile was also a nationally renowned author on medical science and practice. In addition to contributing articles to major medical society journals such as the Journal of the American Medical Association, Dr. Wile established and served as editor of the New England Medical Monthly which was published in Danbury and enjoyed widespread circulation during Dr. Wile’s lifetime. 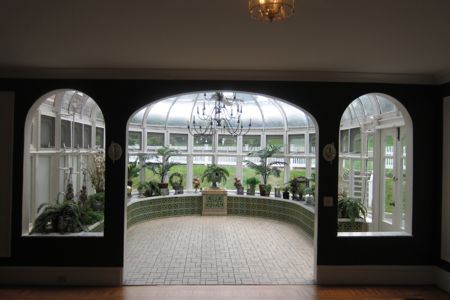 Professor Plum with the candlestick in the Conservatory

Yeah. Ok. I write a doofy website about stuff to do in Connecticut.

Which is why my house is known as 15 Fairfield Road instead of something cooler.

In 1910, Dr. Wile sold the Mansion to Charles Darling Parks. Mr. Parks was President of the American Hatters and Furriers Company Inc., the nation’s leading supplier of furs and hatting, and one of Danbury’s great entrepreneurial successes. 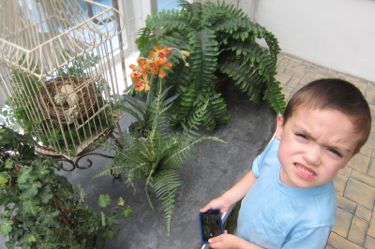 Annnnd there’s your Park in the Tarrywile Mansion and Park name.

That’s a joke… but shouldn’t be. For Mr. Parks was the one who bought up all the surrounding land and allowed for it to become a large park today. Mr. Parks was nearly as interesting as Dr.Wile; as a leading hatter and furrier in America’s leading hat city, he invented a process which eliminated the use of mercury.

Which, if you didn’t know, made hatters go crazy and spawned the term “Mad as a Hatter” or Mad Hatter. 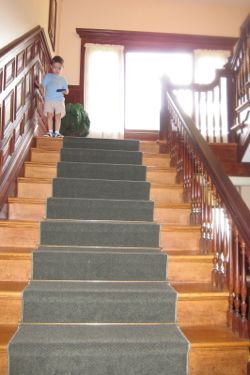 Anyway, Mr. Parks added the stunning Conservatory to the mansion, which is pretty much where every newly wedded couple takes their best pictures now.

The place remained in Parks’ family for decades until 1985 when the City of Danbury purchased it. Amazingly, they put money and effort into Tarrywile and today, it is certainly a shining example of what civic money can do for a place like this.

The place is always filled with hikers and daydreamers and kite-fliers and all those GOOD things a city wants to see. Many programs are held here to help at-risk youth from the local school districts. In short, Tarrywile is a great, great place. It is one of the largest municipally owned passive recreation parks in the State of Connecticut.

The house itself has a hip-on-gable roof with multiple dormers, large tapering chimney stacks, semi-circular veranda with Doric columns and porte-cochere. It is distinctly American, despite being built during the Victorian era. There are 19 out-buildings and most of them have been restored or retrofitted. 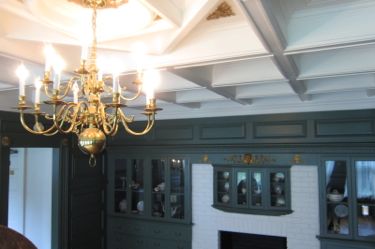 (I’m a little desperate for pictures)

You can reserve a guided tour of the mansion, or take a self-guided tour. You can guess what I did, especially with Damian in tow.

I’m sure I missed some historic stuff, but since this isn’t really a museum, and since I’ll definitely be back here more than once, I think I’ll catch up.

Oh yeah! I did miss where the “Tarry” came in. Tarry means to dawdle or wait or whatever, so is it a sort of pun? Like, “Tarry here because it’s so beautiful” or “Tarry while Dr. Wile saves a life” or what? I have no idea. I looked to see if Tarry meant something different in Victorian English or Scottish or something, but I found nothing other than what it means today. 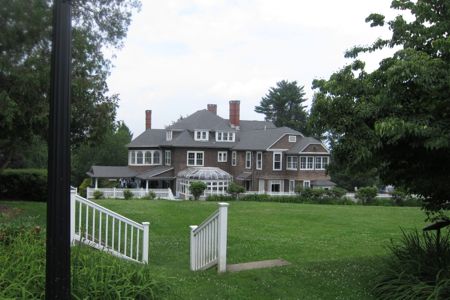 Unless you pronounce it like asphalt/road tar tarry, then that just means Dr. Wile wanted the place bathed in a thick, black, viscous goo for some weird reason.

Maybe I’ll find out some day.