I feel sort of lame writing up this museum. Why? Because they just got their museum going last year and it’s super sparse and can only get better over time. But when you set out to visit every museum in a state with many hundreds of museums, and you find yourself planning a family adventure that takes you near (enough to) Oxford during the two-hour window the museum is open on one of the rare Sundays that it is, you go for it. And you are happy for it. 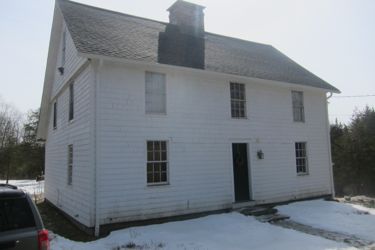 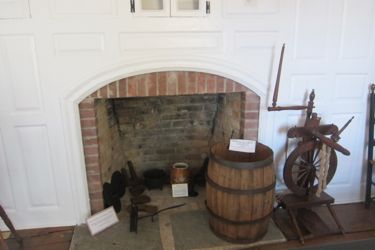 I was reminded of this museum by a little blurb in the Hartford Courant about an antique model railroad display. Yes! My sons love model railroads and therefore they’d have no issues visiting yet another “boring” historic house museum. A few weeks went by and when I started really planning our visit, I delved into the display further.

Whoops, this wouldn’t be a working model, but rather a few old toy trains in a display case and nothing more. I had two choices: Lie to my family and then act shocked upon arrival or tell the truth to my wife and deal with the boys. I opted for the latter. Less painful in the end. 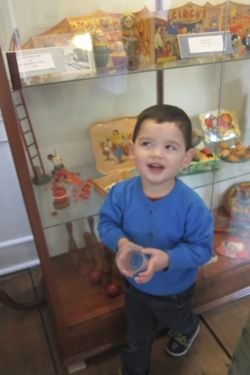 To their credit the Oxford Historic Society had a sign out on route 67 enticing visitors to come see them down Towner Lane. The museum looks like any old clapboard New England colonial house and the mud driveway is a nice authentic added touch. (To be fair, the docent on hand during our visit made it immediately clear that they are paving the drive this spring, once the weather cooperates… which this year might mean summer.)

The house is large but the “museum” portion of it in 2014 is decidedly not. Three small rooms are open to peruse and one of them is more or less empty. Fear not, intrepid Oxford, Connecticut history fans! As I’ve said, this museum is only going to get better and bigger over the next years and decades!

But, since we visited in March 2014 we only got the three rooms.

Plus some cookies. That’s right, there were two plates of cookies laid out and Damian happily took one and enjoyed it. Unfortunately… oh I’ll get to the unfortunately in a minute. 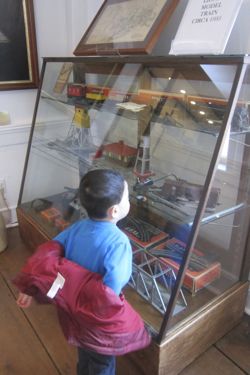 As with many small town historic house museums, the fact that this is a museum is simply because it’s an old house that has survived centuries. And it is indeed a survivor:

Built in 1755, this house has a long connection with prominent local families and is listed on the State Register of Historic Places. When development threatened the house, the developer was convinced to donate it to the Town. Moved to a new, town-owned site, the house received a new foundation and chimney base, and was restored by the Oxford Historical Society. A multitude of workers donated their labor to the project, including members of building trades, Boy and Girl Scouts, area foundations, and many local volunteers. The people of Oxford succeeded where many towns and small nonprofits fail by involving a wide range of people throughout the community. The task of managing so many different groups and individuals alone is a remarkable achievement. “ 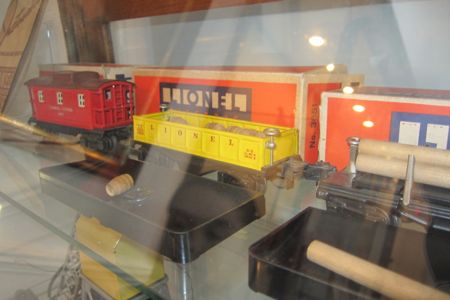 And now here it is! An old house with some old stuff in it!

There was a small display of how the house was moved across town on a giant flatbed. Even Calvin found this fascinating:

As we were looking at the pictures (“Papa! Wook at dat big twuck! Itsa HOUSE on dat twuck!”), the docent opened a secret closet to show me the “original paneling” that showed us, along with the intricate woodwork here and there, how well-off the Twitchells were. 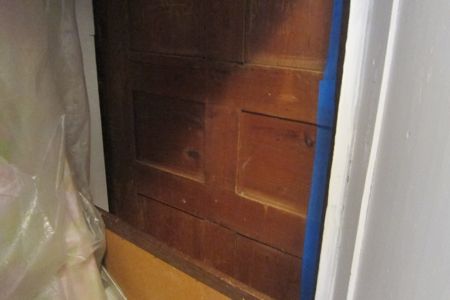 Oh – the Rowland part of the house’s name comes from the family who donated the property upon which the house now stands. Hats off to these Connecticut Rowlands who are good people and not criminals.

The antique train display was nothing more than a glass case with a few 1935 Lionel trains in it. Both Calvin and Damian kept yelling that they wanted the trains to run so they could watch. After all, why would you have trains that you can’t play with? Such is the thinking of little boys. 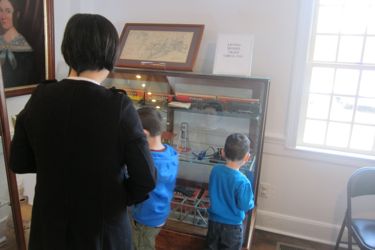 There was another display of old timey toys that mildly interested them as well. The docent kept thanking me profusely for bringing my kids to the museum. “We just don’t get little ones here too often,” she said more than once. This is when most people who do what I do would explain what it is they do, but me? Nah, I just made up some semi-lie about how we were “in the area visiting a friend and saw the sign out on route 67.” I just don’t have the energy to explain the whole CTMQ nonsense sometimes. 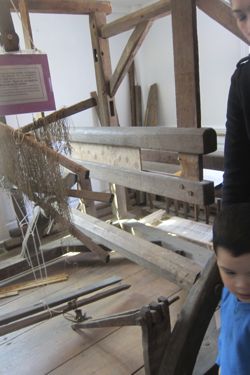 Here’s an amazing fact about this loom: The strings on the heddles (whatever they are) are between 150 and 200 years old! They are presumed to be linen, made from locally grown flax. They are very delicate, said the sign.

The sign went on further to read, Please do not touch the heddles or operate the treadles. I have a question… If I, or one of my rugrats started touching the whatevers, couldn’t we have said, “Like I have any idea what a heddle or a treadle is?” 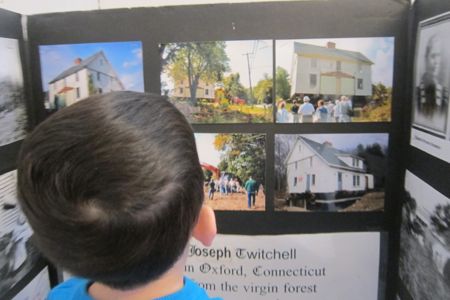 And that was pretty much it. As we circled back to the entry room, Calvin eyed those cookies I mentioned. Oh, but wait. I wanted to mention OHS’s website.

They have some cool stuff on there, like the story of a quilt they have that dates to the Civil War. It has the quilters’ signatures on it and everything. It’s called Harriet’s Quilt and it’s pretty amazing – at least to me. Here’s the link to it, which will probably be dead by 2015 or so.

They also have bit about the wonderful Adeline Gray. There are so many cool stories about this pioneer that I certainly can’t include them all here. She was from Oxford and basically helped develop and test parachutes made of nylon – because the previous silk models weren’t so great and the silk mainly came from Japan… which wasn’t happening in 1942. So she went to Brainard field and jumped out of a plane and the military bought into it and – read more here.

And her ads for Camel Cigarettes were pretty great too. Ah, old timey death ads. 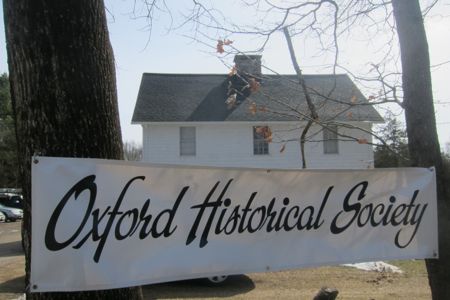 Ok, so back to the cookies. Calvin spied them and of course wanted one. Whoops, both varieties contained nuts. And Calvin is allergic to nuts.

Aw, nuts. And so we left with our little one crying his head off saying over and over again, “I want a COOKIE!!”