CTMQ > Everything Else > Books, Movies, People, & Stories > ML28. Tender is the Night

*Dicole: Pronoun, the cutesy made up name used in the novel for the “perfect” married couple, Dick and Nicole Diver 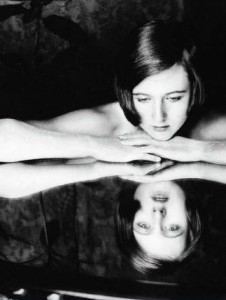 Yes, it’s true… F. Scott Fitzgerald wrote a Top 100 novel other than “The Great Gatsby,” and the main characters really do refer to themselves as “Dicole” during their early years of marriage. It’s also true that this book follows the lives of absurdly wealthy and morally corrupt Americans (though ex-pats this time), much like his more famous work. But “Tender” is a very different book as it is very autobiographical – and very sad.

It begins on the French Riviera where the fabulous Divers, Dick and Nicole, are lounging about and just being, well, fabulous. Everyone loves them and looks up to them as paradigms of class, wealth, manners, and physiques. Must be nice. While there, Dick meets a young Hollywood starlet named Rosemary Hoyt and the two begin a flirtatious relationship, despite their difference in ages – and Dick’s married status.

Dick, ever wary, never does anything more than boost the ingenue’s ego and even makes sure his wife is just as friendly with Rosemary as he is. Of course, Dick finally relents to Rosemary’s unrelenting love for him and takes their relationship to new heights. Nicole remains clueless.

A cast of snobby and aristocratic ex-pats and Brits populate the novel, but to no real lasting effect. At one point, there is a murder, a chase, and all sorts of chicanery while Dick and Rosemary had just begun getting more intimate. Nicole suffers an odd reaction to the stress, Dick essentially says “oh, no not again,” and the book (finally) gets good.

The story jumps back in time several years; back to when Dick was a very successful young psychiatrist in Switzerland, working on the cutting edge of therapy for the mentally ill. (Which, at the time, also included homosexuals by the way.) Fitzgerald craftily weaves the story of how Dick was amazingly effective for one beautiful patient; who of course turns out to be Nicole.

Yes, they fall in love and marry and her schizophrenia seems to abate while being hopelessly in love with Dick. They have two kids, flit about Europe, drink, smile, and become the envy of the social class (Nicole’s family was very wealthy). The “flashback” portion of the novel is the best third, to be sure. There is even an explanation for poor Nicole’s illness; her father raped her at a very young age. Rather edgy for 1934 I’d say.

This section then catches up with the beginning of the novel and skips ahead to the story after Nicole’s collapse. Her collapse is sort of the beginning of the Diver’s collapse as a couple; why did Dick marry a patient? Why was he still in love with Rosemary and even consummate their attraction on a few occasions? Why couldn’t he get his head on straight and make a career with his brilliant mind?

Or, was Nicole responsible for his collapse? Was her insanity and clinginess driving him to act like an idiot? At one point, Fitzgerald uses a bit of a cheap ploy and it is revealed that Dick is an alcoholic; which has negatively affected his practice, his marriage, and his social standing. Then again, must one drink when one is married to a schizophrenic? Is it okay to commit adultery if your spouse is completely out of it? Is one driven to complete insanity by an alcoholic adulterer?

I think these are the types of questions we are supposed to ponder – but the problem is that “Tender” is an autobiographical novel about the author and his wife. They were a mess and fell apart more than the Divers of the novel did! It took him forever to write and while there are flashes of amazing prose, you can almost tell he was a just filling pages at certain points.

Lesson: Doctors, don’t fall in love with your mental patients – in other words, don’t be a Dicole. The Divers “dove” right into an impetuous love and then “nosedived” to their expected demise.