When your hobby is visiting every museum in Connecticut, you must – wait. Stop. Don’t make this your hobby. People will think you weird. For real. Well, at least get married before you do this like I did. 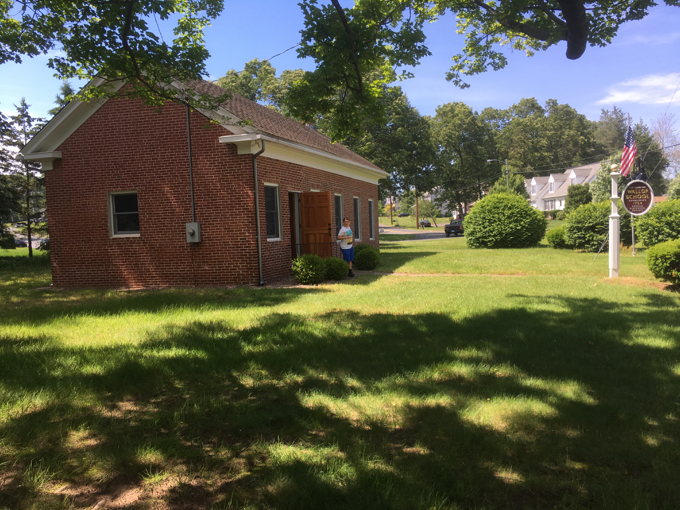 As I was saying… you need to schedule certain visits far in advance. Tiny places like the Wallop School are only open 3 days per year, and then for only a couple hours on those days. 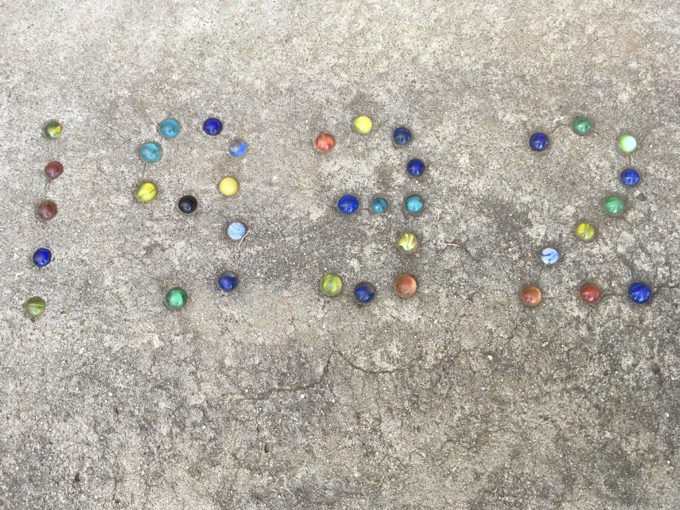 In other words, six hours or so per year.

But the joy of visiting makes it all worthwhile! It’s like a successful treasure hunt each time and it never gets old. (Again, I’m pretending you’re like me.) 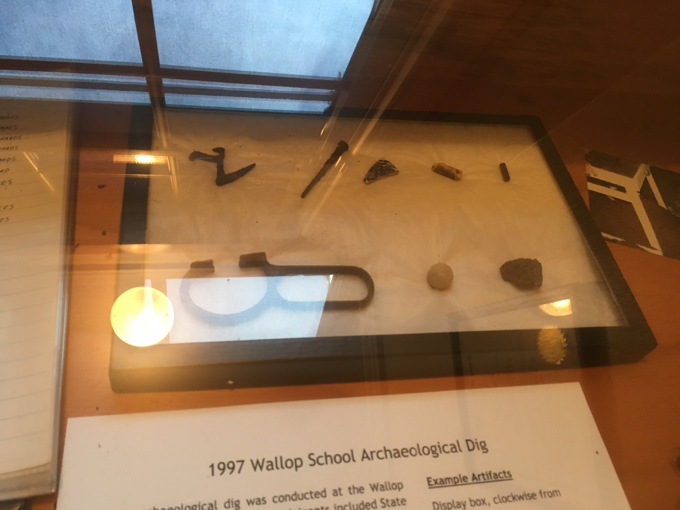 Items found during a 1997 archeological dig on school grounds.

The Wallop School offers nothing more than all of the other one room schoolhouse museums around Connecticut offer. That much I assumed before even visiting. After all, it’s just one little room. That served as a schoolhouse.

There was a costumed docent though, which isn’t a guarantee, but also not unique. 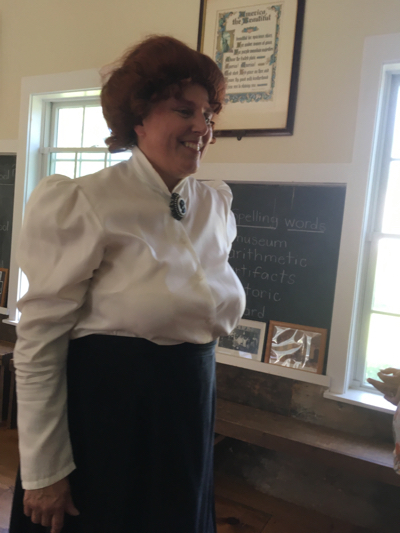 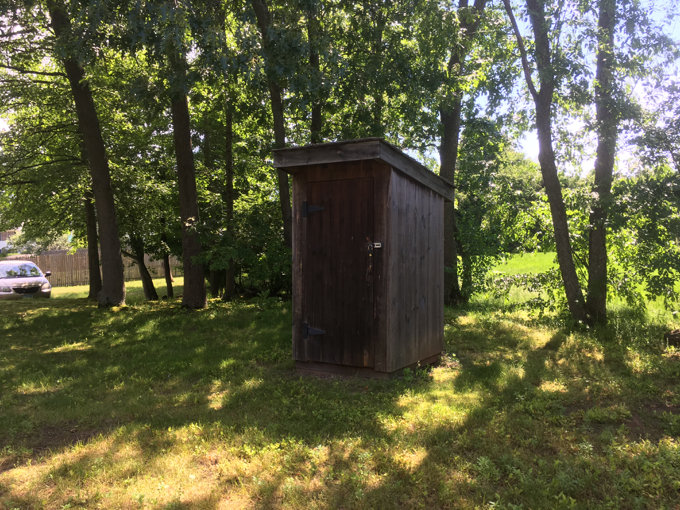 There’s an outhouse out back but since it was wooden and in fairly good condition, I had to ask about its veracity. Good question, Steve… it was built as a Eagle Scout project a while back, but of course built to specifications.

“But not really,” my docent told me, “because there would have been two; one for the boys and one for the girls.” 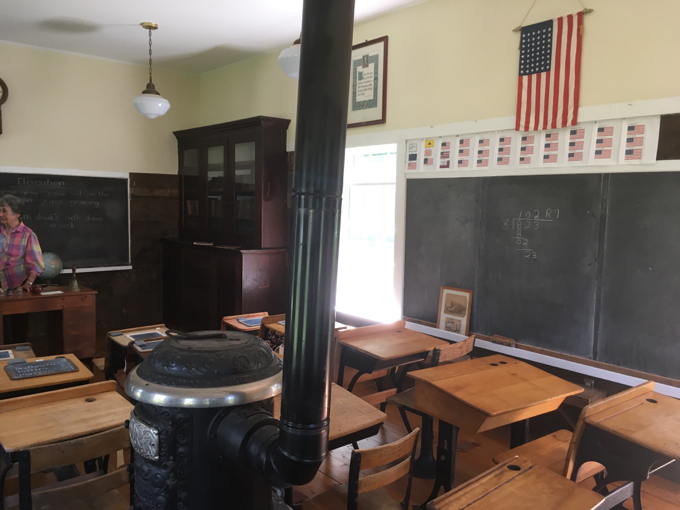 The docent was very eager to speak with me about the Wallop School – most likely curious as to why the heck I was taking pictures. After all, it was just a one room schoolhouse open six hours per year. 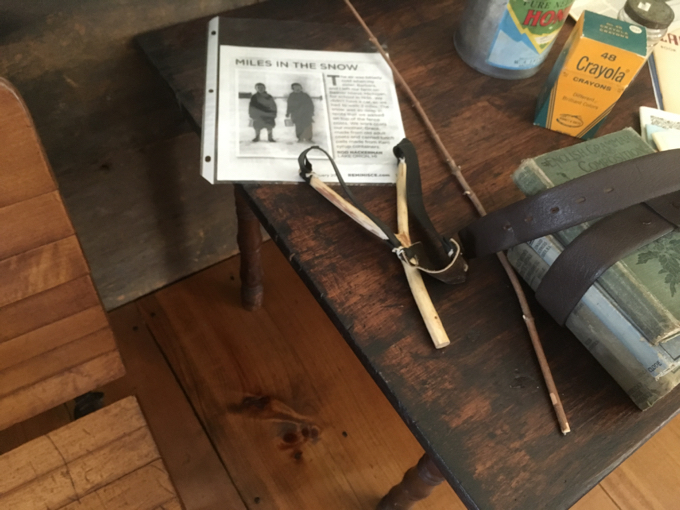 She was Joanne Wilson from Nowheresville, Nebraska. Ah! Nebraska! Her entire education was in a one-room schoolhouse and now an Enfield resident, she felt a connection to this place. She often went to school via horse. I told her about my affinity for the rolling high plains of western Nebraska and she seemed pleased with my poetic take on her native land. 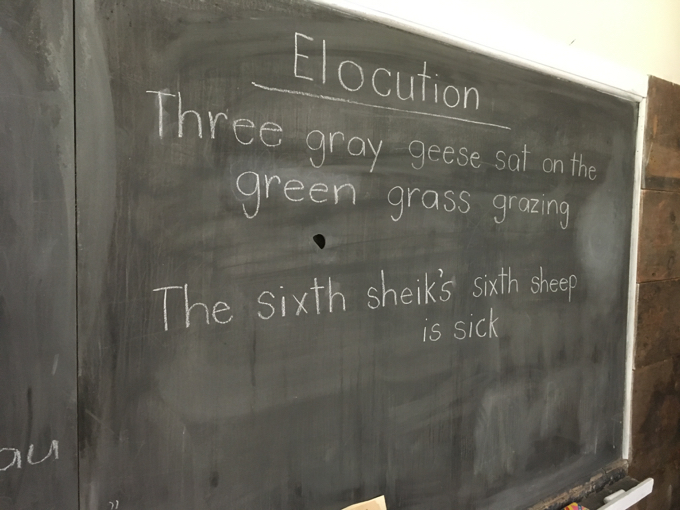 The Wallop School was one of the last one-room school houses in use in Connecticut. The original structure, probably of wood, was built in 1754. It was in that year that the local citizens voted to establish school districts. In about 1800 the original structure was destroyed by fire and replaced by the present one-room brick building. The new school housed several different grade levels. It operated continuously until 1947, when its only teacher became ill.

Wait – that’s how the historical society’s explanation ends? I’m currently watching season 2 of “The Leftovers” and … weren’t there any other teachers in town? I realize this section of Enfield was probably all farms and stuff, but that seems extreme. 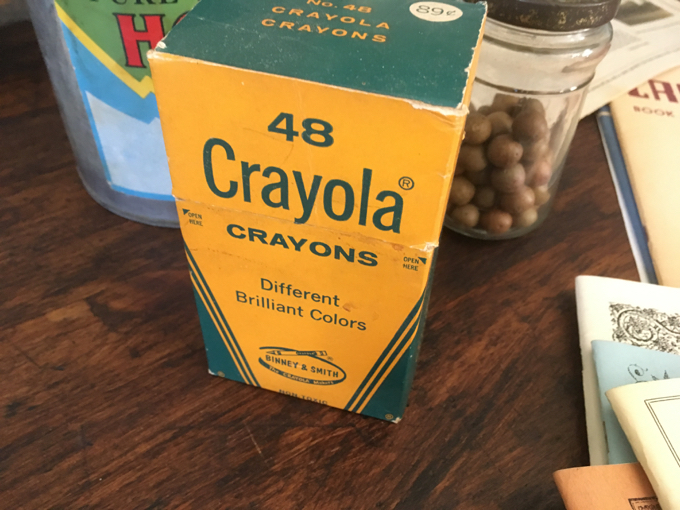 A fire in 1959 severely damaged the unused structure. Anxious to obtain a meeting place, the Enfield Historical Society gained possession of the remaining ruins in 1961. After completing repairs, the Society opened the Wallop School Museum to the public. More recently, the Society completed a multi-year restoration of the school, carefully and lovingly recreating the atmosphere and character of the school during its last years as an active school.

Wait – the historical society had no other place to meet other than a burned out one room schoolhouse several miles from “downtown” Enfield? Sheesh, there was just no respect for these types of organizations back in the 1950’s and 60’s. They did a great job fixing the Wallop School up. 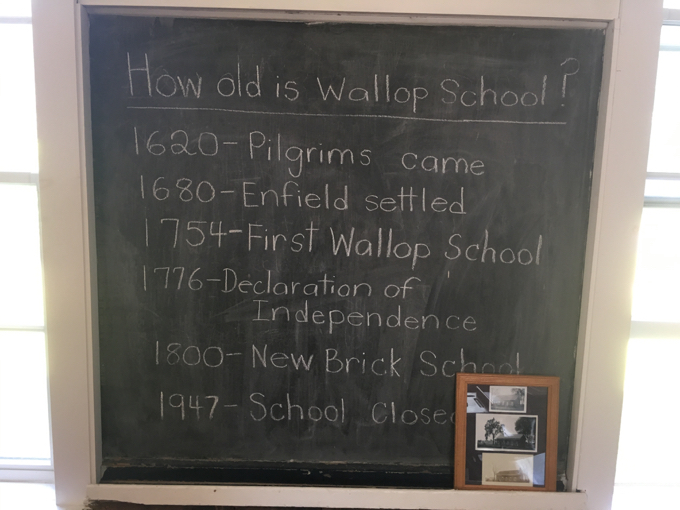 I’m glad I never attended such a tiny school. I read an article from The Courant about the Wallop School that included this:

… [She] added that students did as they were told without argument. For instance, students might be asked to fetch firewood for the stove or water from the well.

“There were no ifs, ands, or buts,” she said. “Those were the good old days.”

She forgot to add, “and if they didn’t listen, they got a good Wallop.” 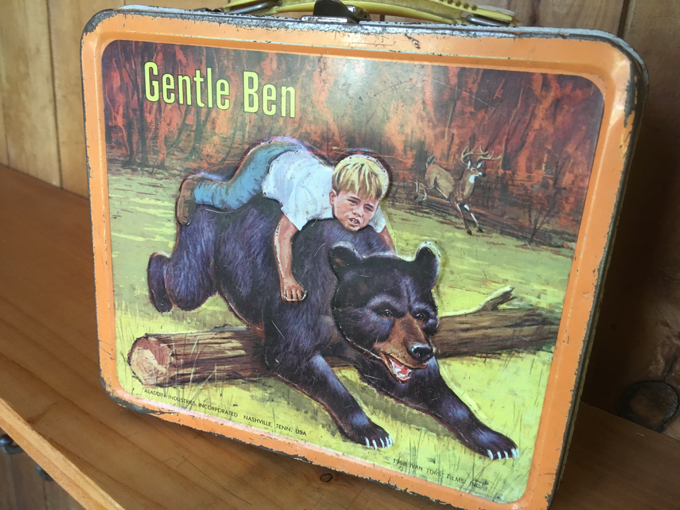 This lunchbox was not available during the Wallop School’s run