As I was making my way to Burlington’s one-room schoolhouse, a friend was mocking me for going to places, eating things, and visiting museums simply because it’s on one of my lists. I replied that I had already visited a one-room schoolhouse in Harwinton, and I was about to visit another here in Burlington. 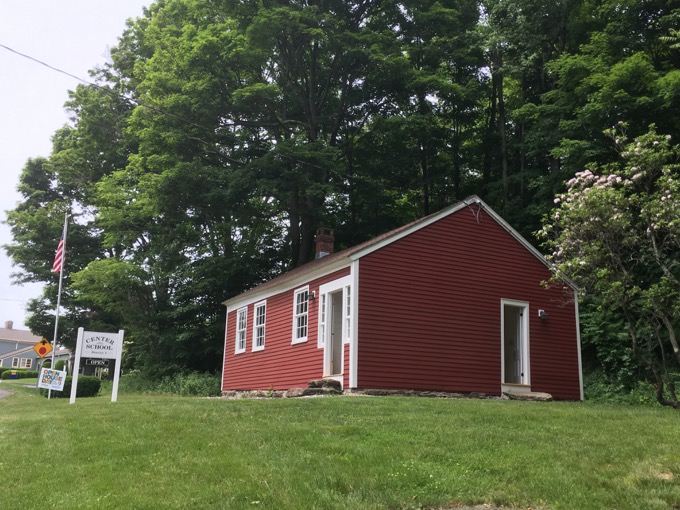 And that these two would prove no different from the previous 14 or so I’d been to over the years. But… so what? Isn’t that what CTMQ is? Isn’t that why you read it? As I near 400 Connecticut museums visited, which I’m confident no one has ever done, I have to visit these places.

And I love doing it! 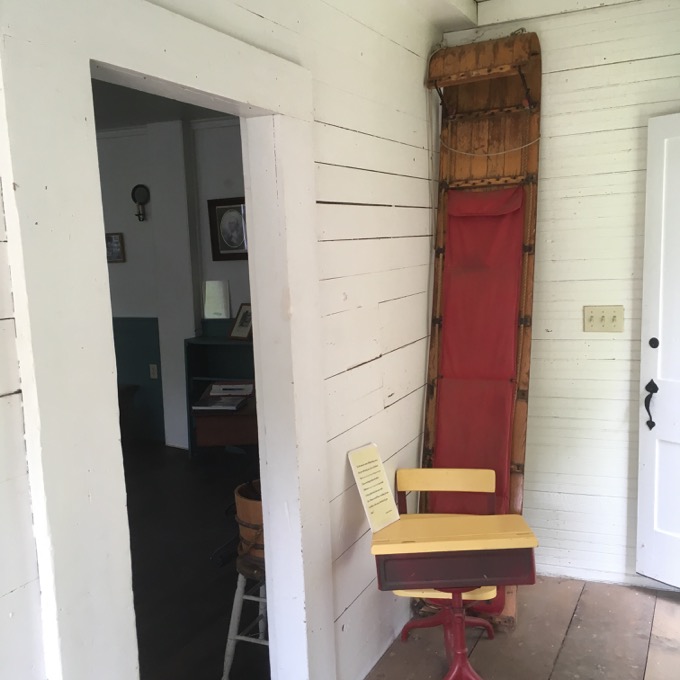 Of course every one-room schoolhouse is the same. Each is a piece of history and every town that saved one is proud of their little bit of Americana. And I’m happy to highlight each and every one.

And this one is particularly old – probably built between 1779 and 1800 and was used until 1948. The schoolhouse served all of the children in 1st-8th grade living in the 1st district of Burlington’s (at the time) nine districts. 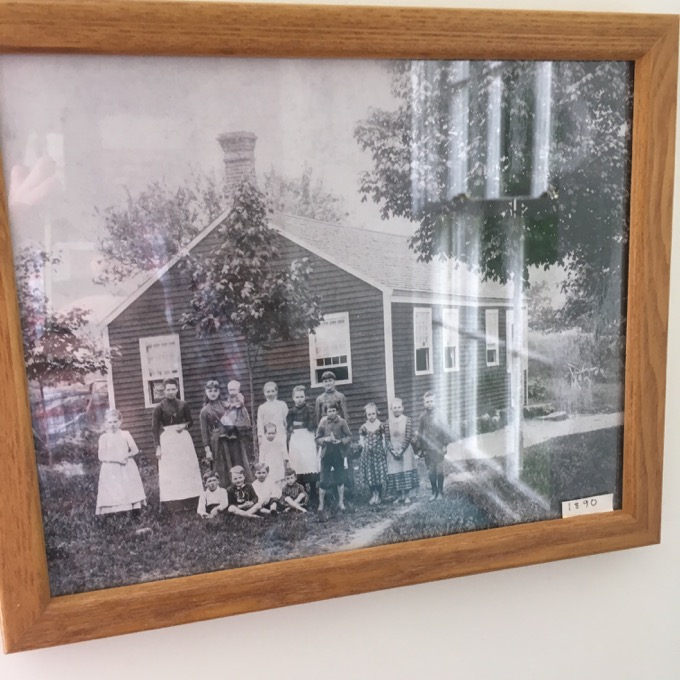 The Flag Day celebration and 8th-grade graduation was held on the Burlington Town Green each June. This was the only time when students from all of the district schools got together. Early on, few children received an education beyond 8th grade, but those who did had to go away to school or attended high school in Farmington, Canton, or Bristol.

The school year back in the day was shaped around farming. There were two terms: four months during the winter, and another five months starting in April or May and running through the summer. That way, children could help their families with planting and harvesting crops. 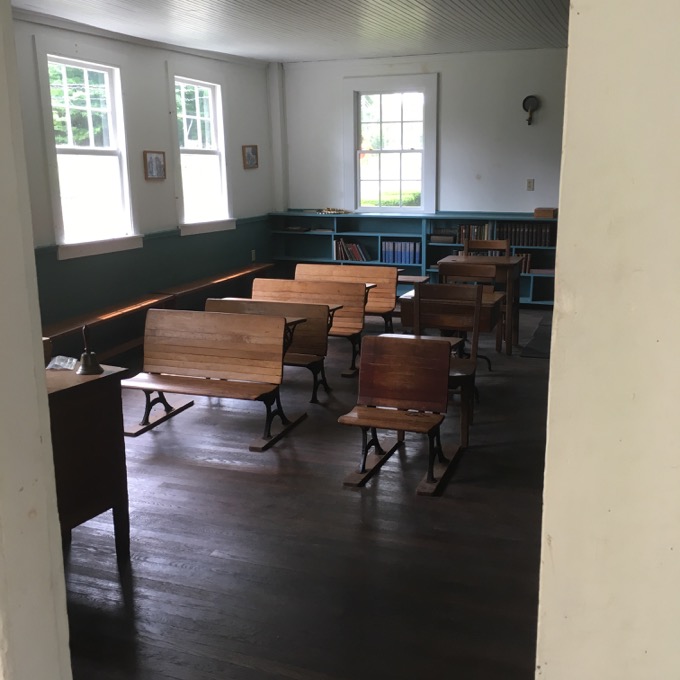 In 1813, teachers’ salaries were between $6 and $9 per week. There was one teacher, who taught reading, writing, math, spelling, geography, history, and more to students of all different ages. The younger children sat in the front, with the older in the back. Most of the school work was done independently, but older children would sometimes help the younger ones. The school was heated by a wood-burning stove in the center of the room. Boys would bring in the firewood. There was no running water, so students used the nearby outhouses.

In 1909 the town took over the schools from the old district committees and hired a superintendent. In 1919 the town began providing free textbooks. Power lines eventually reached Burlington, and in 1924 one electric light was installed in each schoolhouse. The one-room schoolhouses closed in 1948, and the Burlington Consolidated School (now Town Hall) opened for the 1948/49 school year. Lewis Mills High School opened in 1956 and Lake Garda School opened in 1965. Har-Bur Middle School opened in 1973. 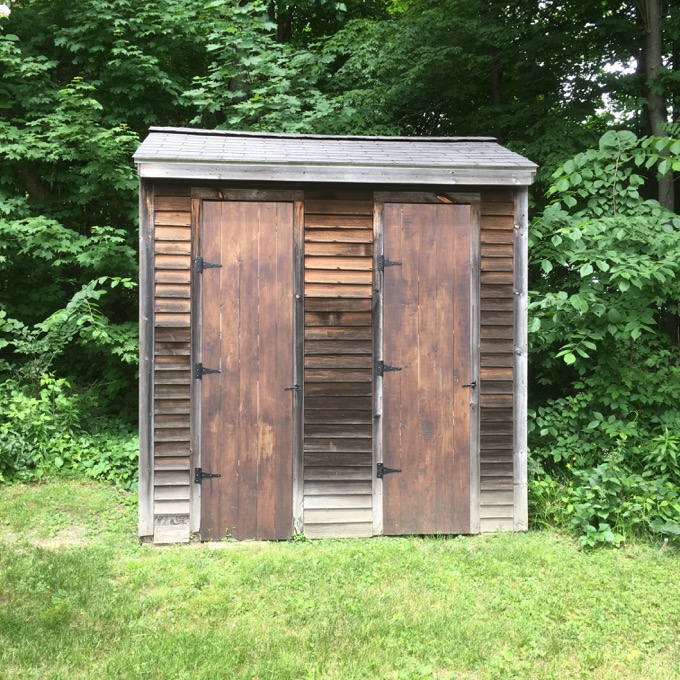 From that point, the old schoolhouse was vacant. However, in 1988, renovations were completed and the cute little building was preserved. In 1999, an Eagle Scout project spruced up the place with a fresh coat of paint as well as some other improvements.

So, yeah… it’s “just another schoolhouse.” But you know what still gets me excited about these things? This place is only open to the public two, maybe three days per year. So the mere fact I was able to get inside it, chat with the woman dressed in period clothing, and write this little CTMQ entry is something that keeps me going.

And going… and going… 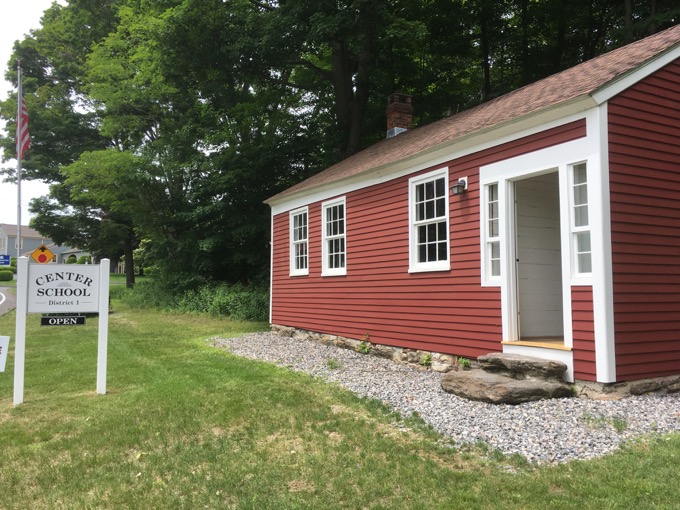