You very well may have stumbled onto this particular page about BF Clyde’s from one of the other entries around the website. After all, this place shows up on CTMQ in many lists – as a museum, as a cider (soft AND hard) mill, as the oldest continuous producer of hard cider in America, and as the oldest as the oldest operating steam-powered cider mill in existence. 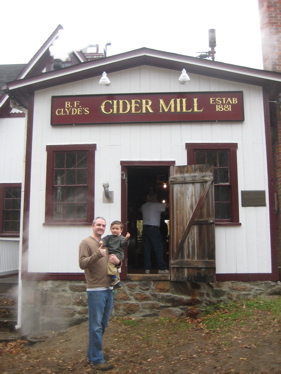 It’s that last bit of trivia that leads us to this post – in addition to all the good stuff about BF Clyde’s, it’s one of Connecticut’s rare American Society of Mechanical Engineers Landmarks. I wish I had known that before visiting (though I’m sure I’ll go again someday) so I could have hopefully found the plaque – though if you look closely in the above picture, that’s it to the right of the doorway. (Funny thing: For over a decade BF Clyde’s website states that they are a National Historic Landmark, which they are not. Perhaps they should be, but they are merely an ASME Landmark.)

Oh well, I drank the apple cider, I sampled a bunch of their hard ciders and apple wines and I toured the old cider mill. You can read all about that stuff on the link at the bottom. For this page, It’s just about the facts, from the ASME Landmark site:

Clyde’s mill is a rare survivor of a once-commonplace seasonal rural industry. Until recently a cider mill could be found in every community where apples were grown. In the fall, mills converted the fruit of the orchard into drink just as the grist mill converted the grain into flour.

Although cider was produced on individual farms for private use, the centrally located mill became popular for farmers who would sell surplus apples to the mill and bring back the juice to ferment into hard cider. In 1881 Benjamin Clyde began pressing his apples at local mills and soon rented his own press. In 1897 he purchased the mill and installed the screw press (No. 2) from Boomer & Boschert of Syracuse. Boomer and Boschert also supplied the apple grater, apple elevator, and cider pump, as well as the plans for the building.

Although cider making has changed little over the centuries, this mill featured a sophisticated method of grinding and a press capable of applying pressure at three speeds. Using all steel construction, it was considered the finest screw cider press ever made. The cider mill at B.F. Clyde’s also represents one of the final screw presses. In the 20th century, the hydraulic press came into widespread use.

The mill has stayed in the family and is currently owned and operated (seasonally) by Benjamin’s grandson, John K. Bucklyn. 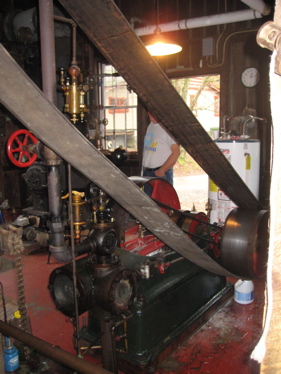 This is great. Each ASME Landmark has a companion pdf document detailing every aspect of the landmark. I don’t know why, but I’ve become captivated by these eight things around the state. I highly encourage you to at least skim the pdf. Check it out. 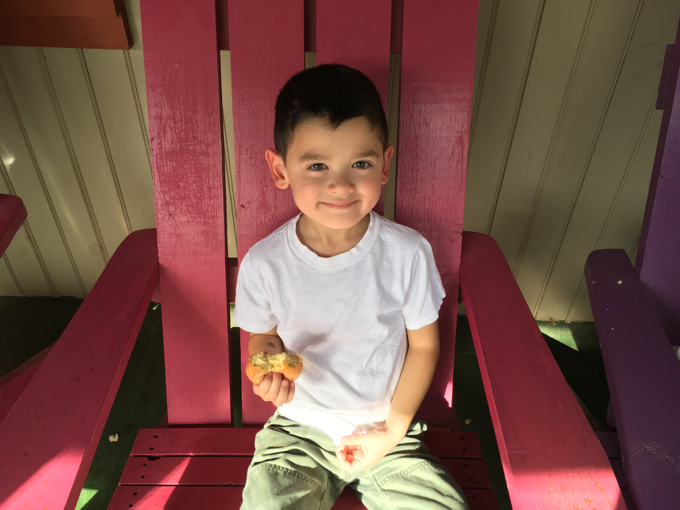 We’ve visited many times over the years. Calvin rather likes their cider donuts.