This museum will remain RIP for the foreseeable future. In the world of historical museums, progress can be quite slow. Glacial even. (Although, with global climate change, the term “glacial” doesn’t quite mean what it used to mean.)

To wit, this one room schoolhouse was built in 1823. It was used until 1949. It was almost razed in 1981, but was saved as part of the Avon Historical Society cadre of museums. Then it closed in 2018. 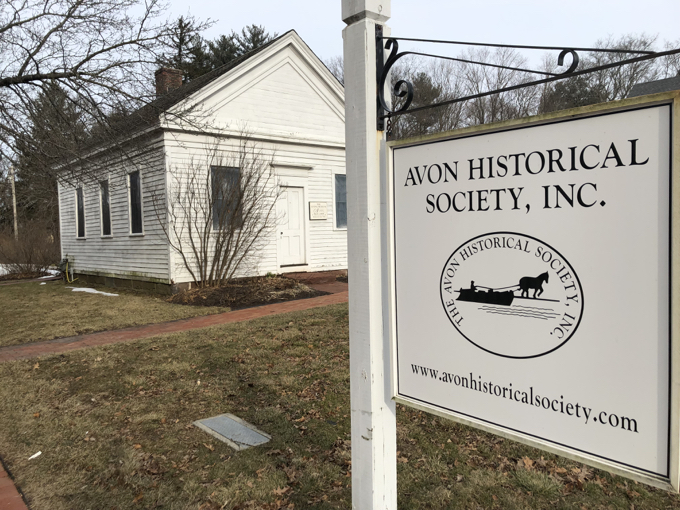 And if you ARE living in 2026, the rest of this page will be changed (or won’t make much sense.) Back in the day, before everyone had self-driving cars and smart phones implanted in our brains, back when winter still existed as a definitive season in Connecticut, this little school house just sat quietly along route 44.

I passed it a billion times, so once I made the effort to take a few pictures for this page. Here’s what the AHS has to say about it in 2019:

Built in 1823, this one room schoolhouse was originally located in West Avon and used until 1949. When it was threatened with demolition in 1981 to make room for the new town library, the Society and others funded its dismantling, relocation, and restoration to its current location, the site of the former town hall. This building is currently closed to the public pending the next phase of its restoration. We are actively liaising with the Town of Avon and other potential benefactors to undertake major building works in 2018-19 including the replacement of windows, repairs to address wood rot and to paint it in anticipation of a re-opening in 2023 for its 200th birthday.

Oh snap, so there’s a good chance this won’t be reopened as a museum until we’re all dead. Oh well. What do they plan to do with it?

At that time we plan to display Native American artifacts, textiles, signs, farm implements and many more items from the early days of Avon’s agrarian settlement. The site also houses drawings from the 1840’s showing the architectural renderings of the Farmington Canal as well as a topographical diorama of the canal through Avon showing the exact specifications of how it was built in town. The Farmington Canal operated from 1835-1847 and crossed the Albany Turnpike at this very site. In 2012 two plaques showing the crossing location are next to the schoolhouse and across E. Main Street (Route 44) at the entrance of the current daCapo’s restaurant. 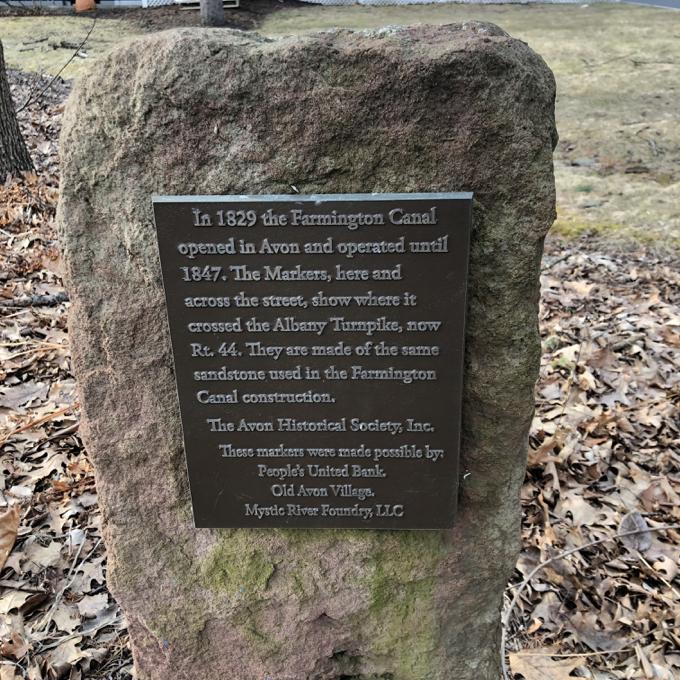 Cool. I took pictures of one of those markers as well. That’s all I’ve got until our country is fully integrated into the second iteration of the USSR.