I think we’d all agree that this nearly empty little one-room schoolhouse doesn’t deserve its own page here on CTMQ. After all, it’s smack dab in the middle of the East Windsor Historical Society array of historical museums and coulda shoulda been grouped with one or two of the others – like the Broad Brook Barber Shop Museum and/or the Probate Court Museum. 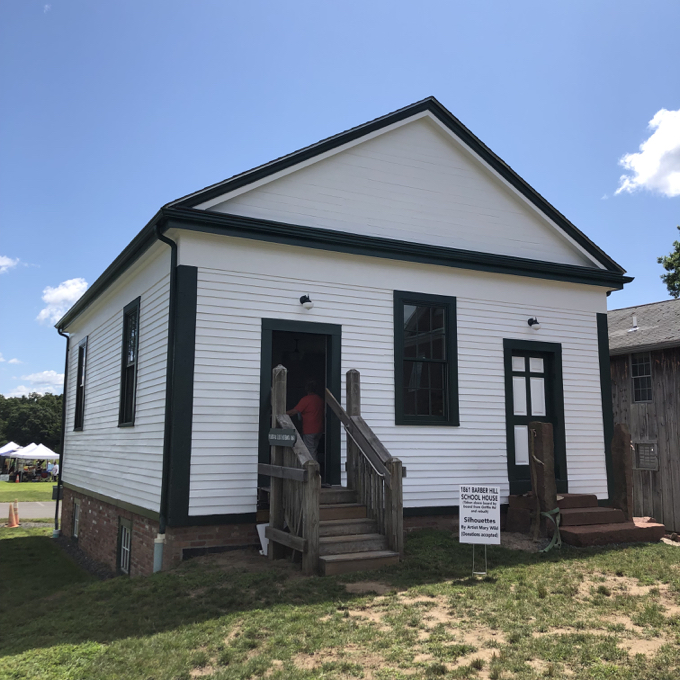 Alas, it stands alone on CTMQ just as it stood alone on Barber Hill for many years. (Actually, that’s merely an assumption on my part as I really have no idea.) The question is… why?

The answer lies in everything that’s wrong with me.

You see, I do this this thing where I “complete” towns. Surely you’re familiar by now. Every trail, every site I deem worthy, and every museum. I’d visited a few of the EWHS’s museums 2014. Then they opened another one so I revisited in 2017. Shortly thereafter, they acquired this little schoolhouse and moved it to their site.

They rebuilt it, refurbished it, and opened it during their August 2019 ice cream social town celebration thing. I had to go as it was my final piece of East Windsor to be able to call the town “complete.” A one hour round trip just for this place. 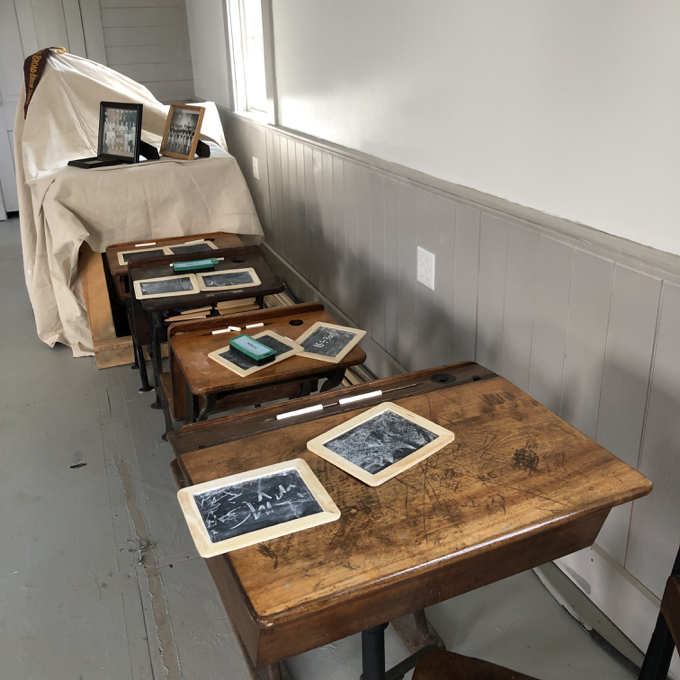 So yes, something is definitely wrong with me. The EWHA says,

The Barber Hill School house has come a long way from being a pile of boards to an actual building. Great progress was made over the summer, with the installation of windows, doors, roof and steps. The chimney is in and will allow a wood stove to heat the basement workshop. Watch the progress as you drive by.

Well that was no help. That blurb has been on their website for two years.

I drove up and parked with (seriously) a hundred other cars. I crossed the street and went straight for the school house. The crowds milled about the grounds, happily participating in all the fun activities and checking out the other museums. Good for them. Been there, done that. 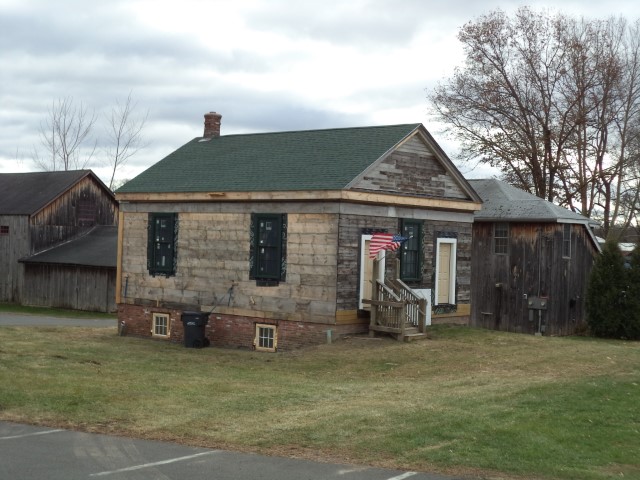 Straight into the handsome little building, camera ready to go, and… it’s pretty much empty.

No matter, there were a few desks and some pictures. Good enough for me… The Journal Inquirer has a bit more background for us:

… Built in 1861, the historic schoolhouse was originally located on Griffin Road near Rockville Road. It was moved to the Historical Society’s Scantic Road property [in 2017] when the ongoing restoration effort began.

Dan Burnham, who has been working on the building, said he’s making an effort to preserve its original character.

“We’re trying to reuse as much as we can,” he said, adding that the new chimney contains bricks from the original building, copper flashing from the original roof is being reused, and various posts, beams, and pegs from the old schoolhouse are being incorporated into the renovated structure.

Over half of the building’s framing has been preserved, Burnham said, but the floor, windows, and doors all required replacements.

Burnham and Masters said the current project began after several efforts to save the building fell short.

The building’s original location became part of an open-space subdivision and was given to the town by the previous owner, Burnham said. But a lack of funding caused the property to “fall by the wayside,” he said.

“Everyone made a run at trying to save it,” he said. “The Boy Scouts tried. The local neighbors tried.” 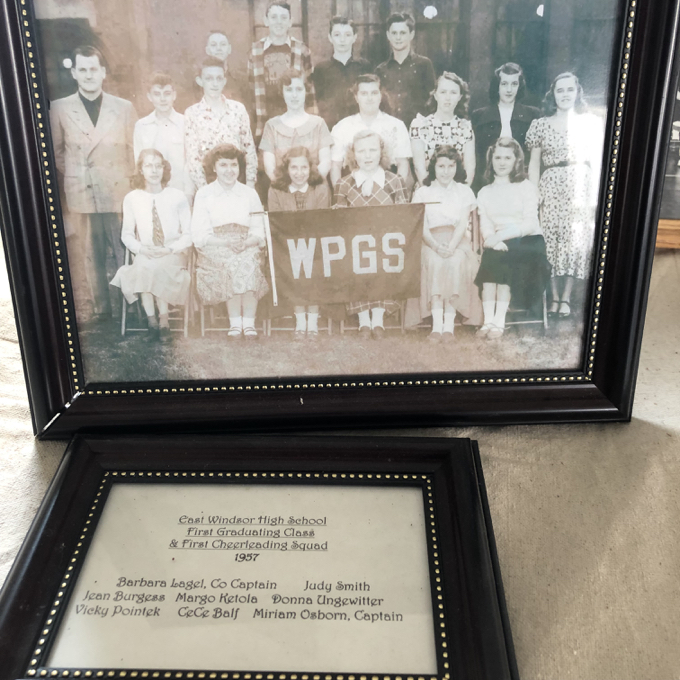 A few things; it doesn’t sound like it was on a place called Barber Hill. And it’s had quite a life, eh? Shout out to the Herculean efforts made to save this school. Let’s see if the vision for this place came to fruition:

“We have a great collection of old school desks. My vision is those school desks lined up on one side,” with the other side being kept open as meeting space. “We could bring in a group of children or Scouts.”

Masters said she wants to put up blackboards and place other historical items, such as old school bells, in the building.

“We have a lot of memorabilia waiting to move in here,” she said.

Wow, that’s exactly how it was when I visited. A row of a few desks shoved to one side with meeting space. I’m sure they’ll fill it out with “stuff” over the next year or two, just as they did with their Osborn House Museum. But really, it’ll be same as all of the other little one-room school house museums that dot the state – so I’m good. 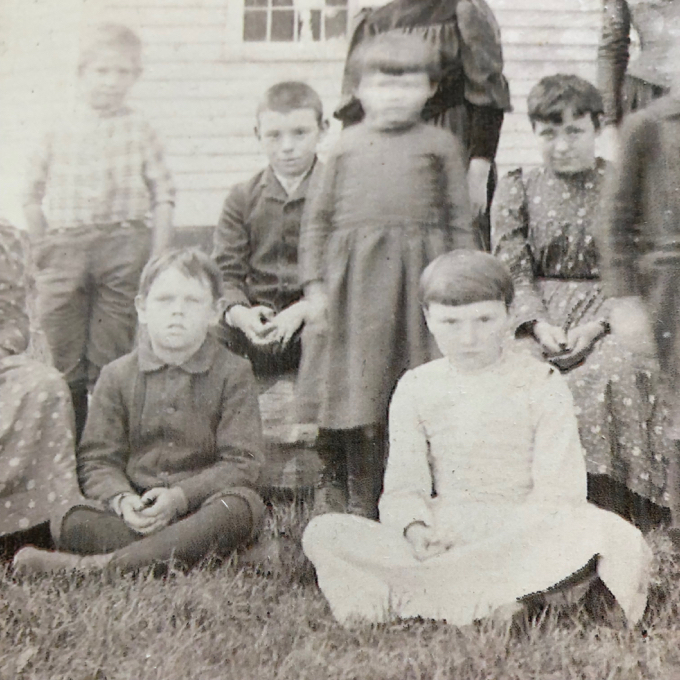 That kid lower left sure is sore about something.

Five minutes later, I returned to my car, passing the same traffic control guys. Realizing they realized how odd it was that I spent almost no time at their big annual event, I lied and said, “I just had to drop something off for someone.”

Got into my car, made the trek home, and high-fived myself for having completed* the town of East Windsor!

*Until the EWHS acquired another building and moves it to the site. 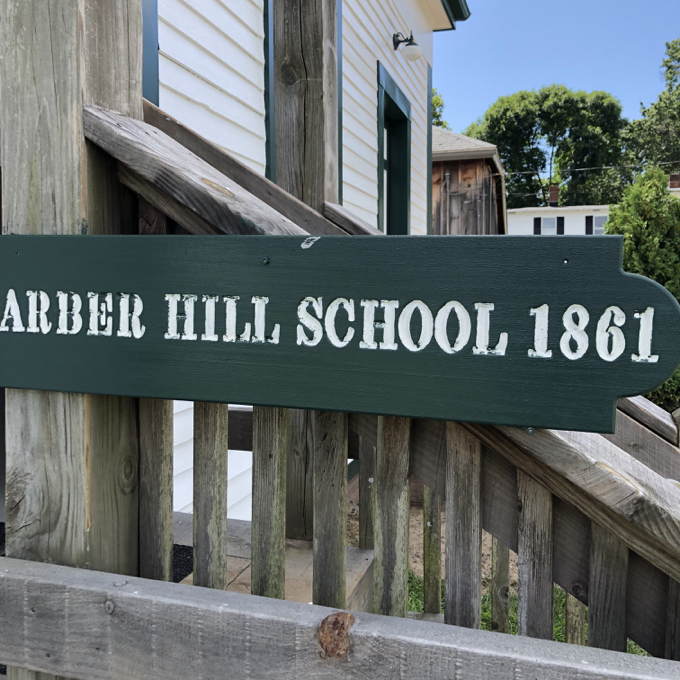