No use beating around the bush here. I don’t have much information for you about the Osborn House Museum of East Windsor Connecticut. Oh, sure, I have a bunch of pictures. And I can make a bunch of stuff up.

It wouldn’t be the first time… and it won’t be the last. It’s a handsome house: 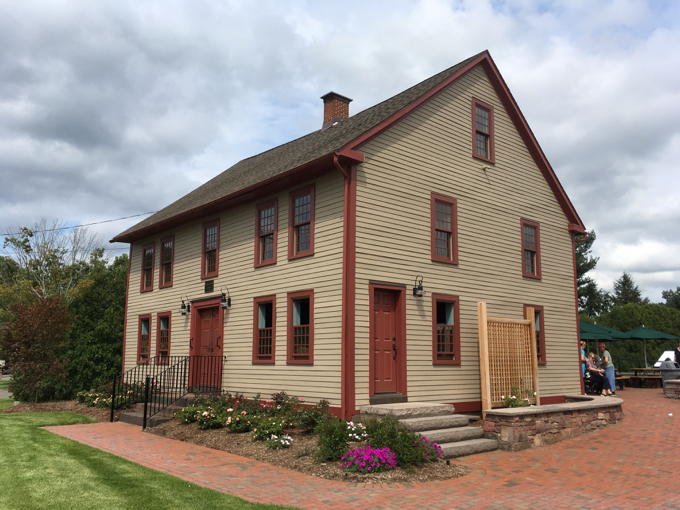 This is all I’ve got:

This house was originally built by Samuel Osborn in 1785.

Please know that the lack of interpretive signage was (probably) due to the fact that I visited the historic house museum on its opening day in 2017. There is a strong likelihood that there is much more to read there if you were to visit now. Especially considering how thorough the East Windsor Historical Society is with their signage and explanations at their five other museums at the same site. 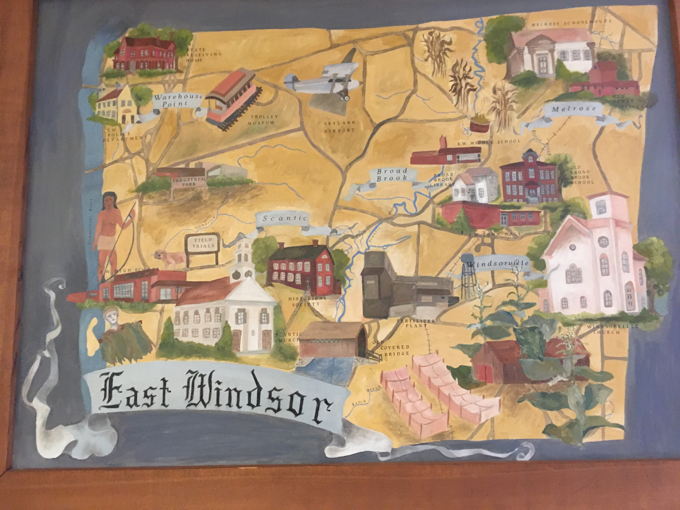 The East Windsor Academy Museum, the Farm Tools Museum, the Broad Brook Barber Shop Museum, the Probate Court Museum, and the Barber Hill Schoolhouse Museum are all here as well. It’s really an impressive collection for the fairly rural town. The local historical society is an active one; busying themselves restoring these old buildings after protecting them, breaking them down, moving them to the centralized site, rebuilding them, and opening them up for visitors.

As I said, I visited the Osborn House on its opening day. This coincided with the East Windsor Academy’s 200th birthday! I’m sure you remember the occasion fondly. (I do, if only because I got a Tulmeadow Farm ice cream treat! 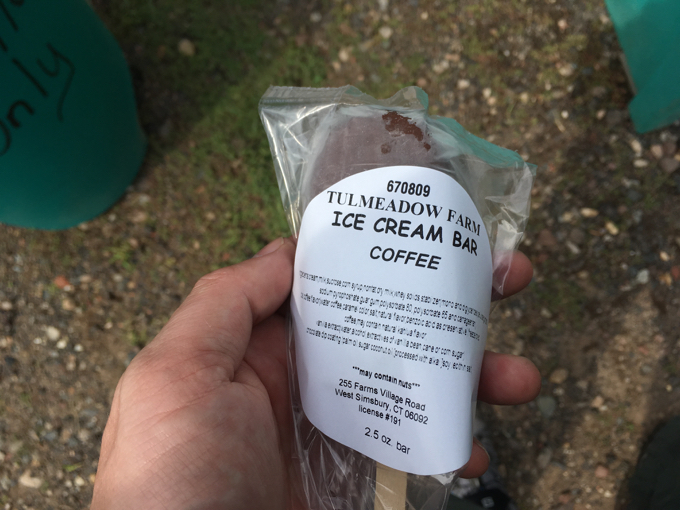 I also remember the day for providing me years’ worth of nightmares. But we’ll get to that in a minute. First, let’s check this place out. On its surface, the Osborn House is not unlike 100 other town historical society house museums. There are bedrooms: 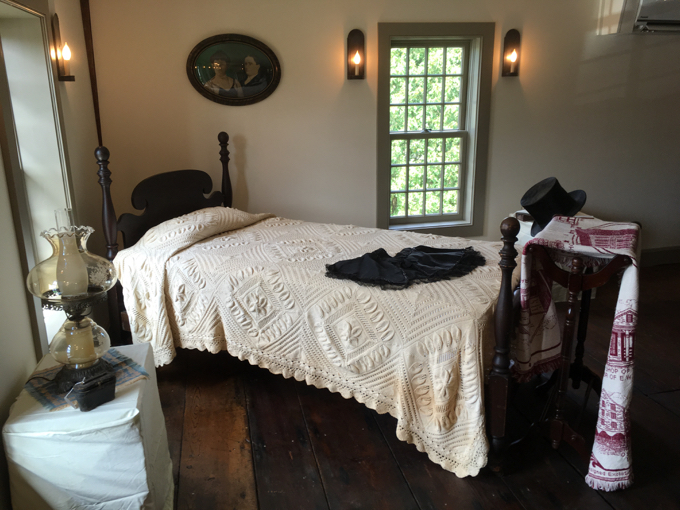 And there those cool new air conditioning units too – which I have no issue with. There are some historic house museum purists out there who really have a problem with anachronistic additions like this. Bah. I want more visitors to visit these places and keeping them comfortable is part of the deal. In my opinion. 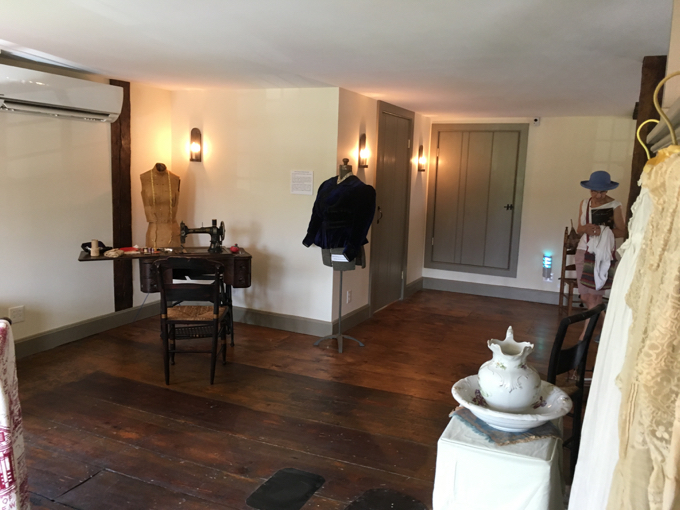 There was a random collection of… let’s call them… implements on an old set of stairs: 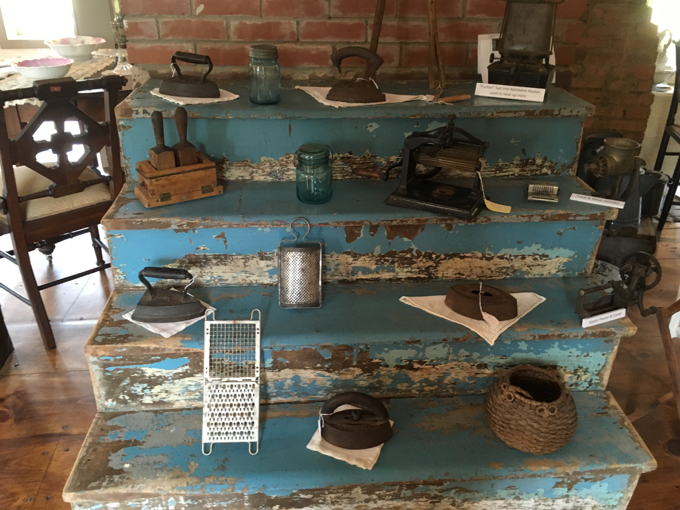 And the stereopticon. I’m trying to remember the last historic house museum I’ve been to that didn’t have a stereopticon… not that they aren’t cool or relevant! They are both: 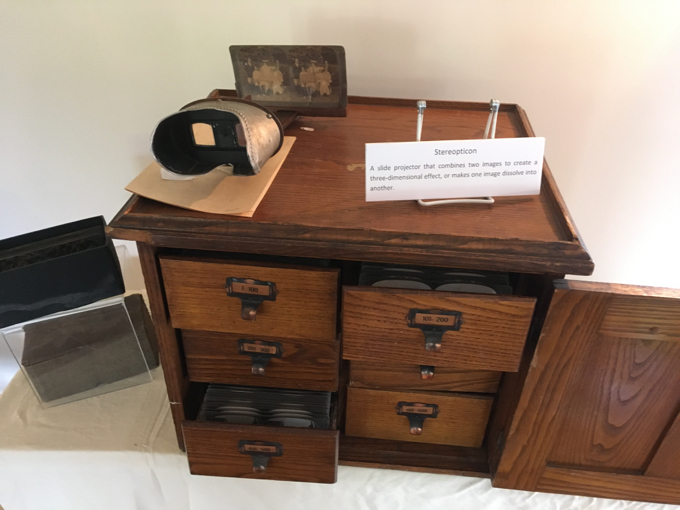 And of course a blanket commemorating the town: 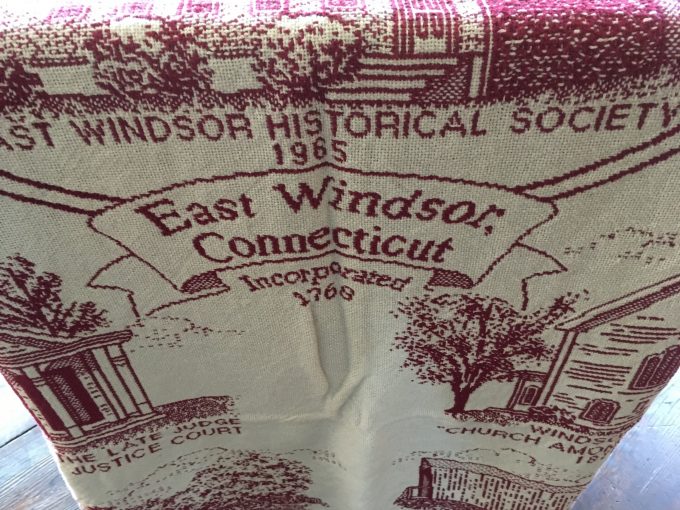 Hm. Gimme a sec… Joking aside, the most impressive thing here is the fact that (I think) they broke this place down and transported it over to the site upon which it now stands. The EWHS is good at this, as they did the same thing with all the other museums here other than the East Windsor Academy.

As one who would be fairly useless in such an endeavor, I’m left most impressed. And as you can see from the outside pictures, this is a handsome house. And since it was a party, the joint was bumpin’: 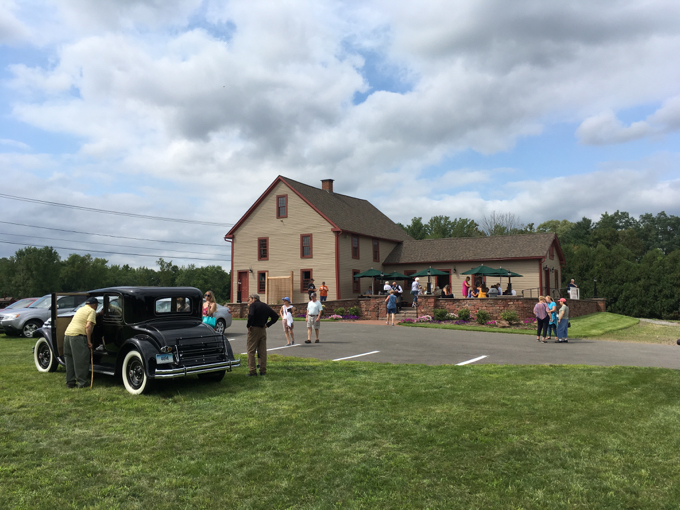 I walked around and it’s my fault that I didn’t really stop to chat it up with interpreters. That’s on me, as there were plenty. After all, this was East Windsor’s big day. I can be pretty lame sometimes.

Especially since it was clear to me that the fine folks hosting the event were expecting me. How else can you explain the following?

Eagle-eyed readers surely remember my encounter with the creepy dolls across the green at the East Windsor Academy Museum three years prior. There were two dolls there that were particularly disturbing.

Flash-forward to 2017 and a doofy me wandering around the Osborn House. So innocent, so curious. Turning a corner and entering another room. A child’s room. A demon child’s room. There’s the bed with the ropes on it of course, and the little chair with the hole in it. The old dresser. And… 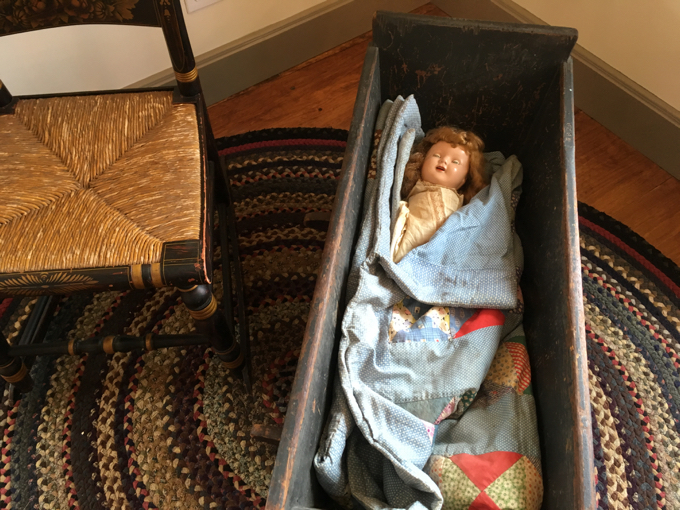 Ok, phew. No big deal. Not too bad. Let’s see what’s over there by the window… 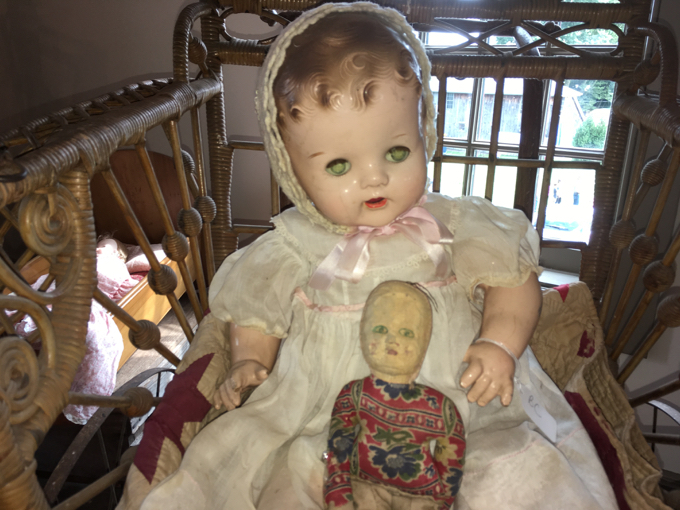 Gah! I’ve met this green-eyed monster before! They moved her over to the Osborn House. Still, I wasn’t too shaken. I’m a historic house veteran, and I’ve seen plenty of creepy dolls in my day. I steeled myself and moved on to see what lurked in the darkened far corner. Surely it was nothing more than the typical collection of baptismal dresses from the 18th century, right? 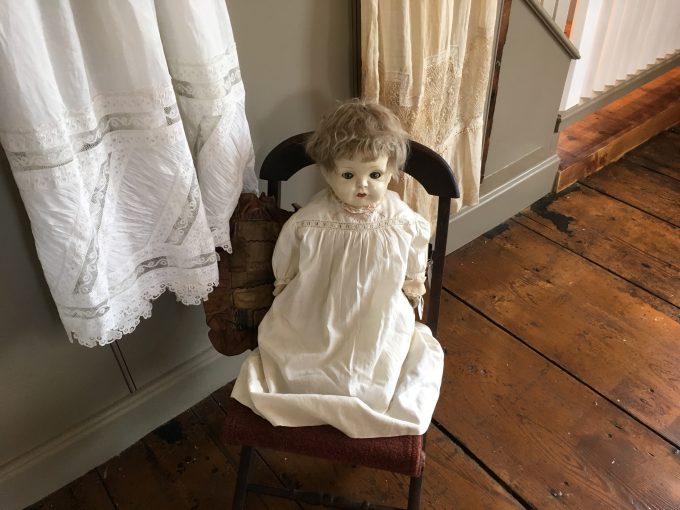 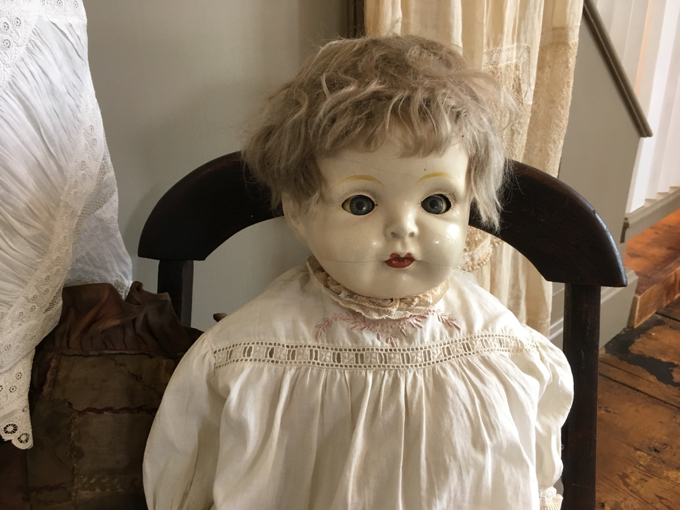 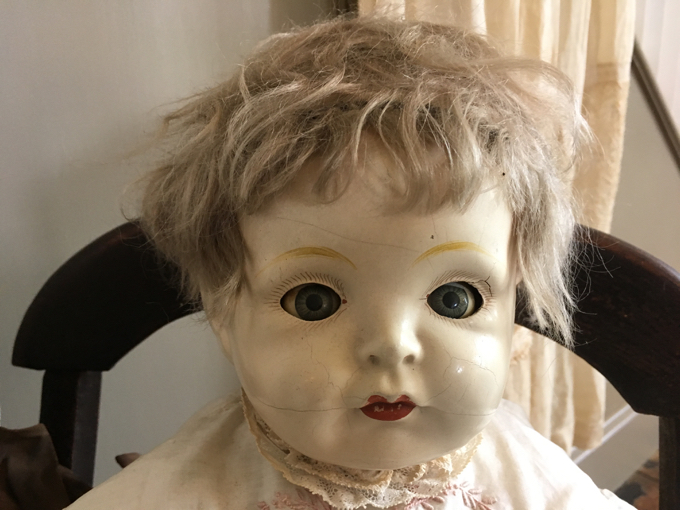 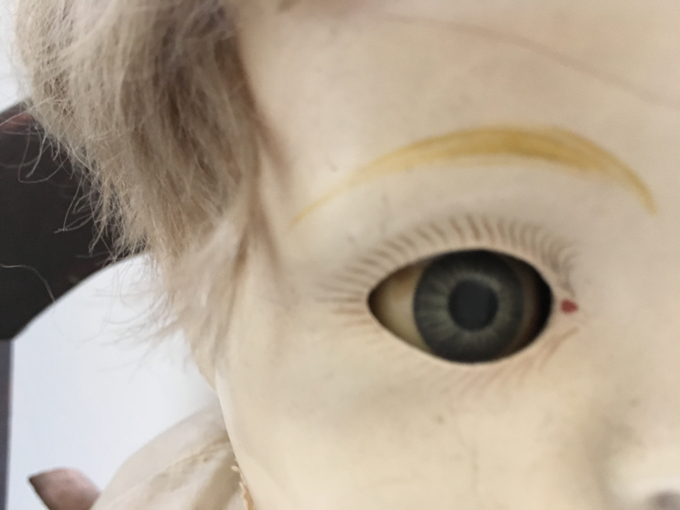 SHE WAS HERE AS WELL! From the bowels of hell, the EWHS moved this creature of the night to the Osborn House too! They knew I was coming, and they knew the new face crack on this she-menace would get me. Get me good.

And it did. I ran out of the house into the mottled sunlight to collect myself.

Perhaps I’ll revisit the house museum someday down the road, to see if I can learn anything more about this Samuel Osborn chap. His house was quite lovely for 1785. Surely he was wealthy for the time and was probably engaged in some sort of trade. Too early for tobacco I think. The Connecticut River courses by East Windsor, so he had that at his disposal. I’m sure he was a good guy, who unfortunately hated children so much that he bought them terrifying dolls. 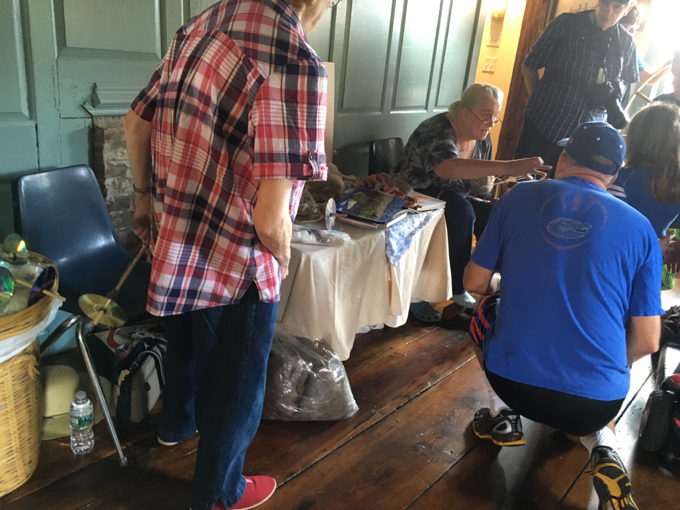