[I must note that one cannot read enough online about Pale Fire – before AND after reading it. Knowing all about it before setting out with it does not diminish it in the least. And as you’ll read here, no one really “knows” all about it anyway. Which is awesome. Seriously.] 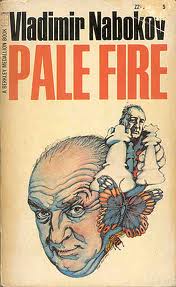 There are certain things in this world that I love. I love brilliant geniuses messing with my head in creative and intelligent ways that stick with me for years. See: David Lynch. I love brilliant comedy that makes the already absurd even more absurd (but not too much) through hilarious subtlety and attention to detail. See: Dave Chappelle’s send up of P. Diddy’s “Making the Band.”

In it, he mocks horrible reggaeton rapper Dylan (pronounced “die-lon”) through his own absurd words. It still cracks me up so many years later and Hoang and I still reference it from time to time around the house. “I spit hot fire.”

So why am I bringing that up in my review of a fifty-year-old book written by a Russian émigré famous for his book about an underage adultress? Because Pale Fire is CRAZY – and it spits hot fire. I know there are many books on this Top 100 list that are here solely because they broke new ground or defined a new genre (noir, stream of consciousness, untrustworthy narrator) and there are some that are on the list because they simply do a good job of messing with the reader’s head.

I don’t know how to categorize Pale Fire, other than to say it’s crazy and brilliant and probably too brilliant for normal people like me to try to critique it. Put it this way: The top Nabokov/Pale Fire scholar changed his mind on the whole book after 30 years of arguing his original stance. Like I said – crazy.

On the face of it, this book contains a long poem written by a poet named John Shade, who happens to be dead at the time the book is written. There is a Foreward to Pale Fire too, that explains the genesis of the poem and how the book came to be. After the poem, a friend of Shade named Charles Kinbote offers his scholarly and rather over-the-top critique of the poem while weaving in a story “he had heard” about a mysterious European land (Zembla) and its ousted King’s heroic escape. Kinbote somehow relates this tale to Shade’s poem.

But here the thing: Kinbote, Shade, the preface and the poem are all artifices of Nabokov. Further, Zembla, the Zemblan language, the town and university Shade and Kinbote live and teach, the King’s epic tale, and the killer that tracks him around the world are all also all Nabokov fictions. Fine, no one will disagree with that. 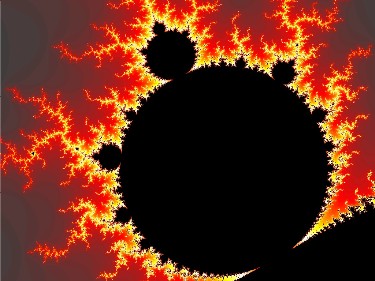 is the deposed King-in-hiding and that Gradus the mercenary really has set around the world to kill him and that hidden jewels remain somewhere secret in Europe? (Hmm, I’m not buy this stuff –but people do.)

The story is amazing. Sure, there are pages that you’ll gloss over and made up words (that sound like very difficult real words, just to screw with your mind more) and all sorts of Ivory Tower mish-mash. Nabokov has so much going on here, it’s a wonder how his own head didn’t explode.

Okay, so he wrote a rather excellent poem. And he invented the guy who wrote the book to critique the poem. I happen to think Kinbote is insane and obsessed with Shade. And that he himself killed Shade and reworked some of the poem to suit his Zemblan fantasies. And (in his fevered brain) was mad that Shade didn’t work in more of his craziness, so many parts of the book show that anger.

There are also gay issues (Kinbote is gay which makes all his relationships with strong female characters suspect as well and his fantasy escape from Zembla all the more interesting with the various “farmer’s daughters” along the way) and a lot of humor as well. Even self-referential humor; “Lolita” is mentioned as a hurricane’s moniker and dismissed as a silly “parrot’s name” and not worthy of hurricane status. Gee, think that ruffled some feathers? I love this stuff.

I could go on and on and round and round in circles. Nabokov, quite simply, blew my mind here. I’m fairly confident in my take on the book (which the author never gave his account of), but really, someone smarter than I could sway me to another opinion. My high rating is due to the fact that I’m still thinking about the book a week after finishing it… which is the highest praise I can think of actually. Well, except for the existence of THIS.

Artwork: Just some random Mandlebrot set fractal with fiery phalanges that, if you think about it, makes perfect sense