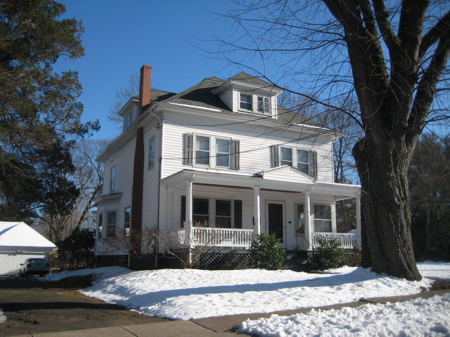 Typical house near West Hartford Center. NHL plaque to the right of the door.

This was the home of the scientist Edward W. Morley from 1906 to 1923. Morley is famous for his collaboration with Albert A. Michelson on the Michelson-Morley experiment and for his work on the atomic weights of hydrogen and oxygen.

The Michelson–Morley experiment was performed in 1887 at what is now Case Western Reserve University. Its results are generally considered to be the first strong evidence against the theory of a luminiferous aether. The experiment has also been referred to as “the kicking-off point for the theoretical aspects of the Second Scientific Revolution”.

Wow. Who knew? To learn the full stories, check out the links below. Pretty cool stuff.