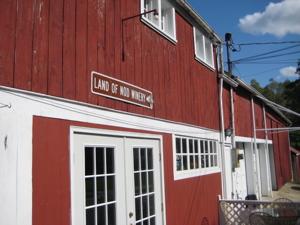 Of course, we weren’t actually saying yes, but rather simply nodding. We couldn’t help ourselves; we were in the Land of Nod. Nice gig they’ve got going out there… No one can say no.

With my parents visiting for the weekend, Hoang and I had some time to wander about. With it being crunch time in our goal to hit 14 Connecticut wineries before November 7th – in order to be eligible win our rightful trip to Spain – we decided to drive out to one of the more far-flung wineries – The Land of Nod Winery and Vineyard way out in East Canaan… which is actually in North Canaan. 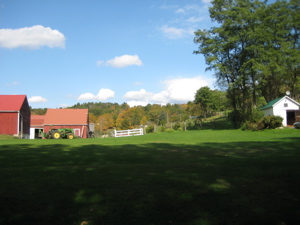 If the names sound biblical, that’s because they are: The Land of Nod (Hebrew: “eretz-Nod”) is a place in the Book of Genesis of the Hebrew Bible, located “to the east of Eden”, to which Cain chose to flee to after murdering his brother Abel.

“Nod” is the Hebrew root of the verb “to wander” and is possibly an etymological etiology intended to explain the peripatetic lifestyle of Cain and his descendants, the Cainites. (Which begat “Canaan.”)

You know whoever wrote the above sentence on Wikipedia wears an ascot.

We’d have been satisfied with the “wandering” drive itself; about a week or so before peak fall foliage, Route 44 west of Canton is simply beautiful. West of Winsted/Winchester, it’s picture perfect. The towns of Colebrook and Norfolk whizzed by in a blur of oranges, yellows, and reds. The foothills of the Berkshires begin here, and I can’t get enough of that type of scenery. 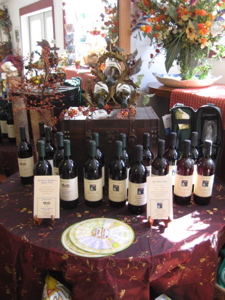 Once in North Canaan, we passed Freund’s Farm Market which was featured on Discovery Channel’s “Dirty Jobs” in episode 47 (“Poo Pot Maker”). We stopped in to buy a Cow Pot (flower pots made from cow manure and nothing else), but didn’t see any poking around the market. Nor did we ask, as our time was somewhat fleeting. Regardless, it was pretty neat to visit a “famous” place like that, which I realize isn’t all that famous.

But I do recall Mike Rowe, the show’s host, talking about how pretty the area was – and he was right. We found Lower Road and our way to the vineyard and winery. (Passing Beckley Furnace along the way – yes, THE Beckley Furnace: Connecticut’s only Industrial Monument! CTMQ Visit here.) Land of Nod is a small vineyard with limited a limited variety of wine. 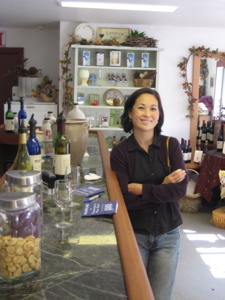 But the tastings (of 4 wines) were FREE! The guy pouring didn’t really care too much to describe the wines, but that may be because he could tell we didn’t care too much to learn about them. Unfortunately, they have the sparsest website of all the wineries and the brochure is lacking as well. I can report that they are mostly sweeter wines – a Bianca that is similar to Reisling, a raspberry wine, and a blueberry-raspberry wine as well. That last one tasted like breakfast juice, but had a 12% alcohol volume.

2018 Update: Tastings are now $5, there are several more wines available, and the website is still sparse.

The tasting room had some Saltines and homemade jams available for tasting and purchasing. I tried the cantaloupe jam just because I’d never heard of such nonsense. It was alright. They also sell locally made yarn and some other random things. Speaking of random, there is an old Victrola record player that I’m positive works in one corner. 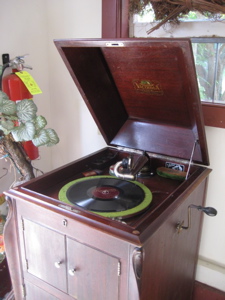 There were some other oddities about li’l ol’ Land of Nod; some nice pumpkins for sale (cheap) outside were apparently “sold” according to the guy. Really? And the buyer simply couldn’t just take them? Also, the outdoor seating area was a tiny little plastic table under a tiny little tarp – but that’s all you need out there I guess. It’s just so dern purdy.

For some reason we bought a bottle of Pinot Noir which wasn’t even all that great (it must have been the nodding), said thanks, and made our way back east out of the northwest hills to another winery on the trail.