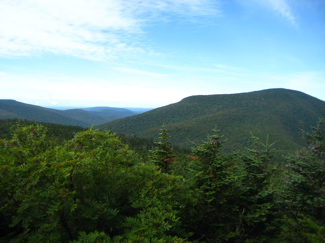 I realize it is kind of silly to do 39 separate blog entries for the Catskill 3500 Club (since these peaks will be bagged on far less than 39 separate hikes), but that’s how I’m choosing to do it.

I hiked the triumverate from west to east, but that hardly matters regarding Cornell, since I hiked it both ways. Coming down off of Slide, I was a bit surprised at the steepness of the trail and also the stretches of relatively poor trail marking. 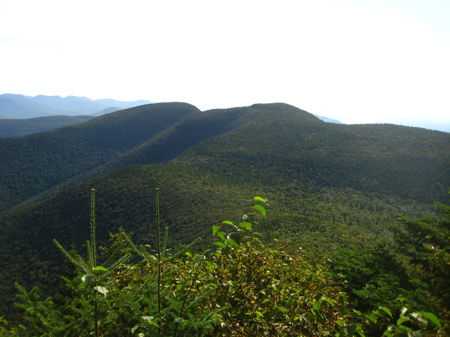 Cornell in the foreground, as viewed from the descent off Slide Mountain

I never lost the trail, mind you, but I’m used to seeing a painted blaze pretty much as I pass one. Here, the blazes aren’t blazes at all but rather small metal discs nailed into trees. And they aren’t as prolific as the painted blazes in Connecticut.

Once down the difficult part of Slide’s eastern side, which includes a section of near-vertical wooden ladders and several more cliffs that require some tricky scrambles with hands, the trail levels out for a short respite before climbing Cornell. 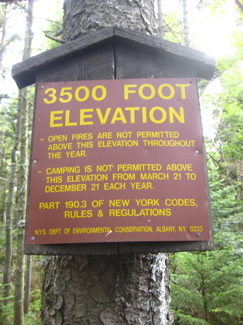 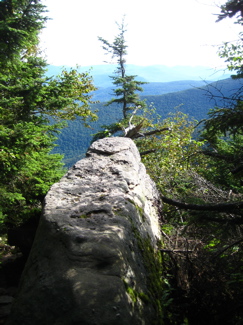 The climb isn’t too bad at all; no scrambles that I remember and is really quite pleasant through fir and a large stand of virgin red spruce near the summit.

Halfway up I passed the first hiker of the day and also my first “3500 Foot Elevation” sign. I guess these things are posted on most trails – in fact, I had passed one coming down Slide Mountain, but didn’t see it until heading back later in the day.

Nearing the summit, the trail takes in some incredible views to the west and north. Slide Mountain dominates the viewshed – and thoughts of, “Ugh, I have to go back up what I just came down!” dominates the mind – but several other of the 3500 peaks can be seen: Peekamoose, Fir, Table, Giant Ledge and Panther.

I felt pretty good knowing I was nearing the summit of my second peak of the day; Cornell Mountain. Once the trail levels across the summit, I took the short yellow-blazed side trail over to the true summit – and the only view from the top. 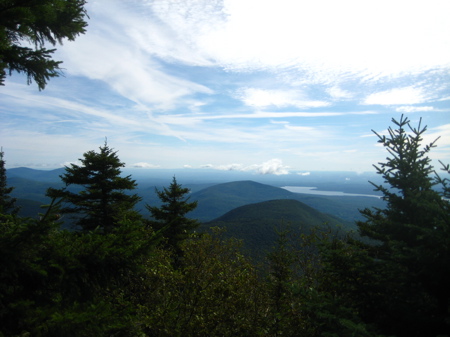 View from the summit

The view area is called “Cloud Cliff” and takes in the next destination: Wittenberg Mountain. I rested here for a short while and tried to send Hoang a text message regarding my progress. Unbeknownst to me, the message never got through by my phone kept trying for the next few hours, totally killing the battery. Oh well, she knows not to worry until it gets very late anyway.

Cornell is sort of the forgotten mountain of the Burroughs Range. Wittenberg has the best views and Slide is the highest peak in all of the Catskills. But I liked it. It’s just so unassuming and quiet, if that makes any sense. 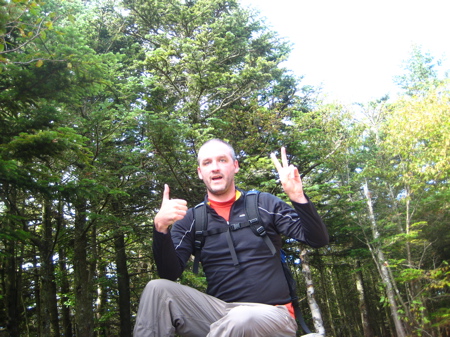