Alright, look. Some trails are not great. That’s just the way it is. There’s no use beating around the bush here… the Oakes Preserve in Avon is – hey, there is use in beating around bushes here. It’s the only way to hike this place. 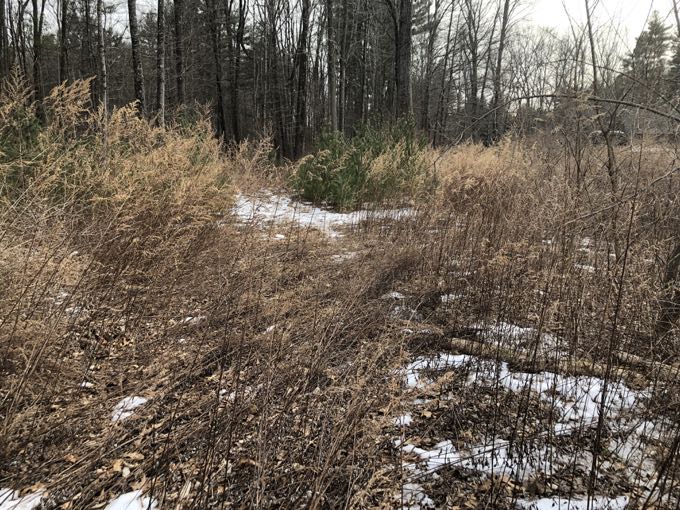 “Bushes” to beat around

Anyway, as I was saying, the Oakes Preserve in Avon is not great. Perhaps it was at one time, and/or perhaps it will be in the future. I’m not holding out hope though. If you find yourself on route 10 in Avon looking for a hike, there are literally a dozen other places within 10 minutes that are pretty great. 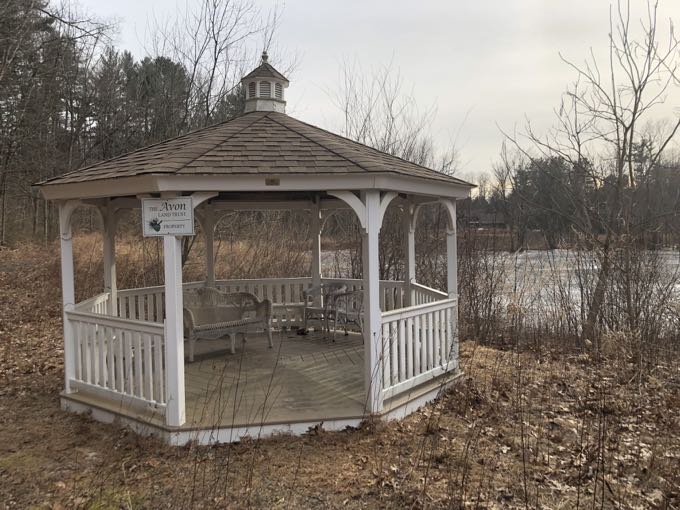 But, here we are. At Oakes Preserve. I’d actually come here a few times over the years in attempts to hike this place. The trails were always overtaken by tall grass and whatnot and I was never prepared for the ticks and junk I’d have to deal with (or I had a child with me or something and that wouldn’t have been fun). Even though it’s only 12 minutes from my house, it remained unexplored. 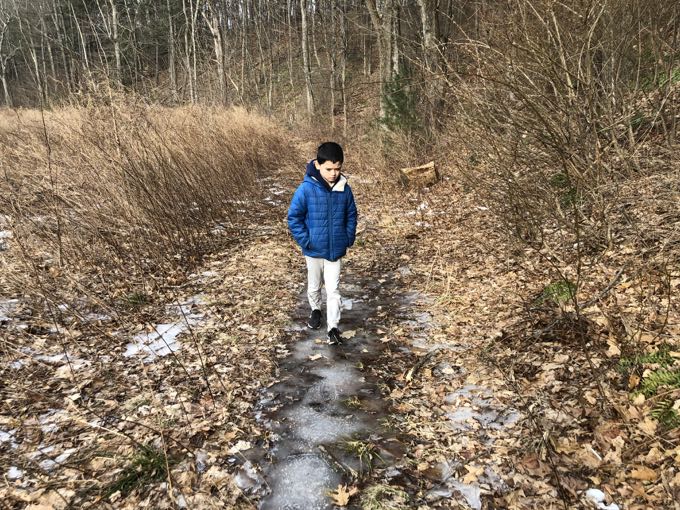 But in the dead of winter, I figured we’d muddle through the place. And we did! There is a lovely gazebo at the trailhead that seems to promise a lovely walk around… checks map… Lake Erie. Seriously. 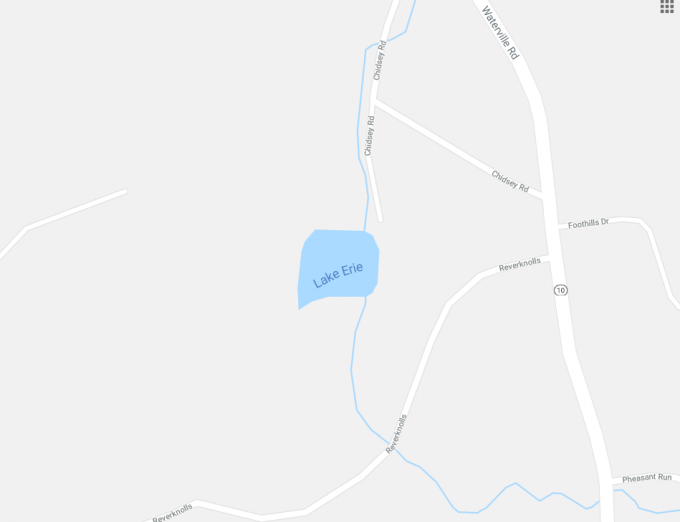 This Lake Erie is the opposite of a Great Lake. It’s a fetid pond. But I love this sort of thing… there is a Lake Erie in Avon that probably no one in the world calls “Lake Erie.” There is (was?) supposedly a trail around the so-called Lake Erie, but even without summer growth, it was not to be found by me or Calvin. The houses in the area appear to be new, so maybe the trails have suffered as a result. 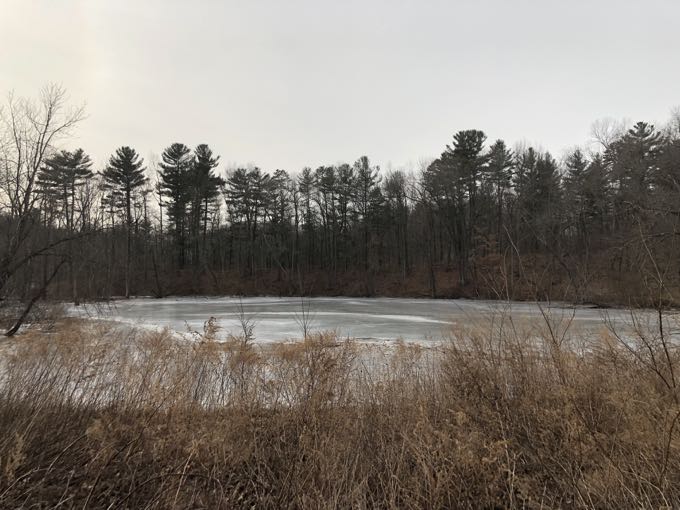 As it is, there’s a trail that starts at the gazebo and it simply goes straight towards some houses near a creek and… that’s it. There was nothing interesting to see and the only way to engage Calvin was to challenge him to balance-walk across a fallen tree across a frozen stream. 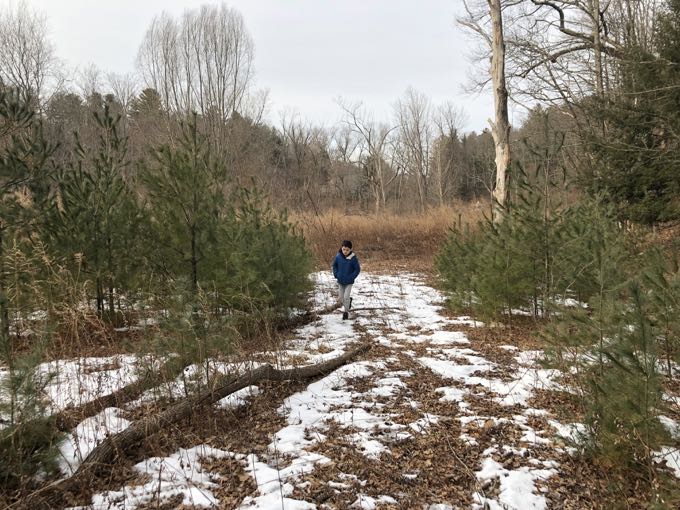 The penalty for falling would be a broken ankle and hypothermia. Let’s see how he did: 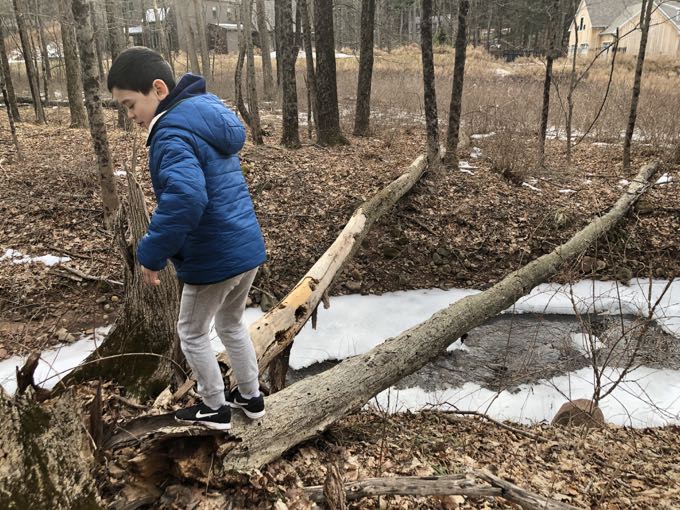 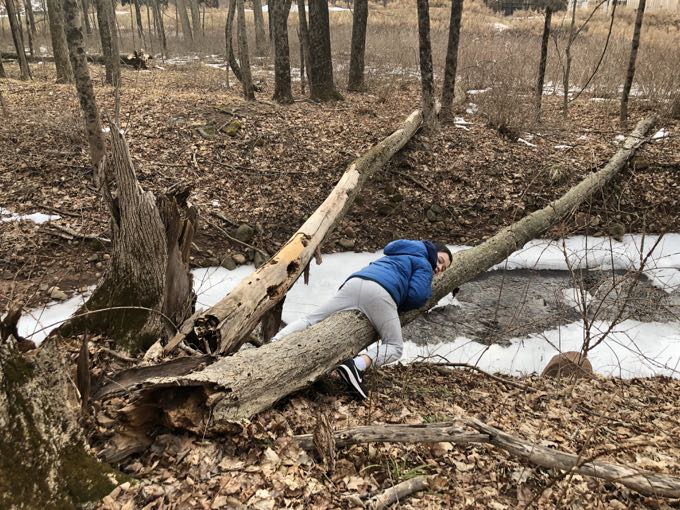 C’mon now, did you really think I’d allow him to take that risk?

We spent some time breaking ice with sticks and rocks and then went back to the car. And that, my friends, is Oakes Preserve in Avon. 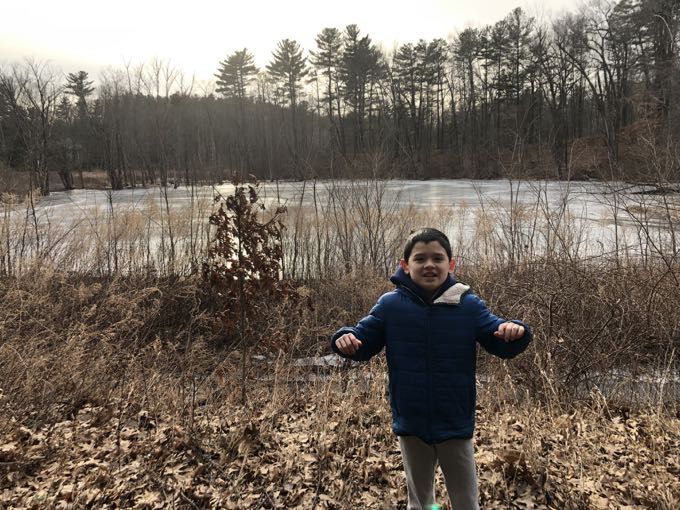