This Place Will Work Out
Athletic Brewing Company, Stratford
June 2019

With the incredible rise of the craft brewing industry over the 20-teens, many have been bought/taken over by the massive international companies that provide the world its Budweisers, Coronas and Heinekens. There are bars now that have their various Bud beers on tap next to their “craft” selections which… are all now owned by the same company, AB-Inbev. It’s a neat corporate trick. 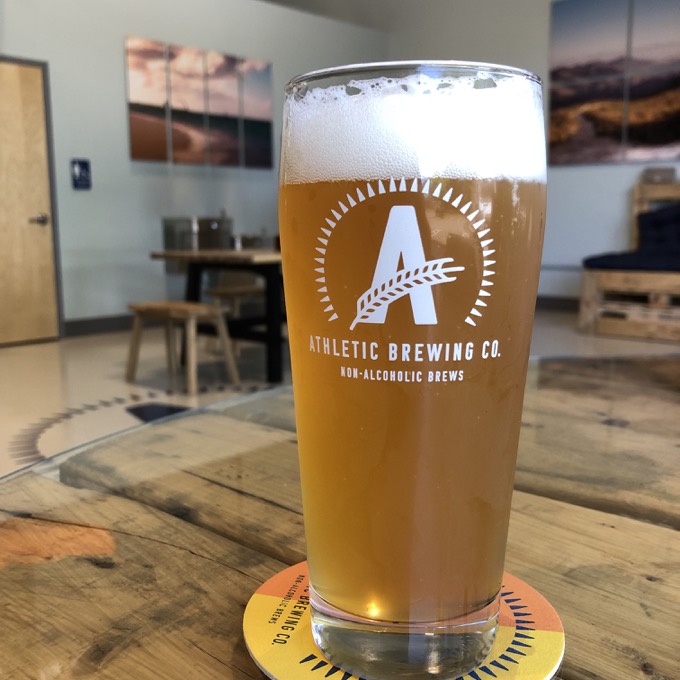 With that in mind, the question often comes up: Which Connecticut brewery is most likely to be bought someday? The answer I hear most is that it would be Two Roads, by far the largest brewery in the state. (I just read that it is the 21st largest craft brewery in the country.) My answer, however, is another Stratford brewery: Athletic Brewing Company.

And I’m pretty adamant on that point. In fact, I wouldn’t be surprised if it’s part of the multi-year business plan.

Note, I have no inside info and have not heard a peep about such a move and I have no clue what Athletic would say about my thoughts, but I’m sticking to them. And please, this is not meant as an indictment of Athletic at all. In fact, quite the opposite. The founders have created a product and a business that is filling a massive void in the marketplace, and filling it very, very well. (Athletic has been featured in more national publications and websites in their first year than all other Connecticut breweries combined.) 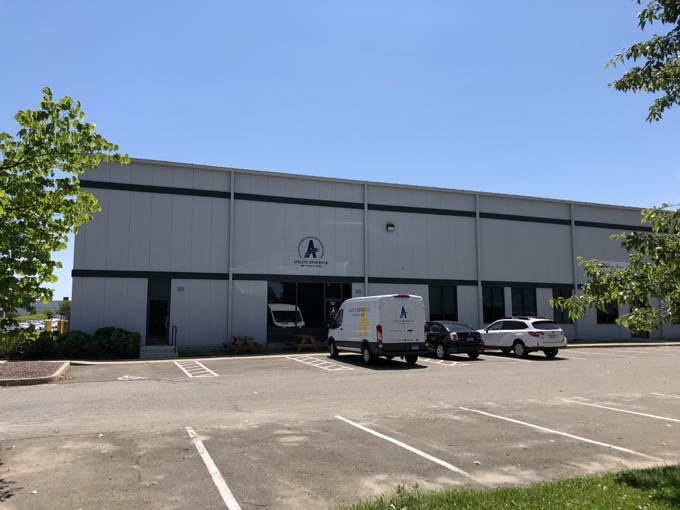 If you’re not familiar, Athletic is a non-alcoholic brewery. Every beer they make is under 0.5% alcohol by volume. There are very, very few NA “craft breweries” in the world and the typical NA beer is undrinkable and awful. Athletic’s idea was to change that; brew NA beer that actually tastes like real beer. Good beer.

At the outset, when I first heard of some of their plans, I scratched my head. Yes, the business plan was solid and the market was ripe for the picking. But it was the idea of having a taproom that confused me. Why in the world would they even bother with a taproom? A nice, decently-sized one at that? And the space they took over was huge. But it was always clear to me that these guys knew what they were doing – at least from a business standpoint anyway.

The product itself? That was still an unknown. 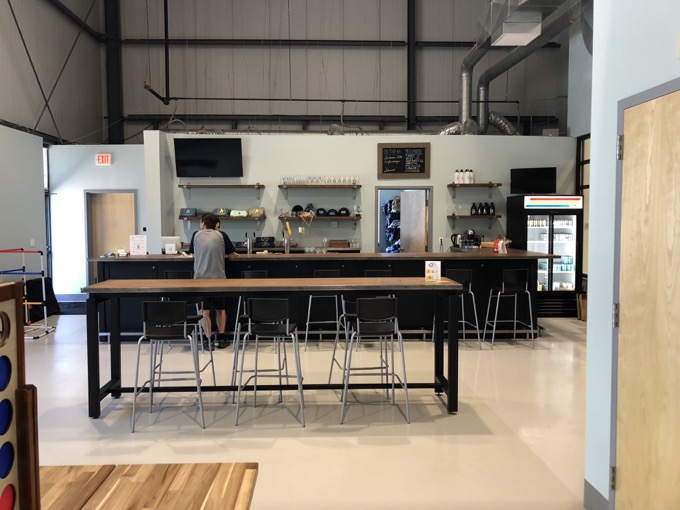 Athletic is run by financial guys. Wall Street veterans. Their approach was entirely market-based and laser-focused. Sure, we get the stirring founder story; Bill Shufelt drank a bunch at college in Vermont and then was getting bombed all the time while holding down his job in the financial sector. He was getting married and decided that he wanted to be healthier for his bride-to-be (awww) so he stopped drinking entirely.

The problem was that the NA beers he would drink were all terrible. He wished there was something better. An idea was born.

And fortunately for Shufelt, he was good with business plans. A Darien native, he quit the hedgefund career his lower Fairfield County upbringing required him to pursue. He then developed the mission of having a positive impact through bringing great-tasting craft beer to everyday occasions. It also occurred to me that Athletic could get on tap at hundreds… thousands… of breweries as the NA alternative. Brilliant. Even if you’ve never had an NA beer and don’t ever plan on doing so… and if you think Athletic is some hokey operation catering to the tiniest of niche markets who think it’s cool and athletic-y to put kayaks on top of bathroom walls… 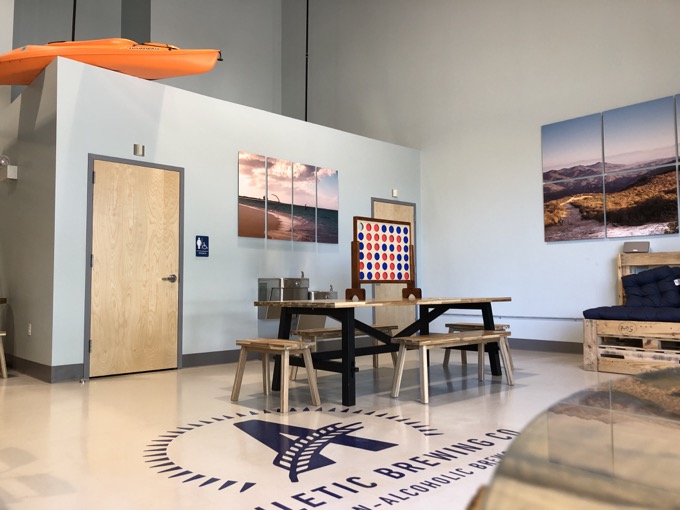 Athletic has a COO. And he’s a real COO. How many other Connecticut breweries have COO’s? One? Maybe? Anyway, he’s another finance sector veteran and when his blurb says that he “heads up distributor planning and relationships as well as is a liaison to our territory managers” that actually means something here. At an NA brewery most of you never want to even think about.

Oh, they have a head of e-commerce too. And yup, another Wall Street veteran. Why would Athletic need an e-commerce guy? Because part of their model is that they ship their beer anywhere in the US… for free. None of those pesky federal alcohol laws to deal with for Athletic! You can buy 6-packs through Amazon.

When I visited the little taproom set-up, I distinctly remember looking through the glass partition at the brewspace and having to pick my jaw up off the ground. It’s huge. What appeared to be tens of thousands of square feet of empty space, waiting to be filled with more tanks and equipment. In 2020, Athletic plans to scale up “10-fold” according to an little piece on Shufelt in Connecticut Magazine.

So far, everything I’ve written shows that Athletic is no joke. But really, does any of that matter if the beer isn’t good? 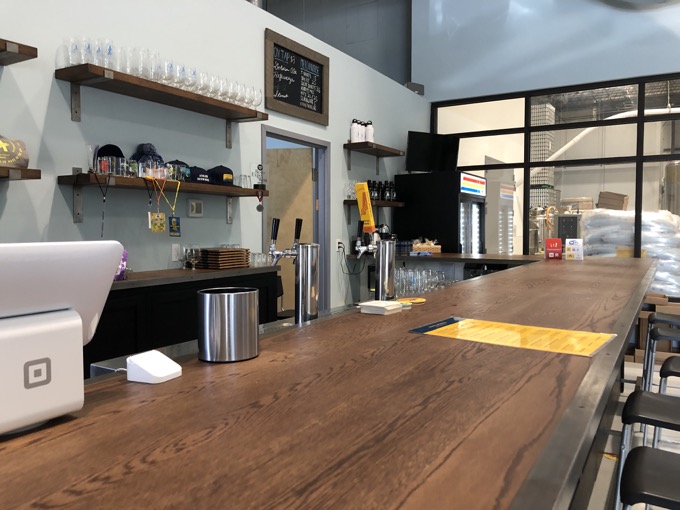 The taproom is run just like any other, except it perhaps comes with a greater expectation for educating the consumer. I had never had any of their beer, although I had heard from others that it was shockingly good.

I ordered their hefeweizen, as it was a hot summer day. And, I thought, it would be difficult to replicate the style in the NA format. Turns out I was wrong, as the hef hit all the proper yeasty and estery notes. Okay, I was sitting up now – and by the way, that full pour beer was $3 at the source.

I ordered tasters of their stout and DIPA and walked around a bit. The patron space is appropriately smallish. The owners clearly knew they’d never be hosting large rowdy crowds. I think it serves more as a classroom for curiosity seekers like me. Their goal was never to actually make money with this aspect of the business, but they didn’t completely ignore it either. 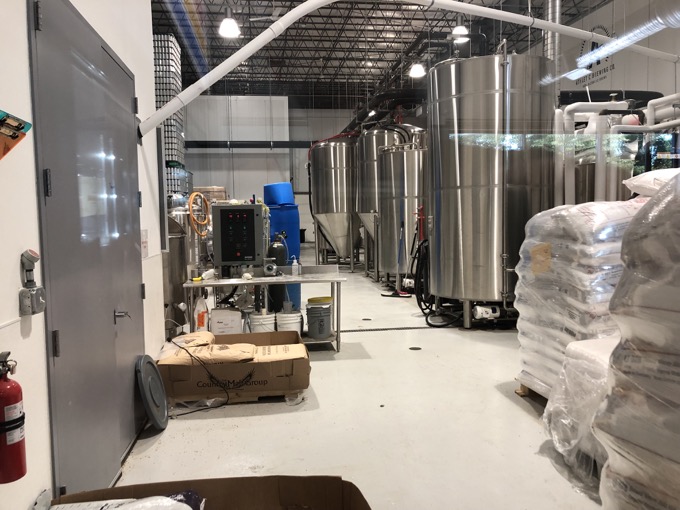 A brewer was hired away from Second Street Brewery in Sante Fe, New Mexico and issued the challenge to brew NA beer that actually tastes like beer. The Athletic FAQ touches on the 10-12 step fancy proprietary process they use here.

While most non-alcoholic beers have a single, industrialized dealcoholization step, our process is more similar to true craft beer production. Our process involves a series of 10+ changes to the brewing process, monitoring and controlling natural variables. We brew fully fermented beer to under 0.5% ABV. In this fashion, we retain the delicate esters and compounds of fermentation and let the ingredients fully express themselves.

They get into it a little bit more here.

Before I had their beer, I scoffed at this. Now? Athletic’s NA beer is the best NA beer I’ve ever had. And I’m not alone in my thoughts. According to their numbers, as they reported to Fast Company, the brewery produced around 10,000 barrels in 2019. That’s apparently among the top 5% of craft beer brewery output. They had to shut down production twice in the summer of that year to double their brewing capacity. 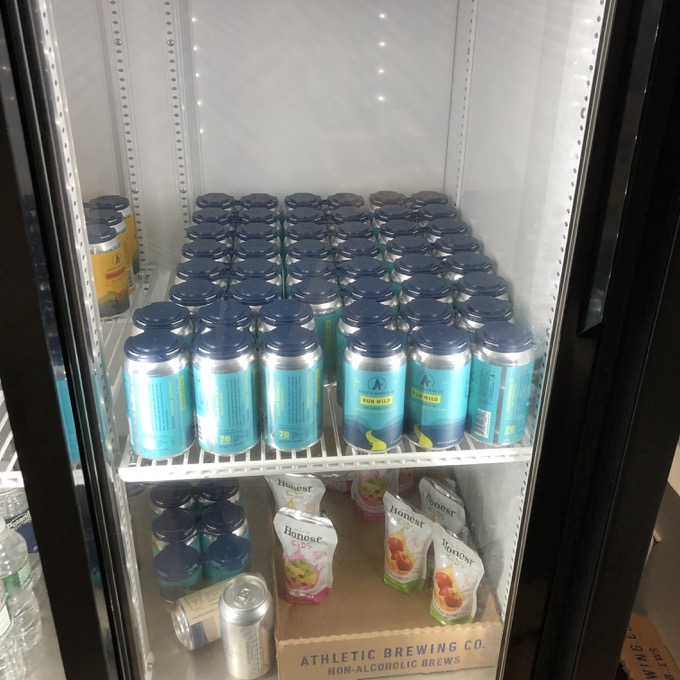 The company claims they are almost always on backorder for their online shipping channel. A store owner in Manhattan says that Athletic is his number one selling brand. Of anything. Period. The article also spells out a bit more about their unique process. It’s patent-pending so that’s why we don’t have details, but they make it sound like it’s pretty complicated.

I had their stout next and honestly, it’s great. I really like the idea of going out and having a real beer or two and then, perhaps, an Athletic NA beer. That just sounds like a smart thing to do in my old age. At any age, really. I wouldn’t go so far as to say NA beer is “healthy,” and I’m happy to see that Athletic seems to have backed off of some of their early goofy claims.

Beer has many naturally healthy characteristics. Studies have shown beer has qualities desirable for athletes including anti-inflammatory and antioxidant properties, and our beers have been tested to have significant amounts of calcium, potassium, magnesium, fiber and other vitamins. Beer also has naturally re-hydrating electrolytes. Plus, our beers tend to be lighter in calories than even the lightest beers out there, and have very favorable carb counts. While we leave health recommendations to the doctors, we like to think of Athletic beer as a great lifestyle addition.

I read some stuff before they came online that seemed to cross that line of saying they provide actual health benefits beyond hydration. That annoyed me then, so I’m happy now. 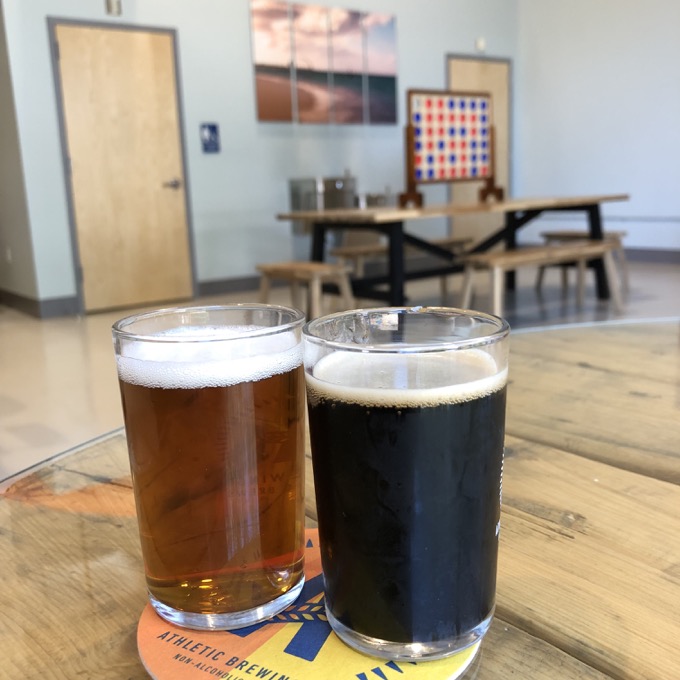 The DIPA was probably the weakest of the three beers I had at the brewery. But still, it wasn’t bad at all, especially if one realizes that DIPAs of today are a wholly different animal from what they were when they adhered to the definition of what a DIPA is. I bought a six-pack their flagship Run Wild IPA, as we were having a family gathering soon and one attendee likes beer but can’t drink beer.

He was very pleased with my gift. I’ve had Athletic beers since my visit and continue to be impressed. Darien hedgefunders and COO’s that speak in corporate jargon are not usually people I spend too much time thinking about or hoping for their success. But in this case, I do know that NO ONE thought this brand and company would work. Supposedly, the brewer they finally secured was the “200th” the owner spoke with. People laughed at Bill Shufelt – which, as a good-looking Darien hedgefund guy, was probably something that never had happened to him in his entire life prior to Athletic. 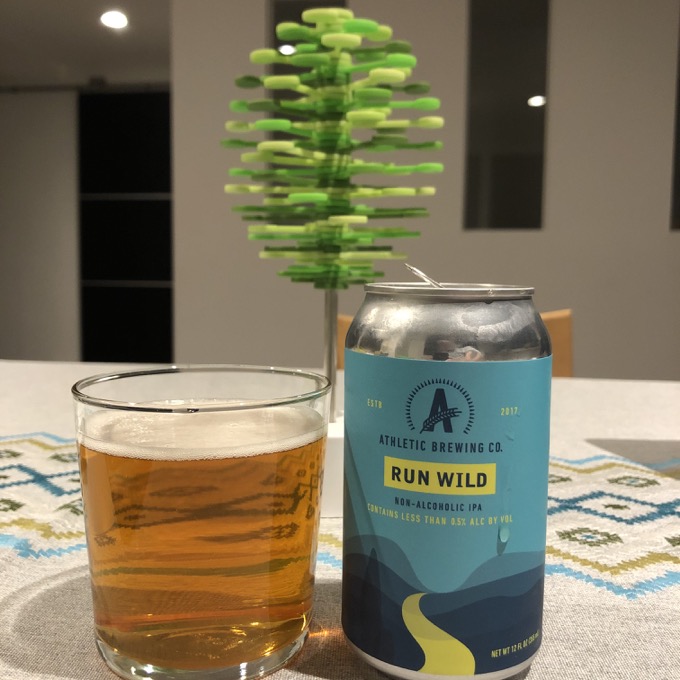 Now? Now they sponsor Tough Mudders and professional volleyball tournaments and road and ski races. They ship all over the country and are on back order at stores in big cities. And they aren’t yet two years old.

I’m very impressed with Athletic, their business model, and their product. And when they and/or their proprietary de-alcoholization process is bought for hundreds of millions of dollars, I’ll be very impressed with myself and my very early 2019 prediction that Athletic will be the brewery to which that happens.

Because in the end, it’s all about me. 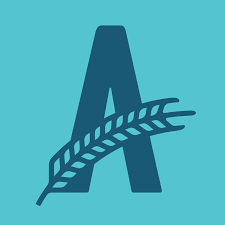