CTMQ > Everything Else > Books, Movies, People, & Stories > Book Review: Fish in a Tree

My 4th grader is a decent reader. It’s not his preferred leisure activity, but still… he’s a decent reader. One thing he doesn’t read is this website – let alone book reviews on this website. So I forgive him for just happening to nonchalantly mention a tidbit from a book he happened to have recently finished at school…

“I read a book where they eat at A.C. Petersen Farms in West Hartford.”

“The people in the book live here.” 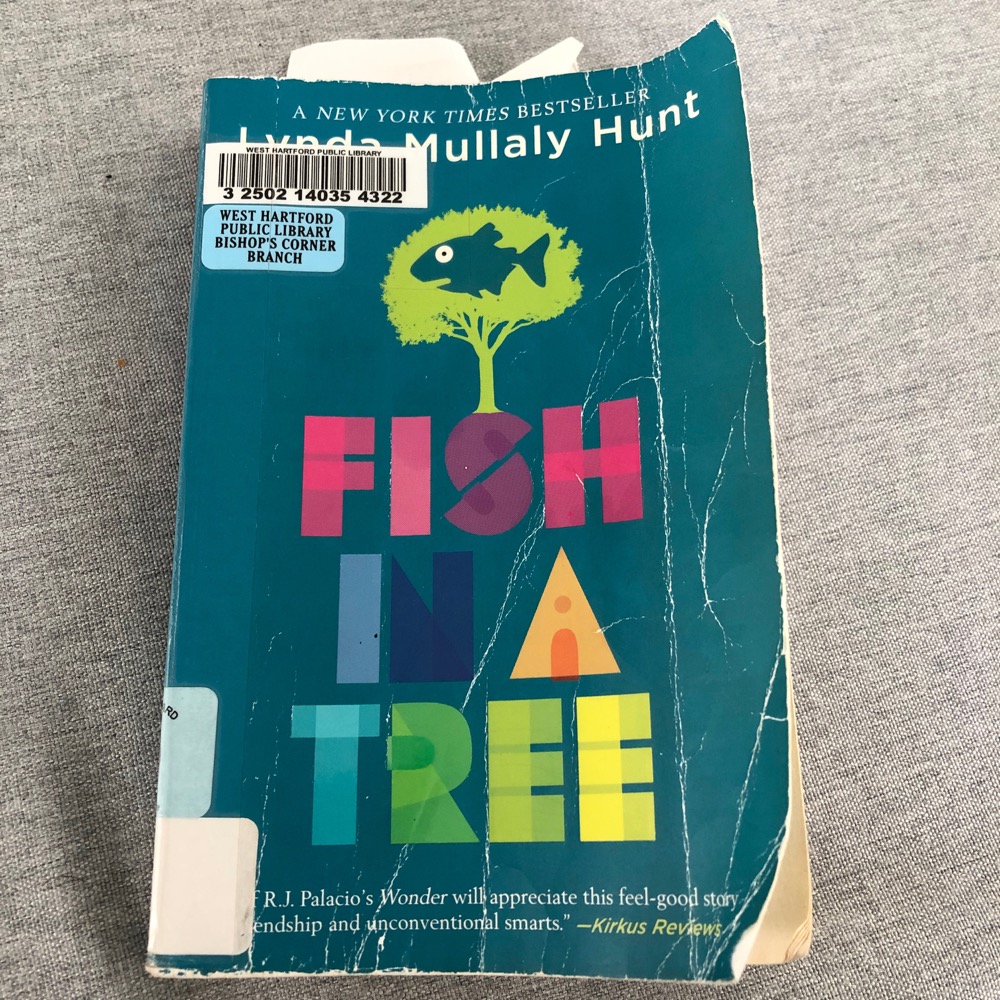 Bro. Don’t you know that I read and review books that have to do with Connecticut? No. No he doesn’t. And that’s okay. Calvin went on to tell me how much he really liked Lynda Mullaly Hunt’s “Fish in a Tree” and in fact said it was a favorite of his. After learning of it, I was going to read it regardless of his opinion, as it’s a bit of a hometown book.

So I did. And you know what? I kind of loved it. It’s been a while since I’ve read a good book written for pre-teens. (I actually can’t recall any offhand.) I guess it’s called “Tween Lit?” And I’m not alone; Fish in a Tree’s paperback release has been on the New York Times best seller list for over a year as I write this in June 2021.

Mullaly Hunt is a Conard High grad, so her West Hartford references are personal. The restaurant, Farmington Avenue’s St. Thomas Church, Park Road, the Noah Webster House. But really, who cares about any of that except those of us who live here. The story and its characters are what’s important.

“Everybody is smart in different ways. But if you judge a fish by its ability to climb a tree, it will live its life believing it is stupid.”

This cracked me up. So true.

Some say Einstein said that or some variant thereof, but he likely didn’t. The author here attributes it to “a wise person” which makes her a wise person as well. Our hero is Ally, an outcast struggling mightily with middle school. She can’t read or write, and is clever enough to keep that hidden from teachers and friends.

She’s a troublemaker and a loner. She has low self esteem and is bullied – but is afraid to do talk to anyone about her situation. The other sixth grade characters are well developed; the mean girl is straight up awful and her acolytes are appropriately pathetic. The two kids who become Ally’s friends are exactly the kids who would become friends with her. Mullaly Hunt does an excellent job writing young teens.

A new teacher, Mr. Daniels, enters the fray and sees through Ally’s front. He teases out her particular “genius” – math, art, spatial relations, puzzles, riddles – and begins to work with her undiagnosed dyslexia. Mr. Daniels is that one teacher we all had that we still remember – at least I hope you’ve all had a great teacher in your life.

Here’s the best thing about Fish in a Tree: Ally improves incrementally. She struggles and has setbacks. The mean girl stays mean even after she has her comeuppance – multiple comeuppances, actually. There’s no Come to Jesus moment for her, and I loved that. Ally doesn’t become a great writer or reader by any means. Her dad didn’t magically return from his military duty in the Middle East. The destitute boy Ally befriends never escapes his situation. And Mr. Daniels keeps plugging along with Ally, and both of them put in the work necessary. 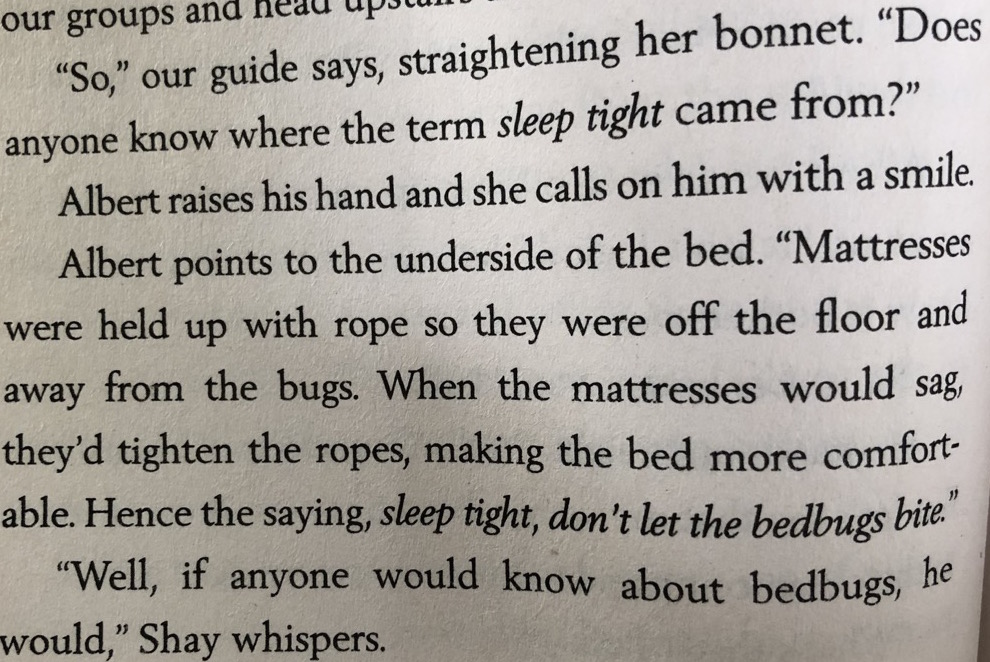 Ha! A long-running CTMQ inside joke about the “sleep tight” beds makes an appearance. And you see what a jerk Shay is? She’s a real piece of work.

Mullaly Hunt employs some clever literary tricks to set tweens on a path of picking up on such things. Ally’s name being a symbolic homonym, the fact that a dyslexic child spends time at Noah Webster’s house, of all the museums in the world… things like that.

And while I’m 48 and far removed from me (relatively peaceful and easy) middle school experience, I thought Mullaly Hunt did an amazing job capturing how kids that age act towards each other. I’m not lying when I say that I felt Ally’s pain and truly felt her successes.

I recommend Fish in a Tree to everyone and I’m very glad my son recommended it to me. Seriously. Now, I know you fellow GenXers are not going to read this, but try to get your kids to. This book will make them feel and look inward at how they treat others, and I think that’s important for young readers. 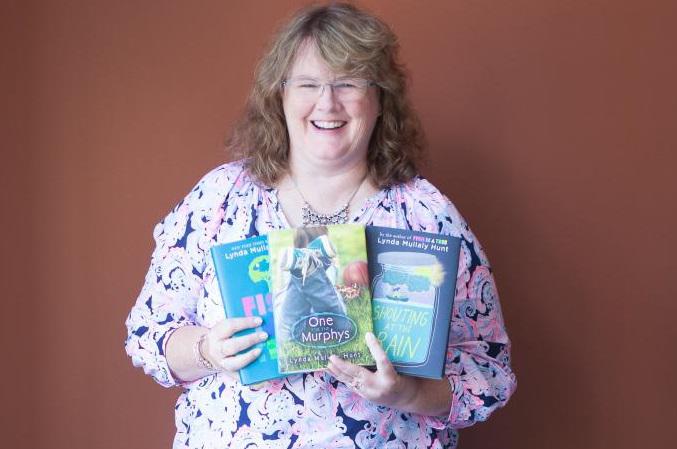