[2016 Update from Bush Meadow: “We are now entering a new phase of lives here at the farm. We are finished with our sabatical and ready to move forward. 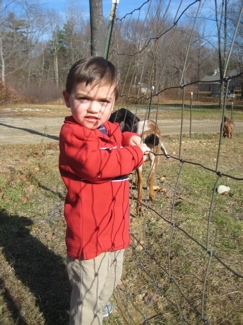 “Today? Oh, we’re gonna take a little drive up to Union.” Not exactly words often spoken by anyone – anywhere, at any time. Ah, Union… Connecticut’s least populated town with only 854 residents as of the 2010 census), possibly least discussed town and one of the least visited towns. Although technically, since I-84 drives through it, I suppose that’s not true. Approximately one third of the town is state park land, including the beautiful and remote Bigelow Hollow State Park.

Union makes the news at least once every year either for suffering the state’s highest snowfall or for little kids gone missing in the deep woods up there. On this page, Union makes its CTMQ debut for some goats. Rather productive goats, it turns out. 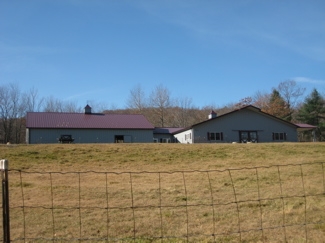 The last stretch of I-84 in Connecticut (going east) not only looks remote, but it is remote. There are no billboards, no buildings, no nothing for many miles. Once off the highway in search of Bush Meadow Farm, the remoteness is only amplified. The farm is actually only a few minutes off the exit and while it’s true that no one lives up here, ours wasn’t the only car in the dirt lot.

Goats were penned and roaming happily all around the large building as we entered and were heartily greeted by the proprietor, Barry Kapplan. I was immediately fascinated by this place for some reason. The “dining/sales” room was rather huge, but only outfitted with a few tables for dining. Antique farming implements were hung here and there as well as a bunch of goat portraits. Yes… goat portraits. 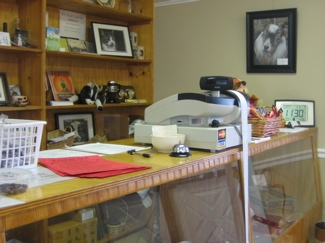 As I roamed the room noting the goat meat prices, various goats’ milk cheeses and the random assortment of locally made honey and veggie spreads, Hoang and Damian were more interested in getting some food.

Note: A drive to Union from just about any populated area in Connecticut works up one’s appetite. Bush Meadow has a kitchen in which they make breakfast and lunch all day. Most plates incorporate their own freshly laid eggs and their own cheeses and meats. Some of those meats are smoked in the Bush Meadow smoker. (I sampled a bite of their homemade jerky and it was delicious.) 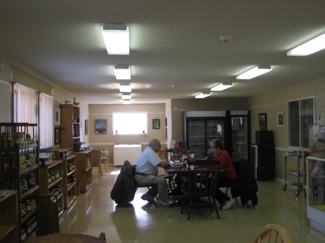 This place is what it’s all about: Almost 100% “localvorian”, super nice, high quality, good service – and of course, totally and completely in the middle of nowhere. Before we eat, let’s allow Bush Meadow’s website to explain a bit about the farm and what they offer…

We purchased our first goats in 1999. We originally went into goats and dairy products because one of our children had stomach problems with cow milk. By 2000, folks were knocking on the door to buy goat milk and cheese. 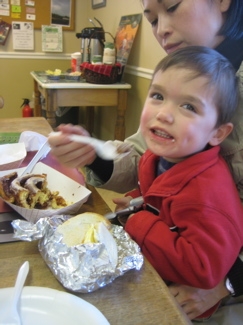 Hm. I wonder what business Hoang and I can get into based upon all of Damian’s unique demands? I’d like to propose some funny ideas here, but trust me, only Hoang would understand the humor. And since she doesn’t read CTMQ, what’s the point?

“We are a state licensed ‘micro-dairy’. We bottle pasteurized goat milk and handcraft three types of cheese. In our home style restaurant we serve lunch and breakfast all day long. We bake our own breads and rolls daily and we are known for our nearly half pound cinnamon rolls. Smoked meats are one of our specialties, and are wonderful on our breakfast and lunch sandwiches!

We grow and raise it, We process and smoke it, We bake and cook it. All right here!!

We are a state licensed dairy plant. Our goat milk is considered the best by our customers. We currently have goat milk available about 10 months a year. This way we give the girls a break before birthing again. The milk is pasteurized and sold in half gallon bottles. 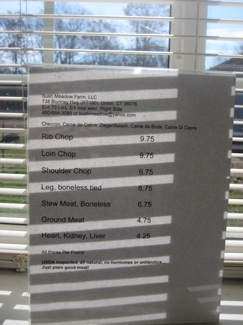 We are a USDA registered, Health Department licensed and inspected facility. We produce both smoked and cured/smoked meats. Except for the Pastrami, we do not use rubs on our smoked meats, that way you get the true taste of the smoke and meat. We currently produce: 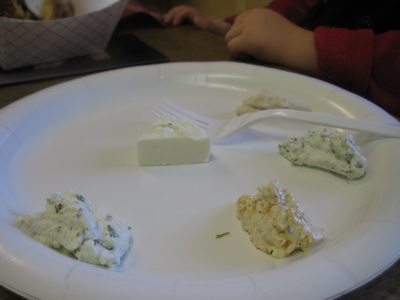 You want more? They do much, much more. Remember those eggs I mentioned? From their site, “Our hens are on the ‘retirement program’ here on the farm, they will not be used as meat birds.” 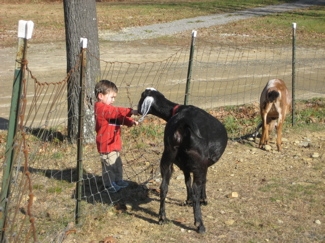 They practice a type of sustainable “chicken farming” known as pastured. This means that the hens are allowed to free range throughout the farm eating the local grasses, bugs, and ground grit, just like wild birds. However, the hens are restricted from this during the hours of dusk to about mid-morning. During this time they are allowed free access to the interior of the coop (no cages) and to their fortified outdoor pen. This is to prevent loses from predators and the eggs being laid all over the farm.

The quality of their eggs is amazing. Strong colored yokes, whites that “stand” and are separated into primary and secondary albumins. Good stuff. 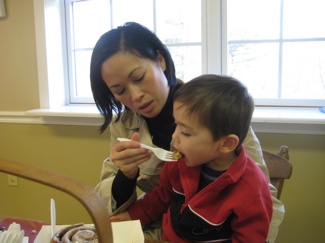 In addition to all this, they are also a licensed bakery and cheesemaking facility. It was these last three elements that we combined into the breakfast we ordered (from the son of the owner) and ate (cooked by the daughter).

Damian went with their giant half pound cinnamon roll whereas Hoang and I ordered egg sandwiches with different goat cheeses. All the food was made quickly and served warm on cheap paper plates. I love this place.

Before our sandwiches were done, we were served a cheese sampler plate; all five cheeses currently in production. The chevres were: Chipotle Garlic, tomato/bacon/horseradish, dill herb, and a maple cinnamon, along their plain feta. The feta was very, very different from the feta we were familiar with. As they say, “Our Feta is also different from the store bought ones. First off it is fresh. The store bought feta is very salty and dry/ crumbly. Our feta is moist, sliceable and only very lightly salted.” The flavored goat cheeses were delicious. 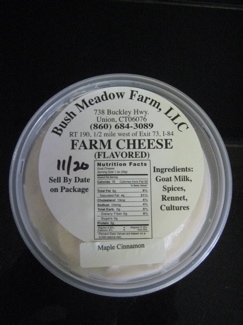 By the way, the 8oz flavored goat cheese will run you $6.75 and a half gallon of goat milk is a cool 6 bucks. Quality costs money, apparently. Also available on the menu? “Meat Sandwich.” So primal.

The eggs were noticeably better than store bought eggs. My goat cheese of choice was their tomato, bacon and horseradish flavor and Hoang had the dill herb with hers. The setting, the family atmosphere, the freshness… Heck, it almost IS worth the drive up here for all this! 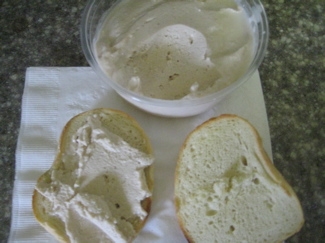 We were even given a sample of goat milk which I must say is delicious. Much sweeter and creamier than cow’s milk. Damian had no problem gulping down the cup and did nod that it was indeed delicious. The family seems genuinely concerned about the well-being of their goats, which is always nice to see.

Hoang convinced me to buy the sweet maple-cinnamon goat chevre, which I did, and have been enjoying on bagels and raisin bread all week. 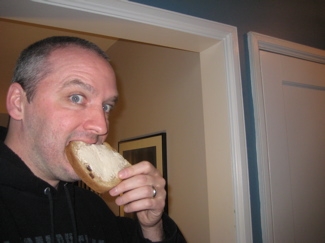