Perhaps the goofiest name of all the towers in the state, Castle Craig is also one of the most accessible. Visitors can drive right up to the base (almost) of it. Reservoir Road up to the tower is only open April to October from 10-4:45 each day, which eliminates all sunrises and sunsets for drivers I guess. Hoang and I reached it doing a section of the Metacomet Trail, though there are other trails as well – in addition to the drive up. 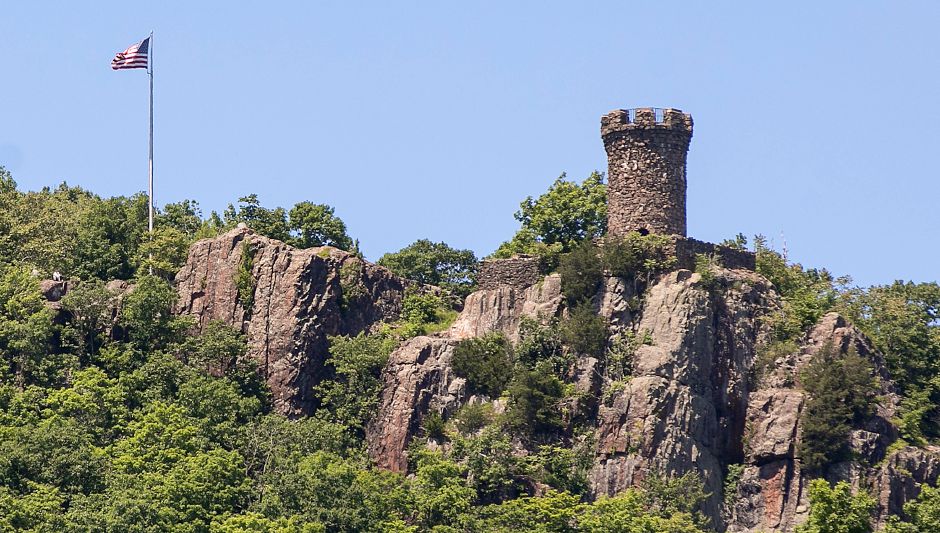 East Peak is pretty cool in and of itself. It is instantly recognizable from both I-91 and I-84, not to mention I-691 that passes beneath it through Meriden. It’s sort of a mini-monolith and is a good landmark from many surrounding hill and mountain lookouts. I was surprised to see it down at Sleeping Giant State Park during a winter hike. I can’t begin to remember how many hiking posts on CTMQ reference East Peak in the panorama.

Castle Craig, dedicated in 1900 and given to the people of Meriden by Walter Hubbard is part of the 1,800-acre Hubbard Park named after Hubbard. From the top of the observation tower, 1,002 feet elevation, it is possible to see New Haven and Long Island Sound to the south. To the west, the foothills of the Berkshires are visible; to the north, the Hartford skyline as well as the summit of Mount Tom in Massachusetts. 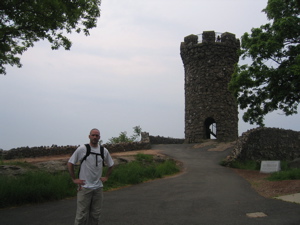 The inspiration for the tower’s design has been disputed for years. Some say Walter Hubbard, a world traveler, was inspired by a Norman French tower; others by a 12th Century Turkish tower on the Danube; still others maintain that it was patterned upon an ancient tower in Craigellachie, Scotland. The tower’s plaque actually delves into this a bit further:

Castle Craig Tower stands 32 feet high on 976-foot East Peak in Meriden’s Olmsted designed Hubbard Park. It has the distinction of being the highest point within 25 miles of the coast from Maine to Florida. Its design origins are clouded. Some say its native trap rock construction resembles Norman watchtowers on Europe’s Rhine River while others claim it was modeled and named after an ancient castle in Scotland. Meriden industrialist Walter Hubbard donated the tower and the surrounding park, which a grateful Meriden named after him. The tower is one of the highlights of the 1,800-acre park from its observation deck. Looking south one can observe Long Island Sound and on a clear day, the outline of Long Island itself. To the north, Southern Massachusetts Berkshire Hills come into view. Hubbard Park is on the National Register of Historic Places.

But here’s a funny thing I noticed when first hiking in the area. The Metacomet Trail continues northwest to summit the next hump in the range; West Peak. And West Peak is 1,024 feet in elevation – higher than East Peak and the tower combined. Now, I guess there’s a chance that the 25 mile distance just so happens to split the two peaks (which are only a third of a mile apart), but I doubt that.

A better wording would be that East Peak is the highest peak closest to the Atlantic between Maine and Key West. It must be noted that there are plenty of higher mountains in southeastern Maine near the coast. And does it matter that it’s Long Island Sound and not technically the Atlantic Ocean anyway?

I’m getting bogged down in this nonsense. Castle Craig is cool. Go check it out. 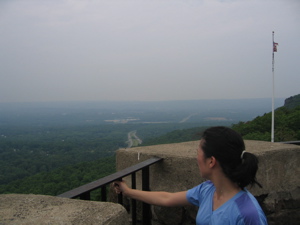