When I first learned of these two ornate houses on the Tolland Green, I was initially drawn to the name Frank Underwood. That was the name of Kevin (Eww) Spacey’s character in “House of Cards.” He wasn’t shy about the double meaning of his initials.

But then the two houses themselves jumped out at me for their showy beauty, which is all the more striking in Tolland. So I made a note to try to take a picture of the houses and here we are. Let’s do Charles first. 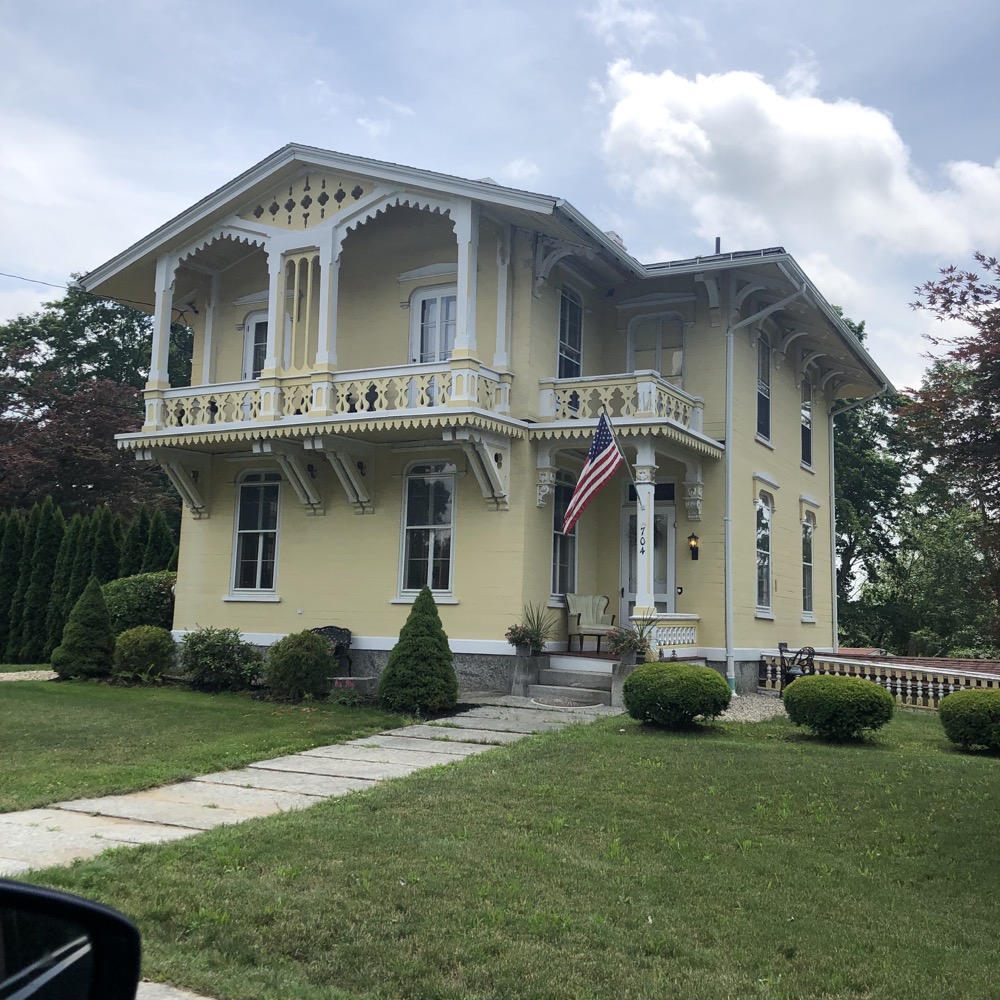 The Swiss Chalet-style house was built in 1859 for Charles Underwood, who in 1851 had inherited the leather belting factory across the street established by his father, Moses Underwood. (Moses’ house is not so exciting.) Charles expanded the business as the Underwood Belting Company and served in the Connecticut state senate in 1868 and 1869. But I don’t care about any of that… look at that house! Hats off to the current owners for the impressive upkeep of the joint. It’s certainly one of the most unique residences in Tolland County… and the whole state for that matter.

The Underwood Belting Company had success in Tolland and it continued to pass through the family. Charles’ brother Henry had a some named Frank who stayed in town, staying in the belt-making biz, and had his own giant house built on the Green in 1873. It’s not as fancy as his uncle’s, but it’s still pretty impressive. 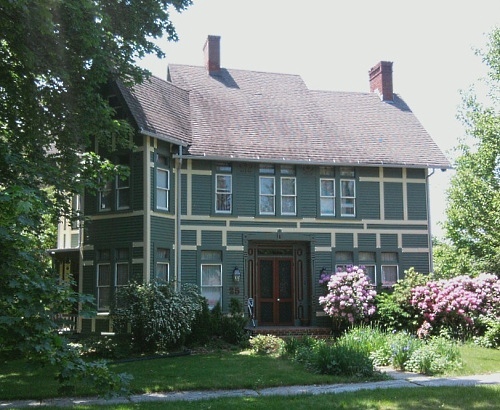 Five years after building the house, Frank constructed a factory behind it. What’s cool about that is that he had steam from the factory piped over to heat his residence. The design of the house was featured in Palliser’s Model Homes (1883), where the house was described as follows:

This country residence embraces many novel and good features of exterior variety and interior compactness and convenience. The workmanship and materials throughout have been of the best description, the materials being purchased by the owner and the work done by the day, and no pains have been spared to make it first-class in every respect.

The interior arrangement is very complete and unique, the Hall being finished in Oak, Parlor in Maple, Library and Dining-room in Ash, all the fire-places having hard wood mantels of handsome design. The conservatory is a pleasing feature of the first floor plan, and is accessible from the Dining-room through a casement window; access is also obtained in a like manner to porch in rear of Dining-room. A clothes-shute is arranged from second floor to soiled clothes-closet in Laundry, an arrangement that is appreciated by every housekeeper.

Stained glass is used in all the windows above transoms. Roofs are slated and ridges covered with red terra-cotta cresting. The interior wood-work is filled with Crockett’s Preservative. The heating is done by indirect radiation, steam being brought into cellar from the Underwood Belting Company’s Factory. Cost about $4,500.00.

It seems to me that Frank wanted the interior of his house to be of the highest quality, and probably skimped a little bit on the exterior. Or he hated his uncle’s Swiss chalet in the middle of Tolland and was a little more chill when it came to such things. An FU to his uncle perhaps? We’ll never know, but these two houses are fairly extraordinary, especially in relation to their surroundings. 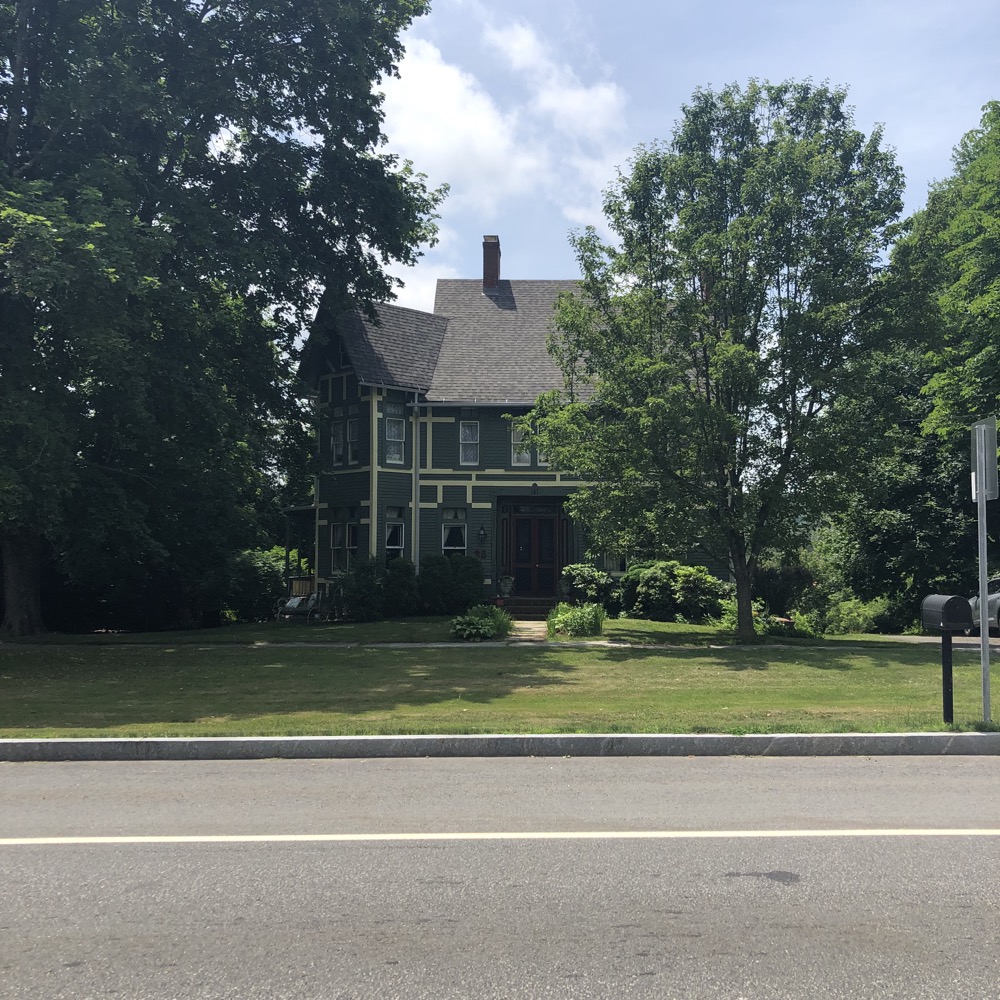