The funny thing about Sterling is that no one thinks of it as a sterling place. I rather enjoy it. I enjoy its anonymity and far-offness. I enjoy how parts of Sterling feel like Nebraska and other parts feel like Maine. I love that they retain Hell Hollow, Hell Hollow Road and Hell Hollow Pond. 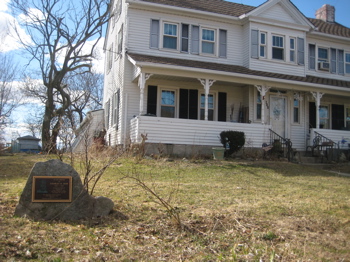 The wonderful Ekonk Hill Turkey Farm is here, as is the Pachaug State Forest which contains a few of my beloved blue trails.

But this little Charles Dow marker has been my nemesis. I’ve driven the length of route 49 in Sterling a couple times before looking for it to no avail. But this time I had Hoang with me to scan one side of the road while I looked at the other. Finally… Success!

The following is from some brochure about random Quiet Corner stuff I picked up years ago:

Charles J. Dow, Jr.’s, birthplace (born in 1851) is marked by a plaque on beautiful Ekonk Hill with its incredible view. Charles started his career as an apprentice to become a reporter and printer. He worked for the Windham Transcript, later for the Springfield Republican in Massachusetts where he was eventually promoted to the assistant editor, and then for the Providence Journal. Mr. Dow had a remarkable ability to grasp the importance of economic news and translate it into meaningful articles for the readers. His career really took off after the publication of a series of articles he wrote on the silver mining boom. By 1879, Charles had moved to New York City where he was employed as a financial reporter, and very soon thereafter, as an editor for the Kiernan News Agency on Wall Street. While working at Kiernan, he was reacquainted with a former colleague from Providence, Edward Jones. In 1882, the two men began their own financial reporting services, Dow Jones & Co., in the basement of a candy store on Wall St. Dow Jones began publishing a daily financial report that realized near instant success. 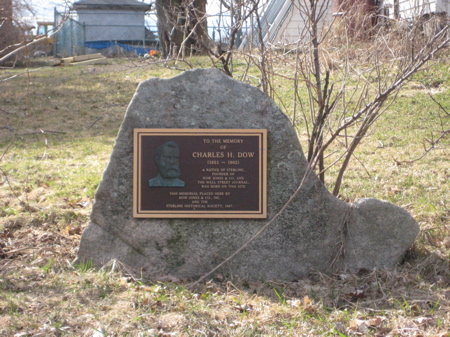 In 1889, their newsletter became the Wall Street Journal. In 1884, Charles Dow came up with the idea for the Dow Jones Average. He selected eleven representative stocks traded on the market, averaged their closing prices and reported the average as an indicator of market activities. Initially, these were transportation firms. Jones realized the importance of other major industries and spent the better part of the next decade developing a list of companies on which to base the average. The Dow Jones Average was first published in the Wall Street Journal in 1896. It is still there today, as well as on all news broadcasts on radio, television, and the Internet. The Dow Jones Average is no longer a true average, rather a more sophisticated weighted formula using a larger group of stocks.

Just another random thing about Connecticut that interests me far more than it should. 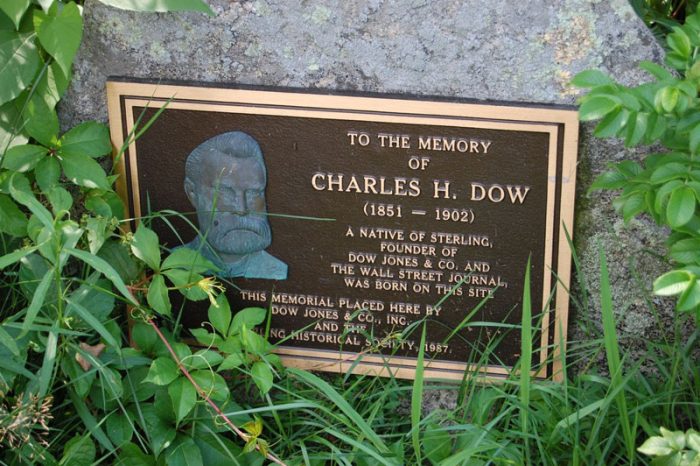