CTMQ > Everything Else > Books, Movies, People, & Stories > Christmas in Connecticut (1945)

When I started watching and reviewing Connecticut movies and asking for help in collecting a list of them, Christmas in Connecticut was always one of the first mentioned. Likely because it has the state’s name in the title. Well, classic cheesy movie fans, here we are… In Connecticut. At Christmas.

(The “Stanfield” Connecticut farm in the movie is in California somewhere of course, but it does look appropriately New Englandy, I must say.) 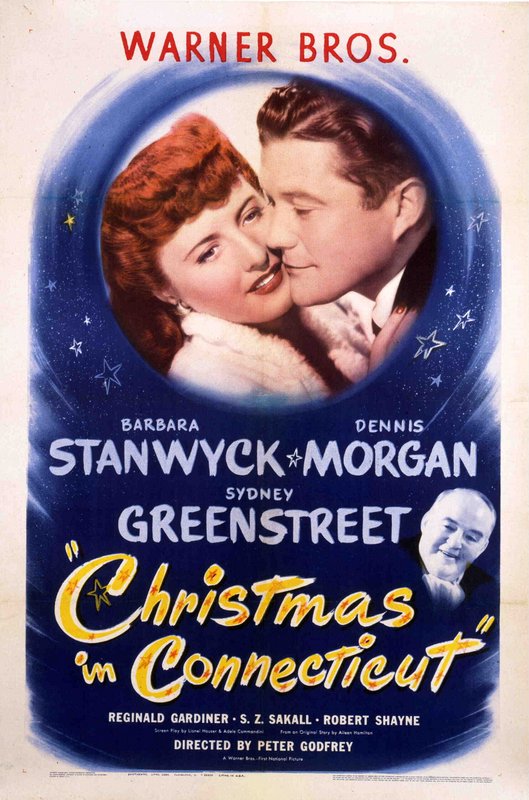 And before we get going, I’ll say this: there are a lot of Hallmark (and Hallmarky type) Christmas movies that take place in, or were filmed in Connecticut. They are all generally romantic comedies of some sort and I’ve watched a lot of them. The chemistry between the two leads in this 1945 movie (Barbara Stanwyck as Elizabeth Lane, and Dennis Morgan as Jefferson “Jeff” Jones) seem to really enjoy each other’s company and their “looks of love” look legit.

And Felix the chef is great. Perhaps my favorite character in every Connecticut Christmas movie ever filmed. I just wanted to hug him. 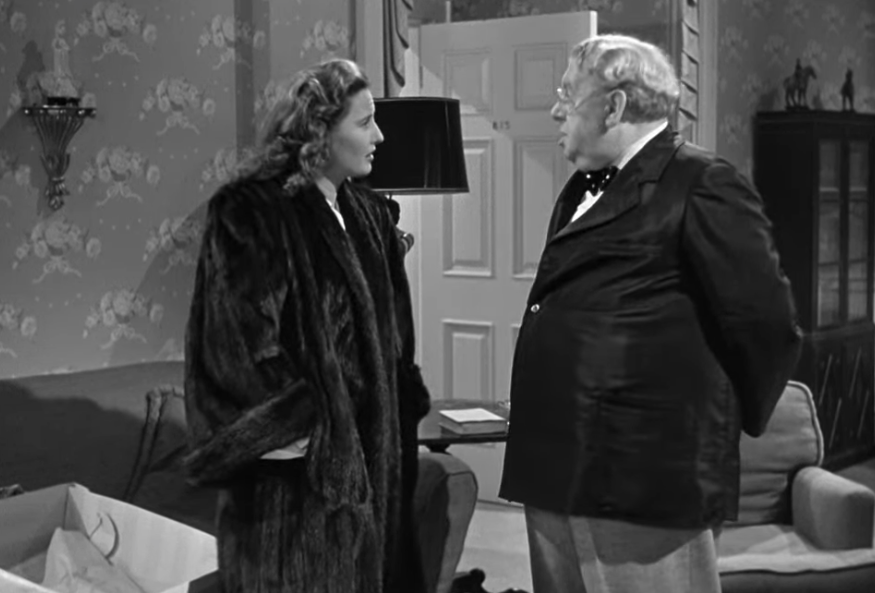 The movie is generally ridiculous, but the premise is believable enough. You Millenials and Gen Z people just need to accept that magazines were a huge deal in 1945 and columnists in them were actually famous and influential. And this movie is about popular and influential “homemaker” columnist Elizabeth Lane. She’s America’s best cook! And decorator! And crafter!

She’s 1945’s Martha Stewart. Except she’s not. Elizabeth lives in an apartment in New York City and can’t cook a lick. But she’s a darn good writer and has created a very impressive fictional life for herself at her fictional Connecticut farm with her fictional husband and her fictional baby. 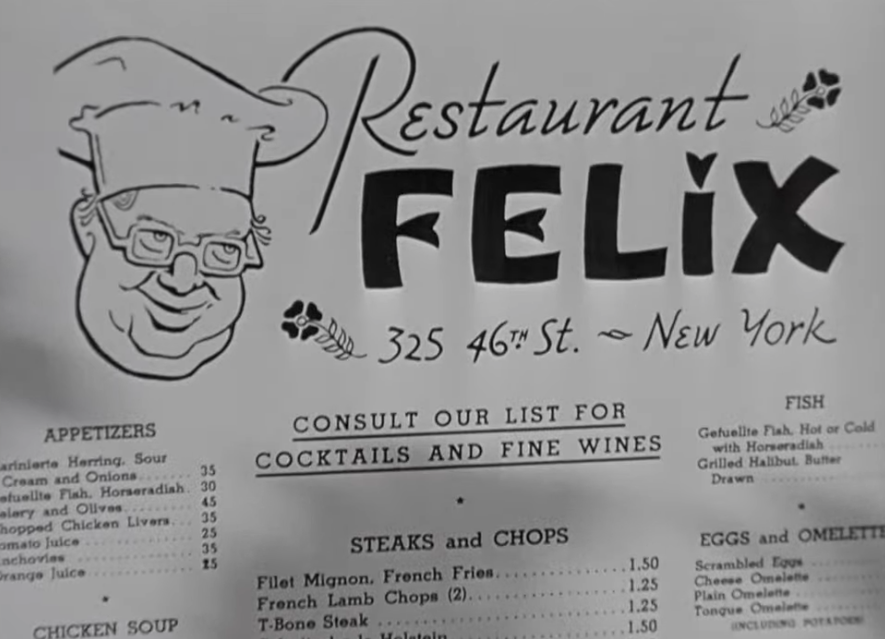 The Celery and Olives appetizer is more expensive than any other app.
2 lamb chops for $1.25. 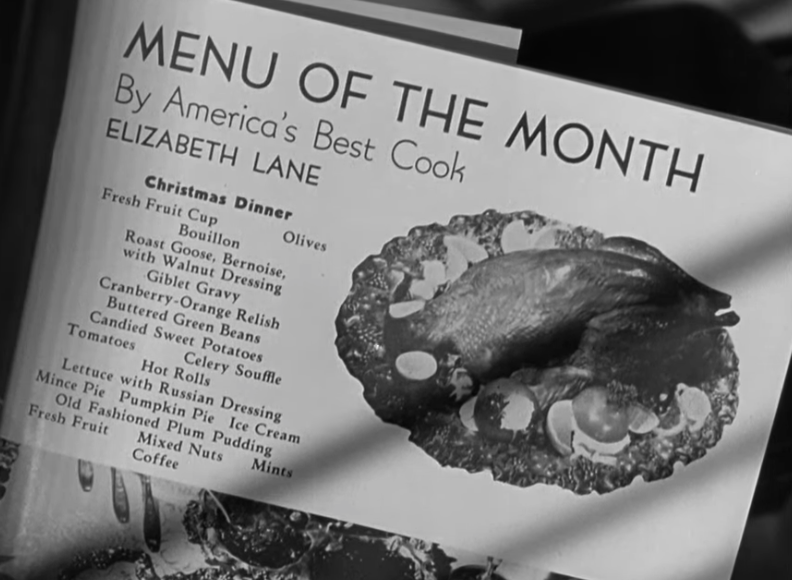 Not terrible, but I am curious what a celery souffle is. 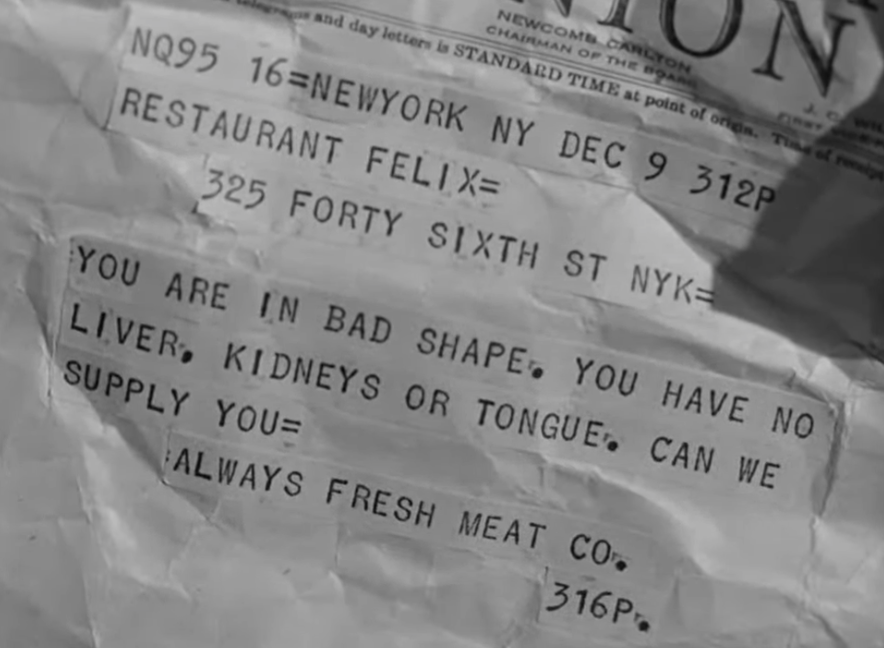 And she has fans of her writing and her recipes and, well, of her. One is Jeff Jones, a WWII sailor who survived 18 days on a raft in the ocean after his ship was bombed. As he recovers in a hospital on a liquid diet, he is buoyed by Lane’s columns. If he can’t eat real food, he might as well fantasize about the meals in the magazine.

He survivor buddy has figured out how to get steak and chicken though. It’s simple. You just woo the nurses and “give ’em the ol’ Magoo.” 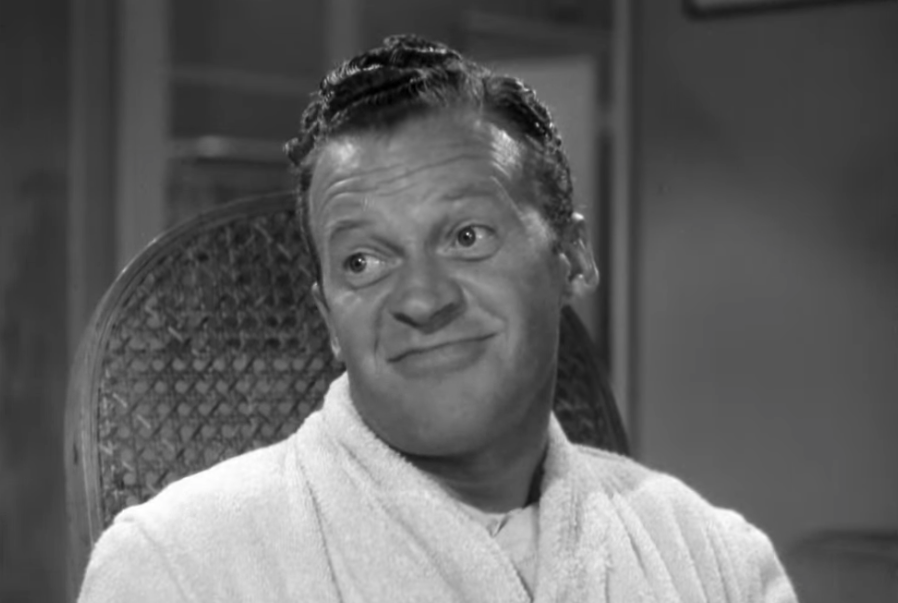 Jeff does give the ol’ Magoo and gets his solid food and vomits. But the nurse falls for him anyway because he’s kind and very handsome. He’s not so quick to want to marry the nurse though, so she writes to Alexander Yardley who publishers Lane’s columns. Her idea is to have Jeff experience a Connecticut Christmas with the perfect homemaker (who is assumed much older) and see that settling down to family life is fantastic. A bit extreme, but hey, he’s really handsome like I said.

Yardley loves the idea and puts it into motion. But ah! Elizabeth doesn’t live on a farm in Connecticut! She has no husband and no baby! And Christmas is like 3 days away! Oh no! 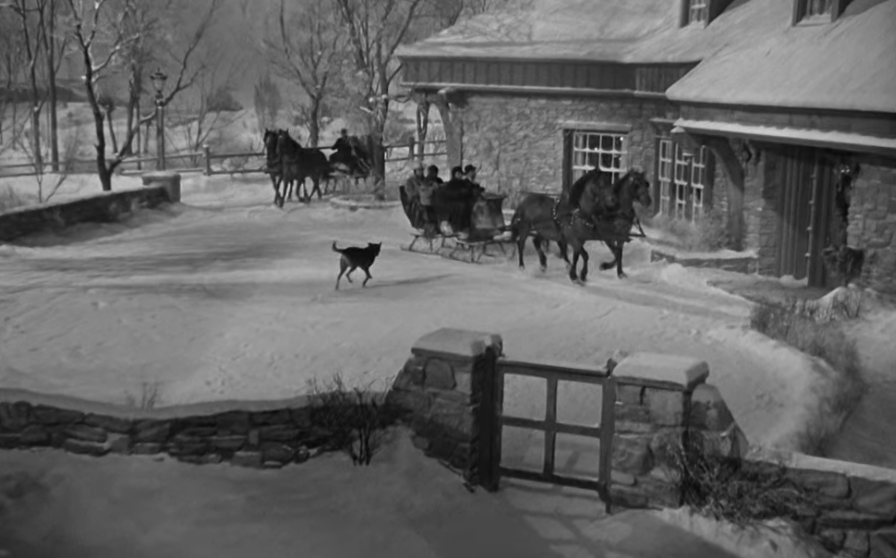 Elizabeth’s editor is in on her ruse and the two of them are terrified of the pickle they’re in. Yardley is all about the truth and they’re going to get fired. Elizabeth’s close friend Felix, who owns his own restaurant nearby and has been providing not only meals but also recipes, begins to get involved. And then there’s John Sloan, a fairly successful architect suitor to Elizabeth.

John has been trying to put the ol’ Magoo on Elizabeth for year with no success. But he has a farm. In Connecticut. A plan is hatched.

Elizabeth Lane becomes Mrs. Sloan and they live on his farm. Felix becomes her uncle. They make haste to the farm to begin their fake life – which includes a real impending marriage between John and Elizabeth.

Jeff Jones arrives as does the publisher, Yardley. Hijinks ensue. I will say that scene when Jones arrive and he and Elizabeth see each other for the first time is cute. There’s love (or lust) in their eyes. 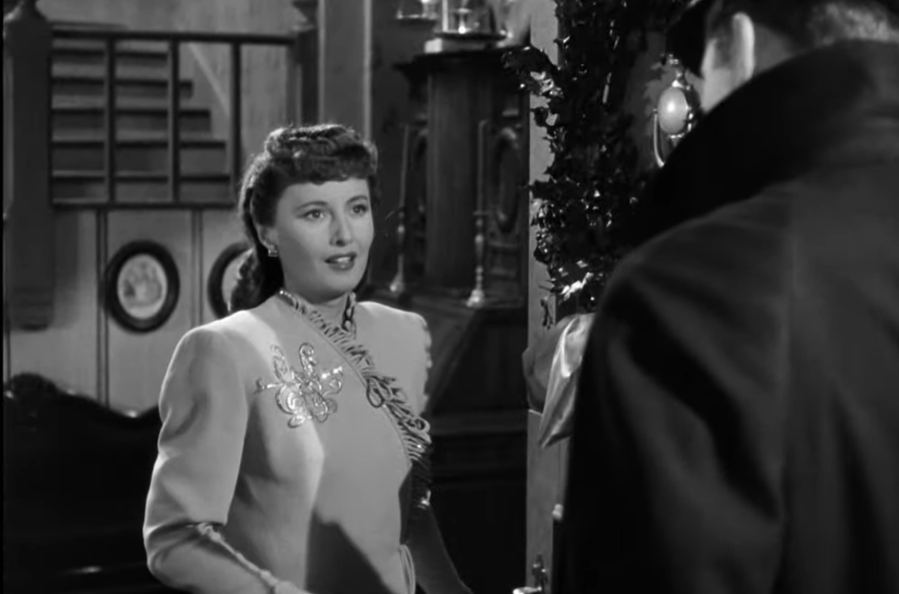 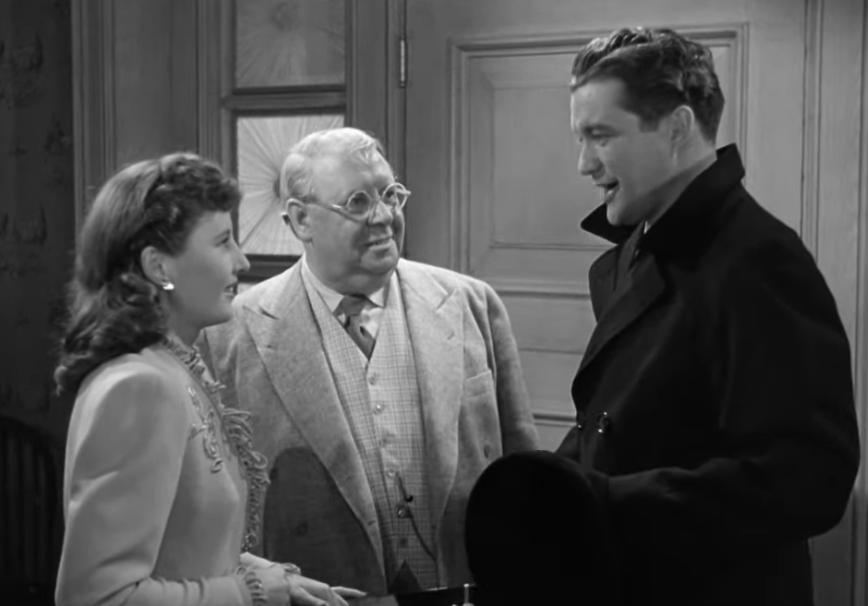 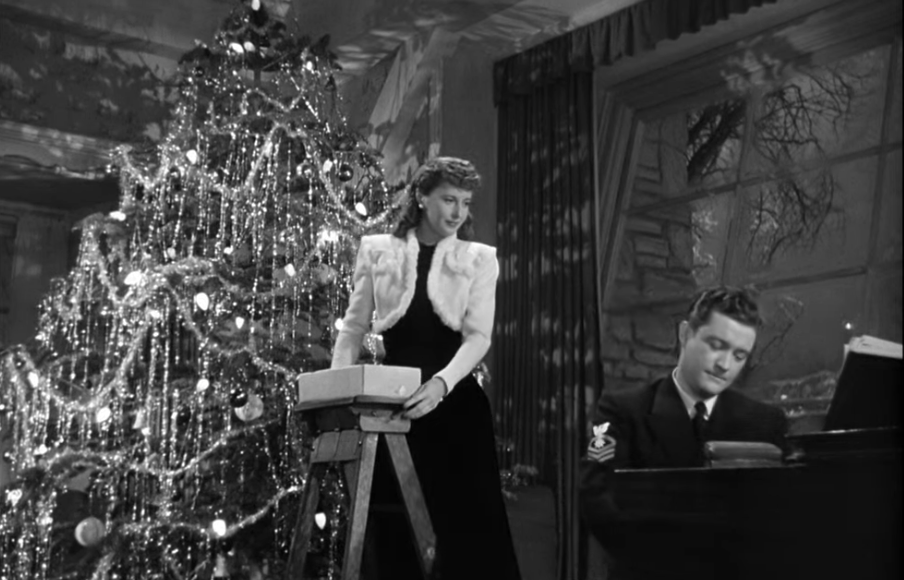 And he can sing! And play piano!

Felix is wonderful. He and the farm’s Irish maid have some great banter back and forth (“I made Irish stew!” Felix dumps some paprika on it… “Now it’s goulash.”) He learns the word “catastrophe” and uses it throughout for every small incident. He’s the best.

He also orchestrates lots of “secret” machinations behind the scenes. He creates diversions to ensure Elizabeth doesn’t marry John. He helps Elizabeth and Jeff get alone time. He distracts Yardley at strategic times so he doesn’t get hip to the fact that everything is a lie.

One dramatic breakfast scene had the whole gang gathered for breakfast where Yardley insists Elizabeth flip a flapjack. This was it. This was the end of her. She had failed miserably in a previous practice attempt. She closed her eyes, and… 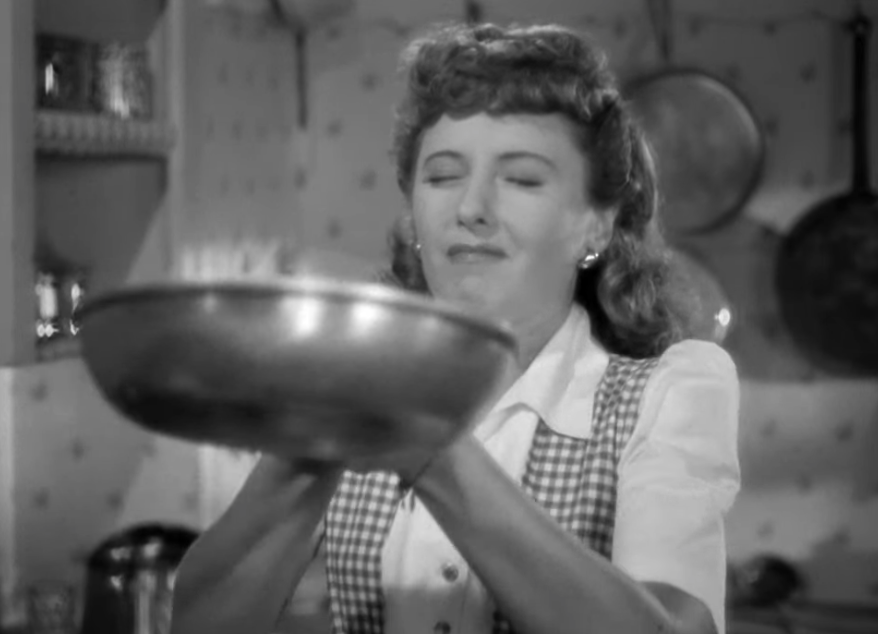 Success! The movie continued and Yardley continued to believe his star homemaker was just that.

Immigrant women drop their babies off at the farm and one little girl stands in as Elizabeths. She’s blonde. And a she. Hilarity ensues when “the world’s greatest mom” doesn’t know how to take care of her. Even more hilarity the next day when a different kid – a brown haired boy – is dropped off. Even MORE when this boy baby supposedly swallows a watch and Felix produces one that a horse couldn’t swallow. (Trust me, it’s pretty absurdly funny.) 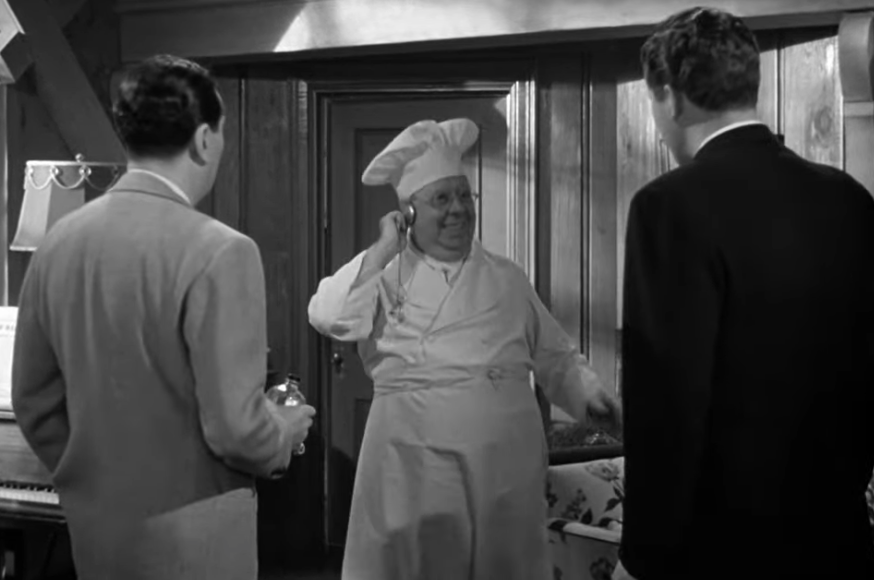 Felix is more pleased that his giant watch still works after being “swallowed” by the random baby.

The ruse is exposed at the Christmas Eve dance when Yardley notices Elizabeth and Jeff getting too close. They get arrested and thrown in jail together and don’t care because they’re in love. Yardley sees a baby get collected by its mother and reports a kidnapping. It’s a whole mess – like sitcom level mess – but it’s fine. Felix makes things “hunky-dunky!” and gets Elizabeth a raise out of the whole situation.

And Sloan slinks away and Jeff and Elizabeth kiss and the movie ends. It’s all enjoyable enough… and after a bunch of low-budget TV movies, it’s nice to watch an actual Hollywood production. 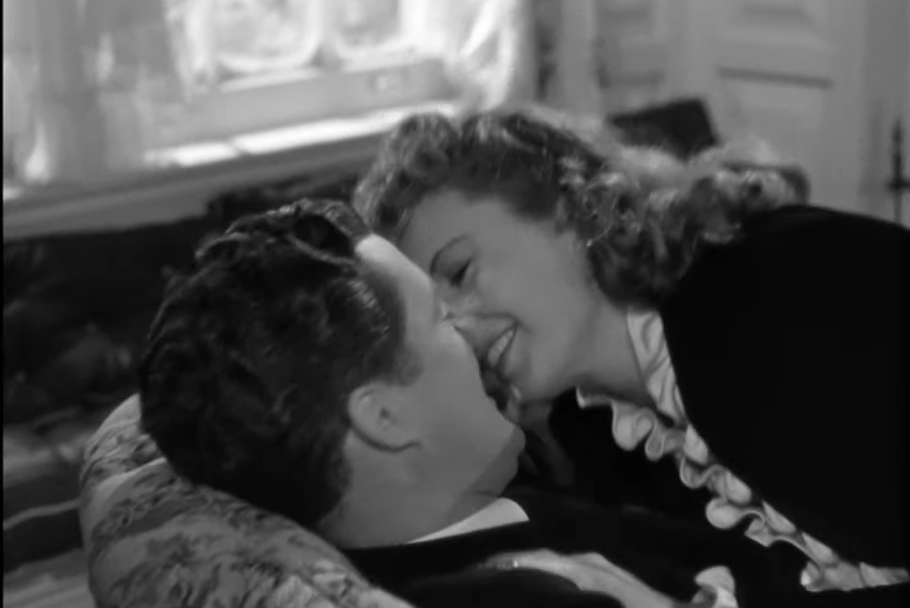 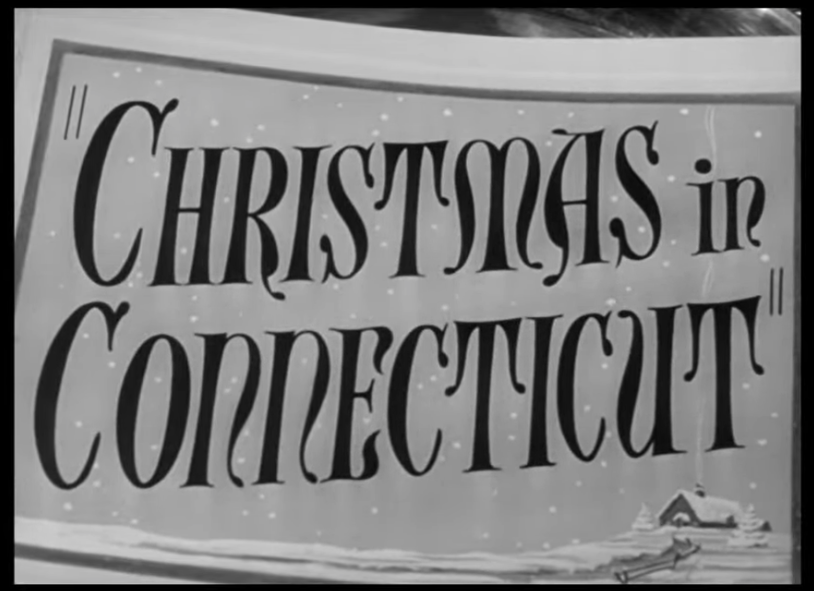 CTMQ Rating: 4 out of 5 thumbs up
Connecticutness: 101 out of 169 Nutmegs
Filmed in Connecticut? No
Wealthy Caucasian with a Big House? Yes