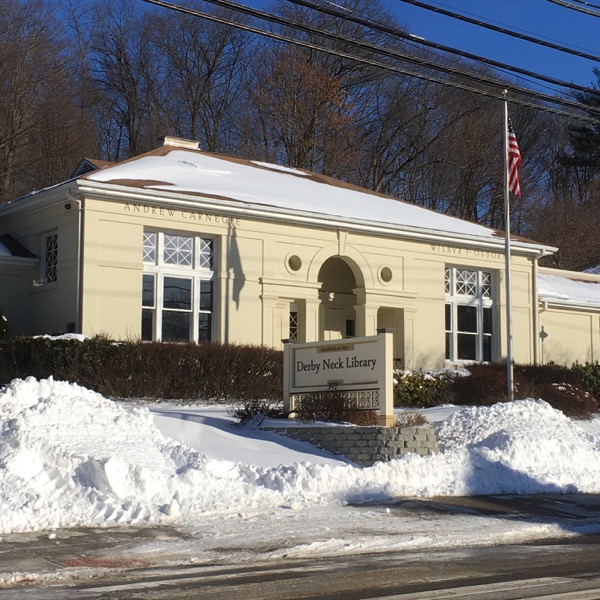 I think it’s worth noting the Connecticut Six. So here we are, at the corner of Hawthorne Avenue and McEvoy Court. Damian and I walked around the joint mostly because I had heard that the library contained a portrait of The Leatherman.

I didn’t find any Leatherman portrait, but they did have a puzzle to do – which struck me as something every library should have. 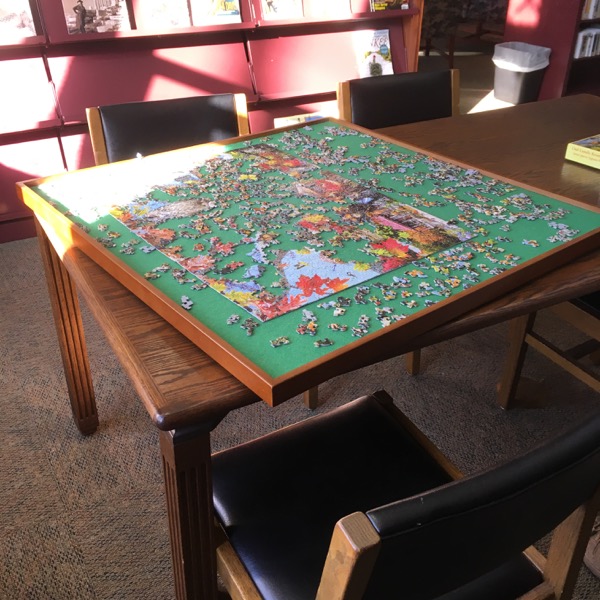 1897: A $50.00 donation was received from Wilbur F. Osborne. A library was started in the Derby Neck School (present location of children’s room).

1907: A 1,500 square foot library was completed with a $3400 donation from Andrew Carnegie plus an additional contribution from Wilbur F. Osborne and Frances Osborne Kellogg. The original library was constructed on a site adjacent to the Derby Neck School (later known as Hawthorne School).

1972: Hawthorne School was demolished allowing the library to be enlarged to 6500 square feet.

2002: An expansion project was completed enlarging the building to its present 14,950 square feet. 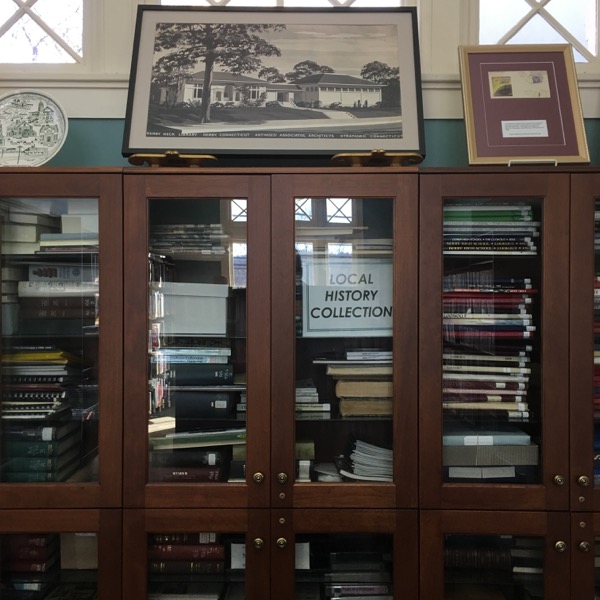