Danbury has a very large Brazilian population. As you’d then expect, there are a bunch of Brazilian restaurants in Danbury. (My quick research shows a distinct lack of true Brazilian waxing operations in town, however.) 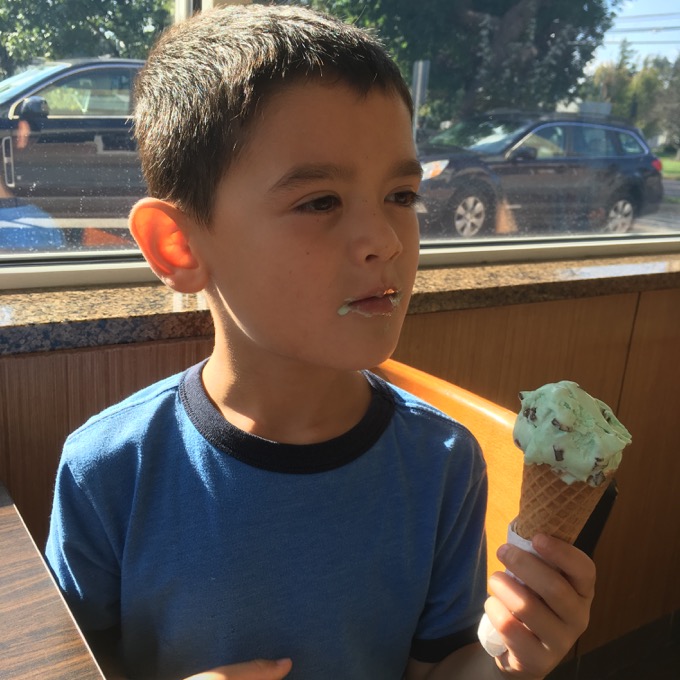 Dubl Twister is unique among Connecticut homemade ice cream joints in that it has a distinct Brazilian flavor.

Back when we first visited Dubl Twister, there was only one Dubl Twister. Now, a few years later in 2018, the number of outposts dubld, and then dubld again as they now have four locations with newer shops in Brookfield and two in Southbury – though one of is just be a coffee shop inside the movie theater there. 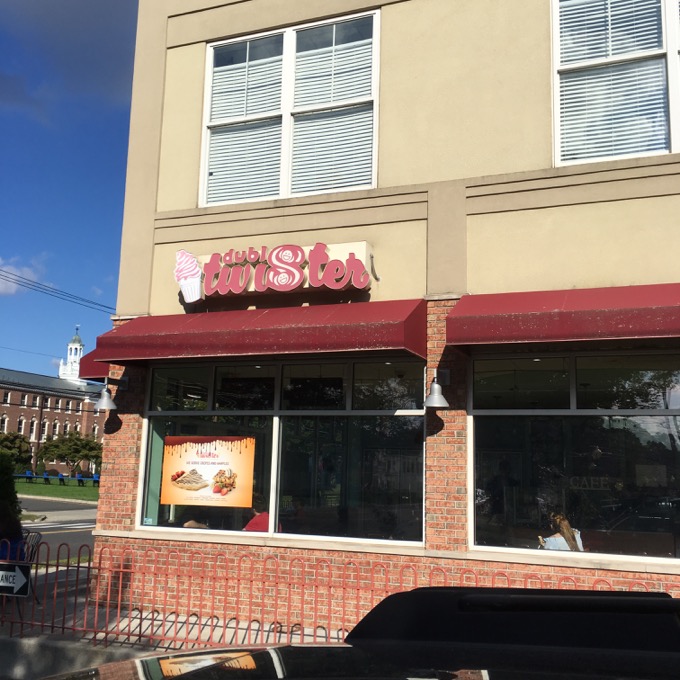 Can Southbury support dubl Dubl Twisters? Time will tell. (This part of the state couldn’t support two Dr. Mike’s Ice Cream Factories as the one in Monroe closed.) All we care about is the original though, located in downtown D-Block near Western Connecticut State University.

Parking is pretty tough here on busy summer weekends, but hey, you’re in a city. The ice cream shop shares space with a pizza restaurant, so I assume this dubl feature makes for a rather popular evening out for the locals. 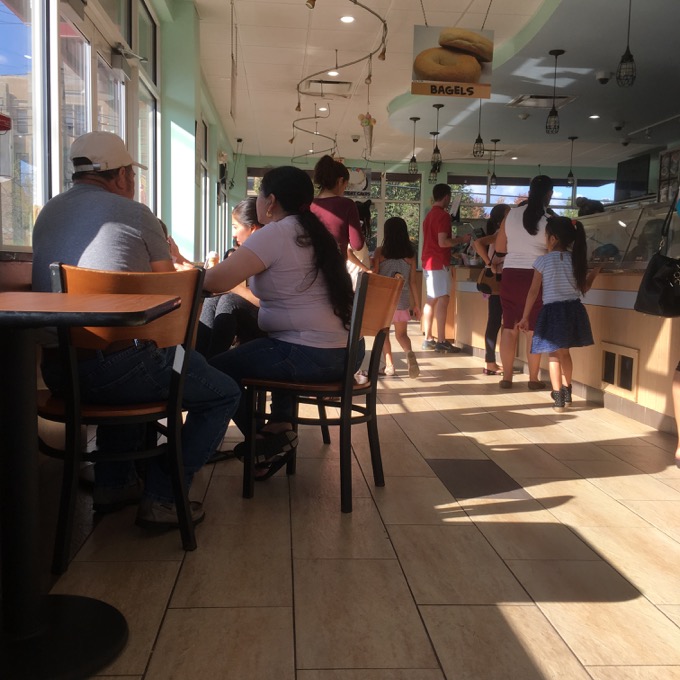 I count maybe 5 Brazilians in this picture.

The shop is clean and provides enough seating for maybe 20 people. The shop is also a coffee shop. They squeeze a lot in here. And since they are busy building out new ice cream shops and running a coffee shop as well, there is no time for something as silly as maintaining a web page. 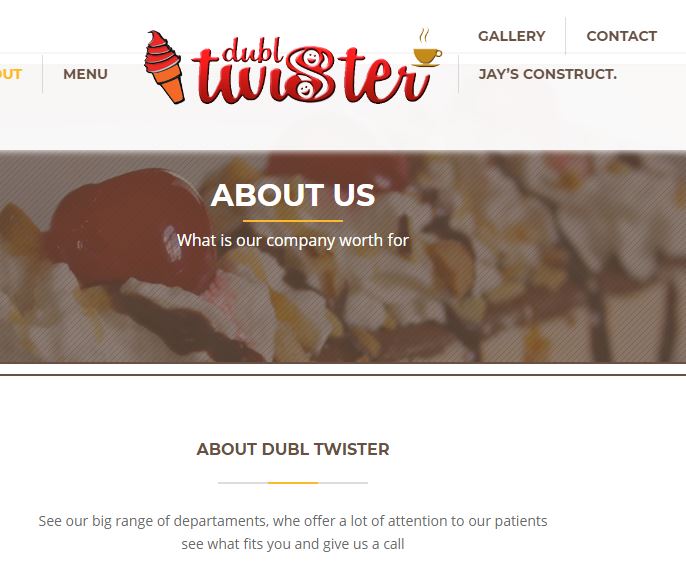 “What is our company worth for?” I’m not sure, but I hope their “patients” find the right “departament” among the big range and find what fits right. As for Jay’s Construct., that webpage assures us that Jay’s Construction is the best construction. So that’s cool. 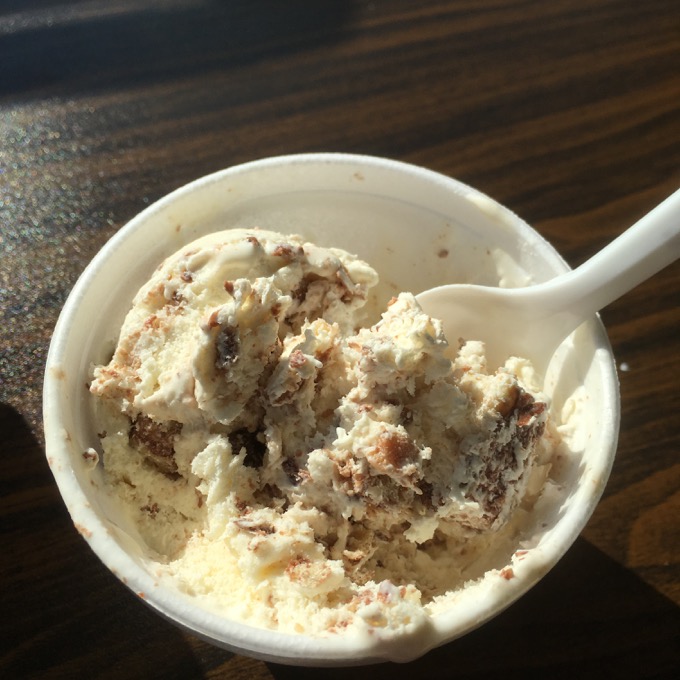 But hey, who cares, right? It’s all about the ice cream after all. And the ice cream is… delicioso! (That’s Portuguese for “delicious.” I’m here to help.)

Dubl Twister always has a ton of flavors on offer, including all the standbys you’d expect. On our first visit, Calvin had the strawberry: 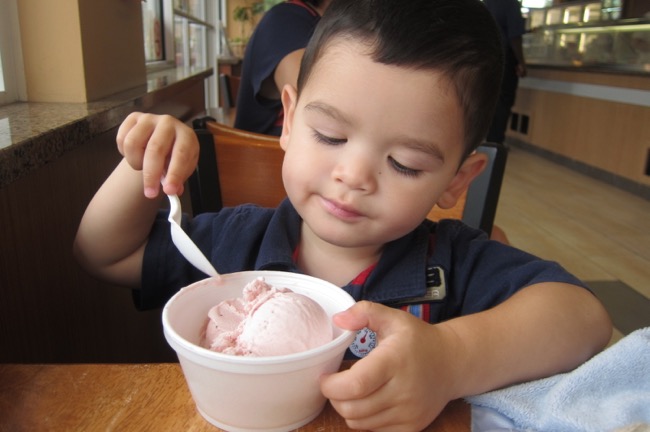 I love this picture so much. Ice cream has always been Calvin’s favorite thing in the world pretty much since birth. He’s very discerning. And while this picture may imply he wasn’t impressed, I assure you that he was.

I can get strawberry ice cream anywhere though. But what about Cupuaçu? Guava? Acai? Dubl Twister weaves these decidedly Amazonian flavors into the mix as though we WASPy West Hartford guys know what they are. 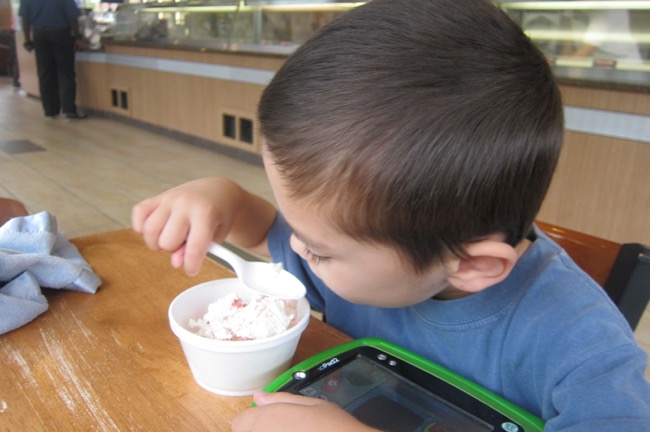 Of course, that meant I had to have the Cupuaçu ice cream. When in Danzil, right? Right. In fact, Dubl Twister proves none other than Saveur wrong, as they wrote the headline, “The Ice Cream in Brazil You Won’t Find Anywhere Else” – which features, of course, Cupuaçu. In your face, Saveur. 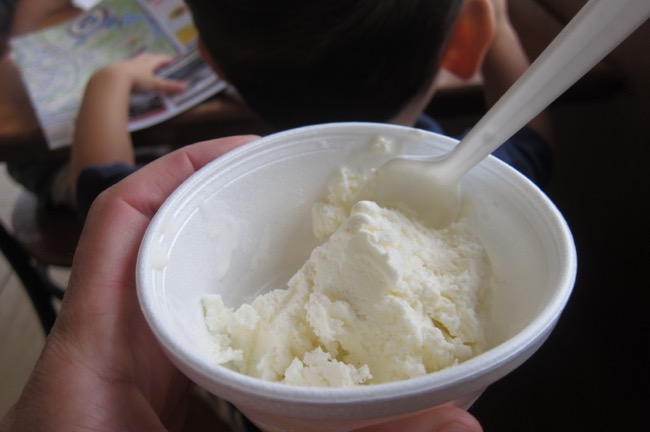 Cupuaçu is a relative of the cacao plant with “a citrus-and-melon verve and almost alcoholic kick,” according to Saveur. It’s pronounced coop-oo-ah-SOO and has been an ice cream flavor in Brazil for forever. My cup of Cupuaçu was a revelation; creamy, sweet, sour, chocolatey… a bit bonkers. I’m glad I had it. 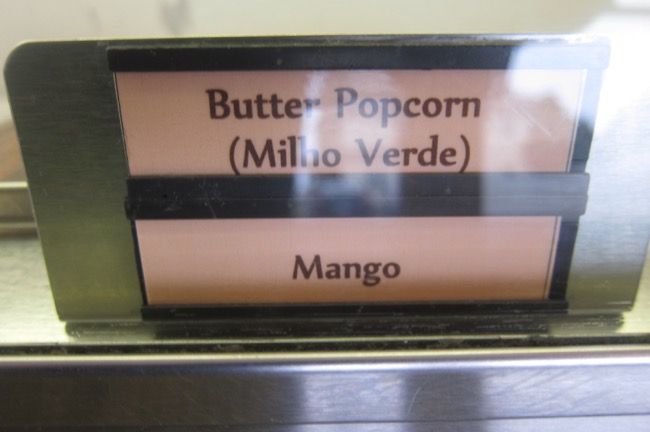 There’s another flavor here that I’m glad I didn’t order a full serving of: The Milho Verde. Yes, buttered popcorn ice cream. This is a big thing in Brazil and it’s as awful as those dang buttered popcorn Jelly Bellies that some dope snuck into the standard mix. 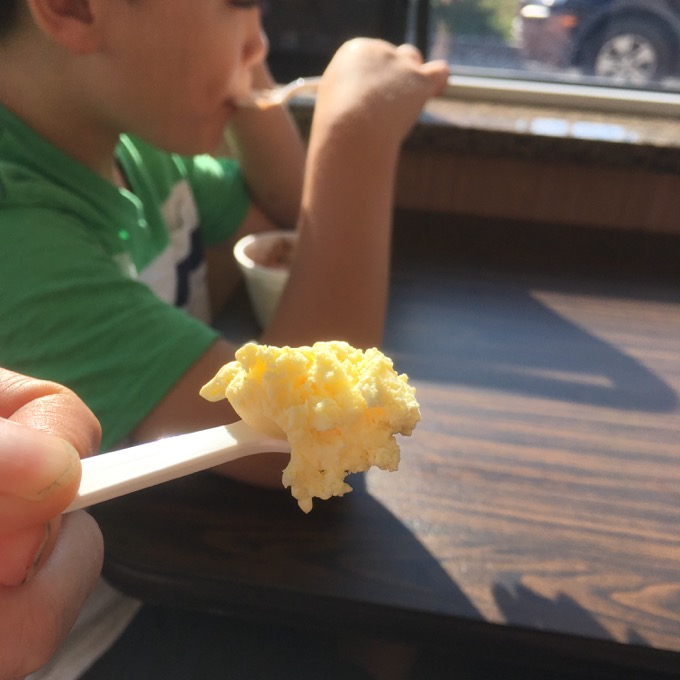 I tried it and… no. Not for me. But it’s cool that Dubl Twister has all these “flavors of home” for the local immigrant population. And if you’re not sold, frozen corn popsicles are a big thing in Brazil.

On our second visit, Calvin went with a fantastic chocolate mint chip – I wonder if mint in ice cream is gross to Brazilians? 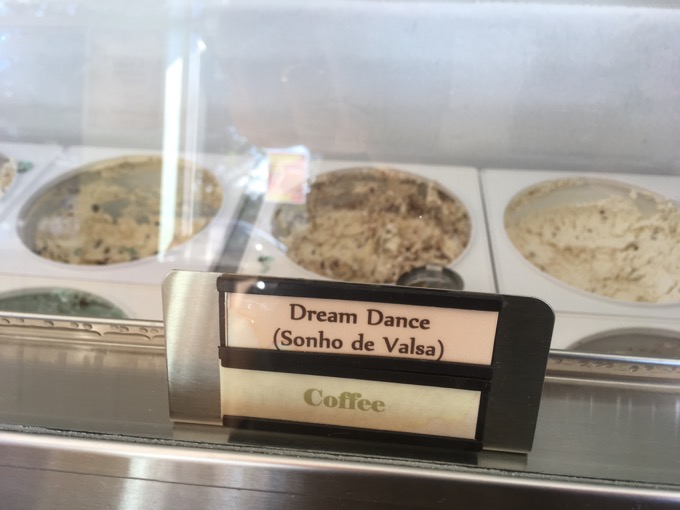 I’m sure we’ll be popping in to Dubl Twisters again in the future, and I’m sure I’ll try some other new-to-me flavors along the way. I’d recommend you do the same. The place was neat and clean and the service was friendly and quick.