This 2014 page is embarrassingly old and out of date and surely unfair to what DuVig is today in 2020. A revisit and update is in order. I’ve edited and retained this page for historical purposes, and will add to it after another visit. 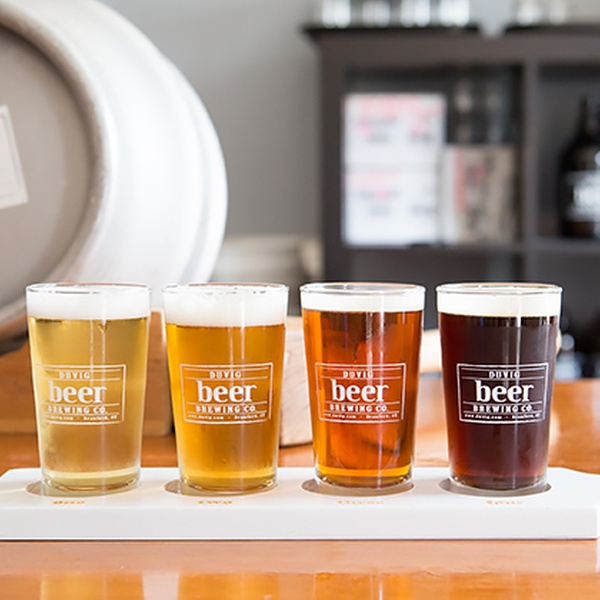 DuVig just opened a month or so before this, my first visit. However, I see no reason why that should matter to me, to them, or to you. I’ve visited several brand new breweries. Some seemed like old pros and some were decided amateurs.

DuVig? DuVig was solidly in the middle. Nothing was wrong and nothing was insanely awe-inspiring. As I pulled into the non-descript business park lot, I’ll let them tell you how they came to be:

It was a dark and stormy night. The wind was howling. The snow was biting. And the beer was flowing. Amidst the Blizzard of 2013, trapped in their neighborhood with nothing to drink but their own homebrew, the Dugas and Vigliotti families realized there were few options for full-flavored, easy-drinking beers as good as theirs. It was on this night that DuVig Brewing Company was born.

DuVig sort of just “appeared” on the scene, with very little build up. That’s pretty rare in this social media age in which we live. I kind of liked that about them. “Oh look, another new brewery popped into existence overnight!” The element of surprise is missing from this sort of thing. So thanks, DuVig! 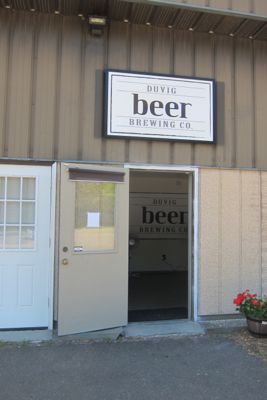 The small tasting room allows for maybe 15 people to stand around and sample the beers on offer. The brewery itself can be seen through an open door and it looks like they have room to expand, should market forces demand such a thing. DuViggian children were playing amongst the tanks and tuns.

I was served by an older woman (though not “Old!” just older than the usual servers at breweries!) who was most interested in how I’d heard of them. “Um. Social media I guess?” I offered. Dan and Kim Vigliotti were also there, along with their infant in a comfy little buzzy chair. These were my kind of people – gotta take care of the kids above all else.

I had a nice chat with Dan who asked me why I was taking pictures. I merely said that I like to take pictures and that was that. That’s just who I am and who I always will be. I’m not being shady… Just shy I guess. That, and I like to get the “every man” experience everywhere I go.

And DuVig is just DuVig. Unpretentious and straightforward. They opened with three ales: cream, brown and pale. All three are session ales with low ABV’s – and their entire philosophy states they will only do sessionable beers:

DuVig Brewing Company has a simple brewing philosophy; produce quality session beers that are brewed to style Our beer is easy-drinking yet full of flavor without the high alcohol content. We brew beer that is ‘true to style’ and won’t leave you guessing.

We’ve gone through the hop-heavy/DIPA trend and now are in the midst of a small sour phase. Up next? Session IPAs and goses (in my opinion). DuVig has appeared on the scene perfectly positioned to capitalize on this next wave of session ales.

2020 Update: the preceding paragraph is funny to me. I had no idea what was to come in the world of craft brewing over the next six years; ridiculous pastry stouts, absurd lactose and candy ales, stoopid fruit slushies… Just goes to show you, don’t listen to me. The following paragraph is funny too… a “risk” in 2014? Now, 70+ in-state breweries later…

And if they brew them with robust flavor and high quality ingredients, then I totally get it. It’s a risk, I think, to pigeonhole their entire brewery on this session philosophy, but really… opening any kind of brewery now is a risk.

I shared a video of my son with Dan and Kim. I never share random videos of my kids to people I don’t know…. And that’s the thing. DuVig was very welcoming and friendly and open about their businesses plans and brewing processes. 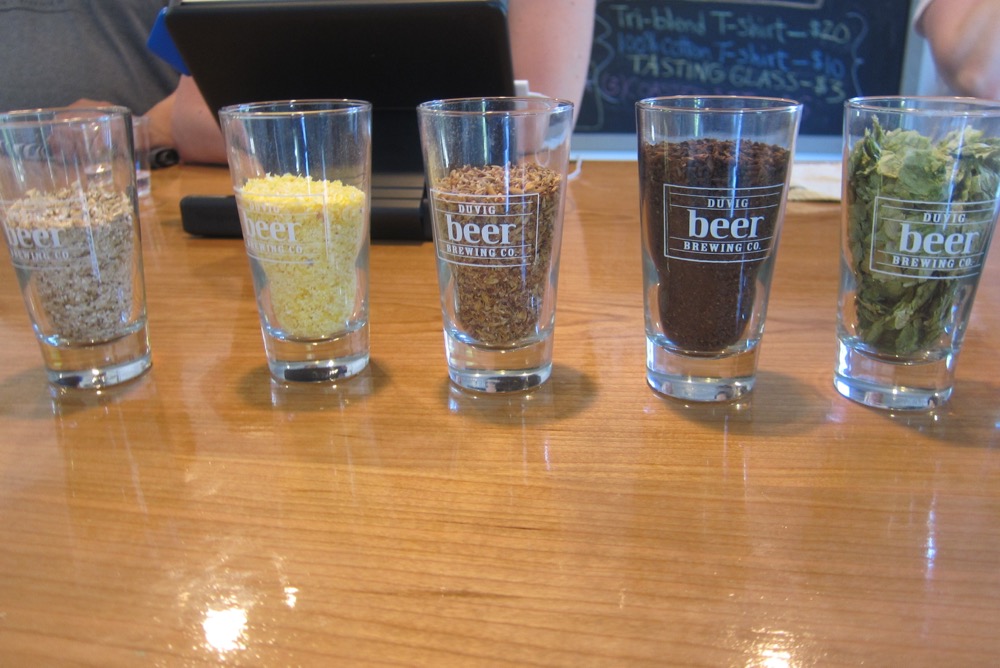