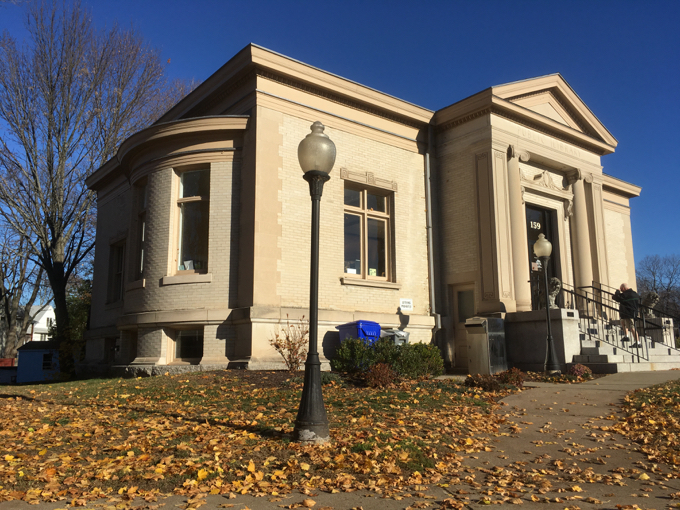 I think it’s worth noting the Connecticut Six. So here we are, at the corner of Pearl and Franklin Streets in Enfield. I merely rolled down my window and took a picture.

1910: Andrew Carnegie gave $20,000 to the town to build the library. Local native John Pickens negotiated the proceedings with Carnegie.

1914: The new library was dedicated on February 27th and opened on May 5th.

1920: A German 77 cannon that had been captured at the Battle of Argonne was placed on the library lawn and dedicated on November 11th. (It was later broken up and used for scrap during World War II.)

1967: A new centrally-located library for Enfield was built on Middle Road.

The library celebrated its 100th birthday in 2014 and the Courant had a nice little article about it.

Carnegie Libraries that are still Libraries in Connecticut