A Good Way to Spend a Day Off
Ferris Acres Creamery, Newtown
August 2013

“Hey Steve, why haven’t you gone to Ferris Acres yet? Bueller? Bueller?”

My answer is always the same, “Oh but I have. I just haven’t written about it yet. I’m waiting for a Ferris Day Off.” My point is that Ferris Acres commands a lot of devotion from its fans. This is evident almost any hour of any summer day when you pull into the parking lot and see the line. 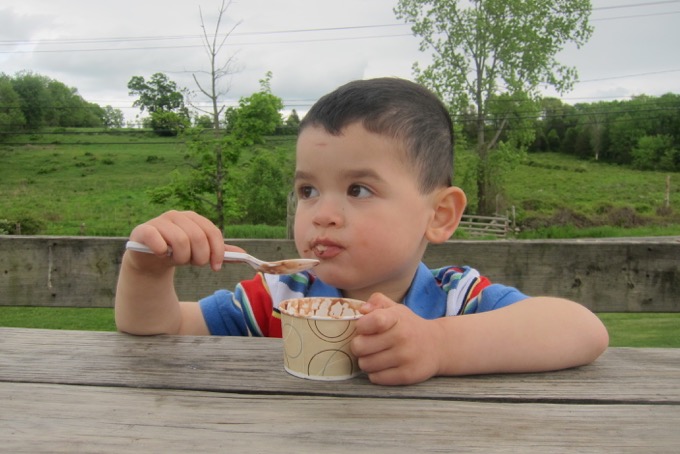 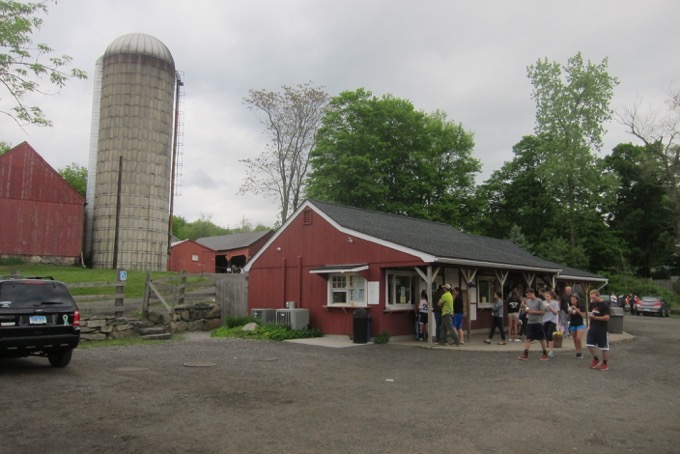 Located on a country road in Newtown, this place wins tons of “best of” awards year in and year out. It’s easy to see why: the setting is quite nice and the ice cream is delicious. I’m not sure what more you’d want out of a local creamery.

(Although, I’ve often had this nagging feeling that Ferris Acres devotees may be unaware that there are several other awesome ice cream places in Connecticut at true farm settings. Oh well.)

Ferris blends the traditional with several modern twists on flavors. Their offerings are extensive and creative. Sometimes, they perhaps get a little too creative, like in the fall they offer a flavor called “Oh Snap” – great name! – which is pumpkin ice cream with gingersnaps. While I’m sure many people love this flavor, I’d rather eat the parking lot before this one. 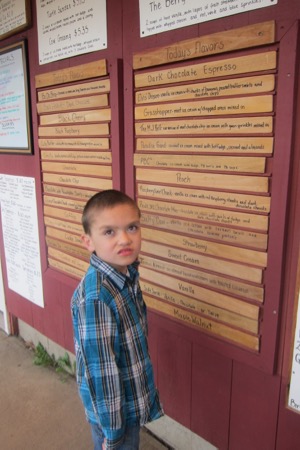 But look at everything else! Almost too much goodness to choose from. So while you’re trying to do that, let’s learn a bit about the history of Ferris Acres.

In 1864 William David Baldwin Ferris, a descendant of the first Ferris to arrive in Newtown around 1703, purchased the farm.

Really? I didn’t mean 19th century history. Geeze. Okay, we’re establishing that the Ferrises have owned this land for forever. Got it. 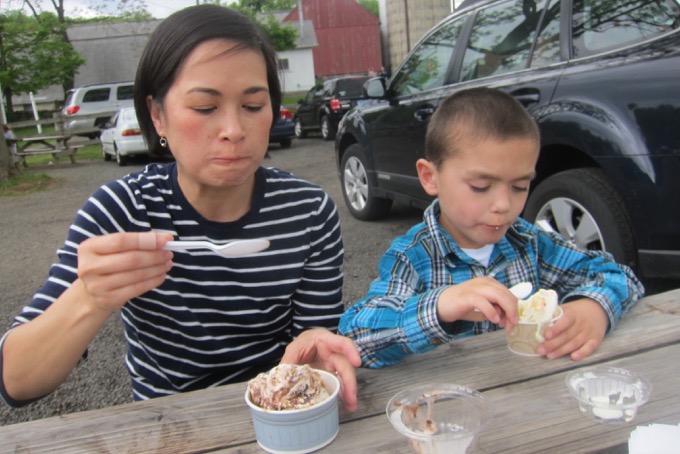 He established a family tradition in agriculture that has been adopted by at least one family member of each succeeding generation. His son, Charles D. Ferris, Sr. grew apples and raised beef. Charles D. Ferris, Jr. in the 1930’s began the transition to dairy specialization. In the 1950’s, Charles D. Ferris III purchased registered Holstein cows to upgrade the herd and introduced modern technologies in crop, environmental and herd management. Several conservation projects and improvements and expansions to the facilities followed as three generations worked together.

In 1996, Charles D. Ferris IV (Charlie), Brendan, and Colleen joined their father to form Ferris Acres Farm, LLC. In March 2003, Shirley, wife of Charles III, joined the LLC and Ferris Acres Creamery was established. She developed several original recipes for our unique ice cream for on-farm sales. In 2007, Terry, Charlie’s wife, became general manager of The Creamery and off-site sales were added to the business repertoire. 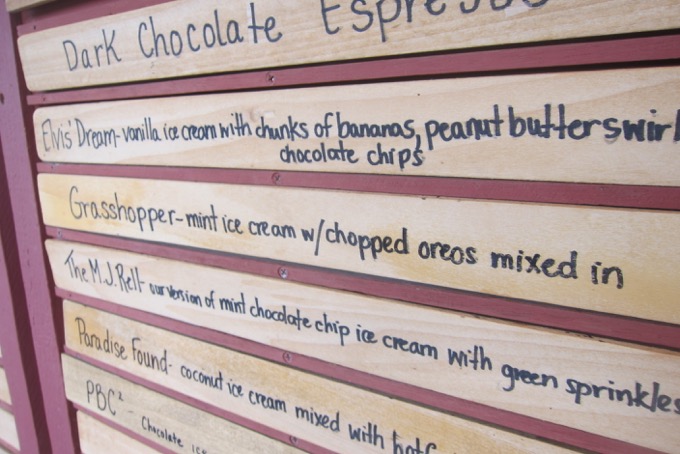 Cool. Yes, you can buy Ferris Acres’ ice cream all over Fairfield County if you know where to look. And there probably aren’t lines at those other places.

The whole Ferris Fam still works on the farm and perform various dairy/farm/creamery duties. Perhaps this is why people love this place so much – a deep appreciation for a family sticking to farming in and age (and a state) where that is become more and more rare. 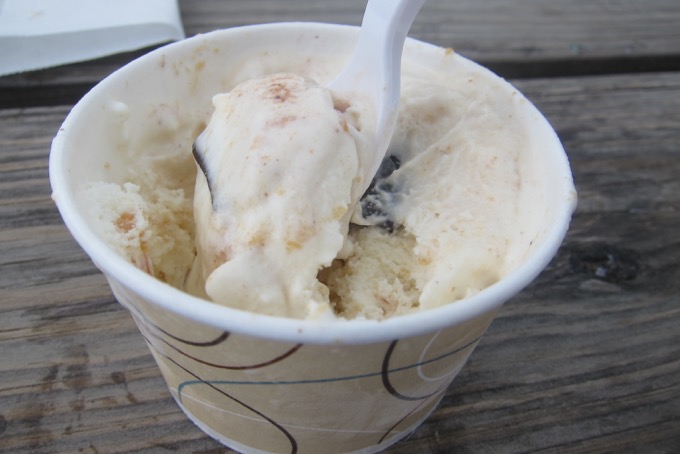 Who knows. Oh, they have something to say about that? Cool…

With the addition of the creamery, Ferris Acres offers a unique opportunity for the public to get a glimpse of how one family strives to maintain a profitable farm in Connecticut. It is our goal to provide a venue where our customers can enjoy a view that includes farm animals, pastures and fields, and pragmatic farm machinery operation while tasting made-on-the-farm frozen desserts.

In March of 2015, the Ferris Family sold their milking herd. We kept 50 animals; we are not selling the farm or the Creamery. With the Ferris guys making more and more ice cream, there has been a shortage of labor on the farm. So we’re taking a sabbatical until the grandsons get done with school. In the meantime, we are looking into building a bottling plant on the farm, to bottle our own milk and making some soft cheeses.

Where will we get the cream for the ice cream? From the same place we have been right along– Guida’s Dairy. In the past our milk was sold to a dairy cooperative and then pooled with other farmers’ milk and sold to Guida’s, where the cream was separated, pasteurized and homogenized. We then purchased the cream and made it into ice cream at the creamery.

You can still sit and watch the cows graze in the pastures while you enjoy the ice cream, the same as it has always been. 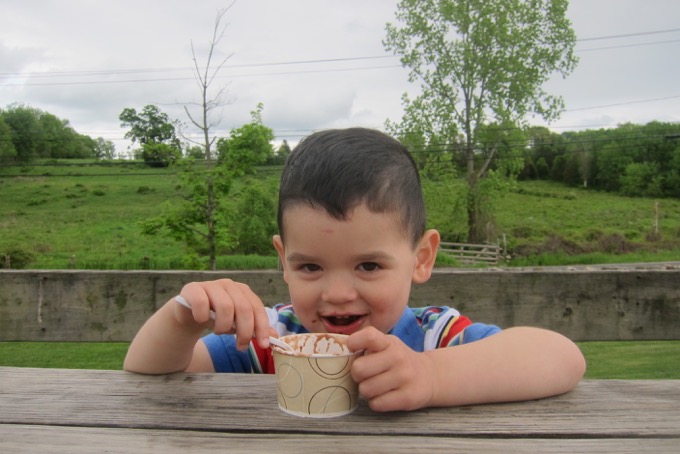 Interesting. And I appreciate their honesty here. One must wonder how many other local creameries sell cream to Guida’s only to buy back pooled cream from them later. Nothing wrong with that of course… just sort of interesting.

As you can see from the pictures, Hoang and the boys loved their Ferris Acres ice cream. I felt that some of the picnic table placement in the parking lot was rather lame, but certainly not something that will keep us from many return visits. 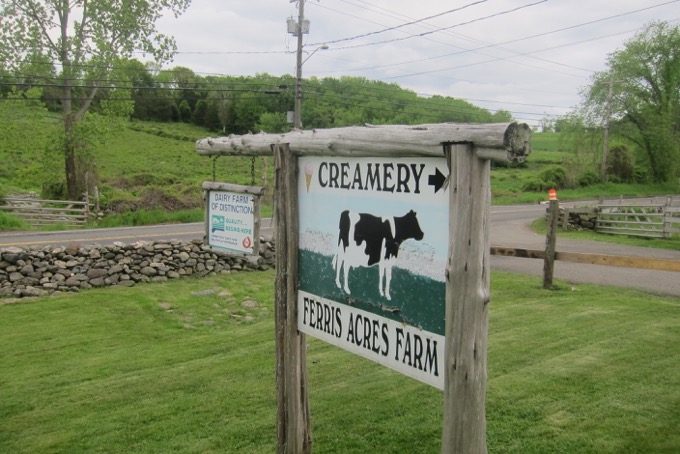