CTMQ > Everything Else > Religious > God’s Acre

I’ve always said that if Israel is the Judeo-Christian god’s “promised land,” then he’s never been to New Zealand or Provence or the Alps or Hawaii or… pretty much anywhere else in the world. 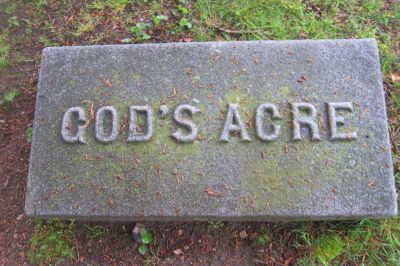 But after visiting His Acre in New Canaan, I’m beginning to think the Big Guy just isn’t all that well versed in real estate.

After all, God’s Acre is only half an acre. As if anyone needed further proof that real estate in lower Fairfield County is insanely expensive – even Yahweh gets ripped off.

This is one of those things that I noticed on Google Maps while plotting my route to the town’s historical society museums. After all, it’s not every day we get to walk on holy land in the liberal haven of New England. 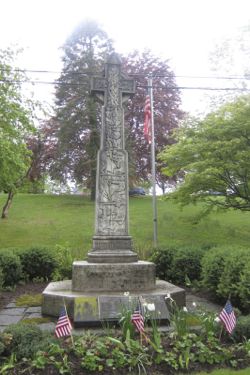 As you’d expect, there’s a litte history to this little green triangle which is just north of the “downtown” area of New Canaan. According to the always impeccable Wikipedia, the term “God’s Acre” come from the German Gottesacker, which means “Field of God.” It is an ancient Germanic designation for a burial ground – and not necessarily a measurement of area.

And that’s what this little spot used to be – a cemetery. None other than the New York Times (GottesPaper) has weighed in on this, noting:

I blithely assumed that New Canaanites, much in the same manner that Southerners wax eloquent about God’s Country, had named this part of town out of pride for these magnificent white edifices (I’ve even heard the town touted as ”the next station to heaven”). So it came as a jolt to discover that God’s Acre (actually a half-acre) was thus designated because it began as a cemetery.

After the headstones and bodies were moved elsewhere, moreover, the area was overgrown by brambles. Yet, because God’s Acre was one of the first sights greeting visitors to town, cleanups and new plantings starting in 1877 gradually gave it a face lift.

According to that Times piece, the town turns out for Christmas caroling at God’s Acre every December, at the foot of the three white churches on the hill.

And let’s be honest, those hedge-fun managers have a lot to be thankful for. 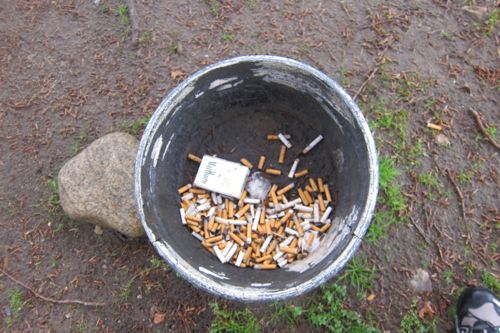 This beautiful religious shrine is, I swear to He Who Owns This (half) Acre, 5 feet from the first picture on this page.