(For more on the hike up and the state park, Go here. This page is only about the tower.)

The 34 foot high stone tower at the summit of Haystack Mountain (1716 feet above sea level) allows visitors to see Long Island Sound, the Berkshires, and peaks in Massachusetts and New York. 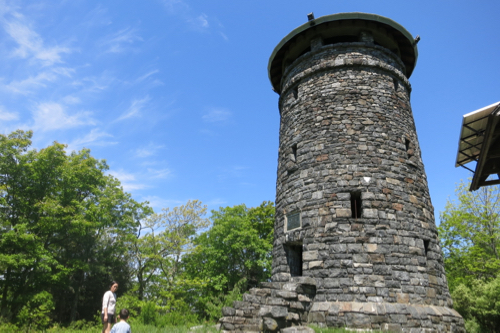 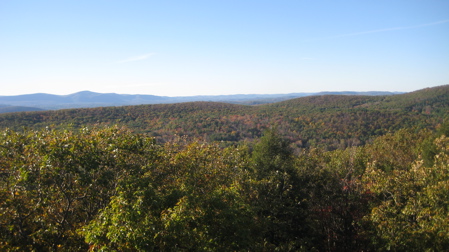 October is the only month during which the park’s one road is open to car traffic. Throughout the eleven other months, one must either hike up the road (maybe about a mile) or better yet, hike up the trail all the way from Route 272. It’s not a brutal hike by any means as it’s pretty graded most of the way. 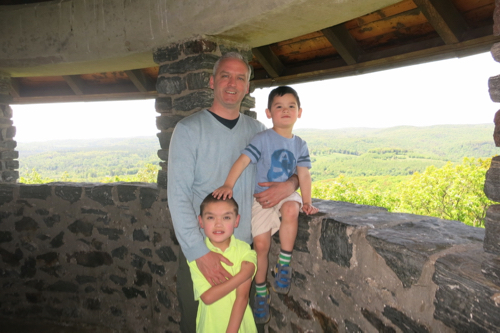 (I want to mention the nearby Dennis Hill State Park. There’s a pavilion on top but no tower and I thought it was worth noting, as it’s beautiful. Check it out here.)

Again, I’ve written much more about Haystack Mountain on other visits.