I live in West Hartford, about an hour away from Kent. So why in the world did I go to Lake Waramaug twice in 3 days? Especially when we had no plans to even go at all two days prior? 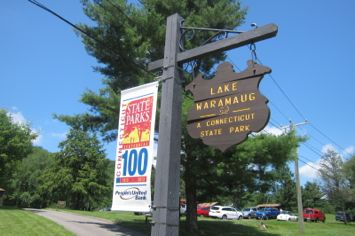 Friends, this is what life is all about. Life with kids anyway. When you are thrown more twists and turns than there are on the road around Lake Waramaug, you roll with them. You make the most of them and if you’re good, you end up enjoying them.

And really, there aren’t too many places in Connecticut more enjoyable to “accidentally” end up at than Lake Waramaug two times in three days. Let me explain… 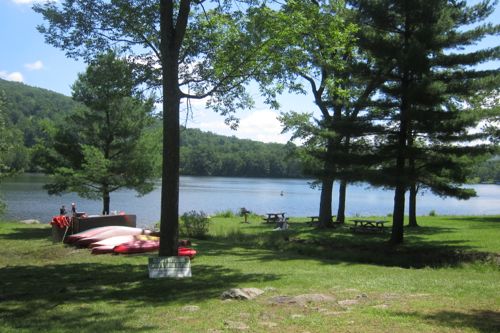 Hoang and I had taken Friday July 5th off for ourselves. With Damian at summer school/camp and Calvin at daycare, this was to be “our” day. Lazy coffee, Bantam Bread Company (one of our many visits here), Hopkins Vineyard wine (old visit here), Arethusa Dairy (old visit here), lunch in Litchfield center, massages at the Litchfield Hills Spa, ice cream at Peaches and Cream (visit here), perhaps even a delicious craft beer at Back Stage in Torrington… What a wonderful day. 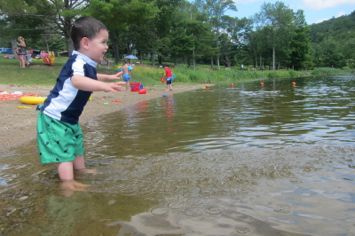 Then Calvin’s daycare’s air conditioning system failed and we suddenly had a third wheel. A cute third wheel, sure, but relaxing bliss at the spa was not to be.

So what the heck, I decided we’d still pretty much do it all and substitute some beach time at Lake Waramaug for the spa. It was a heck of a lot cheaper anyway, right?

Armed with our BBC dirt bombs we rounded the beautiful lake and I sort of showed off my knowledge of Washington hiking to Hoang. I showed her the Macricostas Preserve as we passed the hills and explained how “up there,” the view of Lake Waramaug is incredible. 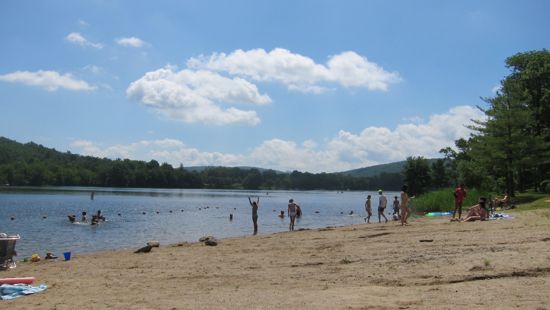 The state park is pretty tiny, and the beach is even tinier. The only activities here are camping, canoeing and swimming. There are no trails to hike at all. The parking lot is primitive and the outhouses are disgusting. I didn’t mind.

Aside from the hard sandy area, there is plenty of grassy shade around for people to chill. Old people like it here. 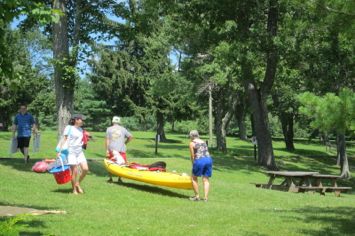 The water is quite clean for a lake and the soft bottom is superior to the jagged rocks at the Sound. The un-lifeguarded swimming area is shallow and calm. This makes it ideal for the little one. We really enjoyed ourselves and it was nice to be out alone with Calvin – we forgot about the spa stuff pretty quickly.

Waramaug is the name of an Indian chief of the Wyantenock tribe who had hunting grounds near falls on the Housatonic River, now referred to as “Lover’s Leap”, in the town of New Milford. Chief Waramaug and his followers wintered in the area now covered by Lake Lillinonah, which was later created by damming the Housatonic, and made Lake Waramaug their summer residence. 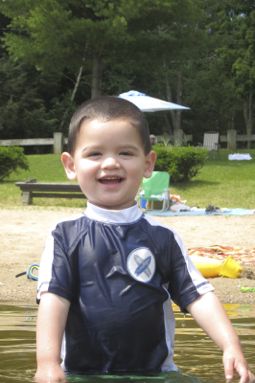 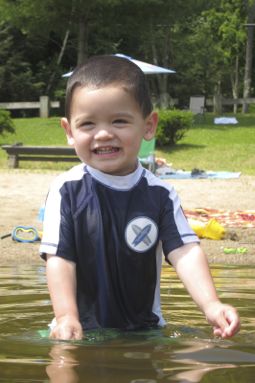 The state wrote that sentence and it’s pretty bad. Contrast that with the Wikipedia volunteer who, while discussing the southern end of the lake, “In 2010, the Town of Washington separately completed major reconstruction of the adjacent, hitherto forlorn town beach at Lake Waramaug, which may be used only by Washington residents and their guests.” 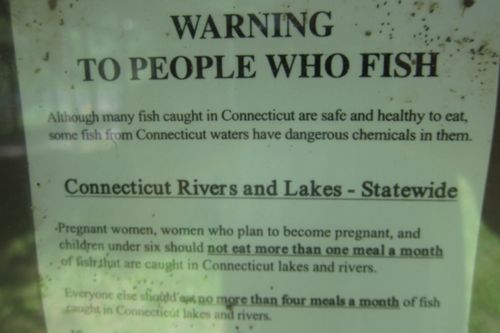 The hitherto forlorn fisheries of Connecticut

The three of us packed up and drove up the hill behind the northern end of the lake to enjoy a glass of wine at the aforementioned Hopkins Vineyard. His older brother has been to every winery in the state, so why not get Calvin going? That’s normal, right?

So I took this picture of him playing a game at a winery and proceeded to leave my camera on the bar while paying. Whoops. 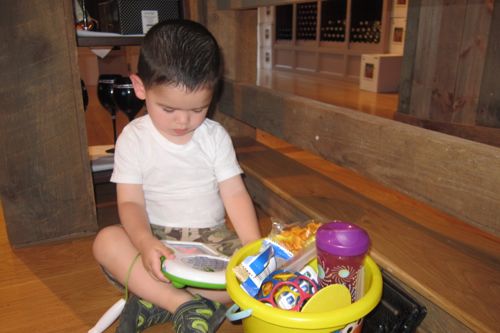 At lunch in Litchfield – hey, I TOLD you we were going to stick to our plans as best we could – I called Hopkins and they promised to hold it safely until I could return for it.

And two days later, there we were again – now all four of us – setting up shop on the tiny beach at Lake Waramaug. While the boys swam with Hoang I went over to the winery, grabbed my camera (and an illicit-on-the-beach bottle of rose) and returned for four more hours of lake swimming frolic.

And thank goodness too, because I was able to take this picture: 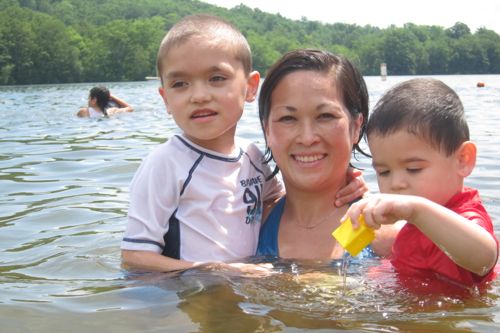 The lake is in three towns: Washington, Kent and Warren. None of them is big on developing the lakefront and as a result, there are pretty much no commercial entities along the road around it (the state park does have a little snack bar). There is a lot of undeveloped land and a fair share of modest (looking, not costing) houses around the lake. But not too much.

The towns greatly limit boat travel on the lake and highly regulate pretty much everything that gets put into it. And you know what? THAT’S WHAT MAKES IT GREAT. It’s peaceful, beautiful, green and healthy.

Definitely one of our favorite lake swimming spots in the state… so much so I didn’t even mind two unplanned visits in three days. 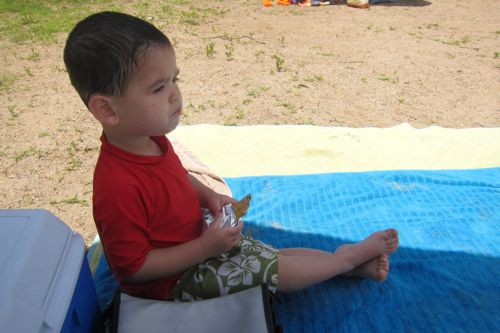