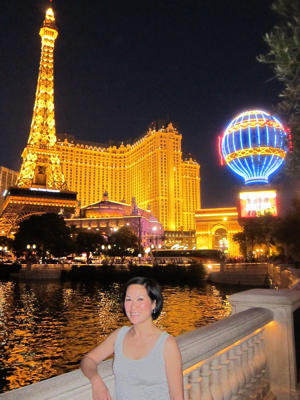 I had a work conference in Las Vegas so I asked my parents if they could deal with our sons for a few days to allow Hoang to join me in the desert. Note: I asked them 13 months in advance and got my sister, who lives very near my parents, to agree to assist as much as possible. All was set and we flew to Sin City… Alone! Happy! Excited! Nothing could go wrong!

Except for the part at the baggage check in Philly where some idiot rolled a suitcase backwards into Hoang’s foot, painfully and imprecisely peeling her big toenail back like a jack-in-a-box lid flipping up and over backwards. Hoang, ever the trooper, took a few moments to enter a meditative state before we moved on to the security line and finally the plane.

She didn’t cry or complain. She’s amazing. Especially because I cried and complained when, upon arrival, we embarked on a four-hour personal expose of all that is wrong with the US healthcare system. I won’t burden you with the details, but it was one of the more ridiculous and frustrating afternoons of my life. We finally found a walk-in clinic doctor who took our insurance who was open.

Las Vegas is lame. I’ve never liked it as I don’t like gambling and I abhor tackiness and gaudy crap. Vegas revels in tackiness and gaudy crap. But, if you seek out the good stuff and avoid the endless sea of creepy Sand People forcing prostitution ads into your hands along the streets, you can have a good time. (Even if your wife can’t wear the 17 pairs of shoes she brought let alone go dancing in them because of her lack of a toenail.) 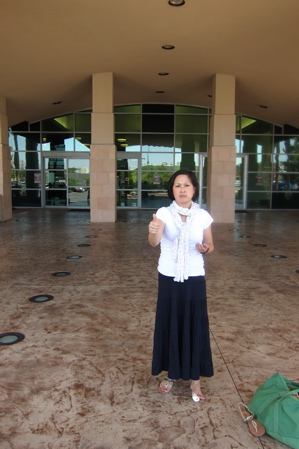 Sad busted toe thumbs up… This was after a stop at a hospital where the ER was filled with meth freaks and we were told it would be “easily two hours” before she’d be tended to. We moved on. 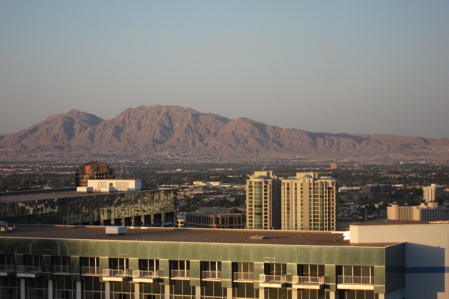 The view out of our window. Sunsets were very pretty. 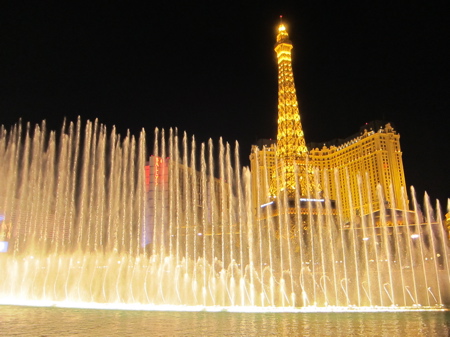 People are amazed at the Bellagio water fountain show. I was not. 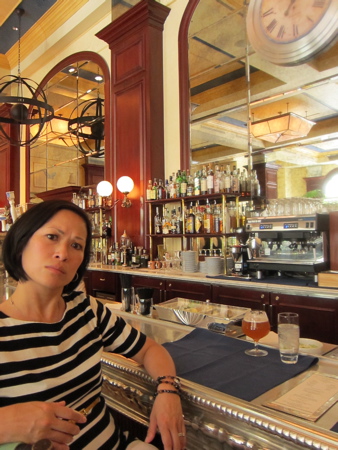 Not sure what she was going for here… But I like it. This was at Thomas Keller’s Bouchon, hidden far, far into the depths of the Venetian 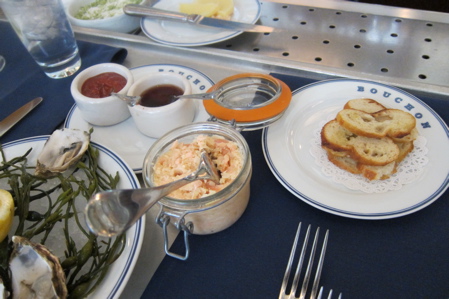 Go there. Find it. Seek it out and get the salmon rillettes. Best food in the world. (We ate at a couple other celebrity chef places. I have no pictures though so who cares.) 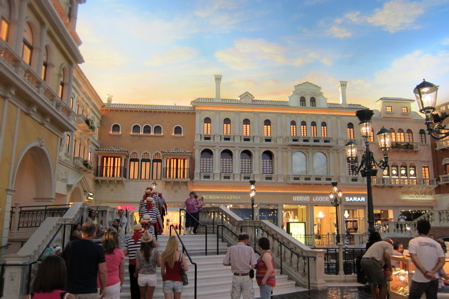 I thought the fake inside/outsidery of the Venetian was impressive. Hoang did not. 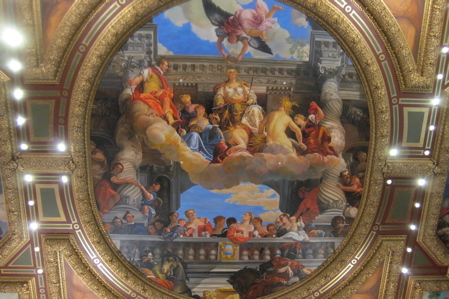 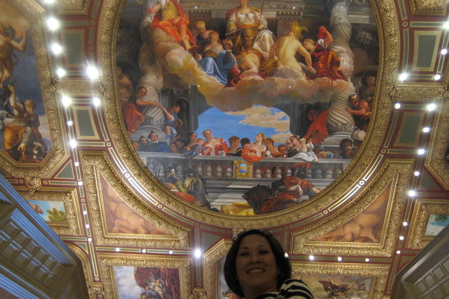 This one pops up. But I didn’t feel like figuring that out.

There it is. Las Vegas.