The Extra ‘s’ Makes it More Special. Or Funnier.
Lucas Douglass’s Monument to Himself
December 2016

Avid CTMQ readers know that I’m not a cemetery guy. But you also know that there are several interesting cemeteries around the state. And within some of them, there are uniquely fascinating stories. 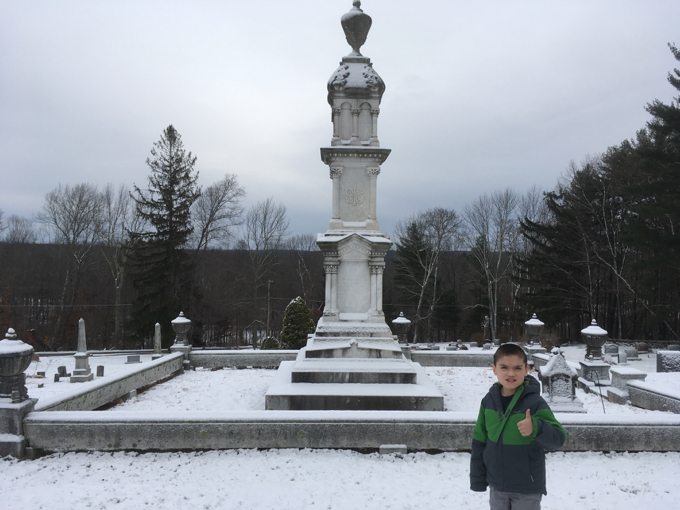 Never heard of him? That’s fine. He wasn’t famous at all. (And, as a CTMQ reader, you’re here to learn about quirky stuff like this.) 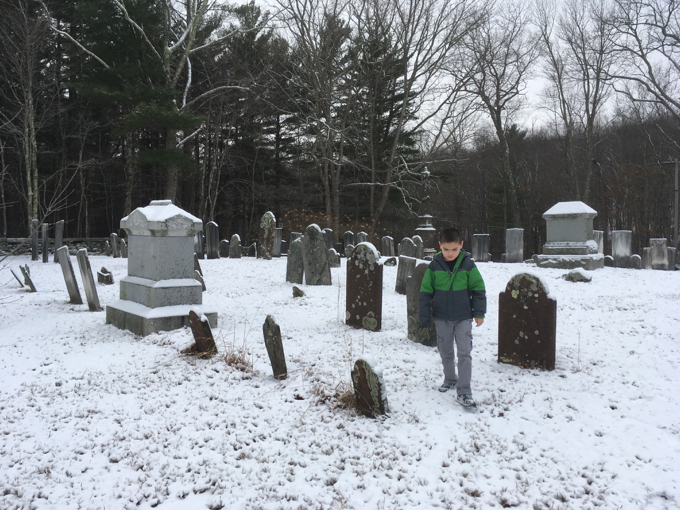 I first learned of this grave from an old version of Curious New England. Here’s what it had to say:

Lucas Douglass never married. He had no friends and no family. On the cold night of December 5, 1895, the seventy-two-year-old man was found dead, alone and penniless, on the street in Ashford. 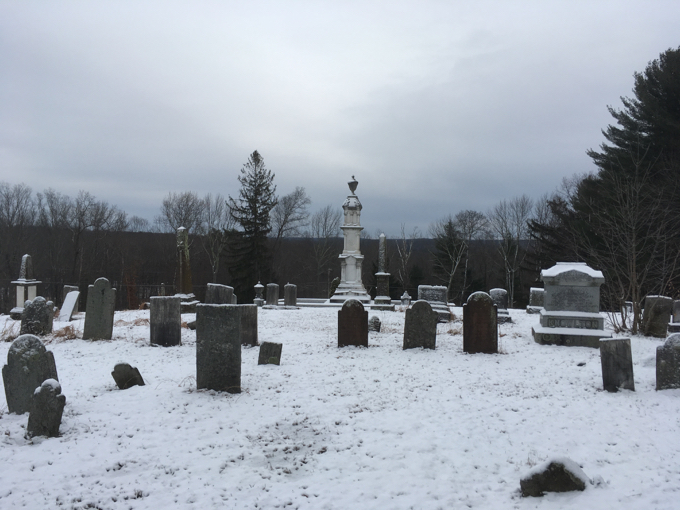 A couple of thoughts here. One, I imagine the author is being, um, creative. He or she has no idea whether Mr. Douglass had any friends and I doubt they looked up the weather reports from December 5, 1895. And Ashford probably didn’t even have streets in 1895. 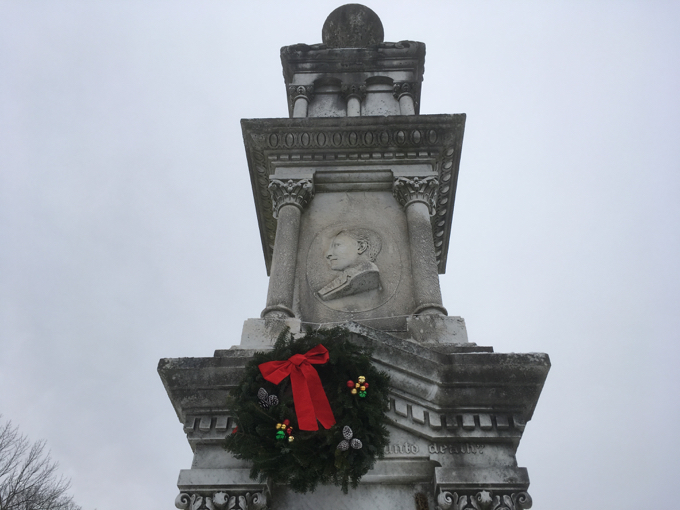 He had died in utter poverty. Or so people thought, until someone discovered his will. Mr. Douglass had left thousands of dollars to erect a monument to himself. It was to be thirty-four feet high, made of Italian marble, and would include a headstone, carved urns, and a 140-foot stone wall around the entire plot. It bears the portrait of Mr. Douglass, an epitaph – “I have heard Thy call” – and various other inscriptions that he had selected long before the fatal night. Though overlooked in life, each year hundreds of tourists visit Lucas Douglass’s elegant monument. 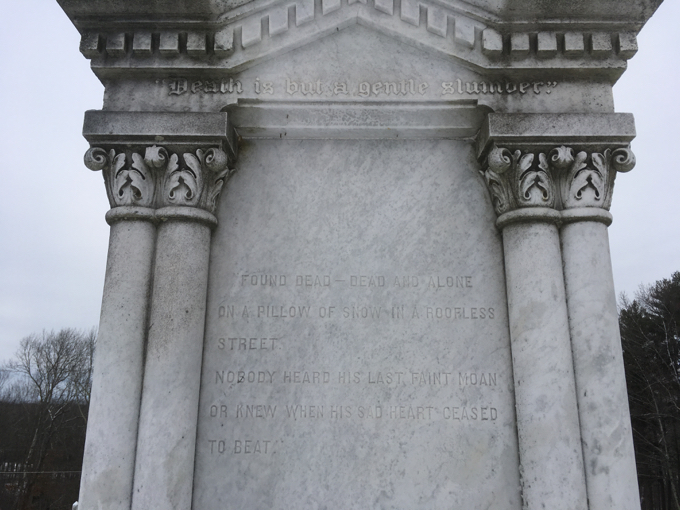 Oh COME ON. “Hundreds of tourists?” That’s just absurd. As lovely as it is, and as interesting as this story is, who in the world is venturing out here to see this thing?

And Damian. My poor son. 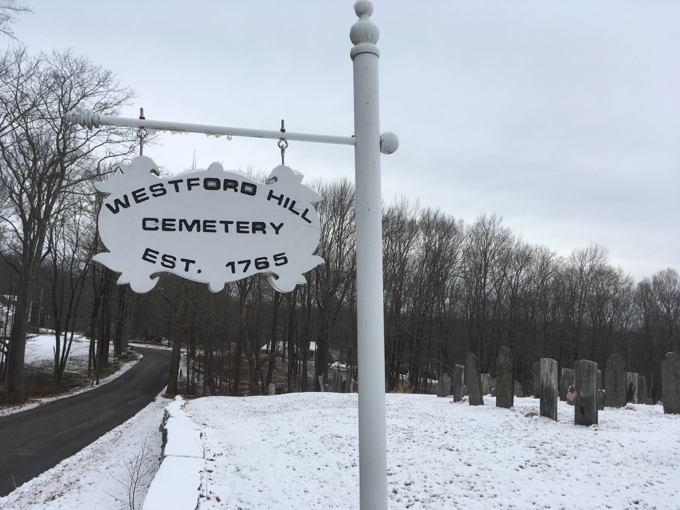 Mr. Douglass lived from 1823 to 1895 and I buy into the story about him living a pauper’s life. He supposedly willed his entire fortune to the construction and maintenance of the resting spot. It’s located in the little Westford Hill Cemetery and is impossible to miss once you go there.

And you will go there, you tourist, you.