I found this tucked away dairy purveyor on only my second try. Quite frankly, if they didn’t have the name of the road they were on, I don’t think I’d ever have found them. Their web presence is lacking to say the least. (Although, at least now they have some – a year ago when I first heard of them, there was none.) 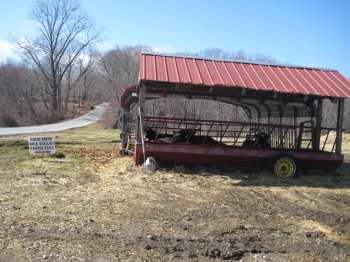 On President’s Day, after taking Damian to the open house at Graywall Farms, I wove my way through the snowy country roads of Lebanon. Every other one was dirt/snow covered (a month after the last storm), but I eventually found one end of Levita Road and drove its length down to Colchester. No cheese.

But there WAS a sign noting that there was, somewhere on Levita Road, a place selling Milk, Eggs and Cheese! It existed! (Somewhere.)

So I drove all the way back up the road, noting a farm but also noting that on freezing cold federal holiday Mondays, at least, it wasn’t exactly inviting. I filed the near-miss away in my brain and went home. 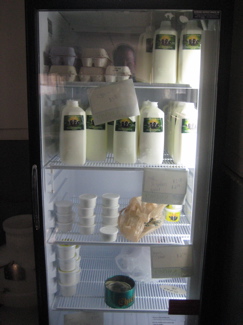 About a month later, I found myself back in the vicinity – this time on a Saturday, on our roundabout way to the Hebron Maple Fest. If this place existed, it would have to be open today. The drive up through Lebanon from exit 22 off of route 2 is long, winding and really quite pretty in its own way. I avoided a couple more dirt roads and eventually came to the southern (Colchester) end of Levita Road again and crossed my fingers.

I sped along Levita and eventually came upon the farm I’d noted a month earlier. Aha! The Milk, Eggs and Cheese sign was now out in front of the building! Success! 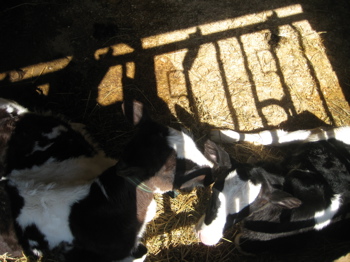 Before entering the building, I was greeted by an overly friendly farm cat while I checked up on a couple calves lying in a stable. Mama cows were happily eating lunch and all looked in order.

Like many of these tiny dairy farms, this place is a serve and pay for yourself enterprise. One glass-fronted fridge held everything for sale. I was only interested in the cheese offerings, so I ignored the milk and tried to discern what cheeses were available.

The Ladies of Levita – which, by the way, I’m not sure if they are the cows or the owners – don’t offer up much explanation for their cheese products. In fairness, I’d guess that 99.9% of their walk-in customers are Dwellers of Levita Road who need no explanation. No one drives down this section of road by accident.

[Update: I just read that “M&K Dairy Ladies Of Levita Road is run by Mike Shaw and Kim Abell” so I guess the cows are the eponymous ladies.] 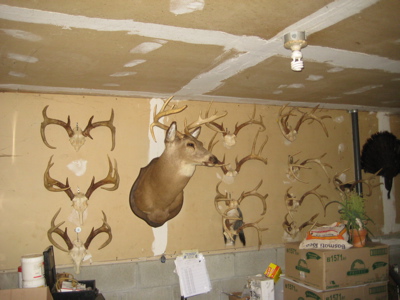 Don’t mind this room next to the cheese fridge.

In fact, I don’t really know what I bought – or what else I could have bought. They had several little containers of flavored soft cheeses. I’m guessing it’s all cow’s milk cheese here, but who knows. I bought a wasabi soft cheese – it was almost like a chevre. I did find this picture from some website [No longer exists in 2019] that lists some of the ladies’ types of cheese. I’m so bummed they didn’t have any camembert or tomme for sale during my visit.

I’ve never had a tomme, but it sounds intriguing – and relatively low in fat, which I’m all about these days: Tomme is a type of cheese, and is a generic name given to a class of cheese produced mainly in the French Alps and in Switzerland (and, randomly, Lebanon, Connecticut). Tommes are normally produced from the skim milk left over after the cream has been removed to produce butter and richer cheeses, or when there is too little milk to produce a full cheese. As a result, they are generally low in fat. 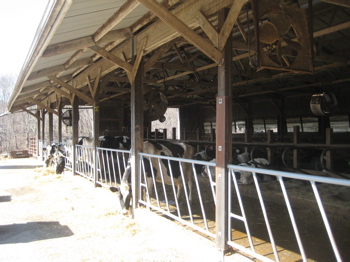 And I’ve never heard of a local camembert. I see these guys are at farmers markets from time to time, which is probably when they trot those bad boys out. Anyway, I grabbed the wasabi “spread” as they call it and a full-fat fatty fat fat Greek style full-on fat plain yogurt. Why? Because a day in some cheesecloth to drain out the liquid and I had some awesome yogurt cheese.

All that needs is some salt and whatever other subtle spices you like with some oil on a cracker and man, that’s good stuff. 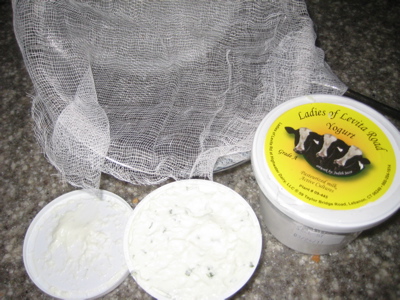