I am terrible at marketing and promotion when it comes to CTMQ. Just not my thing. I keep telling myself that the words I put on the pages will speak for themselves. 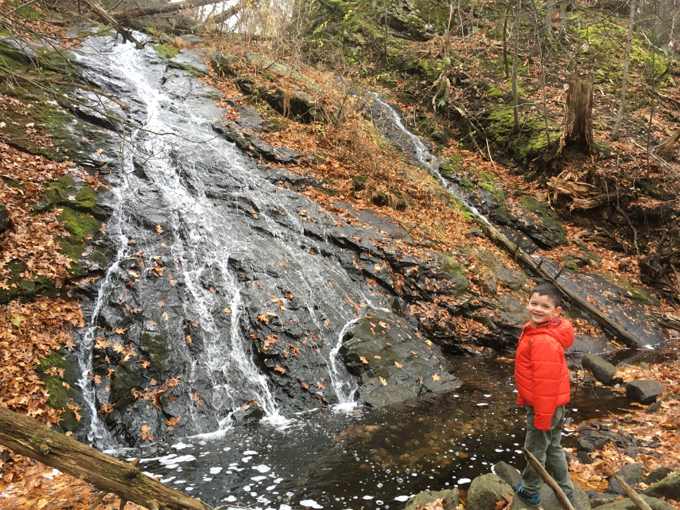 So to have me politely suggest that the Manchester Land Conservation Trust should rename this property is admittedly laughable.

But really… “Spring St.- Hayden L. Griswold?” That’s pretty terrible. (Though of course I appreciate the nod to Mr. Griswold who donated the first small parcel of this property in 1980. 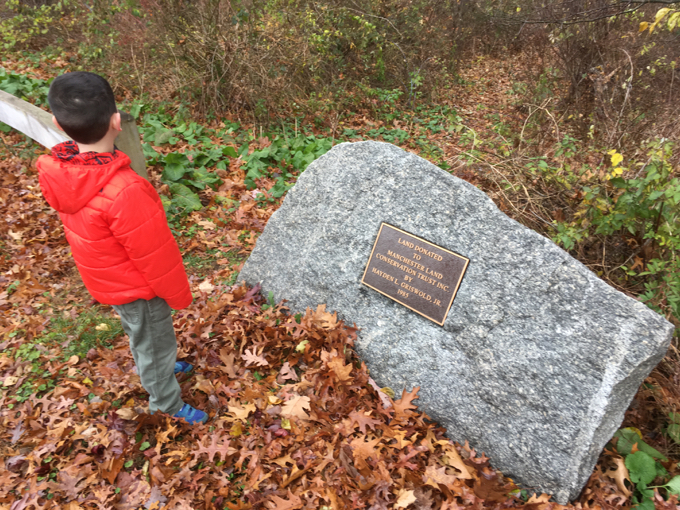 Calvin and I tackled this property during a tour of Manchester’s waterfalls. This is the only one that requires any sort of effort, but we were game. 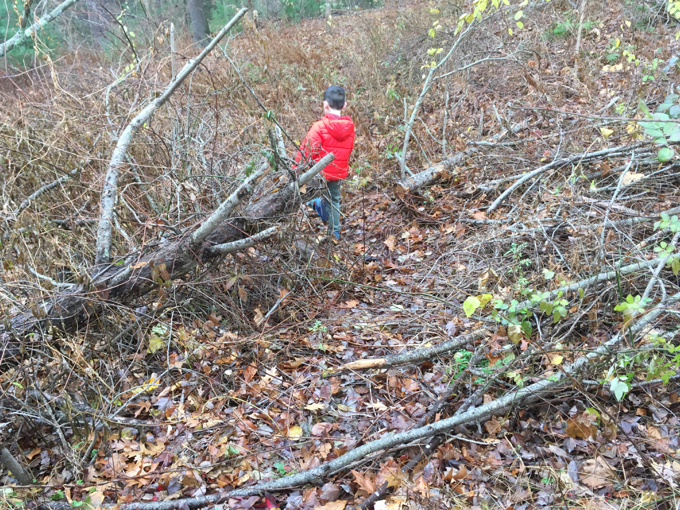 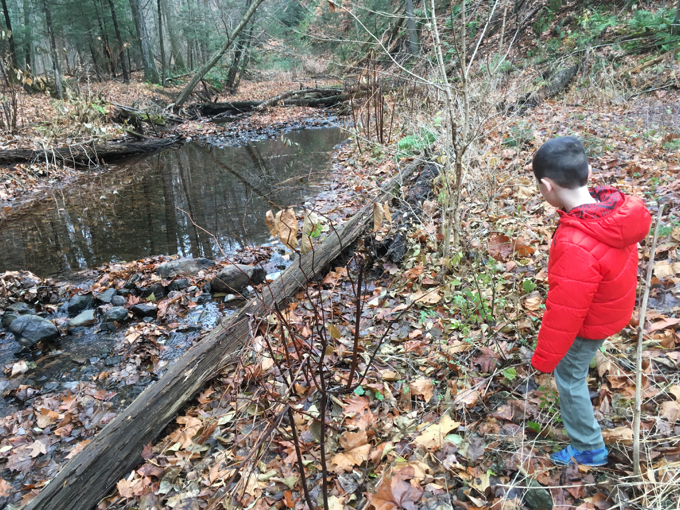 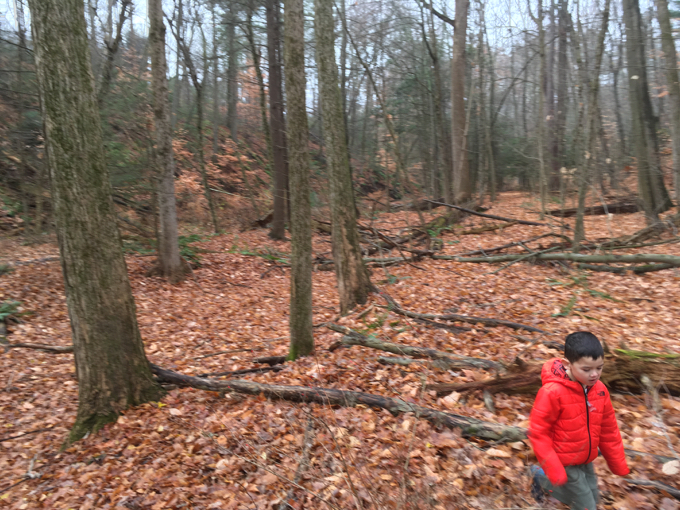 Over and under some blowdowns and before we knew it, we were standing at the base of a fairly impressive waterfall. 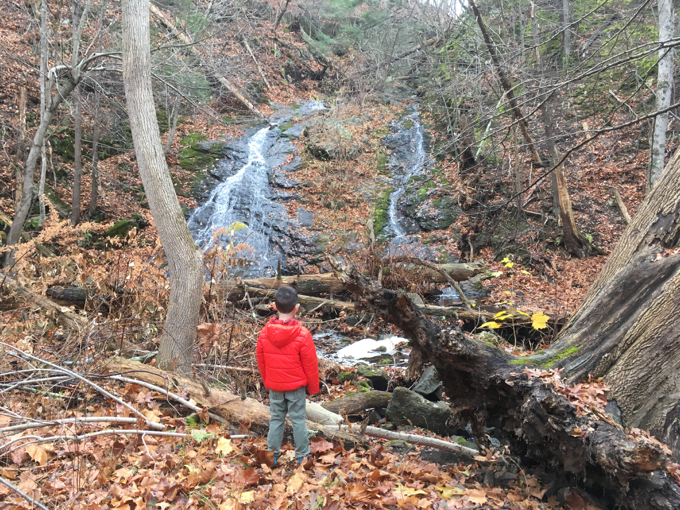 Which is fine by me. I rather like the “hidden” aspect of this place.

There is a weird fascination with a copper mine that was once active in the exposed rock walls along the brook. I have no such fascination. There was an old copper mine here, but it’s been covered over and no one really remembers anything about it. 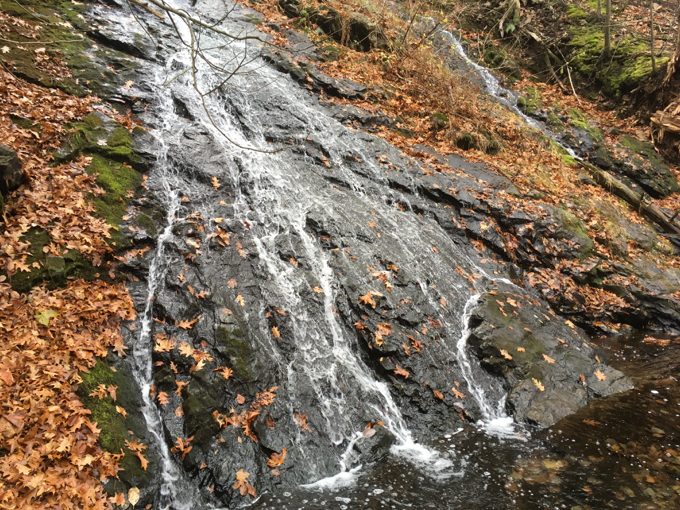