How Dar-ien You
The Stepford Wives, 1975

Rare is the movie or book (both, in this case) that creates a new, universally used way to describe something. Sophie’s Choice was certainly one. The Stepford Wives is another. I remember listening to Howard Stern in the 1980’s and 90’s talking about his ex-wife’s circle of Long Island friends as “Stepford Wives” (among more colorful descriptors.) 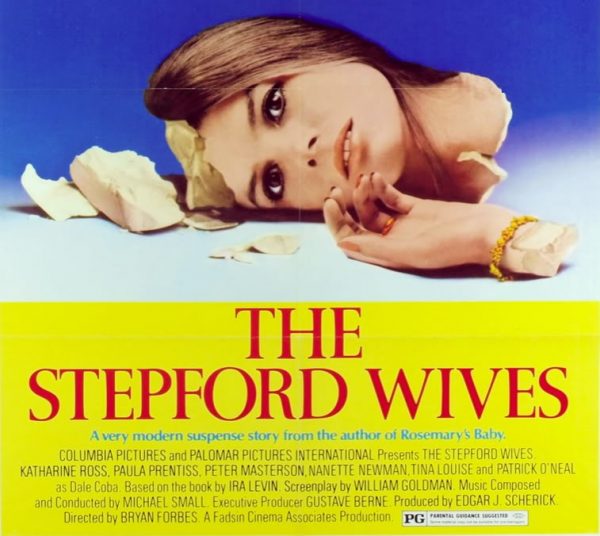 For our purposes, I only watched the movie but did not read the 1972 satirical thriller it was based on, written by Ira Levin. And I haven’t seen the 2004 remake either. Hey man, I don’t have infinite free time and decisions have to be made.

Ira Levin also wrote Rosemary’s Baby, but with The Stepford Wives, he went with a subtler approach to what defines the horror genre. And what is more horrific than suburban lower Fairfield County? KnowWhatI’mSayin?

The reason this page exists on CTMQ is because the movie is set in Connecticut. Beautiful, wealthy Connecticut. But where, exactly? We’ll get to that in a bit. First, I suppose I should actually review the movie.

Joanna and Walter Eberhart move out of Manhattan to the greener pastures of Stepford, Connecticut with their children and their dog. (One of their daughters is played by Mary Stewart Masterson!) Joanna is a photographer, and is never quite as resolute about the move to the suburbs as her husband. But she strives to make it work.

Almost immediately, Joanna notices the town’s housewives are… odd. A little too beautiful (Tina Louise!) and seemingly only exist to please their husbands and do housework. Most of them anyway. She befriends a fellow feminist/artist/free spirit named Bobbie Markowe and they begin to unravel the town’s mystery.

Then stuff happens. Most of you know this movie or at least its premise and it’s absurd in many ways. Everyone is a caricature. The men and the women. We’re led to believe that the men of Stepford actually want robotic slave wives that are quite prone to glitching out. Yes, the wives here are robot versions of the real women who were once inhabitants of the town.

But the Fairfield County community is so perfect and so lovely that intelligent Joanna and intelligent Bobbie don’t quite figure out its secret until it’s too late. Which is absurd. They get Bobbie first and then after a valiant fight, Joanna is abducted and murdered and the movie ends with robot Joanna. Spoiler alert. 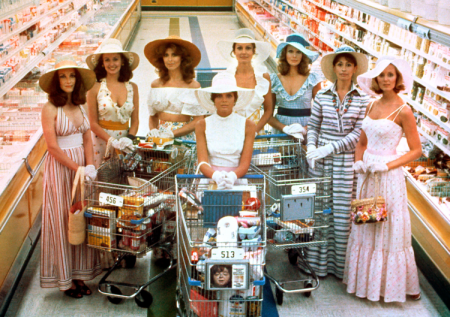 I still found it an oddly enjoyable movie, but it’s the Connecticut-ness of it that has brought us here. For decades it was always assumed that Stepford was Darien. And Darien is, by far, the clear-cut Connecticut town at the top of the Stepford list:

The Eberharts neighbors are the Van Sants. Filmmaker Gus Van Sant went to Darien High School! (Don’t ask me how I knew that or made that connection, but I did.)

Joanna’s bestie Bobbie Markowe notes that her last name was Markowitz but says it was changed “for appearances”. Darien has a very well-known anti-semitic history. Author Ira Levin would know this.

A local gossip reporter in the movie notes that Stepford is the “most progressive town around,” stating that the “first Chinese restaurant in Fairfield County” was there. I’m going to guess that had to be in Bridgeport. Strike one against Darien.

There’s a shout out in the movie to Westport, noting it is a “cool, artsy community.” So we know it’s not Westport. I think New Canaan and Stamford were also mentioned by name, so they’re out of the running as well.

The Men’s Club. Darien is famous/infamous for its private clubs. They make Darien… Darien. Some, like Wee Burn, didn’t admit women until well after this book and movie. The men of Stepford are all about their men’s club. Stepford is totally Darien.

Side note: the ominous men’s club of the movie is the Lockwood-Matthews Mansion in Norwalk. In fact, this whole move was indeed shot in Fairfield and surrounding towns.

Okay, so, Darien, right? Well, not so fast. In a letter to The New York Times in 2007, author Ira Levin said that he based the town of Stepford on Wilton, where he lived in the 1960s.

He let people assume it was Darien for three decades before telling the world it was Wilton? Nah, I’m not buying it. Stepford will always be Darien in my heart.

CTMQ Rating: 3 out of 5 thumbs up
Connecticutness: 169 out of 169 Nutmegs
Filmed in Connecticut? Yes!
Wealthy Caucasian with a Big House? Yes, many 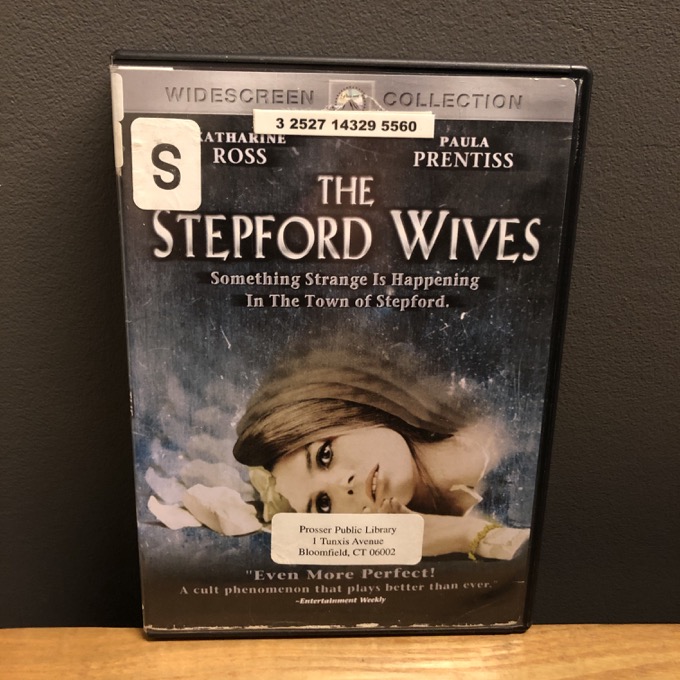