The only reason I’m writing a few words about this place is because finding most of the state’s Natural Area Preserves is a lifelong treasure hunt. Except there’s almost never any sort of reward for finding one. They are often “hidden” in the middle of nowhere in state forests or parks and aren’t on maps or noted anywhere that I can find. 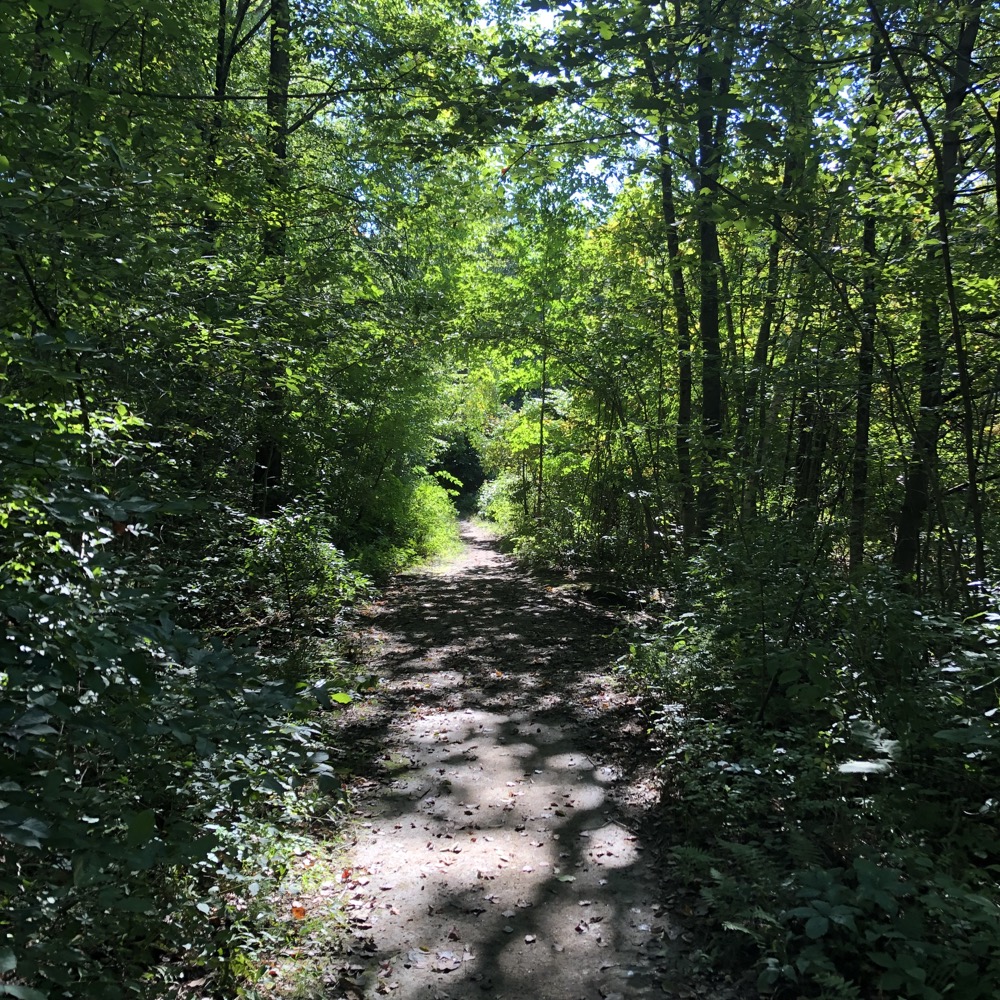 I found this one by reading through the DEEP’s 10-year forest management plan for the Nathan Hale State Forest. And that’s when I realized that I had hiked through it. And now I’m wasting our time writing about it. Hey, did you know this designation has been around as long as I have? I didn’t.

A 31-acre Nathan Hale Natural Area and 50 acre buffer strip was established on September 9, 1975 by DEP directive issued by Theodore Bampton. At the time of designation, the area was described as “old and second growth hardwoods which is of local significance and which is being left virtually unmanaged within the Nathan Hale State Forest.” The area now has additional protection by the proposed designation of the old forestland management site.

What?! What the heck is an “old forestland management site?!”

Old Forestland Management Site – DEEP Forestry has designated the 198-acre Compartment 10 as an ‘Old Forestland’ area, to naturally develop without forest management. There are 6 acres of hardwood swamp and 192 acres of upland oak and hardwood forest, including the 31-acre natural area. Classifying this area as Old Forestland does not permanently protect the compartment, as does the designation of a natural area; however, it is a management decision to allow stand succession to occur naturally without silvicultural disturbances for the immediate future.

You guys should really read more state materials like I do. You get to learn such interesting things as the differences between a State Natural Area Preserve and an Old Forestland Management Site.

As I said, I apparently walked through both down near Bear Swamp and didn’t notice. But I’m glad such places exist deep in the woods in the southeast portion of the NHSF straddling the border of Andover and Coventry. Don’t go messing about in there. Keep it natural. 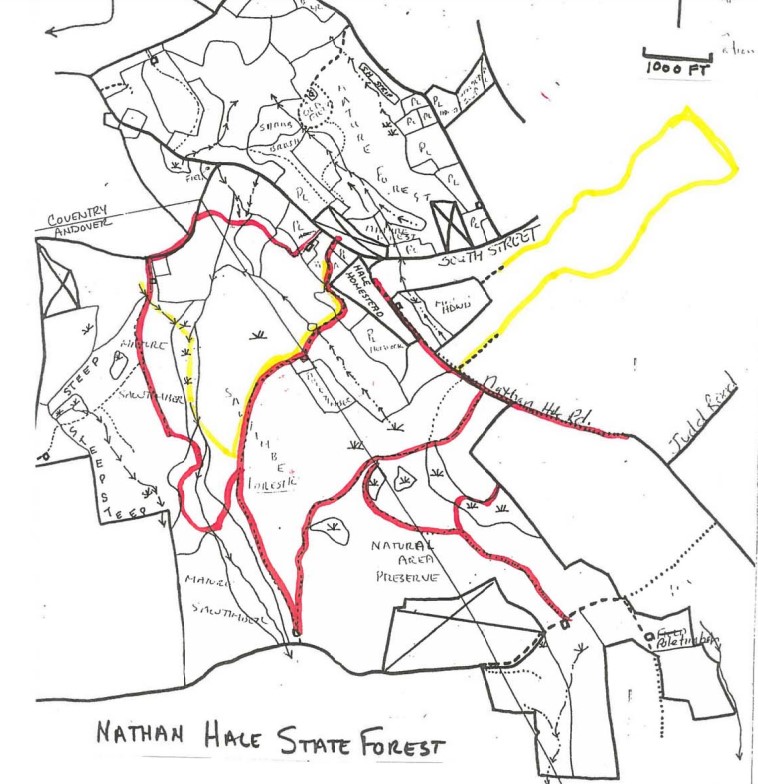 There are no real trail maps of the NHSF, but this one has the NAP on it, though not accurately.