Hardcore CTMQ readers know I love the Northwest corner of the state. Norfolk, North Canaan, Colebrook, Salisbury… The towns that no one knows exist. In fact, I’d wager that Colebrook might be the least known town to Connecticut residents. Maybe Warren. Hm. It’s interesting to think about at any rate. At least for me. 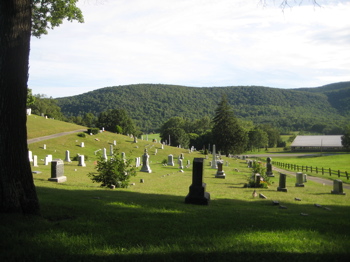 During a drive east from hiking the Catskills, I was able to stop off at Hillside Cemetery in the East Canaan part of North Canaan, right on Route 44, for the purposes of scoring another Freedom Trail site.

For those of you doing the same (yeah right), if you drive a standard car and aren’t very good at it, you may want to skip this one. The “hillside” in the cemetery’s name is not lying. The road through the graves is incredibly steep. 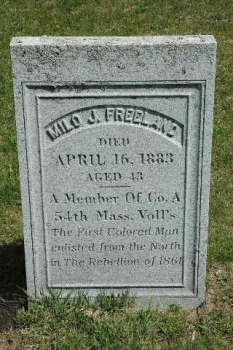 But that’s the price you must pay to check out the grave of Milo Freeland, whose story is really quite interesting:

Milo Freeland is credited with being the first African American to volunteer for the Union Army during the Civil War. He did this as a member of the 54th Massachusetts Regiment, the subject of the film, Glory. His picture appears in the book, A Brave Black Regiment by Luis F. Emilio. Originally a resident of Sheffield, Massachusetts, Freeland died in 1883 while living in East Canaan. The stone that now marks his grave was placed there in 1996 following a rededication ceremony in his honor and is located in Lot B8 to the rear of the cemetery, immediately to the right of the center driveway. 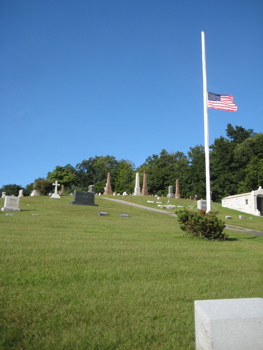