CTMQ > Everything Else > Geography > Northernmost Point in Connecticut

I Was Due North for This
Extreme Northern Salisbury, west of Route 41
August 4, 2012

I remember the moment a few years ago when I was poking around the Internet looking for information on Connecticut’s directional extremes. I don’t remember what piqued my interest, but I know I definitely wanted to find out exactly where each of our state’s -most points were. 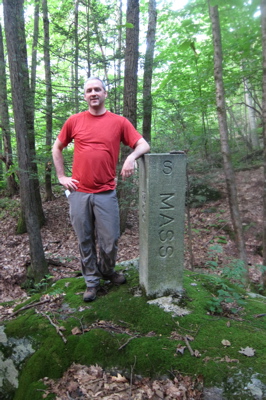 The westernmost point was clearly described and incredibly easy to access, as it’s just a few minutes off of I-684 right along NY Route 120 at the western tip of Greenwich. I picked that one off years ago. But I was only one-quarter satisfied with my efforts, as I had three more to nail down and visit.

There was (and still is) spotty information online in murky geo-nerd chatrooms and weirdo map-geek bulletin boards. But nowhere could I find clear and concise directions to any of the other three. I mean, I knew where the southernmost one was, but it was inaccessible by non-billionaires like me who didn’t live in Greenwich.

But I didn’t give up. 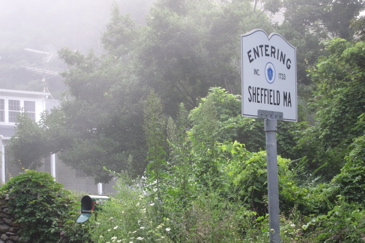 I was rewarded, finally, in June 2011 when the CT DOT published it’s totally rad State Line Perambulation report. Christmas in June. For me, reading through this thorough and fascinating account of every single Connecticut border stone gets me more excited than an unloved woman in a bad marriage drooling through 50 Shades of Grey. I probably read it twice.

The best part of this report was that it taught me things like how the border stones are numbered and lettered. That the -most points are called “Angle Bounds” and receive extra attention from the Perambulation folks. Attention like maps of their locations (!), any historical significance and, of course, pictures! Best thing our state government has done since the Charter Oak.

This being Connecticut, how inaccessible could the N, S or E-most points be? It turns out that it depends on your definition of “access” and “trespassing.” For the northernmost point, now that I’ve found it, I can tell you that it’s easily found without trespassing and I strongly urge you to be careful not to do so.

I, however, took a more adventurous route. (There are actually several routes one could take to say that there is NO ONE more northerly than they are at that moment in the entire state of Connecticut. Which, let me tell you, is a great feeling. I’m not too concerned about detailing our way into the woods because really, how many people seek out the northernmost point of Connecticut?)

This is actually the route that the DOT Perambulation report maps out. On Route 41, right at the state line with Massachusetts, sits The Option Institute. Opinions vary widely on whether this is a great self-help/autism-curing (ahem) place or a cult. Neither side argues over the fact that it’s incredibly expensive. And now having driven onto their property, I can tell you it’s very well-appointed and they are quite clear about their privacy. Like, for instance, read this bit about the place “being tighter than Fort Knox.” 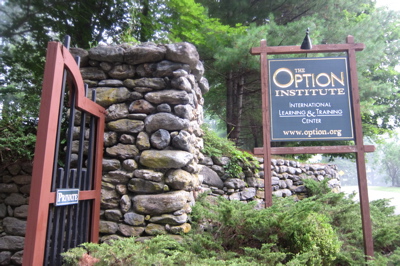 But it was 6AM on a Saturday and we meant no harm and the gates were open. Now at least you know why my trail pictures are all so blurry. I was scared. The DOT map in that Perambulation guide is not to scale nor to reality. But it’s good enough. The map at the information kiosk deep inside the Options compound is not much better, as it maps a trail “to the Appalachian Trail” that simply doesn’t exist where it says it does.

As a result, the three of us actually wandered about on a few different roads looking like idiots. Perhaps idiots who were in need of multi-thousands of dollars worth of “Happiness is a Choice” programs… Because we were left alone. But we were definitely NOT alone. 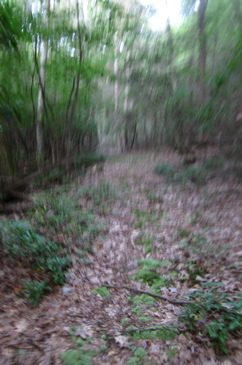 Here’s the deal, don’t do this, but if you do and the cult there kidnaps you and forces you to find Angle Bound #196, park at the lower lot near the info kiosk. I’d suggest bushwacking south towards Sages Ravine before which you’ll cross a trail. Sort of. Whatever, you don’t want to go down the ravine, so before you do, head west. Due west, up on the northern side of the ravine.

Once past a tributary, you’ll end up on a real trail with benches and everything. Avoid eye-contact with anyone wandering about. Look like you’re supposed to be there. At some point (it’s only 1/3 of a mile, almost exactly, from Route 41), you’ll come to a crossing trail with black PVC piping. Go left (south) down towards a shallow ravine. Dont cross any waterways once you turn south, as you don’t need to.

Voila! That border monument is your prize! Rejoice! Now hightail it back to your illegally parked car. The border monument was set August 1, 1907. The boulder it is set in was marked “1803” on the southeast face by the joint commission of that year as the point which they identified as the most westerly point marked by the Connecticut-Massachusetts Commissioners of 1717. How wrong they were.

Note: We survived unscathed, which was good because we had a long day of geo-adventures ahead of us. 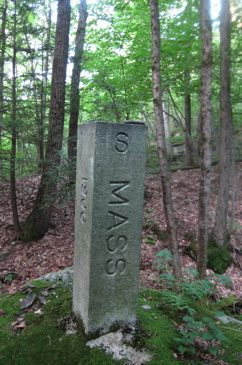 I noticed that out on Route 41, just south of the Option entrance, there was a small dirt pull-out and what appeared to be a trail. I would bet that this trail parallels Sages Ravine and becomes the trail described above. It must. Take this route, although once you hit that trail with benches, after crossing a stream, I believe you’re still actually a trespasser. Jerk.

3 Days Later Update: So yeah, looks like this route is valid, now that I’ve found this little site out.

Take the same mystery trail that may or may not really exist up Sages Ravine. Stay on the South side of the ravine, pass one stream coming in from the right (north) up until a second decent tributary comes in from the right (as you’re looking west). Follow that stream up (northwest) and then take the next right branch as well. Follow it for a minute until you hit the border monument. Stay on the south side of it as I believe once you step foot into Massachusetts, you are trespassing. In the middle of the woods in a stream in the middle of bushes.

I may lead this hike someday, again perhaps for charity, because it’s fun, really pretty, somewhat challenging and knocks out 4 CT extremes in one nice hike. You can start/end this in several different places of course, depending on car spots and such, but basically, a combination of the Undermountain Trail, the Appalachian Trail over Bear Mountain (highest summit in CT), then over to Mt. Washington Road via the access trail and up to the south shoulder of Frissell (Highest point in CT) and down to the NY-CT-MA tri-point and back to the AT, up to Sages Ravine then bushwack a (very) short distance down the ravine east to the northernmost point and down the Ravine to Route 41 again. 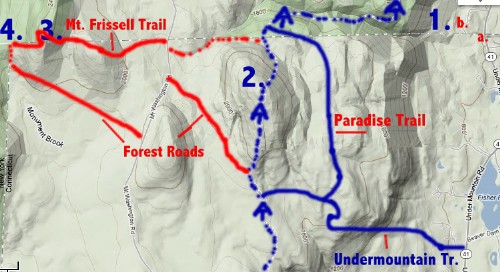 I’d totally like to do that someday. Probably make it more of a figure-8 hike from Mt. Washington Road though. To help you out, referring to the above map I did a terrible job of:

I should note that if you look at an accurate map, even Google Maps, you can see the slight angle of this most northern of points. It’s legit.

Okay, look. Doing what we did really, really bothered me as it does go against my personal and hiker ethics. I do not like to trespass (which, by necessity, became a recurring theme on this Geo-Adventure day) and I was uneasy throughout. Seriously, don’t do it. Private places are private for a reason. Follow the third (or fourth!) set of directions and you should be okay.

I should mention, lastly, that I felt less bad about our trek because of their awful claims of curing autism through happiness and nonsense. So take that, Options. 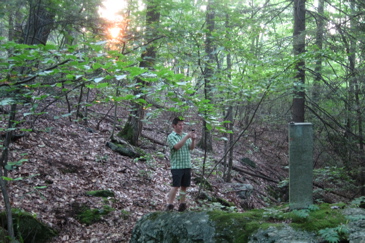 Scott: North… Actually, he’s in a relatively not really all that southern bit of Massachusetts. Yes, I care.