You may question the inclusion of Putnam’s Department of Motor Vehicles satellite office on the esteemed pages of CTMQ.

But c’mon. How could I not memorialize this anti-edifice here? I’m fascinated by it.

You see, it’s a trailer. 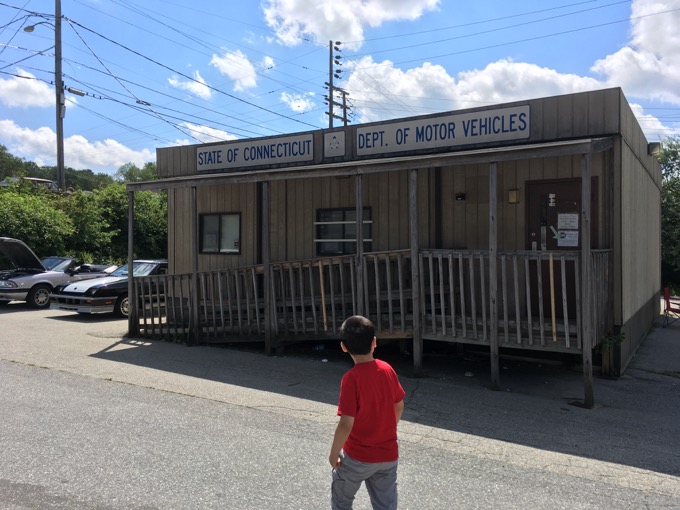 An important state of Connecticut office building is a trailer. An ugly, tiny trailer.

I have not seen every other DMV office in the state (nor is it on my to-do list), but I’m going to guess – actually, I just looked on the DMV site and found pictures of all the other offices – satellite and otherwise – and nope, no other trailers.

Though I see the temporarily closed one in Derby is in unused train station. That’s kind of cool. A bunch of people fainting there from the heat in July 2017 was not.

The Putnam trailer office was slated to close in 2011 as part of budget cuts, but the people of the Quiet Corner prevailed and kept it open. (Otherwise, folks in the northeast corner would have to drive to Norwich for their DMV fix. Ugh.)

Lucky for them, they still get to stand outside (there is no room for even a line of 1 person inside. Remember, it’s a trailer.) in Putnam. 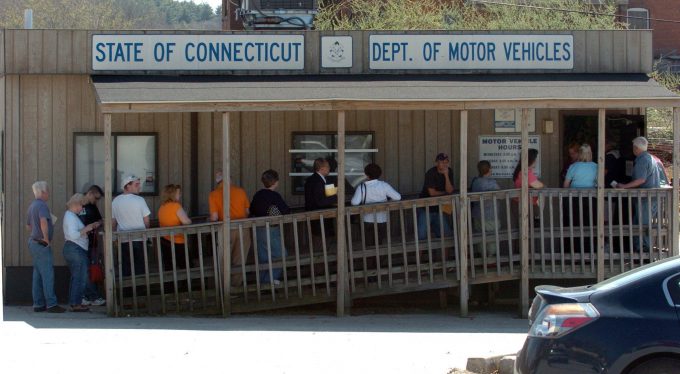 And check it out! Instead of making the poor folks wait outside in the blazing sun or snow or rain, it appears someone kindly built a roof over the walkway to the door.