See my subtitle above? It’s accurate. This little preserve in Suffield has a nice little parking lot. There’s also a nice sign. And a little bench overlooking a marshy pond. If you happen to be driving by along Copper Hill Road in West Suffield and see the lot and sign, go ahead and stop. Breathe the clean West Suffield air. Look at the little pond. 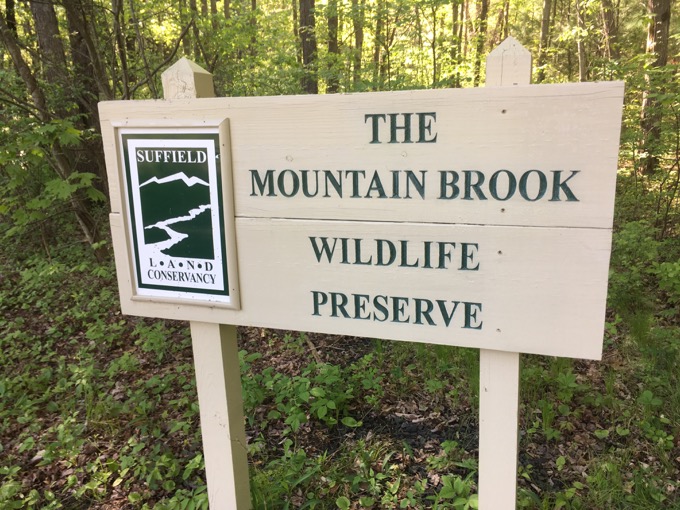 Then get back into your car and continue on to your destination.

As longtime readers know, I often wind up hiking through little properties that most normal people don’t seek out. I’ve found some true gems, many “nice enough” little places, and a few clunkers. And while Mountain Brook falls into that last category as far as hiking goes, that doesn’t mean it’s not an important 27 acres of Connecticut. 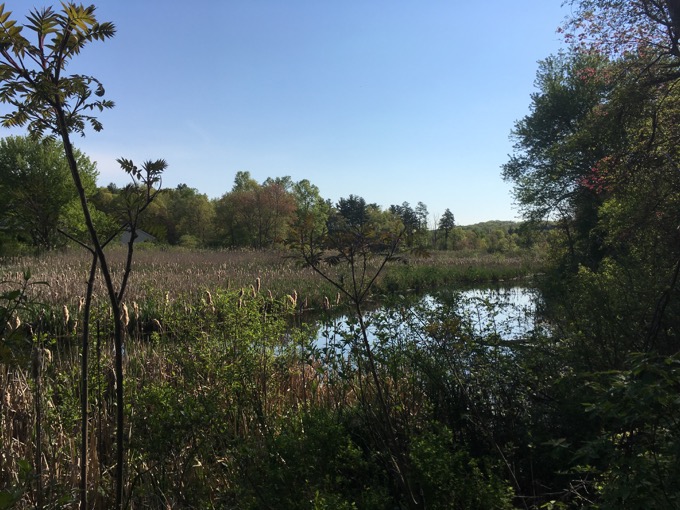 Pond at the preserve’s entrance

Many land trusts and land conservancies protect land for reasons other than my personal enjoyment… as surprising as that is. They are often wildlife corridors, wetlands protection, or other equally important things of that nature. So while my hike was fairly lame, I don’t mean to give the impression that the parcel itself is lame.

Does that make sense? Good. 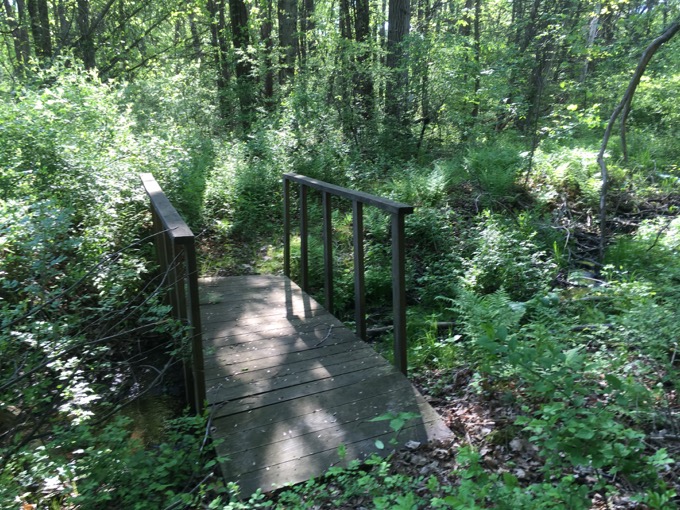 Even if it doesn’t, I assure you it makes far, far more sense than the Suffield Land Conservancy’s property listings. My word. This was my very first traipse through one of their properties and quite frankly, I have no idea how many of them will be worth my time.

Access to the property north of the Mountain Brook is from Copper Hill Road south of lot #21 along the brook, opening up to the wider section behind lots 21, 22 and 23. Access to the property south of Mountain Brook is through the parking area located on Copper Hill Road or through the narrow strip of land located between lots 26N and 28N on Old Farms Lane. 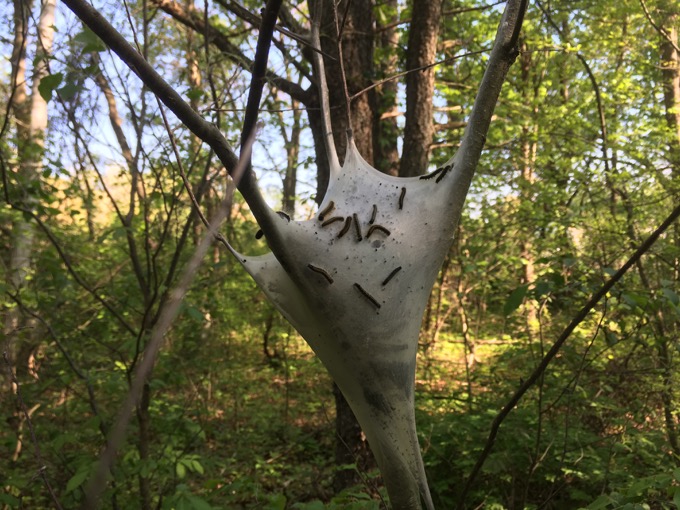 That sounds easy enough, but the lot numbers don’t mean a whole heckuva lot to someone without a Suffield map with all the lots mapped out. Those numbers do not refer to street addresses. In the case of this place, the (nice!) lot with the (nice!) sign made it fairly easy. Stay tuned for future attempts at other places in town… 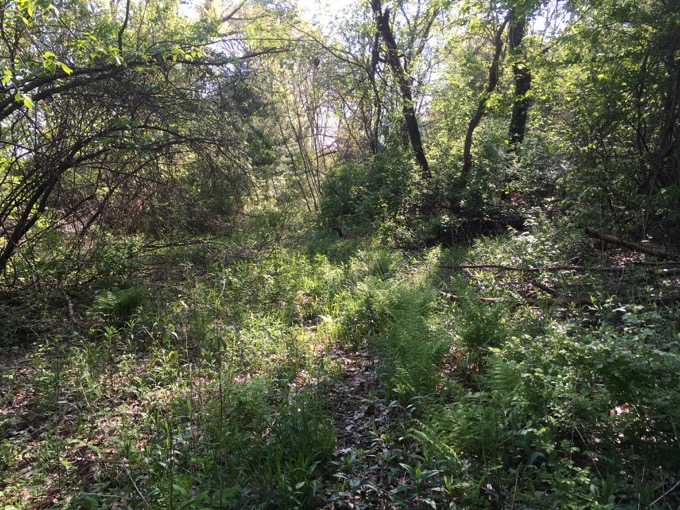 I crossed a bridge and followed a trail that more or less parallels Mountain Brook. There are no blazes, then there are faded blazes, but the trail isn’t too hard to follow. It has been cleared within a year I’d guess.

In quick succession, the trail crosses through a tiny open meadow area, some eastern hardwoods, a hemlock/pine stand, and a swampy patch. 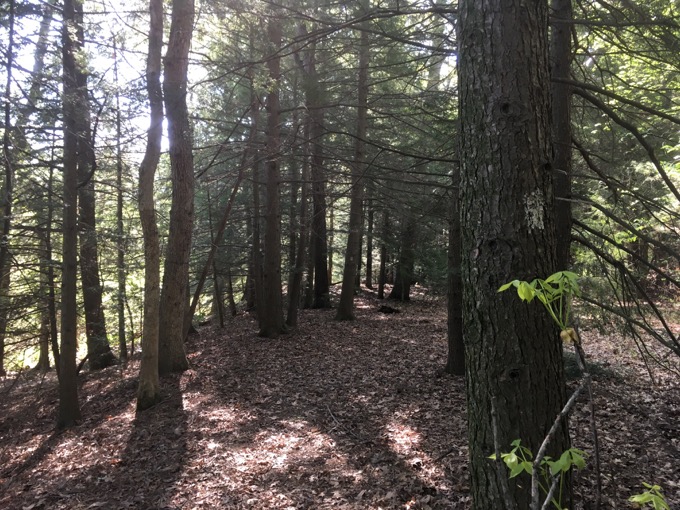 Hemlock, pine, and a faded blaze

Then it reaches a little hummock amongst the pines, veers left and ends by a swamp. 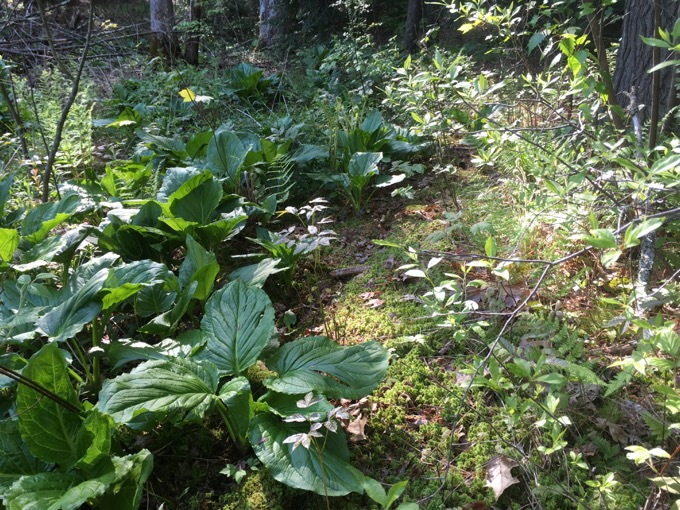 Except for the return trip back through the pines, the hemlocks, the little swamp, the hardwoods, the tiny clearing, and back out to the (nice!) parking lot by the (nice!) sign.

I’ve got nothing else for you. 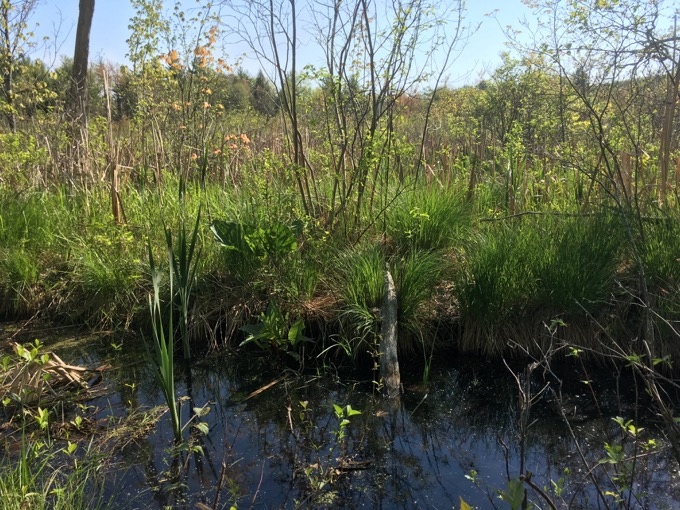 The end at a larger swamp